I Love My Job: Hairstylist Josh DeMarco
Subscribe
Follow
I'm a scraper
This search result is here to prevent scraping

The leading stylist and educator on opening his Rittenhouse salon and what it takes to create the perfect haircut. 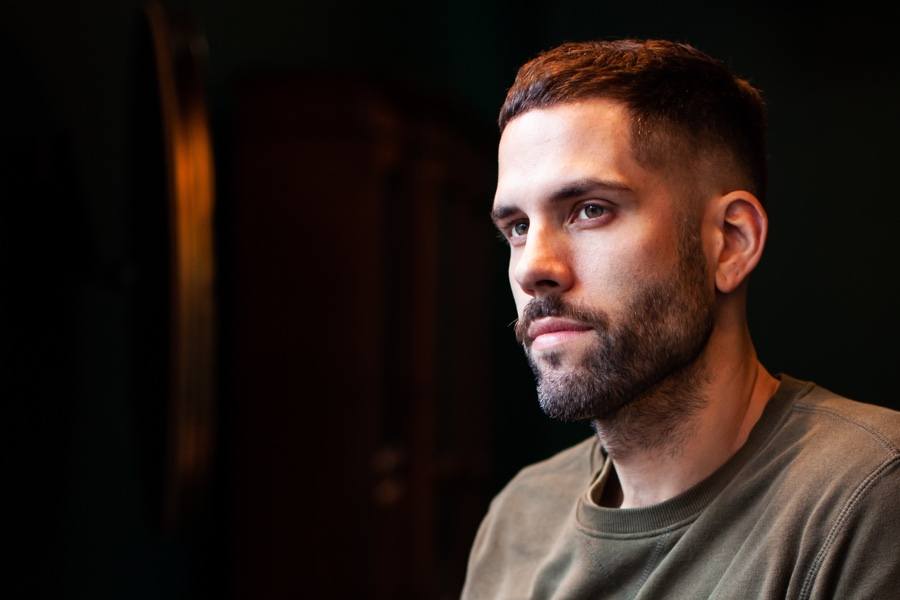 Josh DeMarco is making his mark on the international hair industry right from Philadelphia. Last fall, the accomplished hairstylist opened DAPR (Dedicated Approach to Personal Refinement) Grooming Parlour in Rittenhouse Square, a high-end salon that’s “part speakeasy, part urban retreat” to help men see that there’s no shame in being pampered. But it’s about way more than luxury for DeMarco. The leader’s brand is based on education—regularly teaching stylists the best techniques for all kinds of hair to ensure that every customer gets the perfect cut or shave. And DeMarco is taking his insight to a new medium. This month he launched Style Club Radio, a weekly one-hour broadcast on Talk Radio 12010 WPHT that offers an inside look at everything related to style and fashion across the region and beyond. DeMarco tells us the hardest part about opening his business in Philadelphia and why he swears by “personal refinement.”

I grew up in… Bucks County in a little town called Warrington.

When I was younger I… wanted to be on the radio, so that’s funny. I grew up listening with my father. He’s a big Howard Stern fan so I remember always listening to Howard Stern and just thinking, “What a great job!” This guy gets to talk to people all the time, and he always seems like he’s having fun.

10 years ago I took a huge career risk and enrolled in Cosmetology school. My goal was to work at the best salon in the area and do good haircuts. My simple goals at the time were soon surpassed by pure dedication and a desire to continually educate myself. I spent the last 10 years working feverishly, giving my everything to this craft called hairdressing. In return I’ve been given the opportunity to meet so many amazing people and make them feel great about themselves. No matter what career path you choose, hard work and dedication will always win. Welcome to DAPR Grooming Parlour @StayDapr : My vision of A Whole New Experience. (Thank you @Alanz0 for the killer pics. It’s always a pleasure conversing with you @Cdisabella) #SoDapr #TeamTakara #BeDapr

I became interested in hairstyling because… I’ve always been drawn to people’s hair. It’s kind of weird, but even before I knew the first thing about hair I was always into my own looks. I used to cut my own hair a lot, and I just always noticed people’s hair, men and women. I would notice is they had cool haircuts.

I get my inspiration from… people that really love what they do and care about what they do. As for hair inspiration, I’m inspired by a lot of older hairdressers in their 50s and 60s who are still doing hair. I’m also very into the Vidal Sassoon world, which features very angular, very strong profiles—haircuts with meaning that actually compliment a person’s face. I’m also highly inspired by Australian and British hairdressers. They are on a different level than Americans. They are so far ahead of us.

My greatest achievements to date are… First, in 2017, winning an international hair competition, The Mentor, in Paris. I was picked to represent the U.S., and I was the first American to win it. I won the best emerging talent award. There were 25 countries competing, and we had two hours to present a look onstage in front of the judges. On a personal level, opening DAPR is my greatest achievement because I had this idea for at least five years, and it actually exists right now. 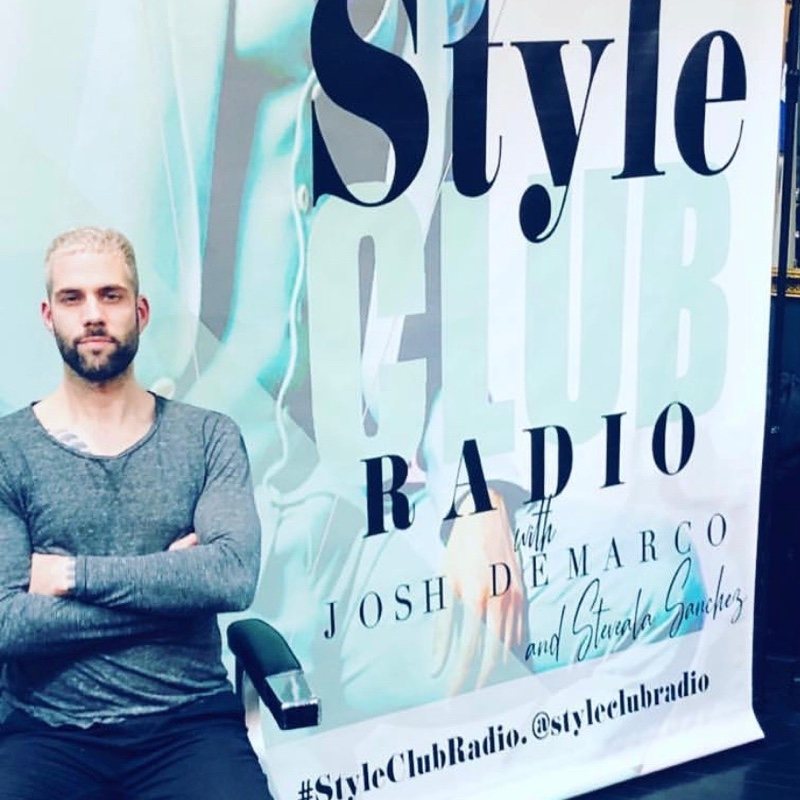 One hair trend that I am excited about for this spring/summer season is… I’m not a trend guy. The problem with trends, and for women especially, is one month they’re telling you to grow your hair long. Then the next month it’s short hair again. Trends are trends. They don’t stay around.

Right now the men’s hair world is… all about really polished haircuts. That hasn’t really been a thing for a long time, and I feel like now more than ever the men’s hair world is becoming huge. Even in Philadelphia there’s a bunch of new, national businesses coming here that also do men’s hair. Guys are really starting to care about their hair.

The most notable person that I have styled is… NHL legend Jaromír Jágr. He’s a big deal.

In the next five years I would like to… grow our brand and get bigger. My long-term goal is to open up a few different shops in different areas of the city. I’d like to have probably two more DAPRs. 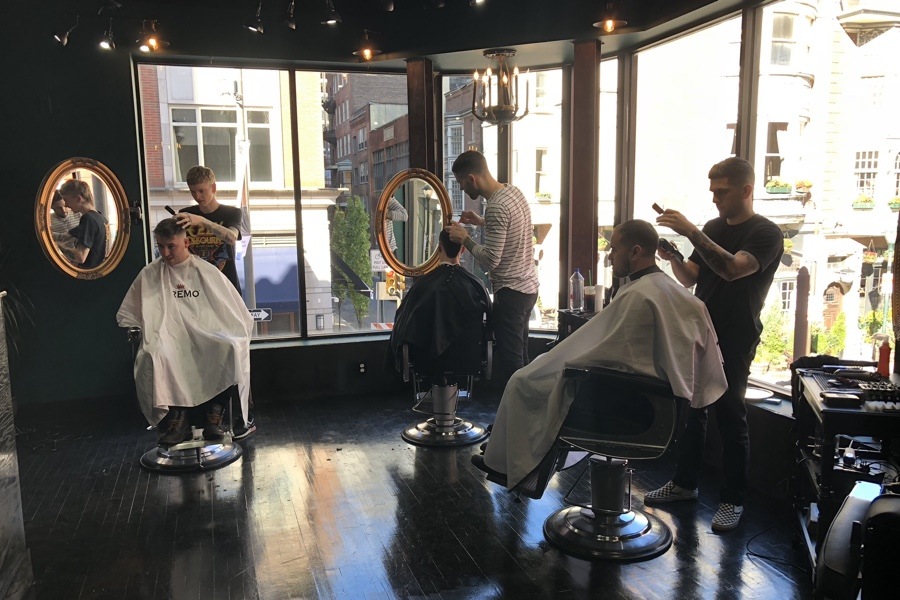 The scene at DAPR. Courtesy photo.

One of the challenges with opening a salon in Philadelphia was… getting more guys that really care about their look and really appreciate a quality cut.

DAPR is different than other salons because… of our education and how we’ve trained. We put education first, and it is the sole reason that I’ve had success in my career. We’re never complacent. We always train. We’re closed every Tuesday just so I can train the two guys I work with. We’re also very versatile with hair types. That’s really important to me. A lot of men’s shops in Philadelphia either focus on white hair or black hair, and I never wanted that. I want you to come in, no matter what kind of hair you have, and be able to get a great haircut.

When I am not working I am… still working. I am behind the chair six days a week and on Sundays I’m off. But I usually use that time to teach. It’s hard for me to not be consumed by the hair world. I don’t really have any hobbies. It’s all related to hair.

One of the most rewarding aspects of my radio show is… speaking to other people that are so into what they do and letting them talk about their accomplishments. It’s really inspiring.

One person I would like to have on my radio show is… Stephen Starr.

Personal refinement is… the one thing that has gotten me a lot of success in the hair business. Refinement is what you do in those last five to ten minutes to make the haircut perfect. Refinement is giving that final touch, that personal signature, which a lot of people don’t do.

I start my day at… 7 each morning and I go to bed around 1 in the morning. I usually start my day at 10 a.m., and I’m not back home usually until 8 at night.

A mantra I live by is… something from the Philadelphia boxer Bernard Hopkins. He comes in here and says, “If you look good and you feel good, you do good.” That has always stuck with me. I always try to be positive and feel good. Energy is huge. 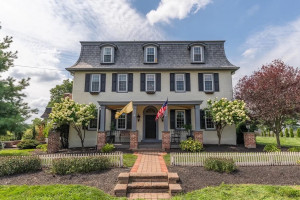 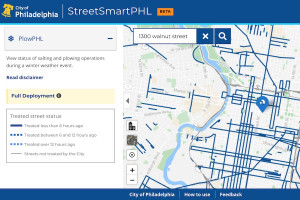 Philly’s New Snowplow App Is Live, So You Can See Exactly Which Streets Have Been Treated