I Love My Job: JDog CEO Jerry Flanagan on Why Veterans Are the Future of Business

The local Army vet has the results to prove it. His veteran-powered junk removal company has grown to include 200 franchises across 31 states in just five years. 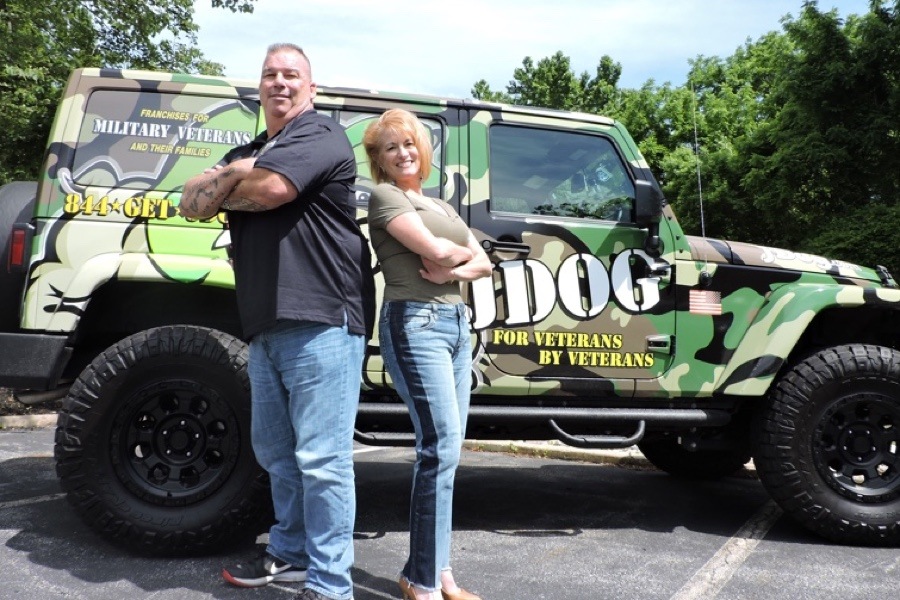 Jerry Flanagan and his wife Tracy Flanagan conceived of JDog Junk Removal & Hauling as a two-person operation in a Home Depot parking lot in 2011. The company now has more than 200 active franchise locations across 31 states and serves more than 40 million Americans, according to the company. It has also placed more than 100 veterans into business ownership positions and created 1,000 jobs nationwide. Courtesy photo.

If given the choice, Americans would choose veteran-owned businesses whenever possible, says JDog Brands founder and CEO Jerry Flanagan. That’s why the veteran leader says he was able to open 200 JDogs across 31 states in just five years. At the core of his mission is helping veterans access business ownership opportunities. In 2011, the company launched with JDog Junk Removal & Hauling, and last year, that arm of the company recycled more than 26,000 tons of junk and “salvaged millions of dollars of product for donation, resale, and reuse,” according to the organization. And with the recent launch of JDog Carpet Cleaning, Flanagan says he’s not slowing down. He’s determined to open at least 500 new franchises over the next ten years. Here’s Flanagan on the harmful misconceptions we still have about veterans in the workplace and why he likely outworks you.

I grew up in… Media, Pennsylvania, in Delco.

I define success as… being a great father to two daughters and a great husband first. And being happy and driven every day of my job as I help others.

I founded JDog… in the first quarter of 2011, right after my wife and I had gone through a personal bankruptcy. 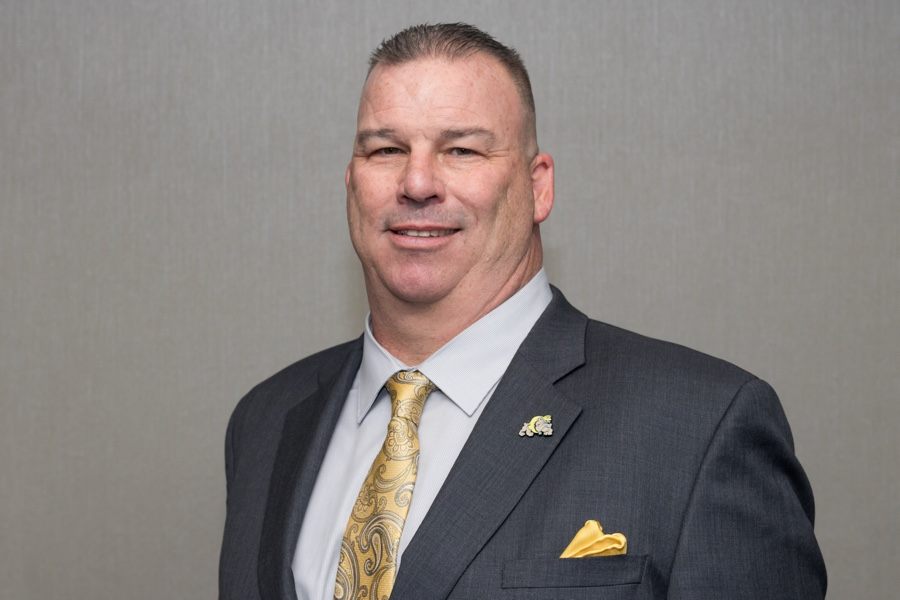 My favorite thing about the company is… that JDog is always trying to improve opportunities for military veterans and veteran families through business ownership. It’s more of a hand-up program and approach than a hand-down.

When consumers are using our services, they’re not just writing a check to a foundation, where they can’t really see or touch the result of their support of military veterans. When they hire them to do a job, they a get a real opportunity to give back to the veteran community in a meaningful way.

The veteran unemployment rate is… improving, but it needs to get lower. Our company mission here is to see that the veteran employment rate gets to under one percent. Our strategy over the next ten years is to saturate the United States with veteran businesses and then in turn they would hire veterans. That’s one way of getting that goal achieved.

The biggest challenge of expanding this business has been… trying to find like-minded people that have the same ambition and work ethic that I have. It’s very difficult to get people to see how much work it takes to be successful. But I’m doing a good job of surrounding myself with a strong team, but I think that’s been the biggest challenge, to have people see it the way I see it. 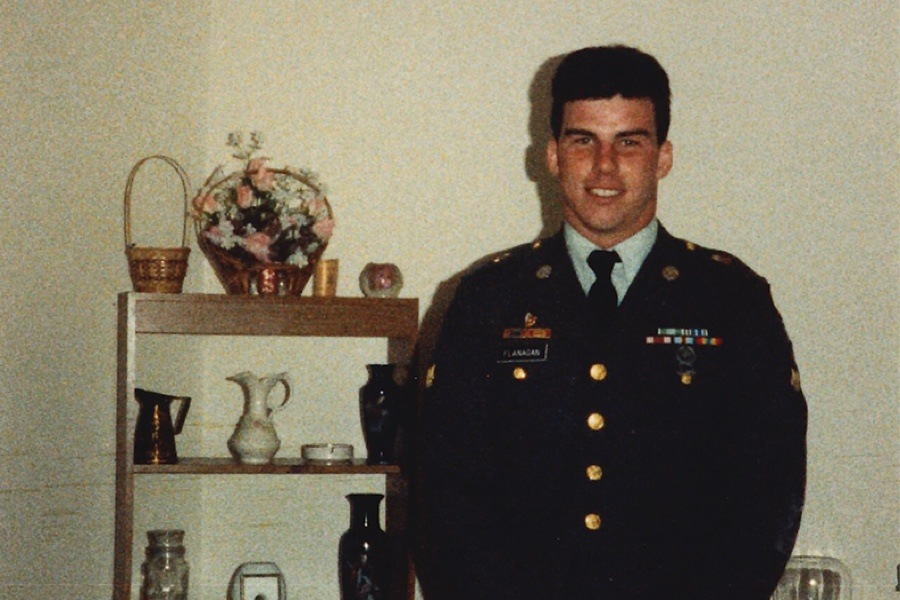 The military has contributed to my success by… giving me confidence in my ability to outwork and outhustle the other guy.

A misconception that our society has about veterans… is about how they act in the civilian workspace. I believe there’s this initial idea that there can be something wrong with them from a PTSD standpoint, that the veteran may act out of control at times or have anger issues.

But for JDog we’re allowing these communities to just put their arms around these veterans and see them in their comfort zone. They’re driving around in camouflage vehicles. They’re wearing their BDUs. They’re talking about their military experience. You don’t get that in a regular civilian business. JDog is breaking down that barrier.

I’m inspired by… the people I meet everyday in my business. The JDog network has allowed me to meet and get to know a lot of the strongest and bravest people on the planet.

The best career advice I’ve received is… Justin Constantine who’s one of these phenomenal speakers always says, “You’re stronger than you think you are,” and I think that’s probably the best career advice I’ve ever received. I think that we all are stronger than we really think we are. If you can capture that strength before the adversity comes, I think you can go a lot farther in life.

The best way to describe the veterans that I work with is… they’re amazing people. They are stronger people than you can imagine. They’ve been through things that we can only have nightmares about yet everyday. They still get up and try to improve their lives for their families. When you watch it every day, how they deal with their struggles, it’s amazing to see that they’re very, very productive members of society. They’re actually a lot stronger than the average person. 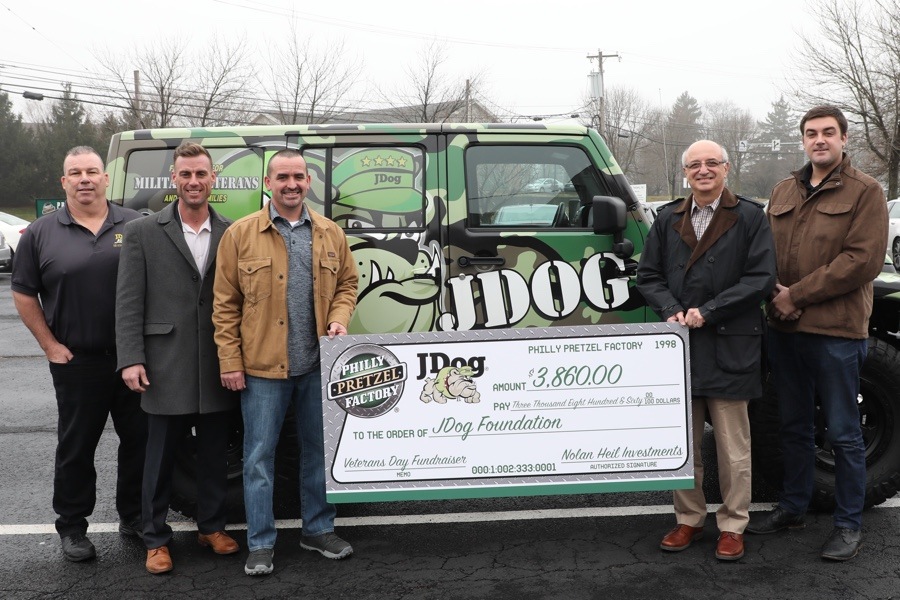 My hopes for the veteran community are… that we become the business leaders of tomorrow. I would really like to see veterans go back to post World War II times, when small business ownership was nearly 50 percent amongst veterans. It’s only five percent now.

A mantra I live by is… live every day like it’s your last. Follow your gut and you will never regret your decisions.

A personal goal of mine that I want to achieve this year is… I want to build another JDog system, which is JDog Carpet Cleaning. And I want to put another 25-50 veterans into business ownership this year under the carpet-cleaning brand.

In my day-to-day I…pretty much live on my phone. I’m constantly on social media. I’m constantly watching the competition, and I’m constantly building the brand, spreading the word about JDog. I’m more of a brand ambassador and a leader in our office. I spend a lot of time managing and supporting our staff at all the levels and empowering people. I’m slowly letting everyone run their departments where before I would run every single department. Now it’s coming to a point where my day starts in the morning around 6:30 or 7. That’s when I turn it on, and I usually shut it off around 10:00, 11:00 at night. I usually check the phone once or twice in the middle of the night.

One way the region can better support veterans is by… hiring them for their services when possible. They should go online and search for veteran-owned businesses and type in the service they need, and they’ll find a list of veterans that are in their area. You should give the veteran at least an opportunity to come in and give you a bid to try to earn your business. 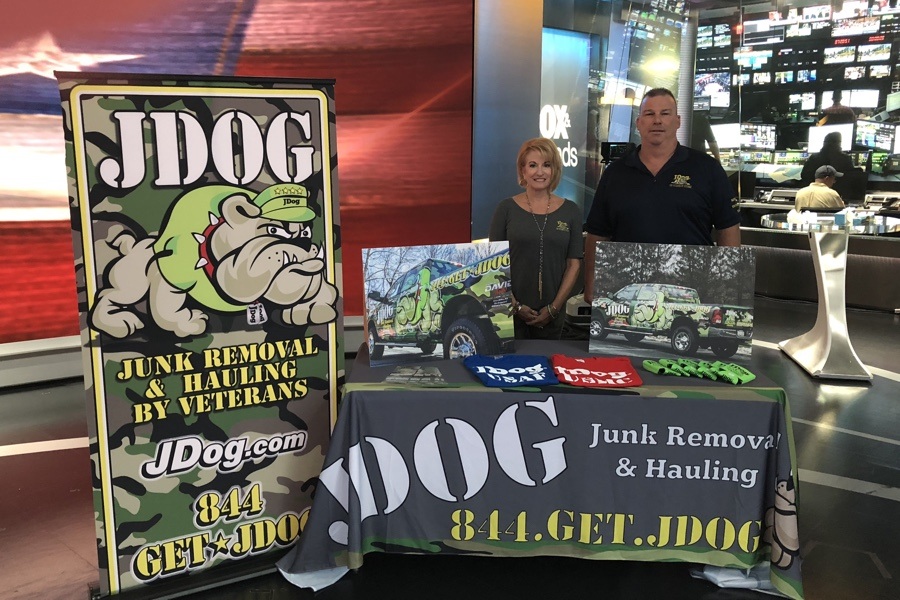 My biggest success to date is… my marriage to my wife Tracey and being a positive influence on my daughters.

My management style is… aggressive, empowering, and motivating.

To relax I… travel whenever I get the chance. When I travel, I travel. I’ll go out of the country and really go away. That way I don’t need to waste my time with weekends in the park.

My biggest fear is… failure.

When I am not working I am… working.