As a younger generation makes its way into the workplace, an older one will make its way out. Here's what that means for your open office and those office perks you've come to love. 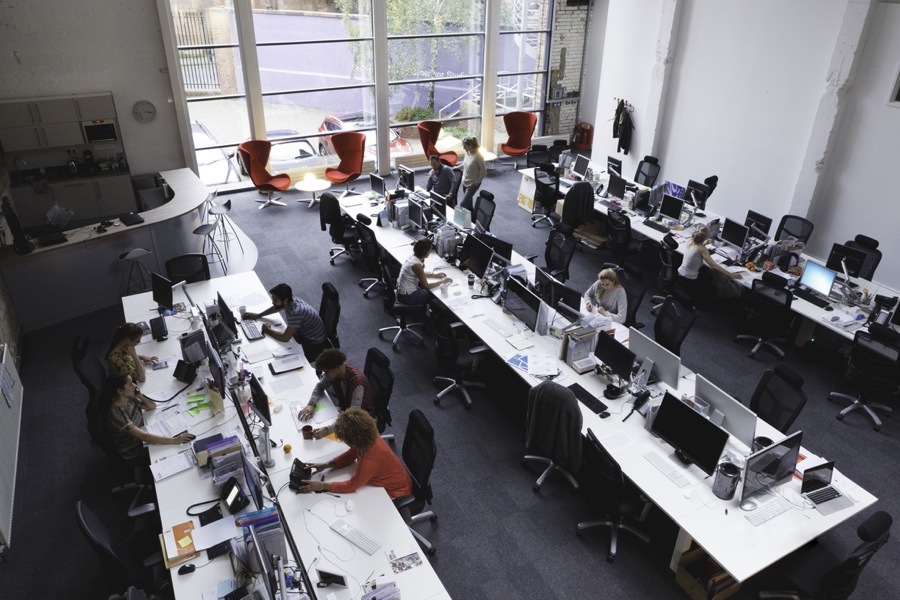 Your workplace and work life likely won’t drastically change this year, but changes are coming. A new, younger generation will make its way into the workforce as an older one makes its way out. Plus, the #MeToo movement isn’t going anywhere—there’s room for the movement to trickle down into many more workplaces. Buckle up. Here are the big trends likely coming to your work life this year.

We can finally stop talking about millennials. The new kids on the block are part of Generation Z, with the oldest members being 23 years old. They’re making their way into the workforce and are expected to make up about 36 percent of the global workforce by 2020, according to CNBC. The same report says that Gen Z accounts for 61 million people in the U.S., a number that’s larger than Generation X and two-thirds the size of baby boomers.

So how exactly might Gen Z impact your workplace? A new survey from Commercial Café set out to determine Gen Z’s ideal office layout, biggest productivity issues, amenity preferences and what makes them happy at work. The survey results show that Gen Z wants to kill the open office. They overwhelmingly responded that home and private offices are their ideal layouts. Aside from privacy and independence, noise control and natural lighting were among the most important things to them at the office. Gen Z would also prefer snack, food and beverage options at the office to the game rooms that have become popular in the past decade.

Baby boomers will increasingly make their exits from the workforce in 2019. According to a Glassdoor report, the first wave of baby boomers reached retirement age in 2011. “For the first time in U.S. history, there will likely be more retirees in America than children under age 18 by 2035,” Glassdoor said.

As baby boomers continue to make their way out of the workforce, the pool of experienced workers will shrink making it harder for hiring managers to fill positions. But as Fortune points out, many boomers have also put off retirement, which has “created a persistent bottleneck of C-suite positions and other senior roles occupied by folks in their 60s and 70s.” Their decision to retire could mean greater opportunities for workers of younger generations.

3. Nanodegrees for the Win

Two popular platforms — Udacity and Coursera — offer online instruction in business, computer and data science and more. This month, Penn started offering its first-ever online master’s program in computer science through Coursera. The online course costs students just one-third of what it takes to earn the degree on campus. “Future job applicants may have a constellation of nanodegrees rather than one diploma from a single institution–and the most-qualified students may take different paths from high school to the workforce, and still possess skills that can be put to immediate use,” Inc. said.

Job ghosting is on the rise nationally, and the trend is alive in the Philly region as well. One reason for the uptick in the shady practice is dissatisfaction with one’s salary. “People are losing patience with the piddling 3% salary increases employers have been handing out for the past decade or so,” Fortune said. “If you feel pinched financially than a year ago, you’re not imagining it: Inflation-adjusted wages actually dropped 1.3% in 2018, in almost every industry except IT, and everywhere in the U.S. except (surprise) the San Francisco metro area.” Though people report feeling happy at work, they’re job hunting anyway, citing pay as the biggest reason, according to the publication.

MeToo’s impact hasn’t hit a lot of workplaces. In a Fairygodboss survey released last month, 57 percent of women surveyed reported feeling that circumstances had mostly stayed the same for women in 2018, while seven in ten reported #MeToo had no impact at work. But as the movement picks up steam across visible sectors, awareness only increases. In 2018, more than 200 powerful men accused of sexual assault and harassment lost their jobs, and forty-three percent of their replacements were women, according to a New York Times report. “Of those, one-third are in news media, one-quarter in government, and one-fifth in entertainment and the arts,” the publication wrote. “The analysis shows that the #MeToo movement shook, and is still shaking, power structures in society’s most visible sectors.”

For those looking for support in their workplace this year, try taking the following steps, according to MarketWatch: find powerful allies who will listen, organize where you can, take initiative in anti-harassment efforts, make the business case for reform, don’t bury your feelings, ask for information, support victims of abuse if you can, and most importantly, don’t lose hope.

During COVID, We Moved Out of Our Fishtown Rowhouse Into a Rural Farmhouse