Five Below Is Finally Testing Its Ten Below Store Concept

The retailer’s flagship Market East location has unveiled a section with furniture and tech, where prices peak at ten bucks. 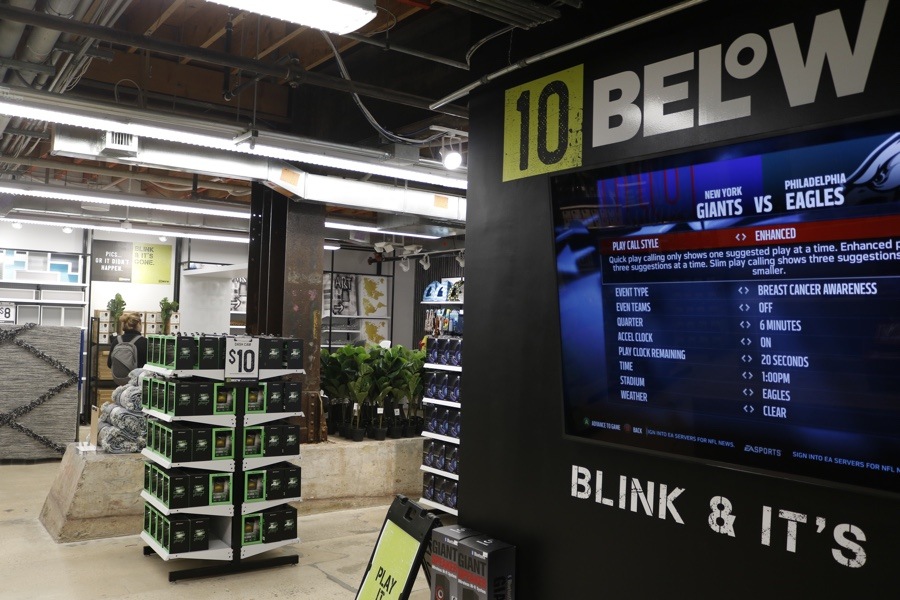 Ten Below. Photo by Evan Easterling.

Philadelphia-based bargain retailer Five Below has rolled out a new concept. Its flagship Market East store has unveiled a Ten Below section, which fundamentally stands as a mini store on the lower level of the bi-level space.

Located at 701 Market Street — the company’s headquarters where Five Below opened its 600th location last year — the Ten Below section is in the midst of a test run.

Like the name suggests, items in the new section generally peak at $10. Customers can find modest furnishings like chairs, small wooden tables and shelving. Home décor items like throw pillows and planters are peppered throughout the space along with tech appliances and accessories including bluetooth speakers, dash cams, gaming controllers, video games and keyboards. Plus, items for pets are available like beds, toys and sweaters for the fall season.

Five Below could not be reached for comment about its plans for 10 Below, though a spokesperson in the store told Philly Mag that the test location launched on October 18th.

Last year, the corporation filed a federal trademark lawsuit against 10Below, a New York-based rolled ice cream company that opened a location near Rittenhouse Square. The location has since closed.

Five Below argued the ice cream company’s name is too similar to its moniker, citing that it applied for trademarks on “Ten Below” and “Five & Ten Below.” For now, 10Below’s three New York locations haven’t been forced to rebrand.

When David Schlessinger and Tom Vellios thought of the concept, they identified that teenagers and their parents represented a market worth $200 billion. Now there are ambitions of riding graphic tees, candy, knickknacks and headphones to a 2,000-store presence across all 50 states.