The financial leader talks mergers, why she reads a book a week, and what it means to be one of the region's highest-paid women. 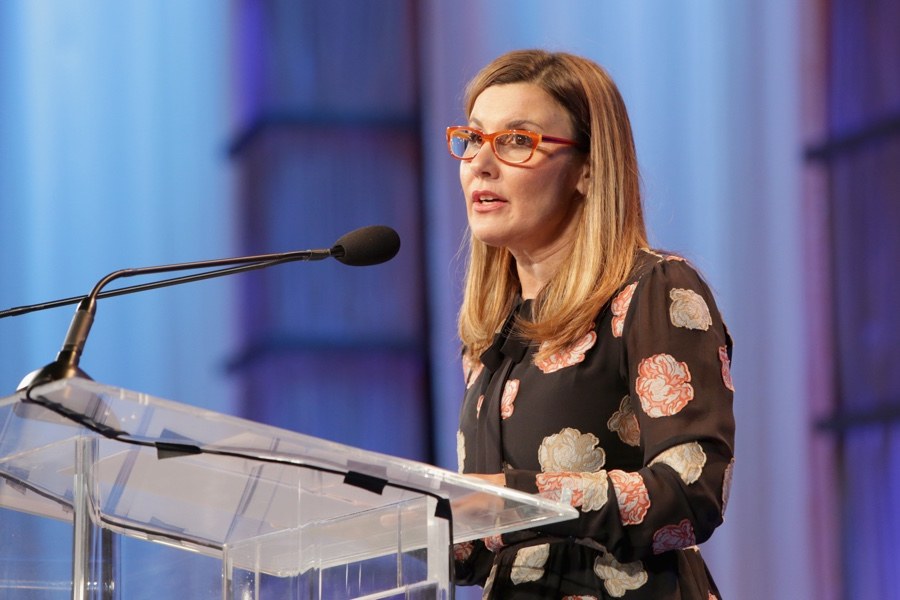 Joanne Ryder joined Beneficial Bank 11 years ago in July 2007 as the institution’s director of marketing, and it didn’t take long for the leader to swiftly advance at the company. By January of 2012, Ryder was named executive vice president and director of brand and strategy. Now, at 43, she’s been executive vice president and chief administration officer at the bank since April 2015.

It’s been quite the ride, Ryder explains, and with her company undergoing a major shift, the EVP says it’s important, particularly for women, to always be resilient. In her spare time, she sits on the board of the PA Conference for Women, which is back this year on Friday. Ryder explains why she reads a book a week and what it means to be one of the region’s highest-paid women.

I grew up in… the Northeast in Oxford Circle.

Growing up, the role models I had were… Dorothy Hamill and Mary Lou Retton. I had sports figures as role models for women. Madonna was popular in the music world at the time. But there weren’t that many women.

My first day on the job at Beneficial was… a very crazy day. I walked in, and they had just gone through a merger and were doubling in size. They just threw me into the fire. I had to hop on the telephone since the call center was blowing up at the time with customers calling with questions. I had to put customers on hold or transfer them to a branch. It was all hands on deck. That was 11 years ago. 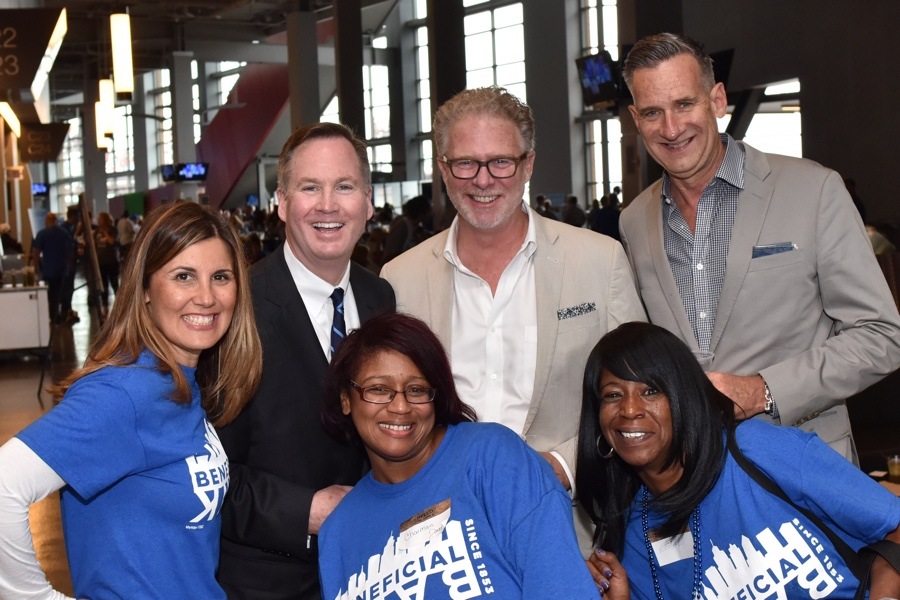 I found my voice at Beneficial when… I decided that it was okay to have a different opinion than my peers. The one thing I find that I do much differently is, not only am I a woman, but I’m also a creative thinker and they are very analytical thinkers. I would find myself often thinking there was something wrong with me and my opinion. Once I embraced my diversity of thought, I stepped into my place here and my voice.

The last book I read was… Principles by Ray Dalio. I’m constantly reading. I read a book a week because I like to read about people who have been in the business world and are sharing their thoughts on their experience.

My favorite place to relax in the region is… my Shore house in Margate that I love to go to.

On the weekends I… am a chauffeur…for my son. I take him around from sporting event to sporting event. He’s very active whether on the soccer or baseball field.

My favorite snack is… peanut M&Ms.

One thing I can’t live without is… Google. I can search anything on Google and get the answer.

My go-to power outfit is… anything Tory Burch. Huge fan!

The most difficult part of my job is… managing my CEO.

Something most people might incorrectly assume about me is… that I’m shy. I’m very quiet at first until I get very comfortable with people. 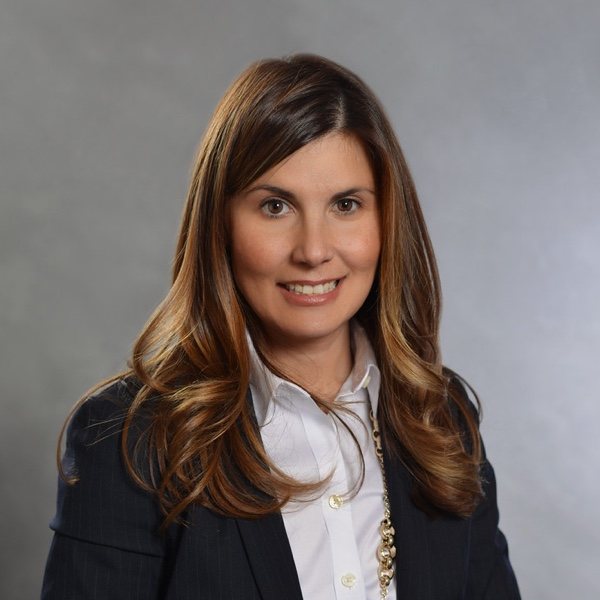 I balance the many different roles I play by… on the business side of things, I have a strong team. I believe in hiring the best people and getting out of their way. I have people I can trust and can rely on. In my personal life, I have a great relationship with my husband. We tag team all of our chores.

Thinking creatively means… thinking without limits. Anything is possible. No idea is a bad idea. The more obscure an idea, the better it can be.

A Beneficial project I’m really proud of is… our campuses. They’re a different take on the branch store. We call them campuses because they’re a cross between an apple store, library and Starbucks. We have 14 campuses total and none of them have teller lines. There are seminars and other fun things going on. They’re open to the public.

One thing I wish I were better at is… being more patient. I’ve gotten better over the years, but it’s still not where I need to be.

Mergers are… good because it gives you a chance to take the best of both companies and create one dominant player in the market.

The future of banking will be… payments, like Apple Pay. Everything is going digital. Physical money may go away as we move to the payments space and people will adopt that. 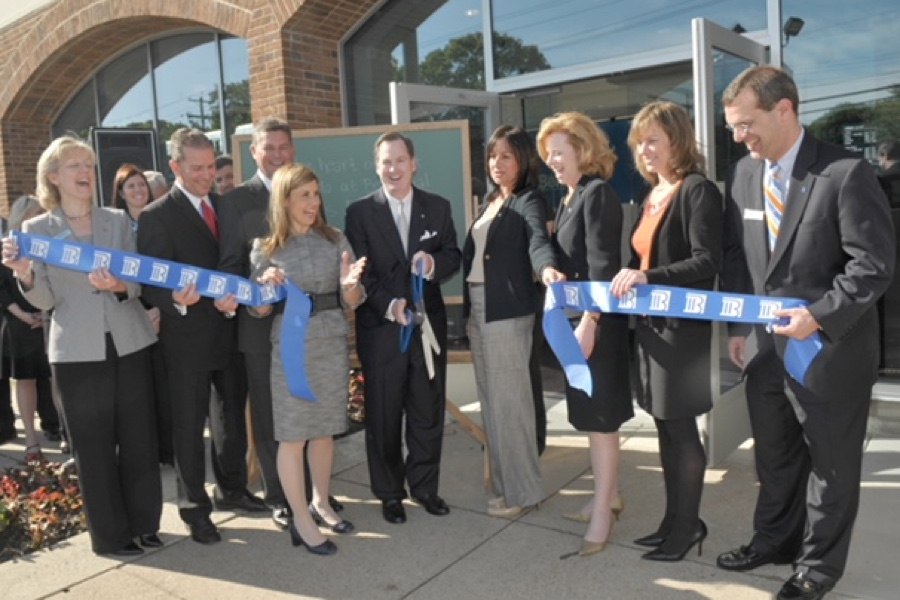 Chase’s entry into the Philly region means… more opportunity for local banks to serve the local market because we know it best.

Something more companies should do to address the gender wage gap is… pay people what they’re worth now instead of waiting till it’s mandated. Be proactive in making sure women and minorities are paid fairly.

Being one of the highest paid women in the Philly region means… it’s possible for any woman to be in the same spot as I am.

My role in advocating for female leaders is… never done.

The PA Women’s Conference is necessary now, more than ever, because… of the conversation taking place across the nation. The more we can talk about it and bring people together to find solutions, the better off we will be. 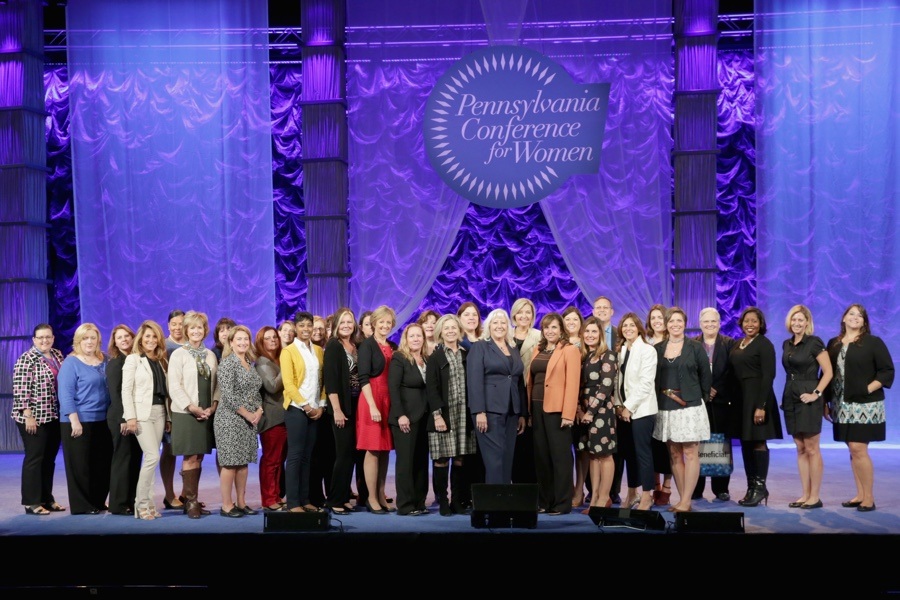 My favorite memory from the PA Women’s Conference is… meeting and introducing Michelle Obama last year. The minute I met her, it felt like she was my best girlfriend.

My advice to all women is… you need to be resilient in fighting for what you believe in and what you’re trying to accomplish. You can’t stop at “no.” You have to keep pushing. With all of us pushing and pushing, eventually, and you can see it now, starting, you’ll get there. The inertia is natural. You have to have a tough skin and be resilient.

In five years, I see myself… running my own business. I’m not sure what kind yet. Something in retail. I’m fascinated by startups, and I’m trying to figure out what my idea will be. I’d like to get more involved with the startup scene here.