Workers in Philly are feeling shortchanged more so than workers in most other cities, according to a new study. Here’s why. 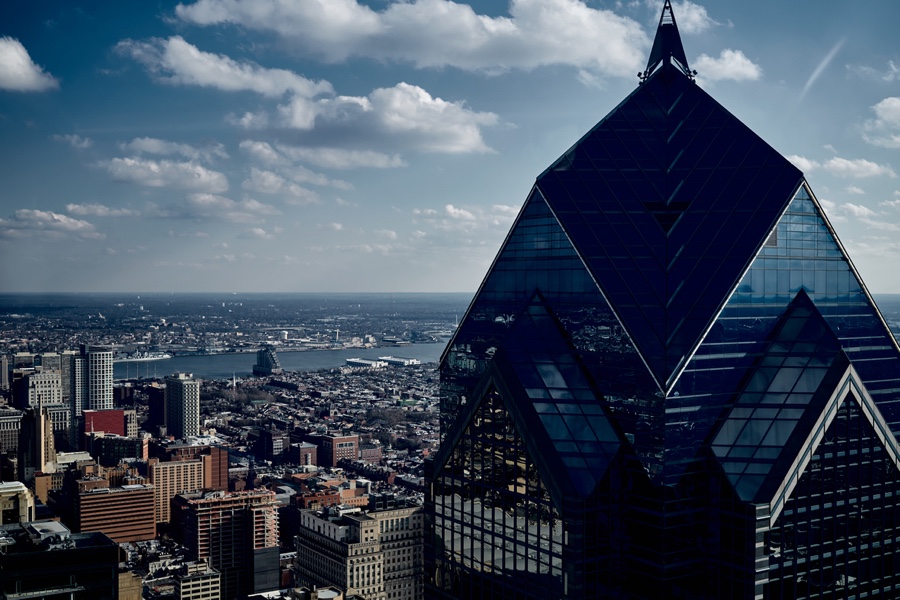 If you work in Philadelphia and are unsatisfied with your compensation, you’re certainly not alone. A new survey of more than 2,800 workers across 28 U.S. markets found that in certain cities people were more likely to report feeling underpaid — and, unlucky for us, Philly is one of those cities.

Global staffing firm Robert Half conducted the study and ranked Philadelphia fifth on the list of cities with the most workers who feel underpaid. A whopping 52 percent of surveyed Philadelphians felt they weren’t being fairly compensated, though San Diego led the group by a wide margin:

Nationally, the situation is a little less bleak. About 49 percent of surveyed professionals said they are paid fairly at their jobs, while 46 percent think they are underpaid. The remaining 5 percent of respondents actually admitted to feeling overpaid for their work.

Some of the cities with the fewest professionals who report being underpaid should come as no surprise. Because these cities are some of the most expensive to live in, salaries must often meet a higher bar. The top five cities in this category include New York and San Francisco, where fewer than 40 percent of respondents reported feeling underpaid: 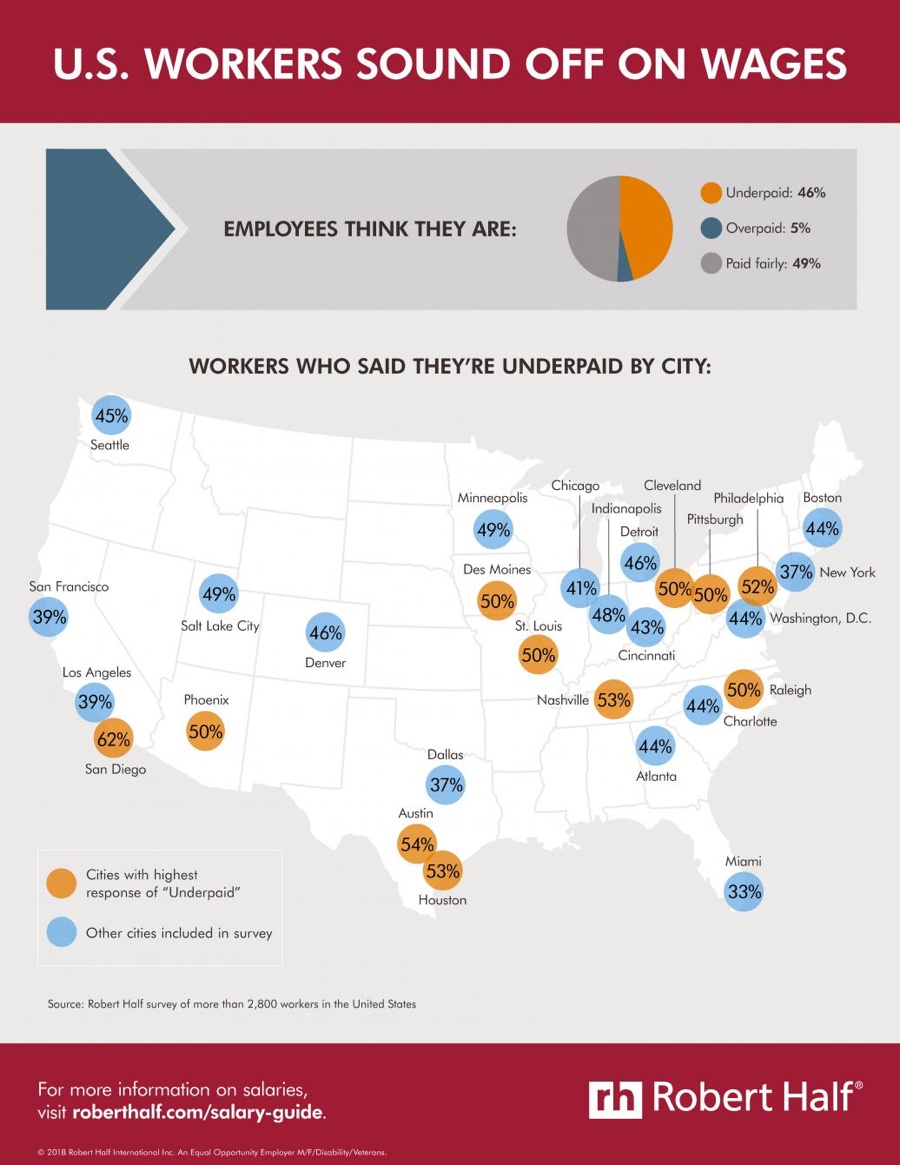 U.S. workers on wages by geography. Image via Robert Half.

The study also looked at the survey results according to age, gender, income and education.

And women (49 percent) were likelier to report feeling underpaid compared to men (44 percent).

Those with a bachelor’s degree or higher (50 percent), in addition to those earning more than $100,000 per year (57 percent), were most likely to say they’re being paid fairly.

So why are Philadelphians likelier to report feeling underpaid?

Robert Half Philadelphia regional VP Christine Endres says the current dynamism in the region’s hiring market has a lot to do with it.

“The market for candidates in Philadelphia is hot right now. Because of that, we are seeing clients offer candidates not only a higher salary than what they’re currently making, but a more enticing benefits package,” she said in a statement. “So from that perspective, the worker could feel that they’re currently underpaid after seeing what is on the table from outside companies.”

And word of mouth — workers hearing about better pay and better perks from recruiters and friends — might also contribute to why Philadelphians are likelier to say they’re underpaid.

But, it could also be that some Philadelphians are onto something — they’re underpaid! Robert Half senior executive Paul McDonald noted in the study that some firms are possibly not keeping up with shifts in market demand and continue to use old job classifications and salary bands.

“If your organization has not renewed its compensation plan within the last six months, it could be outdated,” he said.

McDonald added, however, that high compensation shouldn’t be the only factor used to motivate employees.

“Professionals earning a healthy salary may still feel undervalued or underappreciated for their contributions,” he said. “Pay alone does not guarantee employee satisfaction or happiness. Organizations need to offer solid benefits, perks and incentives, along with a positive corporate culture, to attract and retain top performers.”

To view the complete survey and to learn more about its methodology, click here.