The groundbreaking procedure to remove a tumor was a success and further proves the versatility of robots in the operating room. 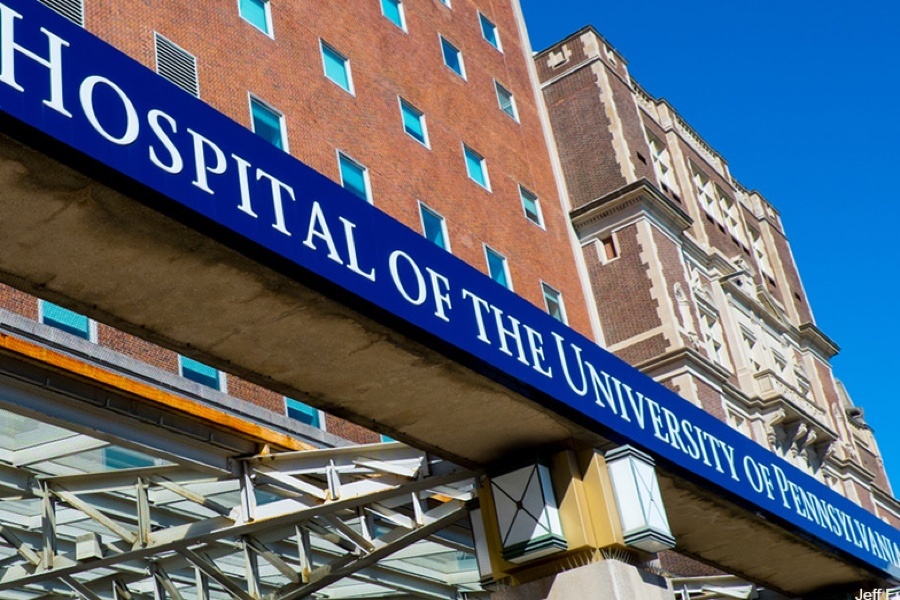 Hospital of the University of Pennsylvania.

Surgeons at Penn have officially made history after successfully completing the world’s first robotically assisted spinal surgery, the institution has announced. Doctors completed the procedure last August over two days and more than 20 hours. Now nine months later, the patient is back to his normal life.

Noah Pernikoff, a 27-year-old commercial contractor living in New York, became the first patient in the world to undergo the complex three-part, robotic assisted surgery after a car accident that revealed he had developed chordoma, a rare type of cancer located in the bones of his skull base and spine.

“I’m lucky because they caught mine early,” said Penikoff in a statement. “For a lot of people, if it’s not found and treated early, it’s lethal.”

Because of the placement of Pernikoff’s tumor, doctors determined that the best course of action would not be radiation but a trans-oral robotics approach, also known TORS, invented at Penn for minimally invasive surgeries to remove mouth and throat tumors.

And there were major risks. Complete removal of the chordoma could completely compromise Pernikoff’s spine, rendering him permanently paralyzed. At the same time, if the tumor was not removed entirely, it could grow back, potentially more aggressive than before.

The surgery was “a first ever use of a robot in this manner — a rare approach to an already rare and complex case,” said Neil Malhotra, the Penn assistant professor of Neurosurgery and Orthopaedic Surgery and the vice chair of operations in the department of Neurosurgery, who assembled the multidisciplinary team of doctors to treat Pernikoff. “Our team needed to reconstruct the removed area of Pernikoff’s spine using bone and rods, and that was only the beginning.”

Performed in three parts, the surgeons first went in through the back of Pernikoff’s neck to cut away pieces of the spine around the location of the tumor, without touching the tumor itself or damaging the spinal cord.

Next, Bert W. O’Malley Jr., a professor and chairman of the department of Otorhinolaryngology: Head and Neck Surgery, with the assistance of three head and neck surgeons, used a surgical robot to clear a path for Malhotra to remove the entire tumor, and part of the spinal column, directly through the mouth.

And finally, the team used bone from the Pernikoff’s hip to replace the missing section of spine and rods to restabilize the area where the tumor once was.

“The capability of this technology and procedure is revolutionary,” O’Malley said.

“This surgery was groundbreaking, and it’s a wonderful example of how versatile TORS is for tumors in the head, neck, and now spine.”