Pressbox — the “Redbox of Dry Cleaning” — Just Launched in Philadelphia

The startup wants you to get your laundry done with the help of some lockers and an app. But what about all of Philly's immigrant-owned dry cleaning businesses? 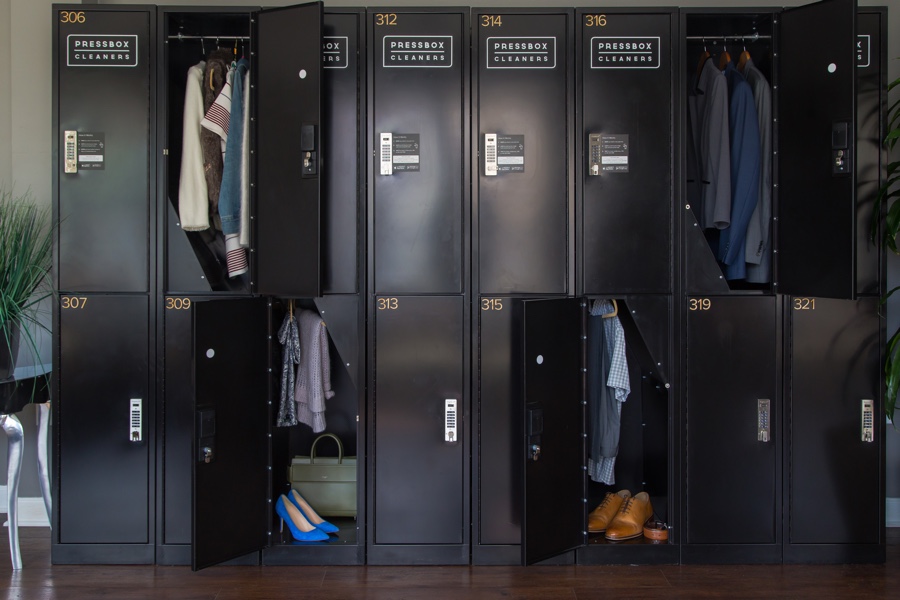 Philadelphians who are just too busy to a make a trip to their local dry cleaner can now request on-demand services through an app that just became available in the city. Pressbox, self-described as “Redbox but for dry cleaning,” launched in Philadelphia at the end of 2017 and wants to simplify dry cleaning for consumers who only need to click a few buttons on their smartphones.

Here’s how it works: Customers must simply place their dirty or damaged clothing in a numbered Pressbox locker and log into the app to place an order. A Pressbox driver picks up the items and drops them off at a third party cleaner. Once items have been serviced and returned to the locker, Pressbox sends a secure code that allows customers to retrieve their things.

And lockers are conveniently located in residential apartment buildings (usually on the ground floor) that the startup partners with across the city and in surrounding counties. Customers can access the lockers 24/7, and as long as an order is placed by 8 a.m., items are returned within 48 hours. All payments are processed through the app.

“It seemed to us that the way dry cleaning is handled is antiquated,” Pressbox cofounder Drew McKena told Philadelphia magazine of the startup’s founding back in 2013 in Chicago. “It looked like the service could use some hands-on technology.”

Pressbox is already available to around 7,000 apartment units at over 30 partner buildings in Center City, Bala Cynwood, Manayunk, Roxborough, Conshohocken and Ardmore.

As far as pricing goes, McKena tells me that the service will cost customers five to ten percent more than standard store pricing. A blouse costs $5.80 to clean, a pair of pants $5.75, a dress $11.55 and a sport of suit jacket costs $7.35. Customers can also get special services like shoe shining ($15), alterations ($25+), bead ($2.50+) and leather care ($40+) and wash and folds ($1.30-$1.50/lb). Repair operations like belt and zipper repair are also available but all nonstandard requests will take more time. Plus, there’s no delivery fee, service fee or membership requirement. 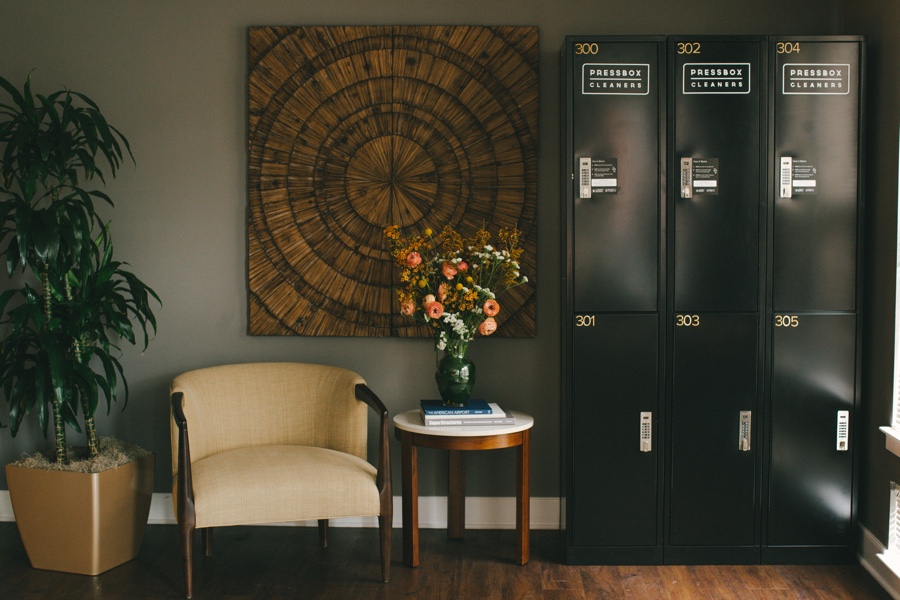 “Pressbox is a value added amenity that we get installed into buildings at no cost to them,” McKena said, “And we’re finding that in our mature markets, people who have used the service before and move ask why Pressbox isn’t offered at their new building.”

The elephant in the room is the chance that Pressbox could create some massive roadblocks for Philadelphia’s traditional dry cleaning businesses, many of which are owned by Korean immigrant families. The taxicab industry is still reckoning with ridesharing services, for example. Last fall, national outrage was directed at “Bodega,” a startup that planned to install pantry boxes in building lobbies, gyms and offices. Critics lamented that the startup would render mom-and-pop corner stores, typically owned by immigrants, obsolete.

McKena says his team is doing just the opposite, that Pressbox is creating and consolidating opportunity for the dry cleaning businesses that already exist in the cities where they’ve launched. Besides Philly, that includes Chicago, D.C., and Nashville. Unlike its competitors, Pressbox works with a single supplier in each city that remains independent and handles all of Pressbox’s volume.

McKena declined to share the identity of Pressbox’s Philly supplier but says it’s created a great opportunity for an operation that’s run by a local Asian American family. “They’ve been able to move out of their facility to one that’s twice its size,” he said. Pressbox has already doubled the local business’s bandwidth since January and plans to partner with them for years to come. “In each city we look for someone to grow with us and the business we’re working with in Philly now really wants to grow with us,” McKena said.

And in terms of access, the cofounder says the company doesn’t presume they’ll be the city’s dry cleaning option of choice. “There’s no requirement of exclusivity,” he said. “We’re trying to reach those customers, like doctors and lawyers, who have trouble meeting standard dry cleaning hours, for example. This subset values convenience, and we don’t presume we’ll have 100 percent of the market.”