The Philly coworking chain will be part of the largest network of entrepreneurial incubators in the Northeast. 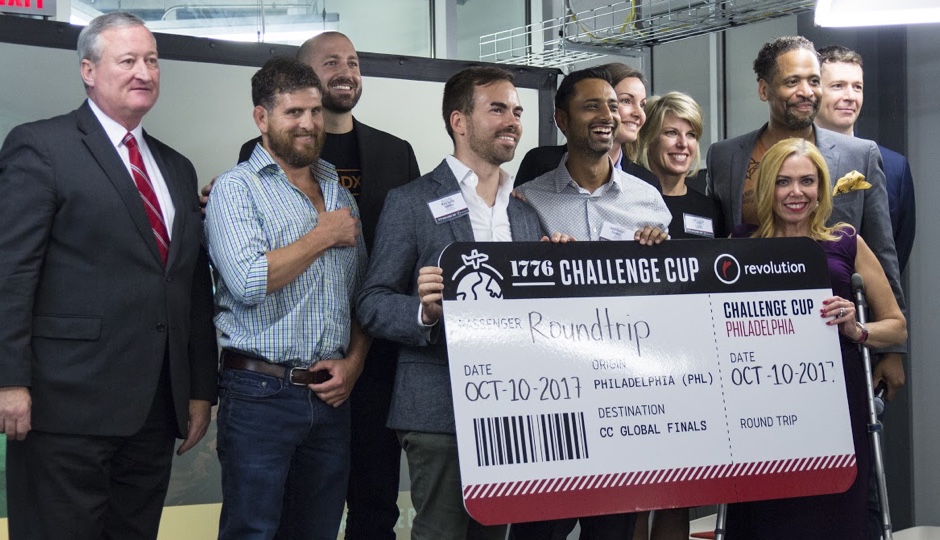 Philly-founded co-working network Benjamin’s Desk has announced that it will merge with Washington, D.C.-based public benefit corporation 1776. Both organizations say the merger will help them better meet their top goal: funneling more support and resources to entrepreneurs across the Northeast corridor.

Benjamin’s Desk cofounders Anthony Maher and Jennifer Maher will lead the organization’s daily operations as co-CEOs, and 1776 cofounder and CEO Evan Burfield will become executive chairman of the combined incubator network, which will operate under the 1776 brand. Terms of the deal have not been disclosed.

“Five years ago, we couldn’t find the right combination of resources to grow our family’s real estate startup, so we built them ourselves,” said Jennifer Maher. “In 1776, we’ve found kindred spirits who understand the impact entrepreneurs can make when they have resources, mentors, and inspiring spaces in which to work.”

Burfield echoed the sentiment: “1776’s mission has always been to challenge amazing entrepreneurs to solve big problems […] By combining with the Benjamin’s Desk network, we will be able to extend 1776’s work in a more dynamic and impactful way.”

The companies also announced that upon completion of the merger, 1776’s digital network UNION, will spin off into an independent tech company headed by Burfield. 1776 describes UNION as a global platform that powers startup hubs and corporate open innovation programs by giving users access to resources no matter where they are located in the world.

“After challenging entrepreneurs to solve complex problems all over the world, we realized the need for a platform that can connect startups to crucial resources while helping them stay in their hometowns,” said Burfield. “We expect that making UNION more widely available to other startup programs and co-working spaces throughout the world will help even more young companies create jobs and impact their communities.”

News of the merger shouldn’t really come as a huge surprise since the two companies have basically been working side by side this year. In May, they announced the joint venture Benjamin’s Desk Challenge Center powered by 1776, a strategic collaborative that aims to connect Philly companies to a global innovation network via UNION.

Jennifer Maher of @benjaminsdesk & Evan Burfield of @1776 reflecting on the awesome last 5 year's of philadelphia pic.twitter.com/K5YTqclPQn

When the partnership was announced, Mayor Kenney called it a big win for Philadelphia and an indication that outsiders take our innovation ecosystem seriously. The program also aims to work closely with Philly’s Department of Commerce to better promote Philly innovation on a national scale and attract more startups to the region.

1776’s introduction to Philly also brought the 1776 Challenge Cup to the city, a worldwide pitch competition that takes place in over 75 cities. More than 130 applications were submitted for the Philadelphia Cup and only 11 startups were selected to pitch on Oct. 10. Shout out to Roundtrip for winning Philly’s challenge last week! The company will go on to represent Philadelphia at the global finals held in Washington, D.C. later this fall.

And the co-working chain’s growth and dominance in the Philly market can’t be ignored. Benjamin’s Desk has eight different locations across the region that are already established or in development. So why would a homegrown company, and one that’s wholly bootstrapped be willing to give up the successful brand its built?

It’s about location and the opportunity to move beyond just offering space for entrepreneurs.

“We’ve spent five years watching member companies bring new jobs to Philadelphia, and we’re so excited about the potential to see members inventing new futures for communities up and down the Northeast Corridor,” said Anthony Maher.

Right now, more than one thousand growing companies and independent entrepreneurs operate from 1776 and Benjamin’s Desk facilities on 11 campuses across four states. The combined network will manage, operate or license nearly a quarter million square feet of office space, including more than 94,000 square feet currently operated under the 1776 brand and more than 138,000 square feet managed by Benjamin’s Desk and its licensing partners.

“The right mix of talent and resources can revive and reinvent the modern city,” said Maher.