Pa., N.J. Among States Giving Most Tax Incentives to Amazon

Here's how much they’ve pledged in perks long before the HQ2 competition. 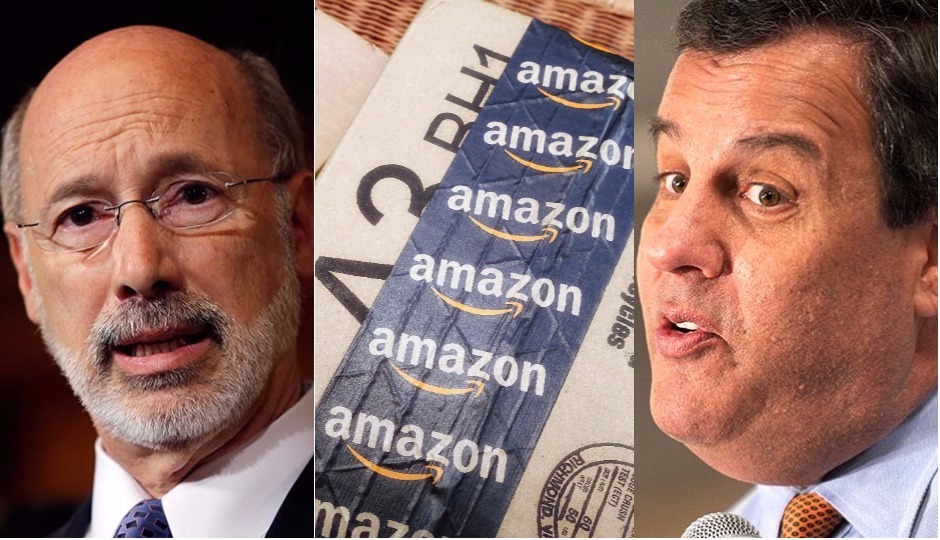 The deadline to submit bids for Amazon’s HQ2 is fast approaching, and over the last month, cities have made some pretty outlandish moves to draw the company’s attention. But a new report from the national Business Journal shows that cities and states are actually quite familiar with the Amazon dance in which they dish out billions in taxpayer subsidies and incentives. The publication found that at least $1.24 billion in taxpayer incentives and abatements have been awarded to the company in the last decade nationwide.

Because Amazon typically pledges to locate facilities and bring jobs to various locales, the subsidies come pouring in. In a ranking of the top 20 states that have pledged the most taxpayer subsidies in support of Amazon.com, Pennsylvania, which is home to 13 Amazon facilities, came in at No. 17 for $24.8 million in total known subsidies. The figure accounts for the dollar value of local and state tax abatements and subsidies awarded directly to Amazon or in support of its facilities, the Business Journal says.

New Jersey came in higher at No. 12 for $40.9 million in total known subsidies and the state is home to 14 Amazon facilities. And for Amazon HQ2, New Jersey lawmakers want to offer Amazon tax breaks worth up to $5 billion if the company delivers on the estimated 50,000 jobs it expects to create. For comparison, Oregon, which sits at No. 1 for the most incentives to Amazon, has 7 known facilities and $213.1 million in total known subsidies.

Over the years, critics have not remained silent on the incentives packages. Some have pointed out that entrepreneurs competing with the e-commerce giant have little opportunity to benefit from taxpayer-funded incentives. Greg LeRoy, executive director of the nonprofit Good Jobs First told the Philadelphia Business Journal that because Amazon has led to the decline of brick-and-mortar retail in communities and job loss in that space, why would states want to support it? “We argue to public officials that Amazon should pay to arrive rather than pay Amazon to arrive,” he said.

But proponents of the subsidies say states remain competitive when they fight for companies like Amazon that are shaping the future of tech and e-commerce. Dennis Davin, secretary of Pennsylvania’s department of community and economic development told the PBJ: “It makes economic sense to welcome companies like Amazon, in part to recapture retail-sector jobs, which, in the growing warehousing and fulfillment environments, are often higher paying jobs.”