I Love My Job: Cloudamize Founder and Chairperson Khushboo Shah

Shah tells all about the company’s big exit and the rewarding journey there. 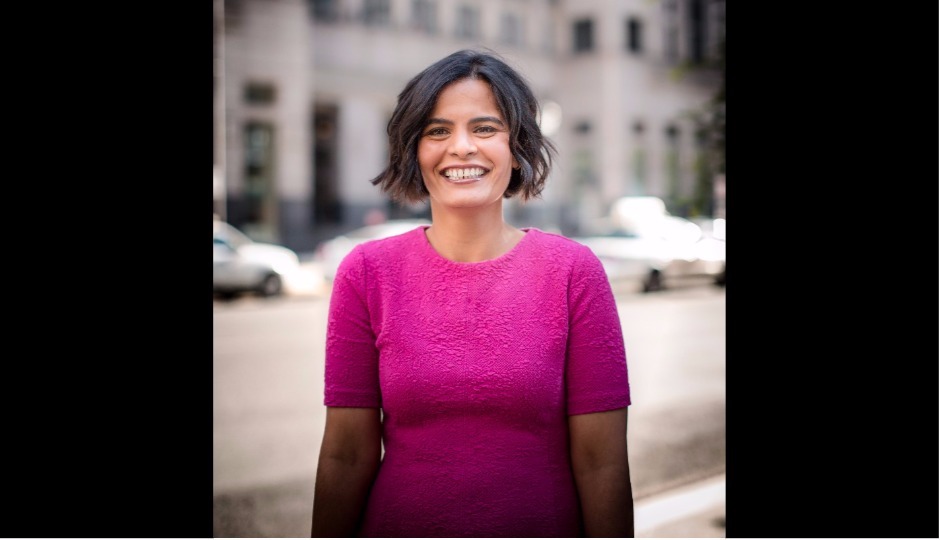 If you think you’re working hard in life, Khushboo Shah’s story will likely make you rethink the meaning of hard work. Just a week ago, Cloudamize — the infrastructure analytics startup that Shah launched just five years ago (fresh out of DreamIt’s Fall 2012 accelerator cohort) — announced that it will merge with London-based Cloudreach, a cloud computing consultancy owned by the New York-based investment firm Blackstone. News of the exit sent ripples through Philly’s tech community as local investors like MissionOG and DreamIt Ventures applauded the company’s steady growth and as Cloudamize execs called the acquisition a win for Philadelphia.

While the development represents a great Philadelphia story, it also speaks to the power and journey of Shah—an entrepreneur whose path has been anything but easy and traditional. Shah says being an immigrant, a woman and a mom are three big factors driving her resilience. Though she’s stumbled on many “bad times” as she says it, Shah’s constantly looking ahead, preparing for the next move. As Cloudamize’s chairperson, Shah tells BizPhilly how she fell in love with data in the first place and why the cloud is still revolutionary. She shares her excitement and worries around the company’s big news and where she hopes to be in five years. Ultimately, it’s all about impressing her daughters!

I grew up in… Ahmedabad, Gujarat, India.

I came to the states when I was… 22, right after I finished my bachelor’s in engineering. My parents wanted to go to US for higher education but they couldn’t go because they didn’t have enough money. So their goal was to send their kids. From when we were little, my brother and I were told that we were going to US.

Growing up, I was always inspired by… my mom and grandma. In India my grandmother had her own business when women couldn’t have their own businesses. She used male names in her signatures and she sent male secretaries to the business meetings. No one knew that it was actually a woman running the show. My mom is a pathologist and started her own business. She later started the first private hospital in our entire state with my dad, which they ran for six years. We went from having one scooter to having cars with drivers.

From them I learned… I could do anything I wanted to. When my friends were getting trained around cooking, cleaning, sewing – so they can be good homemakers – I was getting trained in computer programming, accounting, professional development, and various languages.

My parents would always say… my brother was the smart one, and I was the hard working one. If I wanted to beat my brother, I had to work twice as hard. I was one of eight girls in a class of 120 at the engineering school and that trend has continued throughout my career.

My first taste of the business world was… counting money for my parent’s hospital. That was my first job.

Something very special to me is… my girls. They are so precious to me. They are my energy. I want to set an example for them that they can overcome any hurdle and do anything they set their mind to. 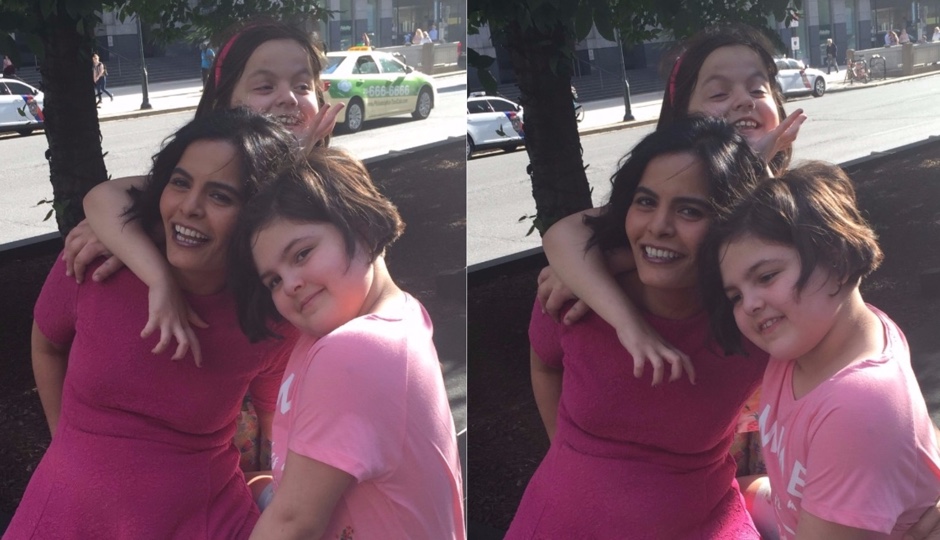 I chose to go to USC for my PhD in electrical engineering because… my brother was already there, so I only applied to one school. I learned a lot there including English as a language.

I came to Philly because… my husband is professor at the University of Delaware. I was bi-costal and commuted between Silicon Valley and Philly for eight years before I finally came to Philly. I was seven months pregnant with my first daughter and eventually couldn’t fly back and forth.

I was first drawn to data when… I first got exposed to terabytes and terabytes of it. This was at the Center for Applied Data Analysis (CAIDA) at the University of California, San Diego where I did an internship. They tapped into network traffic going to the internet and just analyzing that data and making sense out of that was fun! I felt like if I can draw insights from data and make it available to people then decision-making would be so much easier. I love data and the power it brings. We don’t realize how much data we consume on a day-to-day basis and how easy it is to make decisions based on that.

My work started with cyber security because… back in 2003, during my time at CAIDA, I played around with the data and found so many silent cyber security attacks that were going on. I felt like there should be a way to stop that on the fly and thought about writing some algorithms to catch them. I published my research along those lines and discovered there happened to be a startup that did exactly that. I was called to pitch my research to that startup and was then hired to implement my research, commercialize it, and bring it to customers. I loved it because I got the chance to help customers and drive impact. It was very satisfying.

A big difficulty I faced as a startup founder… is what all startup founders face: getting everyone — investors and customers — to believe in you and your vision.

But I faced many more challenges because I am a woman, and I care about my family and kids. I started Cloudamize right after my maternity leave, so that presented challenges. When I was raising money, I had many opportunities to move to Silicon Valley to get the capital I wanted and build a team of my dreams. But I couldn’t because of my husband’s permanent job that provided for all of us, including health insurance for my kids. I could’ve taken that risk, but I had to start something in Philly.

Something entrepreneurs should know about raising money is… don’t raise if you don’t have to since it always comes with handcuffs. If you absolutely need to, find a partner who will stand by your side no matter what. It’s like a marriage, and you want to select an investment partner who is going to stay by your side in good times and in bad times. And believe me, there are going to be many more bad times than you think.

I splurge on… quality time with my family and working out.

My secret talent is… never giving up, if that’s considered a talent. This isn’t to say that when something goes wrong I just keep on going. It’s that I learn quickly. I rebuild my energy and then keep on going. Sometimes I do this several times a day!

My snack of choice is… dried mangoes. They help with motion sickness so that I can work while in the train or in the car.

To someone who has never heard of “the cloud” I say… everyone who thinks they haven’t heard of the cloud is using the cloud. For example, taking pictures on your smartphone — where are the photos stored? In the cloud. The cloud is where data is kept and where your computing is done without you really needing to manage it everyday.

The cloud is still revolutionary because… Companies don’t need to buy hardware like they used to. Think about it this way: A company would never buy and manage their own water supply and delivery system. Instead they use the available water services and focus on the core aspects of the company. Similarly, there is no reason to buy and manage your own computing infrastructure. Instead, companies use the cloud and focus on the core aspects of their business. The cloud opens new possibilities in computing such as low costs, high efficiency, high agility—the list goes on.

People are still hesitant about moving to the cloud because… it’s new and companies have legacy systems. It takes time and effort to move these to the cloud. It’s also hard to drive change within an organization when it touches people, culture, and technology. There can be a lot of resistance within organizations to adopt the change.

A challenge in the data and analytics space right now is… one that’s always been here: getting high-quality data. If your data tells you that a machine’s cost is equal to “Tuesday,” it is very hard to perform analytics.

What excites me most about the deal with Cloudreach is… I get to pursue my vision of making a much bigger company. I see this as a continuation of Cloudamize only with more resources and the ability to drive bigger impact.

Something I’m afraid of with the expansion is… getting good talent that fits. I am usually slow with adding people to my team, and I’m always careful about the match because adding one bad apple can have a detrimental effect on the entire team.

The biggest lesson I’ve learned in entrepreneurship since pitching Cloudamize at DreamIt’s 2012 Demo Day is… believe in yourself. No matter how many people say “no,” don’t stop learning and never give up.

Getting my husband to join Cloudamize was… important. Without him, I couldn’t have done what I did. He is the brain behind Cloudamize. I’d listen to customers and figure out what they need, and he would build for their needs and beyond. I’m not sure how I could have a startup without his support and with two little girls. 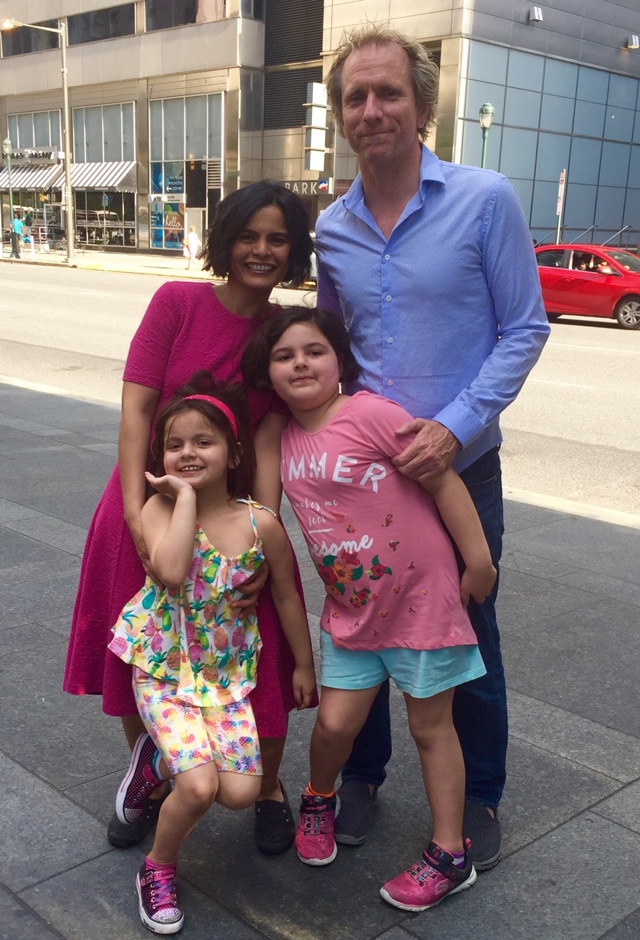 I’d like to travel to… any place with nature.

Stepping away from the CEO role at Cloudamize meant… less time on investor management and more time with customers and scaling the business, which I care about the most.

Bob Moul… was my coach through an MADV program at Temple University in 2012, and I had known him over the years even before that. He was previously my informal advisor. I used to discuss my tough problems with him. After I had the product-market fit, I was looking to gain more bandwidth so I could focus on commercialization and scale. Bob was the only person I could trust to bring on board as CEO since it felt like I’d known him forever by then.

Someone who inspires me now is… my mom. I have seen her struggles, and she is the voice in the back of my head when I am low saying, “Khushboo. This is not hard. You can do it.”

My favorite subject in school was always… math. It was the most fun.

People don’t know that I… am very critical of myself. My husband would say that I’m almost too critical. I replay my decision-making process and thoughts to figure out what I could have done better in a situation to avoid the same pitfalls the next time.

The best piece of career advice I’ve ever been given is… never take “no” for an answer.

I get nervous when… I’m doing something new for the first time.

A personal goal I’m currently working toward is… teaching my girls to speak Gujarati by this Christmas and helping my 8-year-old start her first business. She has some cool ideas.

In five years I see myself… being an integral part of digital transformation.