500 Philadelphians were surveyed about money and their financial futures. Check out the findings. 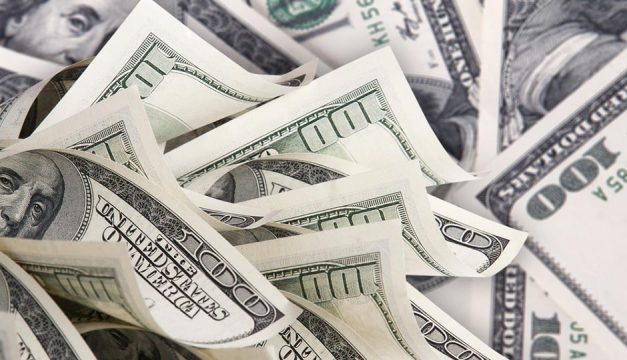 Charles Schwab recently released the results of its first-ever Modern Wealth Index survey, which assessed the thoughts and attitudes that 500 Philadelphia residents have about money.

To come up with the city’s overall Modern Wealth Index score of 47, Schwab looked at four factors: goal setting and financial planning; saving and investing; staying on track; and, confidence in reaching financial goals. The score puts Philly just below the national average of 49.

“With an average score of 47, Philadelphians are pretty comparable to average Americans, but there’s still plenty of room for improvement,” said Michael Martin, a VP and financial consultant at Charles Schwab’s Philadelphia branch. “In particular, Philly residents trail average Americans the most when it comes to financial planning, so that should be a focus area.”

And what else does this number represent? To get a better sense of what money means to the City of Brotherly Love, take a look at some other findings from Schwab’s survey.

2. You know you’ve made it in Philadelphia when…
You have $1.7 million. That’s the average amount Philadelphians said you’d need to be considered “wealthy” in this city. Nationwide, respondents put the average threshold for wealth closer to $2.5 million.

3. Debt? No sweat.
While only 43 percent of Americans make timely loan payments or have no lingering debt, the number jumps up to 47 percent in Philadelphia. Considering the number of medical professionals in Philly, this number is pretty impressive.

4. Things we can’t agree on:
The cost of living. 29 percent of locals are OK with the cost of living in Philly and say it helps them achieve financial goals. 26 percent think it’s too expensive. The other 44 percent either don’t feel strongly or are uncertain.

5. Philadelphians are proud of their city.
85 percent of respondents said that Philadelphia’s economy is doing as well or better than the U.S. economy, and over half think that Philly is one of the top cities in the country for both food and dining and arts and culture.

6. Financially, we’ll stay where we are.
64 percent of Philadelphians say that there is no hope of them ever becoming a millionaire, but despite losing faith in ever hitting that goldmine…

7. Philly knows what really counts.
75 percent of Philadelphians said that wealth is about spending time with family now rather than leaving behind an inheritance for them. A majority of respondents also said that good physical health and gratitude are each more important than money in measuring wealth.