The company will fork up funds to connect Chesco families to the public water supply. Residents complained that construction of the Mariner East II has contaminated their private water wells. 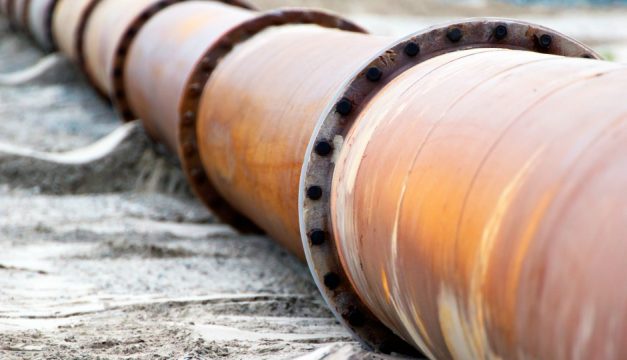 In an effort to make amends for tainting the private water supply of Chester County families last week, Sunoco Pipeline LP announced this week that it will pay to connect the public water supply to around 30 homes in the area.

Residents of Chester County’s West Whiteland Township first complained of cloudy water and low water pressure on July 3rd, a few weeks after workers began construction on the local portion of Sunoco’s 350-mile Mariner East 2 gas-liquids pipeline. According to State Impact PA, Sunoco had previously notified the township that drill crews had encountered groundwater, but hadn’t expected the event to lead to contamination.

When the complaints reached Sunoco, drilling was halted for five days, and affected residents were provided with bottled water, filtration systems, or hotel stays. The murky water, sent immediately to an independent water-testing company for analysis, was assumed to contain a contaminant known as bentonite clay, or drilling mud. Although full test results have not yet been returned, the initial water samples sent back to the township on Tuesday have contained no bentonite clay.

As residents await further details on the safety of their water, Sunoco has confirmed that the water will remain cloudy in appearance even if approved for consumption. “It’s going to continue to give the people cloudy water and they are never going to be satisfied,” township supervisor George Turner told State Impact PA, “We want them to have what they had before Sunoco ever came to town.”

Affected Chester County residents will get clear water on Sunoco’s dime, but it could take a while. While adding private lines to the public Aqua America water main for homes along Township Line Road will be simple, reports Philly.com, some involved houses are located further away, where a new main will have to be built by the water company.

As of Wednesday, Sunoco had not released an expected end date for the construction of West Whiteland Township’s new private water lines. Sunoco spokesman Jeff Shields says he anticipates the water problems will be temporary.

The contamination saga hasn’t been Sunoco’s only obstacle while building the Mariner East 2 across Chester County. On Monday, West Goshen Township requested an emergency order blocking Sunoco from establishing a pipeline valve station across the street from its existing Mariner East 1 pump station, rather than adjacent to it. The township claims the company violated its construction agreement.