Uber Adds Tipping in Philly, but the Option Won’t Save the Company

The feature just launched last week, and Wharton professor John Paul MacDuffie offers three reasons why it likely won’t help the company out of its rut. 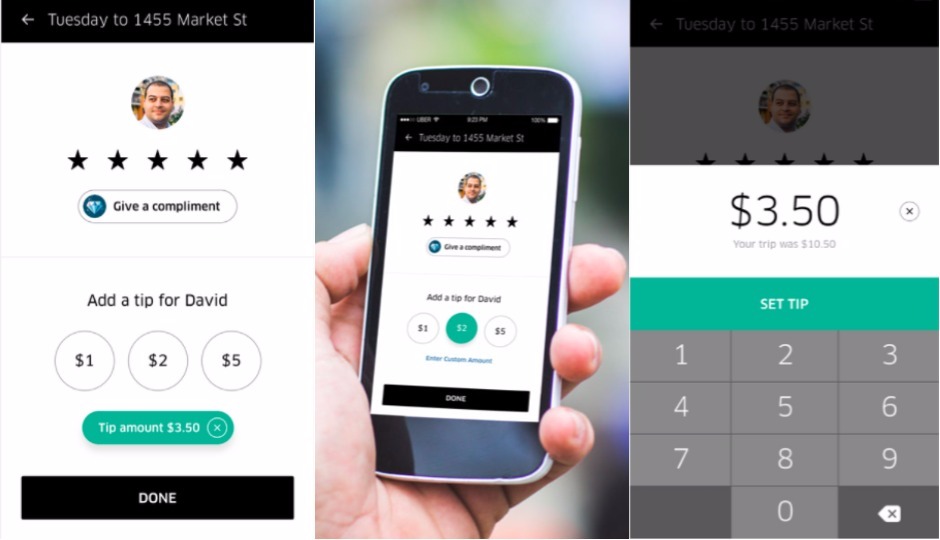 On Friday, Uber’s new tipping feature rolled out to users in the Philadelphia region as part of the company’s “180 Days of Change” campaign, an initiative aimed at improving the experience for Uber drivers.

The campaign includes tweaks like shorter cancelation windows—drivers receive a cancellation fee if a rider cancels after more than 2 minutes, down from 5 minutes previously; and, drivers will no longer have unpaid wait-times—they’ll earn a per-minute rate if they wait for a rider, starting 2 minutes after arrival. But the new feature that’s got everyone talking is tipping, particularly because former Uber CEO Travis Kalanick, refused to add the option, though riders begged for it for years.

Whether Philly riders choose to tip their Uber drivers or not, Wharton management professor John Paul MacDuffie, also director of the school’s Program on Vehicle and Mobility Innovation, offers three reasons why the tipping feature might not help Uber get the fresh start it’s looking for:

1. Drivers and Advocates May See the Tipping Feature As a Response to Crisis and Press For Even More Change

“The tipping feature in itself is significant, but since it comes at a time of crisis, it might look like a capitulation to pressure,” says MacDuffie. “If there’s a real change in attitude towards drivers to one that’s more supportive, and if this campaign is the first manifestation of that, then it might make a difference for the company. But if these things are for the public impression, or a short-term way to nullify drivers, it won’t solve any problems.” MacDuffie also argues that the campaign might even give rise to more pressure on the company, emboldening advocates who have fought for drivers’ rights. “Uber being weakened and maybe reconsidering some of its aggressive stance might embolden some of those who have been pressing Uber from either a regulatory or legal perspective to really push hard again on issues like whether Uber drivers are contractors or employees,” he said.

2. Some Customers Won’t See the Option As a Fundamental Change

Different customers have different gripes about Uber, says MacDuffie. “If the thing that troubles you about Uber are the accounts of sexual harassment, then tipping the driver is not going to be the thing that changes your view of the company.” Customers have so many things they can be unhappy with Uber about, he says. “Fixing the driver relationship is only going to be helpful, maybe with drivers and with the customers who have mostly been concerned about driver impact.”

3. What Matters Most Is How Much Drivers Earn Overall

In the end, what matters most to drivers is what they earn overall. “There’s no indication yet of how any of these changes will affect Uber’s basic policy on what they pay,” says MacDuffie. He added:

“We know that in some markets they’ve really driven down the pay to drivers enough that it’s viewed as unfair. Many of them have made investments like buying a new car, and if there’s no other competitor, then they may feel they don’t have a lot of choices. They’re disgruntled. They’re less motivated. They’re working a lot of hours, and that’s exhausting. That may not make them the safest drivers and any of those things could be another type of PR nightmare for Uber, quite aside from the things they’re doing with this 180 days policy.”