With a change at the top, the digital health startup says it's ready for more growth. 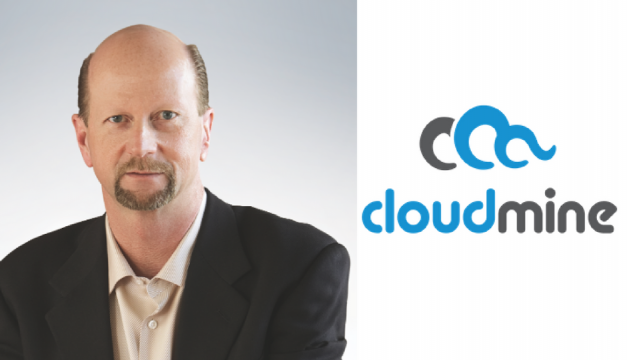 Wray, a veteran of Philadelphia’s health care industry, spent years as CEO of Bensalem life sciences company MNG Direct and was previously CEO of the global life sciences marketing practice at Cadient Group. Wray says he can trace a pattern throughout his career – one that he thinks will allow him to fit well with CloudMine. “I have a passion for spotting trends of change before they actually get operationalized,” Wray told Philadelphia magazine. Within the next few years, the new CEO believes programs like those built by CloudMine will become the norm for health care and life sciences. “CloudMine,” Wray said, “is really about getting it done. We’ve moved from a conception conversation about why this innovation should be done to a concrete and strategic conversation about how it will be done.”

Wray will be replacing CloudMine co-founder Brendan McCorkle. After his six years as CEO, McCorkle will transition into a new role as president and chief innovation officer, and since 2011, CloudMine has grown rapidly under his leadership. The company has around 30 full-time employees now and secured $7.3 million in its latest round of funding in April. With Wray on board, the company plans to continue this trajectory of growth. As Safeguard Scientifics managing director and CloudMine board member Mark Mitchell puts it, the transition represents a “key inflection point in CloudMine’s history.”

And when it comes to changes in the healthcare landscape, Wray believes that CloudMine has an inherent flexibility when dealing with customers, an aspect of the company he is determined to preserve as CEO. “We are going to need to be as agile as our customers will need to be to adapt to ever-present changes,” says. “We will likely see increasing demands for much more quantifiable outcomes and proof of concept. You’re no longer going to get a pass for not optimizing the power of technology.”

Wray is confident that the future of CloudMine will continue to be enhanced by the unique overlap of the technology and healthcare industries in the Philadelphia region. CloudMine began a partnership with cloud-based health care and API integration company Redox, and has developed programs for groups including Thomas Jefferson University Hospitals, the American Heart Association, Endo Pharmaceuticals, and Biomeme.