The Main Line Health facility will also renovate its current space before new construction is completed in 2019. 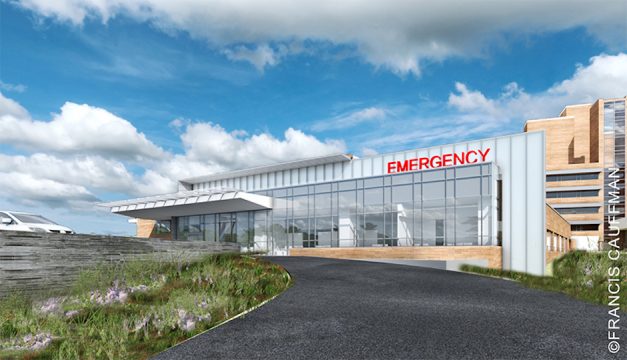 Less than a year after opening its Trauma Center, Wynnewood-based Lankenau Medical Center has already broken ground on another massive project.

Slated to begin in July, the hospital’s Emergency Department will receive a $52.8 million upgrade and expansion, the medical center announced on Tuesday. The project will add 32,200 square feet to the center, tripling the size of the Emergency Department and giving Lankenau adequate space to treat patients. The department was originally built to handle 35,000 patients per year, but now treats around 54,000.

Along with a new Level II Trauma Center that opened last September, executives say the expansion of Lankenau’s Emergency Department by 2019 will allow its team to provide better and more streamlined care. Numerous state government representatives and top executives at Main Line Health, the local health system that oversees Lankenau, were present at Tuesday’s groundbreaking ceremony.

Main Line Health has also announced that the Emergency Department at Lankenau will remain open for the duration of the project.