The Roberts Center for Pediatric Research could be the first of a four-building campus for the hospital along Schuylkill Avenue. 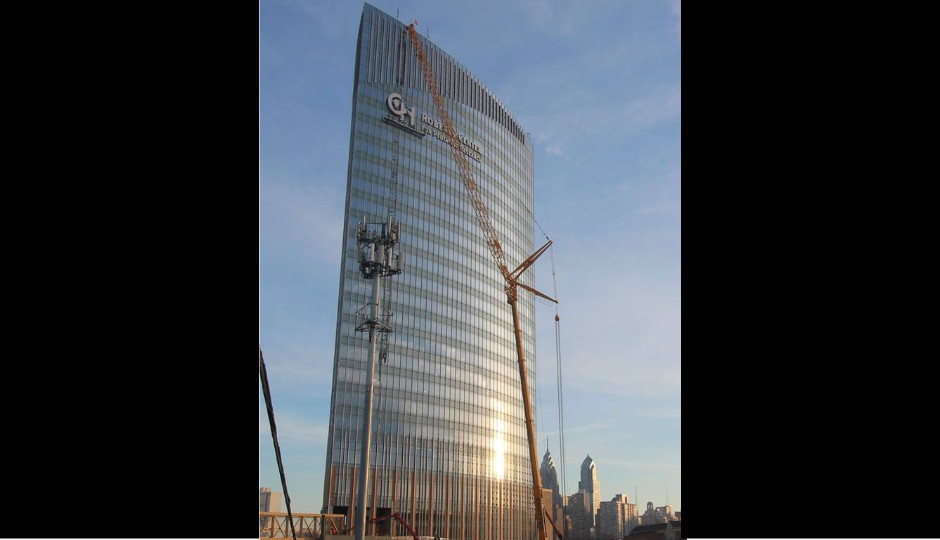 CHOP’s brand new Roberts Center for Pediatric Research is officially complete seven years after the hospital purchased the nine acres of land on which it stands.

The 21-story, $275 million building, comprised of 466,000 square feet of research and office space, will house about 1,200 people by 2022, the Business Journal reports (paywall). Employees have already begun relocating from their 3535 Market Street office building, which CHOP has occupied since 1991.

When the hospital acquired the property along Schuylkill Avenue back in 2010, the board wasn’t exactly sure what they’d do with it, CHOP senior vice president of facilities Doug Carney told the PBJ. Now the new tower might stand as the first of a 2 million square feet four-tower campus. It’s unknown when further construction on the site will begin.

Pelli Clarke Pelli, Cooper Robertson & Partners and Ballinger were commissioned to design the first building in a way that would “attract and retain national and international talent” and “fit into the fabric of the existing neighborhood.” Several elements achieve this goal, according to the designers: a new pedestrian bridge that connects those in the building and neighborhood to the Schuylkill River Trail, green areas accessible to the public, a plaza on South Street, and a first-floor café open to all.

CHOP hopes the new space will allow employees to do even better work. In September 2016, the Roberts family of Comcast donated $25 million to create the Roberts Collaborative for Genetics and Individualized Medicine, which will allow CHOP to put its existing genetics and genomics centers together for streamlined research and therapy development at the Roberts Center for Pediatric Research.