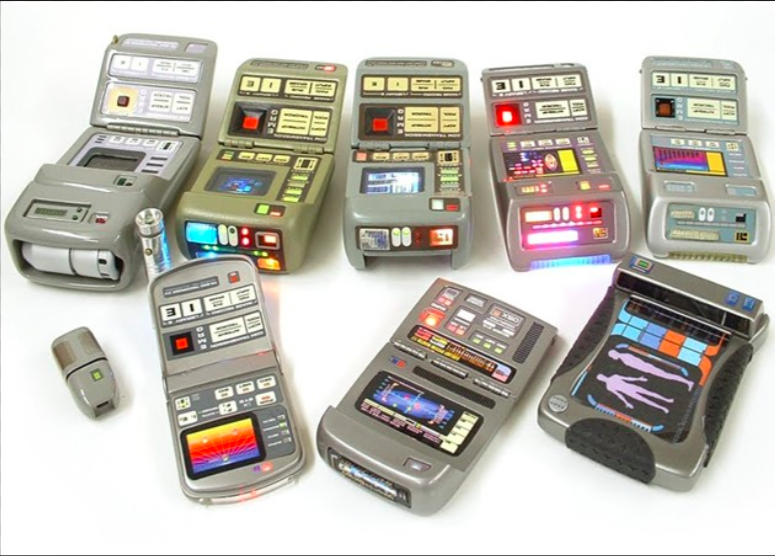 The competition for the Tricorder XPrize has been five years in the making. The California-based nonprofit group XPrize, challenged applicants to develop a tricorder-like device, one that can accurately diagnose 13 health conditions and monitor five vital signs independent of a doctor or a hospital. The tool has the potential to revolutionize the health care space by giving consumers the power to check the state of their health independently at any time. The international competition had 312 entrants from 38 counties and Dr. Basil’s bootstrapped seven-member team of siblings and friends took home the grand prize of $2.6 million dollars for their tricorder prototype — the DxtER.

The winner of #TricorderXPRIZE is Final Frontier, a family team from Philadelphia who developed the device at home on nights and weekends! pic.twitter.com/qMvgWQEdP8

On Star Trek, characters like Spock and Dr. Leonard “Bones” McCoy relied on the Tricorder on voyages to get an instant reading of a patient’s ailments. Similarly, the DxtER uses an artificial intelligence engine that diagnoses patients by pulling together data from their personal and family history, a physical exam, and sensors. The sensors collect information on vital signs, body chemistry, and biological functions and they’ve developed algorithms that can diagnose 34 health conditions, including diabetes, sleep apnea, UTI’s, TB, and pneumonia. Patients can use the DxtER on their own without the help of medical professionals. Their information can be stored and shared on a diagnostic device like an iPad or smartphone.

Harris and his team built the 65 required kits for testing using just a few 3-D printers in his kitchen, with the help of his three kids ages 11-15, the Washington Post reports. Harris, a doctor at Lankenau Medical Center and a graduate of Drexel University and Jefferson University where he went to med school and completed his emergency medical residency, has also applied for seven patents, including a cutting edge device for testing glucose, hemoglobin, and white-blood cells with a finger cuff instead of the common lancet.

Entering the competition years ago “was intimidating because there were all these groups being backed by large corporations,” Harris said, according to the Post. But we were always thinking beyond the XPrize. We’ve met our objectives. We’ve made something worthwhile.”

XPrize and the Qualcomm Foundation have said that the competition phase is not the end for Harris’ team and the other competitors like runner-up Dynamical Biomakers Group, a group of about 50 medical professionals and programmers backed by the Taiwanese government. The teams will continue to work with the FDA, and the foundation has set aside an additional $3.8 million to help the groups promote and scale their innovations to eventually bring them to market.