Startups like Iqinetics, Cosy and Biobots were in the spotlight during his visit. 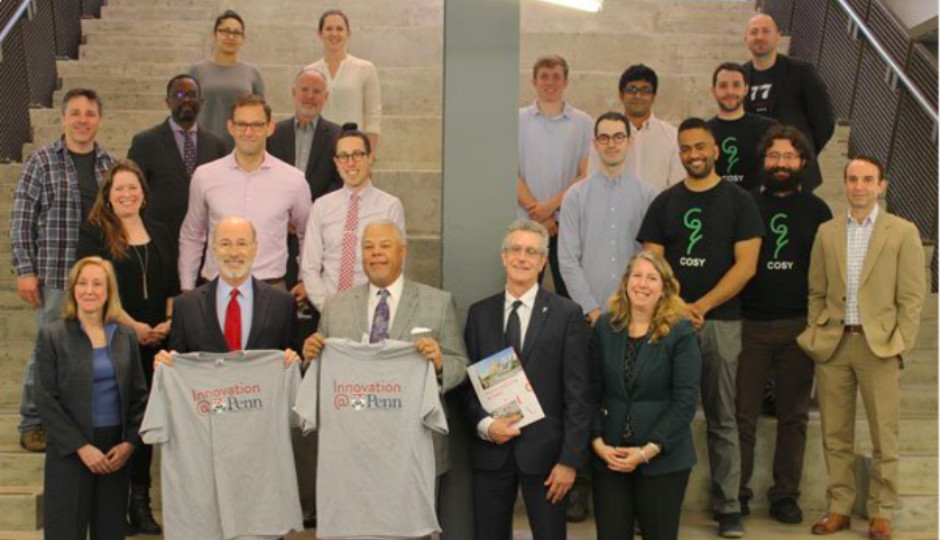 Funding the state’s entrepreneurs is one part of Governor Wolf’s new budget proposal for Pennsylvania, and he made a stop in Philly on Wednesday to have a look at exactly the kind of innovation he’d like to support.

Today, we toured @PennovationCtr and met with local leaders on budget initiatives that will support PA’s economy. https://t.co/8KpjDXhsrD pic.twitter.com/QPHTnzHiGG

He was wowed at the Pennovation Center, where the startups Biobots, Cytovas, Cosy, Iqinetics, Biorealize, Neuroflow and Ostiio all got the chance to describe their technology during a roundtable discussion or provide live demos during a tour of the innovation hub. The startups shared their personal stories and connection to Penn and Philadelphia, drawing attention to the connection between academic research and commercialization.

During the roundtable discussion, Wolf took interest in figuring out how the state could support Philadelphia’s ecosystem to retain the startups founded here.

Roundtable discussion with PA Governor #TomWolf and our talented members.

“The Pennovation Center is a shining example of what business incubators can accomplish,” Governor Wolf’s team said in a video recap about the visit.

“What I see here is people who have a spark [that] has been lit,” said Gov. Wolf. “What we want to do is make sure we also encourage them to stay here and apply the skills and knowledge they learned here to Pennsylvania.”