Sixers Rise in Rankings of the Most Valuable NBA Teams

But they’re still one of the least valuable franchises on Forbes’ list this year. 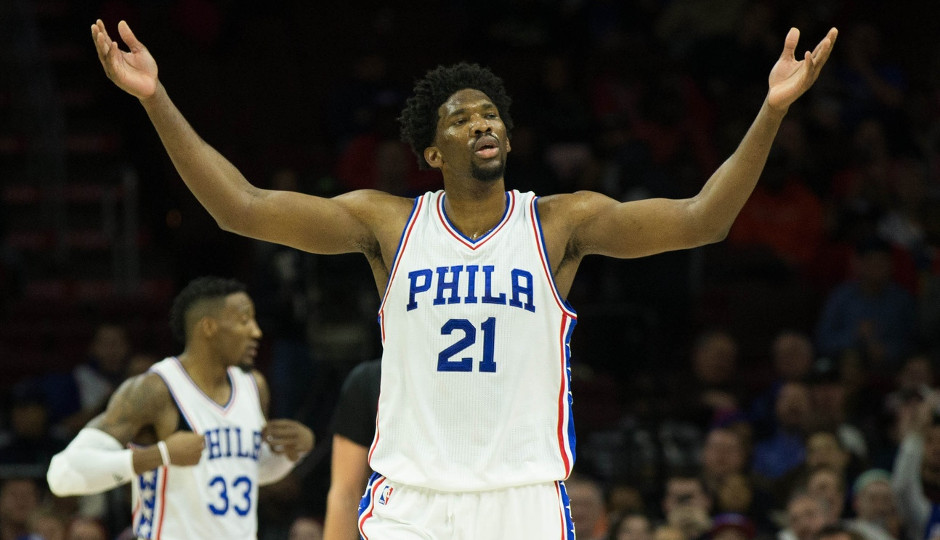 So just how much are the Sixers worth? Forbes’ yearly ranking of NBA teams puts the Philadelphia 76ers near the bottom—they’re ranked 25th out of 30 teams.

Forbes placed an $800 million value on the Sixers franchise, with annual revenue of $140 million and a profit of about $18 million.

The NBA’s most valuable franchises according to the list are the New York Knicks ($3.3 billion) and the Los Angeles Lakers ($3 billion). Following behind are the Golden State Warriors and Chicago Bulls both valued at $2.6 million. The average NBA franchise is now worth $1.36 billion.

The Sixers’ stronger valuation this year is due to the rise of Joel Embiid and increased attendance at the Sixers games. “The 76ers strategy of tanking, aka “The Process,” is finally bearing fruit during the 2016-17 season,” Forbes said, “with the emergence of Joel Embiid, who missed the first two seasons of his career with injuries.” The publication also noted that because the team won 18 of its first 50 games after a prior year of 10-72, attendance at the Wells Fargo Center is at its highest in a decade, excluding the 2011-12 lockout. According to ESPN.com, they’re averaging 16,829 fans per game in 2017, up from 15,802 in 2015.

Last year, Forbes valued the Sixers at $700 million and ranked it 27th, up from $469 million in 2015. That was almost a 50 percent increase between those years brought on by the basketball league’s new television contract with ESPN and TNT. And when 76ers owner Josh Harris bought the team in 2011, they deal was only worth $280 million.

And as for the teams that ranked lower than the Sixers? They’re none other than the Memphis Grizzlies, Milwaukee Bucks, Charlotte Hornets, Minnesota Timberwolves, and the New Orleans Pelicans.