Plus: eBay and Craigslist end relationship; Surviving the open office. The News: Leave it to the health care industry to get wild on a weekend. Aetna made an offer to buy Humana. UnitedHealth Group wants to buy Aetna. And Cigna rejected a $47.5 billion deal from Anthem. Dizzy yet?

Why It Matters: Everyone in the health care space seems to have merger fever. Hospitals are merging at astounding rates and insurers are trying to keep up. In the insurance space, it sure seems like the five largest companies could end up whittling down to three mighty conglomerates.

Do larger players mean less competition and higher premiums? Or are larger health insurers better equipped to provide coverage because they have increased resources and knowledge?

The Wall Street Journal says competition would seriously suffer, leaving many U.S. counties with the bulk of its population covered by just one insurer. But it also means insurers will be better equipped to battle hospitals on prices — and just maybe, the industry can start incentivizing efficiency:

Insurers will be able to point to operational efficiencies they can glean from consolidating, as well as better deals with health-care providers, which could result in lower costs for customers. Hospitals themselves have been merging at a rapid pace. Many experts have said that the provider consolidation can drive higher rates—and that more-powerful insurers might have a better chance of countering them and striking pacts for new forms of payment that incentivize efficiency.

“Insurers may be thinking, in order to maintain negotiating position and not have our lunches eaten by these large providers, we need to get bigger,” said Martin Gaynor, a professor at Carnegie Mellon University and former Federal Trade Commission official.

The News: The eBay–Craigslist partnership is officially over. eBay sold back its 28.4 percent stake to Craigslist on Friday.
Why It Matters: Two of the nation’s largest online marketplaces couldn’t play nice together after all.
Forbes offers some details:

Craigslist repurchasing of EBay’s stake ends a rocky relationship between two of the Web’s largest online marketplaces. In 2008, eBay sued Craigslist for diluting its stake in the company in a move that caused the online auction firm to lose its board seat. Craigslist later restored eBay’s full stake, but an eBay representative was not reappointed to the board.

EBay bought the stake in Craigslist in 2004 for $32 million, paying $16 million to then-disgruntled shareholder Phillip Knowlton and $8 million each to Craigslist founder Craig Newmark and chief executive Jim Buckmaster. Former eBay CEO Meg Whitman said in 2009 court testimony that her company had long coveted Craigslist and tried to buy the whole site.

The News: Open-office plans are all the rage. Getting people out of their offices and working alongside each other leads to more collaboration and more knowledge of what your co-workers do all day. At least that’s the hope.

But some find it noisy, distracting and don’t want to get sick when the guy next to you decides to come to work with a cold.

Why It Matters: So how do you survive if you hate your open-office environment?

Inc. offers five tips. Here are two of my favorites:

Develop a ‘stay away’ signal

One common complaint of open office denizens is that the lack of walls invites every passing colleague to stop for a chat. To get any sort of sustained work done, you’re going to need to develop a polite but firm way to communicate that you’re head down and not looking to banter — before someone stops and distracts you.

“A signal can be something as simple as wearing a set of headphones to show that you don’t want to be disturbed, or, as I had to at one job, putting a sign on top of your computer that says ‘Busy Right Now,'” explains Elan Morgan on Quiet Revolution, the blog associated with Susan Cain’s bestseller Quiet: The Power of Introverts in a World That Can’t Stop Talking.

“Headphones are the new wall,” one open office veteran told the New York Times. If you work in an open office, you know that is totally true. But don’t just slap on any oldmusic, TheSquareFoot cautions. Instead, consider carefully what you’re listening to on those headphones. Different activities call for different sorts of auditory environments.

“To control excess noise, you could try listening to music, although research suggests that listening to music might impact your productivity if you are trying to retain new information,” the post explains. So what’s the alternative? “Other research shows that if you pick the right stimulation to drown out the noise you can actually be more productive. It might sound really strange, but try white noise, nature sounds, or ambient music without lyrics.” 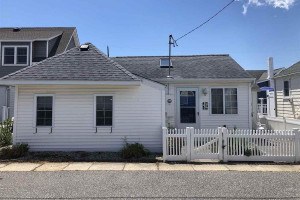 At the Shore: Vintage Cottage in Stone Harbor 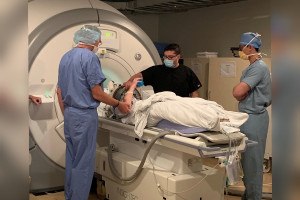 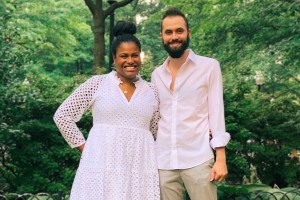 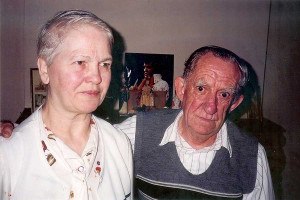 What Happened to Marie Noe, the Philadelphia Mother Who Murdered Eight of Her Babies? 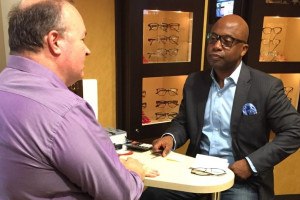