The group, made up of 30-plus fitness studios and gyms in the region, is petitioning the city to change its latest coronavirus restrictions. 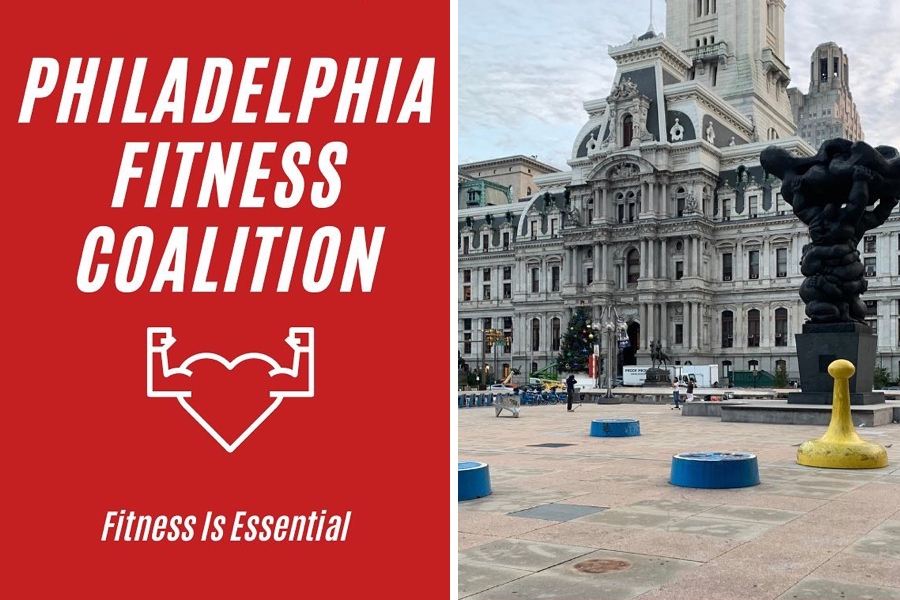 Last week, the City of Philadelphia launched new “Safer At Home” restrictions to curb the spread of the coronavirus amid rising cases that have led to a current high risk of community transmission. The new rules put many local gym and studio owners, who have received limited government aid, in a position of facing down mounting bills and further reduced revenue over the holidays. Without action from officials, it may be impossible for Philly’s gyms to keep their doors open through the winter.

Many small gym and studio owners have made dramatic changes to their business models in order to keep patrons and members as safe as possible during the COVID-19 crisis. Some, however, have flouted the safety restrictions, hurting the case of fitness centers that were complying with the previous rules. Despite best efforts by some, it’s hard to know where cases are being contracted and spread, which is why many small businesses are looking for a government lifeline to get them through the winter while they keep their doors shut.

Others want to stay open and be declared essential businesses, even as they call for increased grants from the state and federal government. On Sunday, November 23rd, a group called the Philadelphia Fitness Coalition, comprised of 30-plus local gyms and fitness studios, launched with an appeal to officials regarding the recent shutdown. The coalition was spearheaded by Gavin McKay, founder of Unite Fitness, with leadership partnership from Osayi Osunde, founder of Fit Academy; Shoshana Katz, founder of BPM Fitness; and Stephanie Luongo, founder of Sculpt 360; among others. The group has started a Change.org petition (a previous petition from a different source already exists) under the heading, “Reopen Fitness Providers As Essential Health Services and Provide Funding To Sustain Them.”

In the petition, they explain that the gyms and studios in their coalition have collected data on 260,000-plus indoor visits from July to November 2020, and that “only 30 reported cases walked into our locations.” They cite a “0% transmission rate traced from person to person” among reported, known cases. It’s important to note that this claim derives from self-reported and self-collected data from the gyms. And unfortunately, in a city and state where contact tracing has been conducted poorly or not at all (and where citizens aren’t complying with tracing), it’s impossible to know for sure how cases are originating and spreading.

Nonetheless, McKay argues that in small studios particularly, “The communities are tight” — meaning that people know one another and communicate if there’s been potential exposure. “We’ve been put in the wrong category. We are helping people maintain their health and wellness mentally and physically. Our industry is different,” McKay says of boutique fitness. “Our volume is already so low because of the restrictions. We’re practicing precautions; we’re never sitting across from one another without masks. We had a tiny window to try to keep surviving, and now we have nothing.”

The coalition is currently planning a socially distanced “workout protest” at 9:30 a.m. on Tuesday, November 24th, outside the Municipal Services Building across from City Hall, followed by a press conference at 10 a.m. Their requests of government and health officials are as follows: