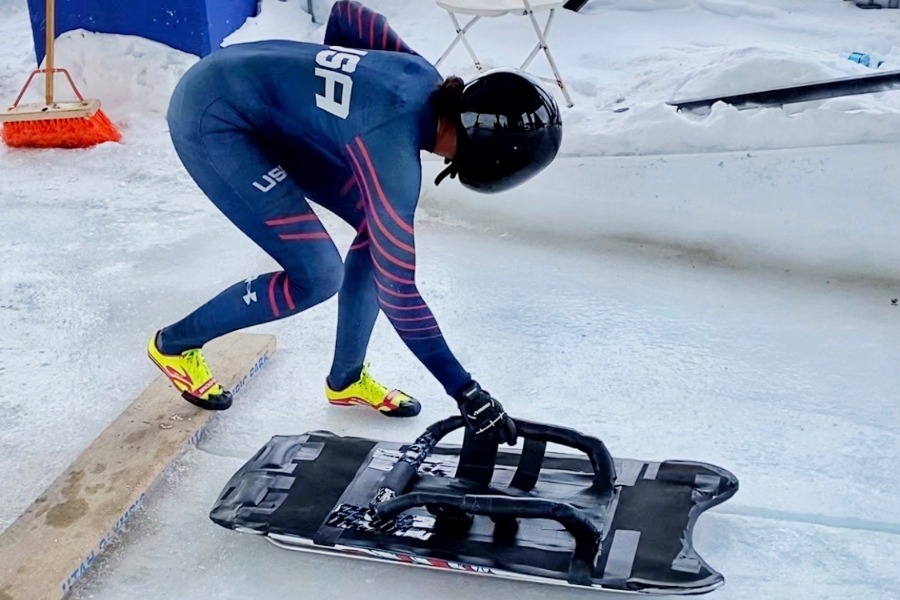 As a kid, sledding down a snowy hill was pure joy, with a hint of thrill. Getting air time off a snow bank? Major bonus. Now imagine the, um, advanced version of your childhood winter pastime: plummeting head-first down an icy track on a skinny sled at almost 100 miles per hour.

No, this isn’t the stuff of nightmares. For West Chester resident Courtney Webb, it’s reality. As a skeleton athlete, she sleds head-first down a track — her chin just five centimeters from the ice — and uses minor shifts of her weight to make quick turns and avoid crashing. While on the track, she experiences up to 5Gs of gravitational force. To put that in perspective, that’s 2Gs more than that of a rocket launch.

Webb is currently in the midst of prepping for the 2022 Winter Olympics. We caught up with her to chat about her training process, how she balances skeleton with a full-time job, and what it takes to be an Olympic athlete.

Philadelphia magazine: How’d you get into skeleton?
Webb: I was introduced to the sport in 2015, pretty serendipitously. At the time, I was working out of a WeWork in New York City as a digital marketer, while trying to start my own company. I met now-Olympic athlete Lauren Gibbs in the kitchen area who stopped me and said, “You look like you workout. You have the perfect body for skeleton!” I honestly had no clue what she was talking about, but became super intrigued when she explained the sport, how it works, and how she pursued it after being similarly “recruited.”

Even though I had no experience, I decided to take a leap of faith and take the combine fitness test, which is protocol for the USA Bobsled and Skeleton Federation and involves sprints, broad jump, and shot toss. I won’t lie, I performed horribly, but something inside me motivated me to keep trying. I tested multiple times that year, and finally one of the coaches approached me and suggested I come out to Park City to train on the skeleton. Again, all of this was new to me, but I followed my gut instincts and flew out in November of 2016. Two months later, I committed to Olympic training.

The skeleton bobsled seems pretty terrifying. What’s it like barreling head-first down a snowy track?
It’s super hard! I mean, you’re going down the track at a speed of at least 90 miles per hour, sometimes even faster if the ice is slick. The first time I went down, I was so dizzy. The Park City track [at Utah Olympic Park] has the highest G-force of any track in the world, meaning I can’t even lift up my head because the force on my body is so significant. Sure, I can’t always see what I’m doing, but I can feel whether or not my sled and I are moving the way we’re supposed to. That’s how I take control and quickly react while on the track.

Since your closest track is 2,000 miles away, how do you train when you’re not in Park City?
I train on the ice only one month out of the entire year, and even when I’m in Park City, I’m only doing two or three runs per day, each of which are 52 seconds. So really, I’m training two minutes per day for that month! With that said, I have had to do a ton of training off the track. When I was first starting out, it was a lot of trial and error because most trainers in the Philly area have no experience with skeleton. Eventually, I found Austin White, a strength and conditioning coach at Method Hockey, who trains me like an Olympic weightlifter and sprinter during non-ice months. I do a lot of explosive plyometric workouts, plus RPE-based strength training. 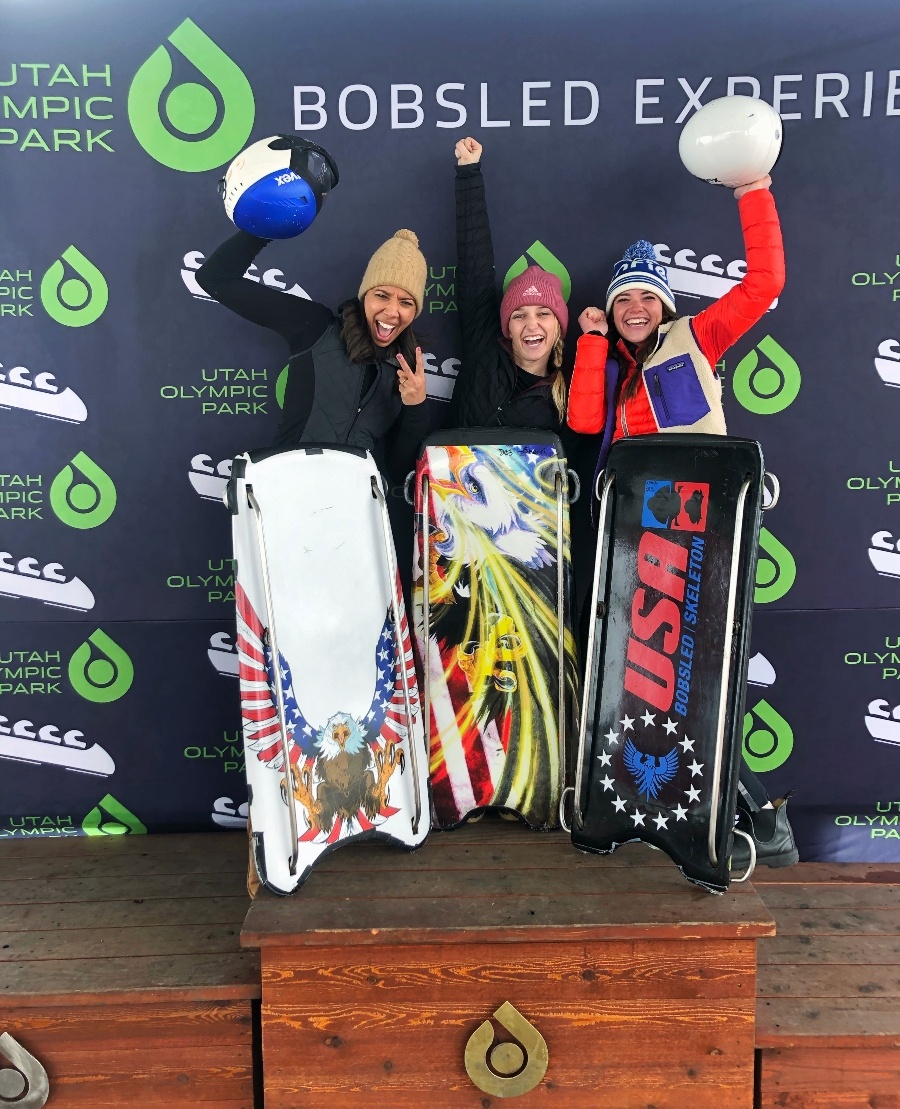 Photograph courtesy of In The Lights.

What does it take to qualify for the Olympics?
First, I have to compete in five different races on at least three different tracks around the world in two years. It’s tough because it means you have to learn a track quickly and then race on it. If I successfully complete that, then I’m able to go to qualifiers, which take place one month before the Olympics. There, everyone will race and see where they rank against everyone else from around the world. The top 25 women and top 25 men will be able to compete in the 2022 Winter Olympics.

You also have a full-time job. How do you balance your two roles?
I’ve been a television host for QVC since September of 2018 and it has been a dream. I put a lot of my mental energy into it, not only because I love what I do, but because my full-time job helps me fund my other passion, skeleton. This February was the first time I told QVC that I had to physically leave the area in order to go train, and they supported it. I know doing so was a huge sacrifice because QVC is a 24/7 network, but they admired my dedication and worked with my schedule.

You’ve been a skeleton athlete almost four years now. Does the sport get any easier?
When I came back to Park City [in February], I thought, “Will I remember how to do this?!” You can never do the exact same run, even one you did two minutes prior because the smoothness of the ice is different every time. If the sun is out, the ice might be slick and you’ll go faster. If it starts to snow, you’ll slow down. But the sport is also dangerous — it requires strength and guts, and definitely isn’t for the faint of heart. If your neck isn’t strong enough, you can really hurt yourself. So no, it doesn’t get easier, but that is what makes it exciting to me. It’s exhilarating to know I can do it differently every time, which makes for a great challenge.

What advice would you give to anyone, not just athletes, wanting to pursue a new goal?
The two biggest pieces of advice I can give are (1) don’t limit yourself or let a far-fetched idea hinder you, and (2) pursue more serendipitous things. I was open-minded and said yes to a totally random opportunity that was presented to me, which is now one of my biggest passions. (Park City is also how I met my husband!) Even if I don’t qualify for the Olympics, I will still be grateful I pursued my “what if.”