Bike Repair Stations Are Finally Coming to the SRT

The new stations will feature a bike rack, an air pump for tires, and a full set of tools for minor bike repairs. 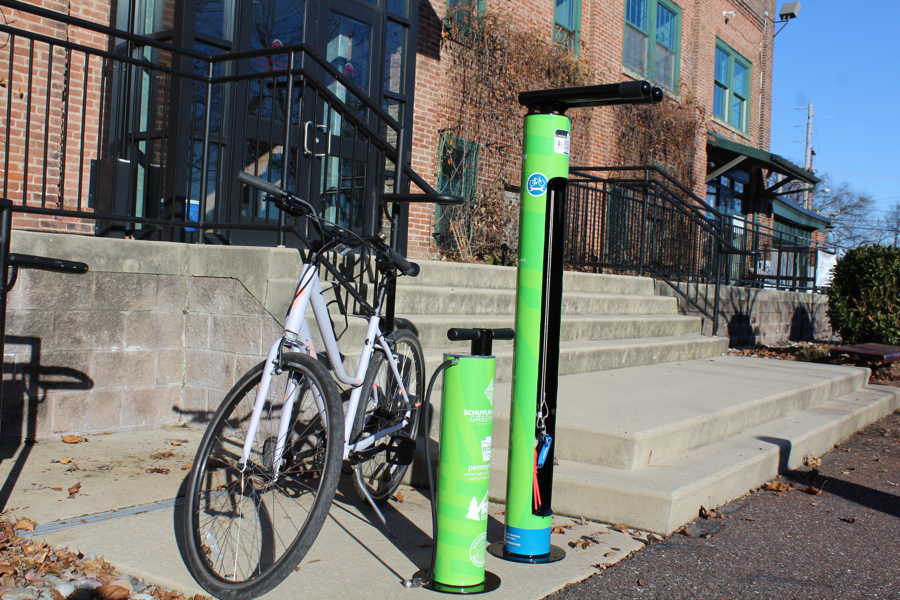 If you’ve ever gotten a flat on the SRT, you know how annoying it can be when you’ve got no way to fix it — at least until you can get to a bike repair shop or find someone who has a kit with them.

I know: when a friend of mine’s bike broke on the trail recently, we were SOL. After trying various configurations, I finally gave her my intact bike so I could run while she biked ahead, pulling the empty, broken bike back alongside her by holding the handlebars. (She got more bikers jokingly yelling “Ghost Rider!” at her more times than she thought she possibly withstand, but we still lived to tell the tale.)

Anyway, fear not: as of December 12th, the first of seven soon-to-come bike fix-it stations will be available for your regular use, so you can avoid dire and annoying circumstances such as these.

Each new station along the current 75 miles of the SRT features a bike rack, an air pump for tires in need of a boost and a full set of tools for minor bike repair. Fix-it stations will be installed along the path in East Falls, Phoenixville, Spring City, Pottstown, Union Township and Birdsboro. This first Philadelphian fix-it station was installed by the Schuylkill River Development Corporation, also known as Schuylkill Banks, and  funded by non-profit organization Schuylkill River Greenways, the Pennsylvania Department of Conservation and Natural Resources (DCNR), and the REI Co-op.

If you’re interested in swinging by the ribbon-cutting to celebrate the newly installed SRT bike repair station (with six more of them to follow), just stop by on Thursday, December 12, 2019 at 3:45 p.m. You can expect to see or hear from speakers from the Schuylkill River Greenways National Heritage Area, the Schuylkill Banks, the REI Co-op, The Circuit Trails Coalition, as well as state representatives Brian Sims and Donna Bullock, among others.

The event takes place at SRT’s Walnut Street Trailhead, under the Walnut Street Bridge — just use the address 2580 Walnut Street if you’re not familiar. Bring your sneakers, too — right after the ribbon cutting, there’ll be a group hike along the trail.