For Every Serving of Hot Cereal Bought, This Local Company Donates Another One to a Food Bank

The Soulfull Project is trying to reduce food insecurity, one bowl of steaming grains at a time. 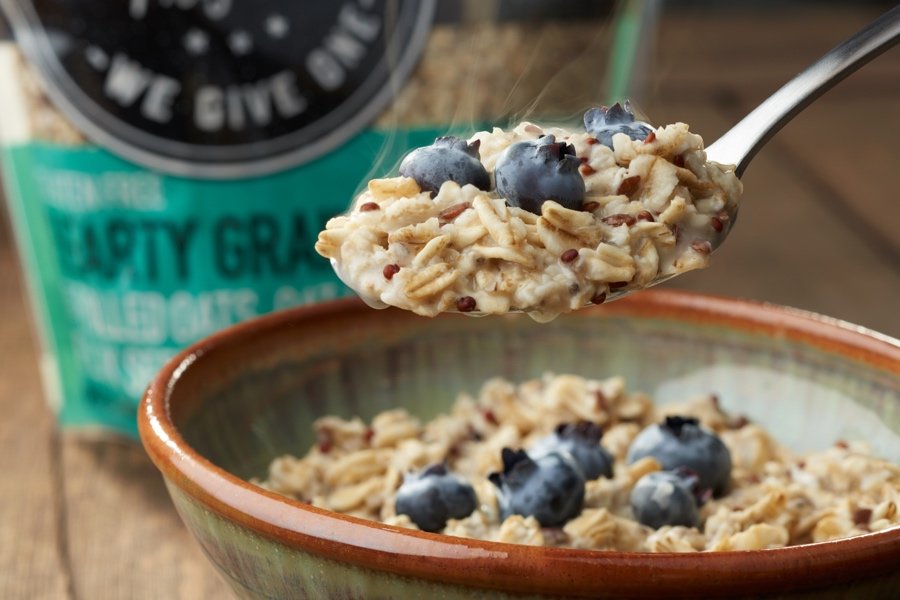 We all have that friend who makes a habit of never eating breakfast. They’re not hungry, they say, or they don’t want to eat before their early workout or they don’t have enough time amid getting the kids off to school and running to the office.

For 11 percent of Americans — those who live in food-insecure households — the reasons are more serious. Lack of money and access to healthy food creates an enormous barrier to proper nutrition, and typically that starts with breakfast.

At least, that’s what Megan Shea and Chip Heim heard when they met with the leaders of the Food Bank of South Jersey. Having witnessed firsthand the nutrition issues that come with poverty during a research project for Campbell Soup Company, the two entrepreneurs decided to do something about it. But they wanted to make sure they were creating a product that actually filled a need. What did the food bank need? Oats, chia, flax, quinoa — essentially, healthy morning options.

So the Soulfull Project, a hot cereal and oatmeal brand, was born in 2016. For every serving of hot cereal purchased on the Philly-based organization’s website or one of its partner grocery stores, the Soulfull Project donates another serving to one of 200 food banks in the Feeding America network of food banks. As of November 8th, the small company had provided more than 900,000 servings of cereal to those in need. (Unsurprisingly, the Northeast region is in the lead with 345,408.)

They use the money they would typically spend on advertising to pay for the additional products. “It’s really hard,” Shea says. “Every day that we’re still moving forward and in business we take as a victory. The economics are just tight — it’s hard to grow a business when your money that you would spend on telling people about it is spent actually giving back. We really do rely on the goodwill of others to help support a brand like this.”

Their time is stretched thin, too, considering they try to visit as many food banks as they can in person to get an idea of their needs and the population they serve. So far, they’ve been to about 120 food banks in the Feeding America network.

Our favorite part, though, is the recipes that the Soulfull Project includes on their website and on the back of their container to make sure people actually know how to prepare the food they’re eating and use it in creative ways. Heim referenced a time when the pair were handing out items at one of the food banks, and no one was taking the spinach until, finally, someone explained that all you have to do is throw it in a pan with some olive oil and salt and pepper to make it taste good. Then the leafy green started flying off the shelves. “I think that applies to everyone,” Shea adds. “I think there’s a lot of buzzwords going around — quinoa, chia, flax. These are all ingredients I knew I was supposed to eat but didn’t know why and certainly didn’t know how.”

Quinoa and flax looks like it’s going to just be the starting point for the Soulfull Project: Heim and Shea says they plan on expanding into other breakfast items and eventually into foods you might even at other times of day, too.

“Our dream is that one day you can go shopping with your normal shopping list, buying 100 percent items that were made by Soulfull,” Heim says. “It would basically be supporting your local food bank to the point that they wouldn’t need any more support. We would give everything.”

You can find the Soulfull Project’s cereals and oatmeals at Wegmans, Sprouts Farmers Market, ShopRite, Stop & Shop, Natural Grocers, Whole Foods (starting in January), and more; visit the website to see the complete list of grocers.