A Millennial-Friendly Facial Spot Is Opening in Rittenhouse

Heyday is breaking the spa mold, one less expensive facial at a time. 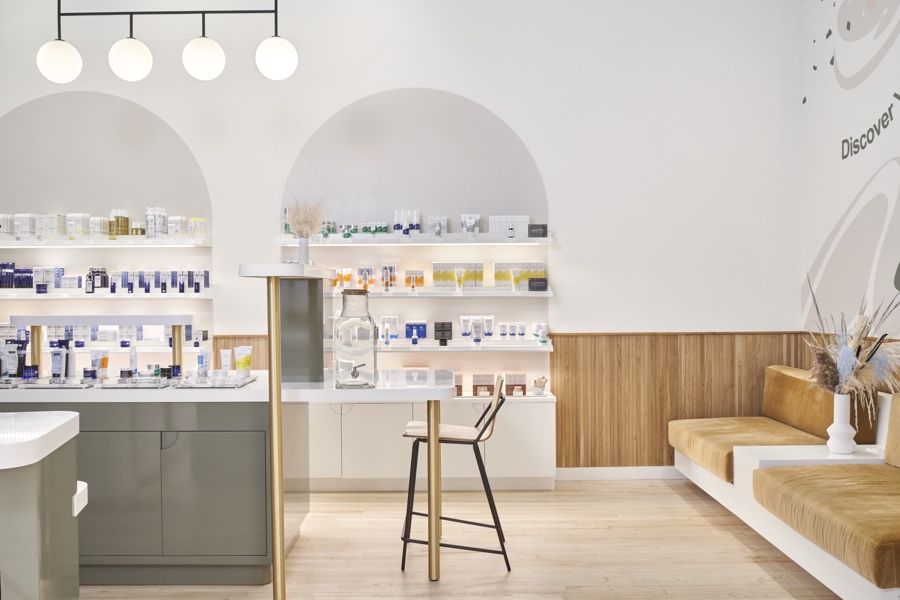 Heyday, a new facial concept from two Penn graduates, is opening its first location outside of New York and Los Angeles tomorrow in Rittenhouse. / Photograph courtesy of Heyday

When you picture a spa, what do you think of? An all-day excursion with private rooms? A masseuse who says nothing but “hello” before digging into your tense shoulder blades? Robes and lemon water and fuzzy slippers?

To some, this may sound like an ideal getaway — but two Penn graduates don’t think this extravagant vibe is actually what most millennials want out of a skincare service. Those ages 24 to 44, say Michael Pollak and Adam Ross, instead tend to crave a quick, inexpensive experience with more education and less awkward silence. “Facials have always lived in the spa, where there are all kinds of connotations,” Pollak says. “It’s only for women. It’s a high price point. It’s going to take three hours of your day. There was an opportunity for us to change all that.”

Enter Heyday, what the two entrepreneurs have dubbed a “modern facial shop” that divorces facials from fancy spas and makes them practical. They’ve seen success so far: In four years, the pair have launched six Heyday locations in New York and two in Los Angeles and nabbed New York Magazine’s award for best basic facial in 2016.

Now they’re coming to Philadelphia, with a Heyday set to open in Rittenhouse, at 1735 Chestnut Street tomorrow — but we got an early peek. Even the lobby/showroom has a modern, minimalist vibe. Everything’s white, with silver and brown accents and clean lines. A long hallway with rooms on either side stretches to the back of the 1,700-square-foot space. You can actually see into all of them; curtains replace doors and the walls between rooms don’t go all the way up to the ceiling, so sound carries. “You can hear the buzz and the noise,” Pollak says. “It makes it more human and fun.” 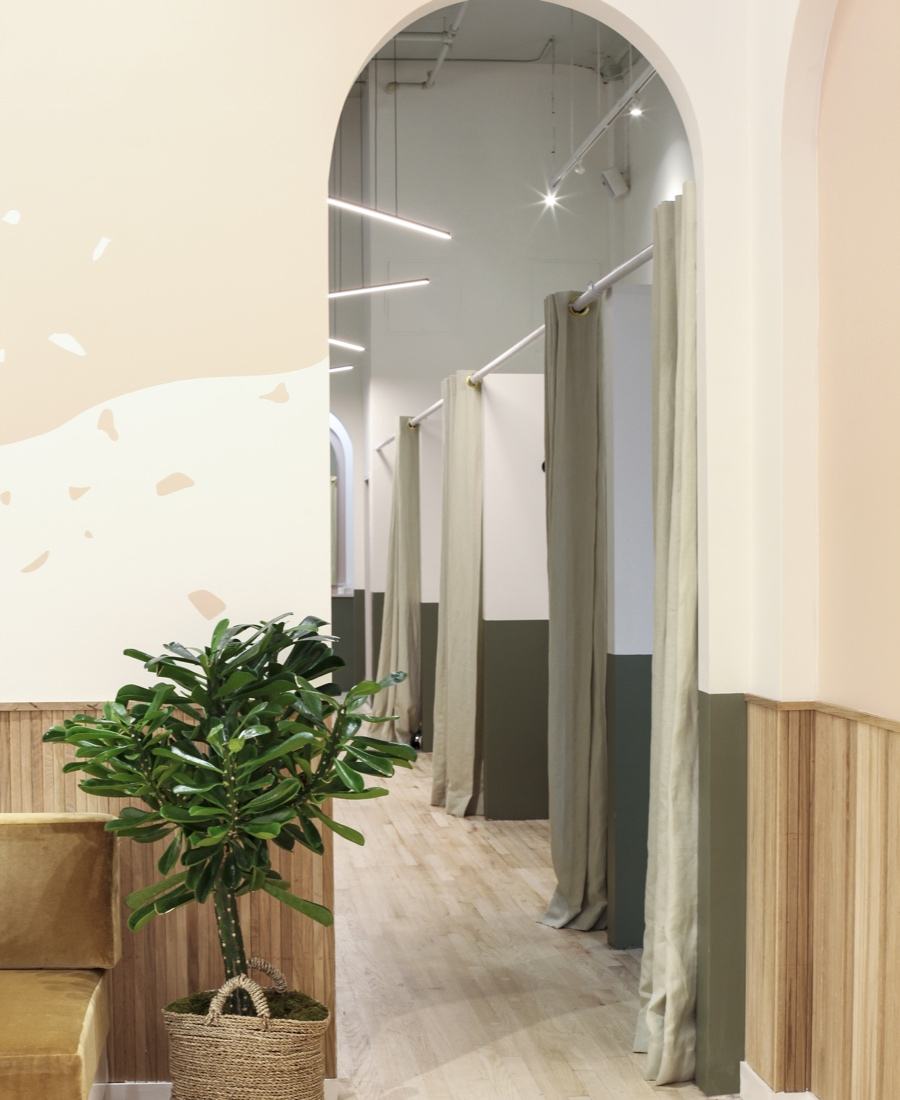 Rittenhouse’s Heyday has semi-private rooms to let the conversational buzz carry through the space. / Photograph courtesy of Heyday

Inside each treatment nook sits a comfy, dentist-style chair that leans all the way back, and each esthetician can move it up or down as need be. All licensed and put through a rigorous training by Heyday, the estheticians customize each service to your skin type. All you can choose is the length — 30 ($65), 50 ($95) or 75 ($140) minutes. This is a huge boon for those of us who dread making decisions, but it also makes sense: Unless you’re super savvy, you likely aren’t going to know what your skin needs anyway. (However, Heyday does have you fill out an extensive iPad survey detailing your skincare regimen and history to make sure your esthetician has as much information as possible.) 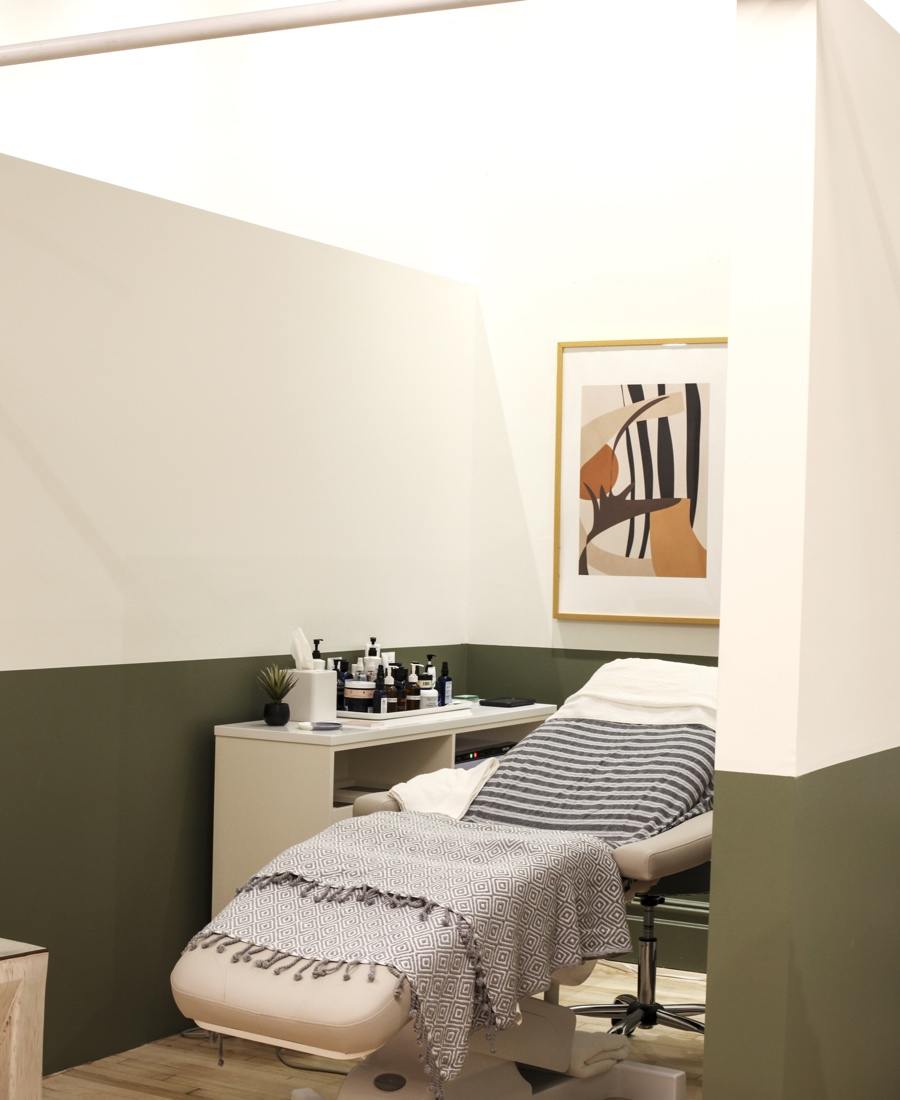 A peek inside one of Heyday’s treatment rooms. / Photograph courtesy of Heyday

The many different brands and products Heyday carries makes it easier to personalize the treatment. For instance, an esthetician used an Oat Cleansing Facial Polish on my face while another turned to the Sweet Cherry Brightening Enzyme Peel for one of my coworkers. While both products are made by Naturopathica, the enzyme peel would have been too harsh for my sensitive skin, a fact my esthetician easily worked around.

She was also chatty in a friendly way, talking both about my skin — I have combination skin, which means parts of it are dry and parts are oily — and what I could do to keep it moisturized on a regular basis as well as her life. I learned she’d lived in Hawaii, has a chihuahua, and adores her nephew (although not her parents’ eagerness for her and her husband to have kids soon). I felt more like I was having a DIY spa night at my house with a knowledgeable friend instead of being worked on by a distant professional.

At the end, my esthetician recommended products to buy — Heyday sells a bunch at the front of the space — and gave me a sample of the oat mask and said to start with that to make sure it didn’t irritate my skin. Then I could gradually add in some of the other products in the Naturopathica line but not an absurd number. (My colleague actually reported being told to use fewer products, a refreshing attitude for a spa.) She even sent me an email recapping what she’d done in my session and listing the specific products she’d encouraged me to start using. Finally, she advised me to come back to Heyday in a month — not every week like many spas push. I’ll wait and see how my skin fares over the next few days, but I have a feeling I won’t have any qualms about booking my next appointment.

Heyday opens on October 16th at 1735 Chestnut Street in Rittenhouse.