The popular obstacle course race has expanded into the gym market — and the first Pennsylvania location opened softly in Montco on July 20th. 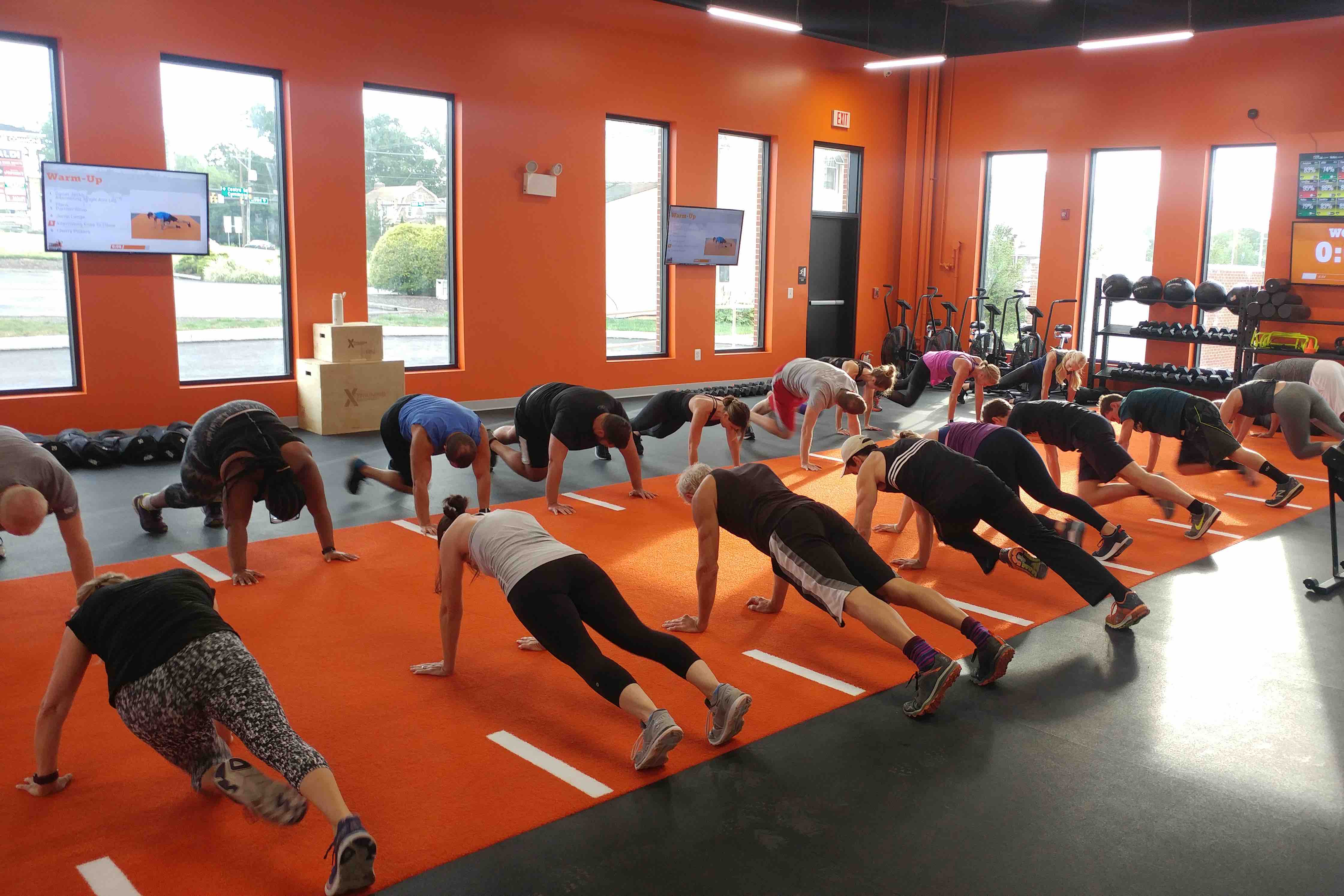 The popular Tough Mudder obstacle races are primarily famous for two things: being dirty and being difficult. Let’s just say climbing over six, six-foot-tall hay bales and army crawling under barbed wire through a mud pit in the midst of running eight to 10 miles isn’t the shiniest fitness challenge you could take on.

With Tough Mudder’s rapidly expanding gym franchises, though, the brand is looking to reach more than just elite athletes. It boasts of its HIIT-style workouts, which rotate through different stations over the course of 45 minutes, as being utterly modifiable, so both the obstacle course guru and the beginner exerciser can reap benefits and have fun.

Now that Pennsylvania’s first location of Tough Mudder Bootcamp has opened in Blue Bell, intrepid gym-goers can test that theory — for free. On August 25th, owners Geoff Veale and Andrew Soule will move out of their soft opening phase and start charging. (Limited-time “founders’ memberships” cost $99 a month for unlimited classes, and the price increases per class from there.) But until then, every single class, from upper and lower-body focused sessions to cardio and core, will be gratis as they get the word out and try to build a member base.

In case you skimmed over that paragraph, that means 17. WHOLE. DAYS. of working out without handing over even a penny in exchange. Economists and authors out there have said there’s no such thing as a free lunch, but we counter there is such a thing as free exercise — and a whole lot of it.

The Tough Mudder Bootcamp format itself resembles F45 Training: its rotating stations, its never-doing-the-same-workout-twice schtick, its HIIT-based regimen that incorporates both bodyweight movements and props like sandbags and medicine balls. (Tough Mudder Bootcamp creative director Eric Botsford, a longtime CrossFitter, former firefighter, and generally freakish athlete, designs the workouts for all the franchises.) Even its compact, 45-minute length and TVs with GIFs demonstrating proper form are the same. 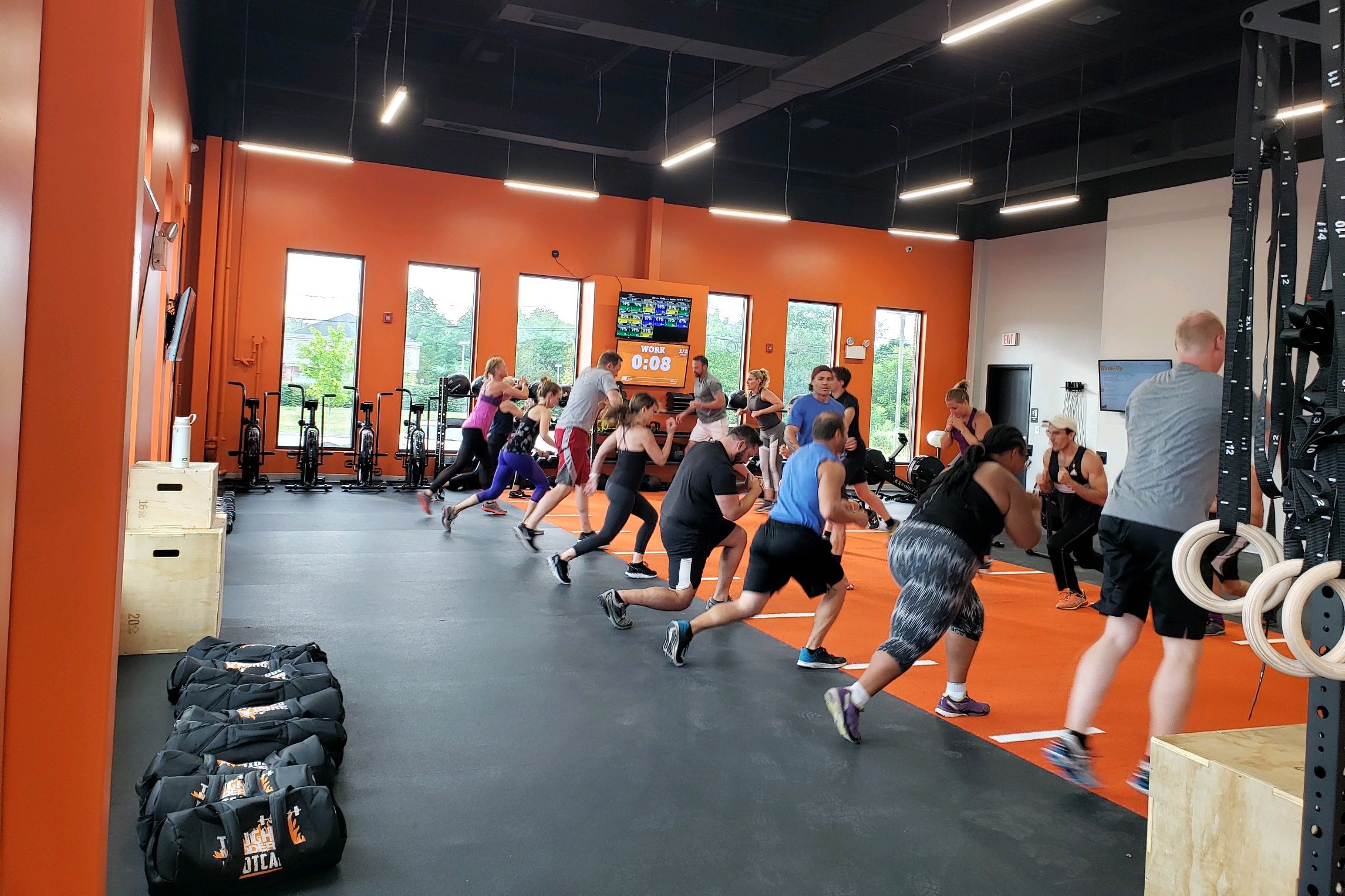 What’s different is the team nature of the stations. Depending on the class, you’re paired with one, two, or three other people, and sometimes how quickly your partners get through their exercises determines how many of yours you have to do. “Say one person has to do 10 push-ups,” Veale says. “The other person would have to do squats until that person is done their 10 push-ups. If the 10 push-ups take a long time, the teammate has to do more squats — so eventually they’re telling you to hurry up and finish your push-ups.”

When I pointed out that this might be a problem if someone who is doing push-ups on their knees is paired with *that guy* who likes to do one-armed jumping versions, Veale and Soule admitted that it might be wise for the instructors (or, in their parlance, coaches) to partner up folks with similar abilities. But they also reiterated that each of these exercisers could still get a great workout in, no matter how they’re modifying the movements.

However, the owners are expecting, especially because of the name of the gym, to attract some clients who use their open-concept space to train for a Tough Mudder race. In fact, in May, they took a group of those interested in joining the gym to Coatesville to compete in a Tough Mudder and hope to offer more community-building activities like that in the future. But really, they say, the point of coming to Tough Mudder Bootcamp isn’t to prepare your body for a gauntlet of physical obstacles. “The bootcamp is less about being in crazy good shape and more about working with others to overcome life obstacles,” Soule says, “whether that be in a gym or life.” We’ll cheer on anyone who tackles that challenge.