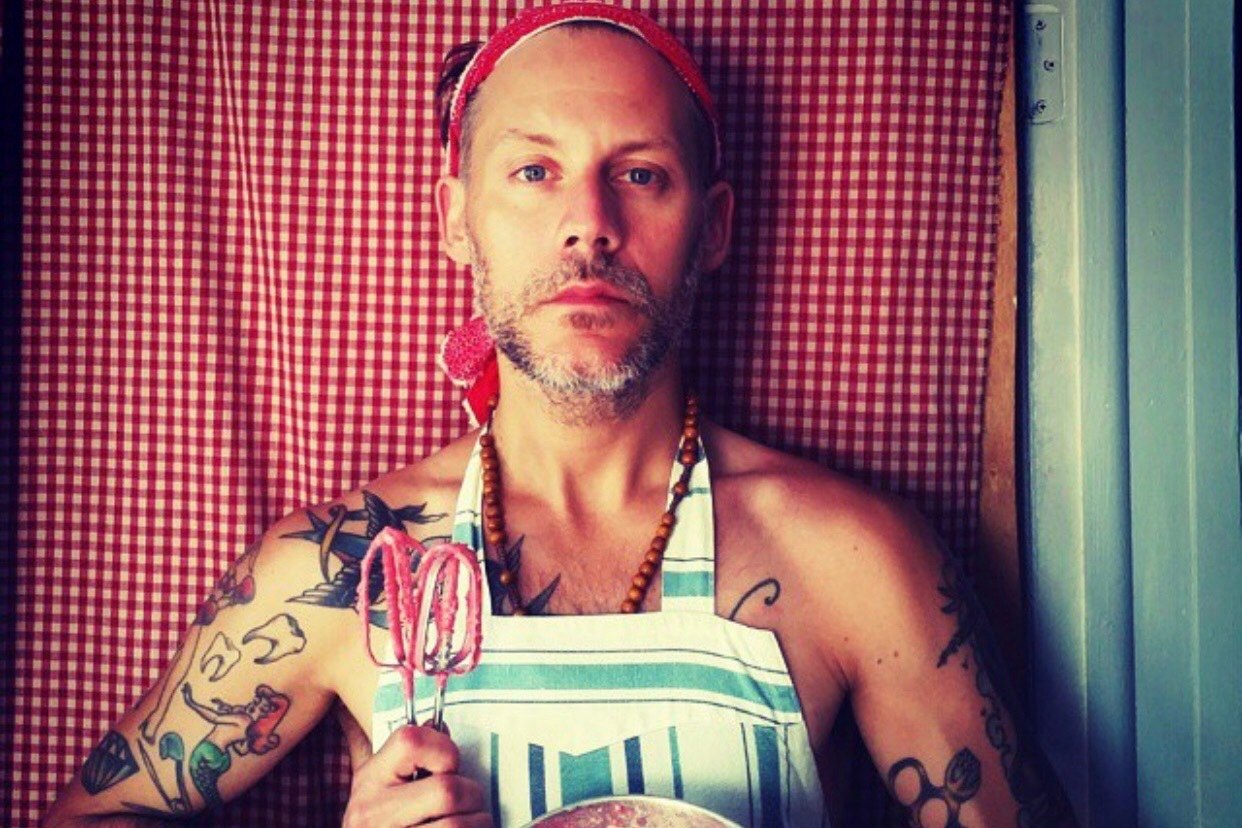 At age 39, Louis Remolde decided he was drinking too much. So he started to bake and work out instead. Now he’s five years sober. / Photograph courtesy of Louis Remolde

What I do: I’m a full-time fitness instructor at Fitness Works and a part-time baker.

Where I live: South Philly

“I decided at 39 that I didn’t like the way my body was looking, how my face was looking, how I was aging. I’d been drinking a lot, almost like a boredom thing, and it was making me tired all day and getting me depressed. Drinking went from something I enjoyed doing that I started to not enjoy doing — and turning into a habit and an addiction. I had to start taking care of me if I wanted to see another 40 years of my life.

I did initially go to AA and realized it wasn’t for me. I knew I could do something else more than sitting in a room for an hour. So I decided to join a gym. Fitness Works is on the street where I live, and I happened to walk in there when they were having their special, which is $365 for the whole year. I said to myself, ‘One of your excuses was gyms are expensive, but this is $1 a day.’

I wound up going all the time. Within the first year of not drinking and working out seriously, my health dramatically changed. I noticed a difference in my body, my face, my skin. It was back to the pigment it was supposed to be, and the dark circles were gone. 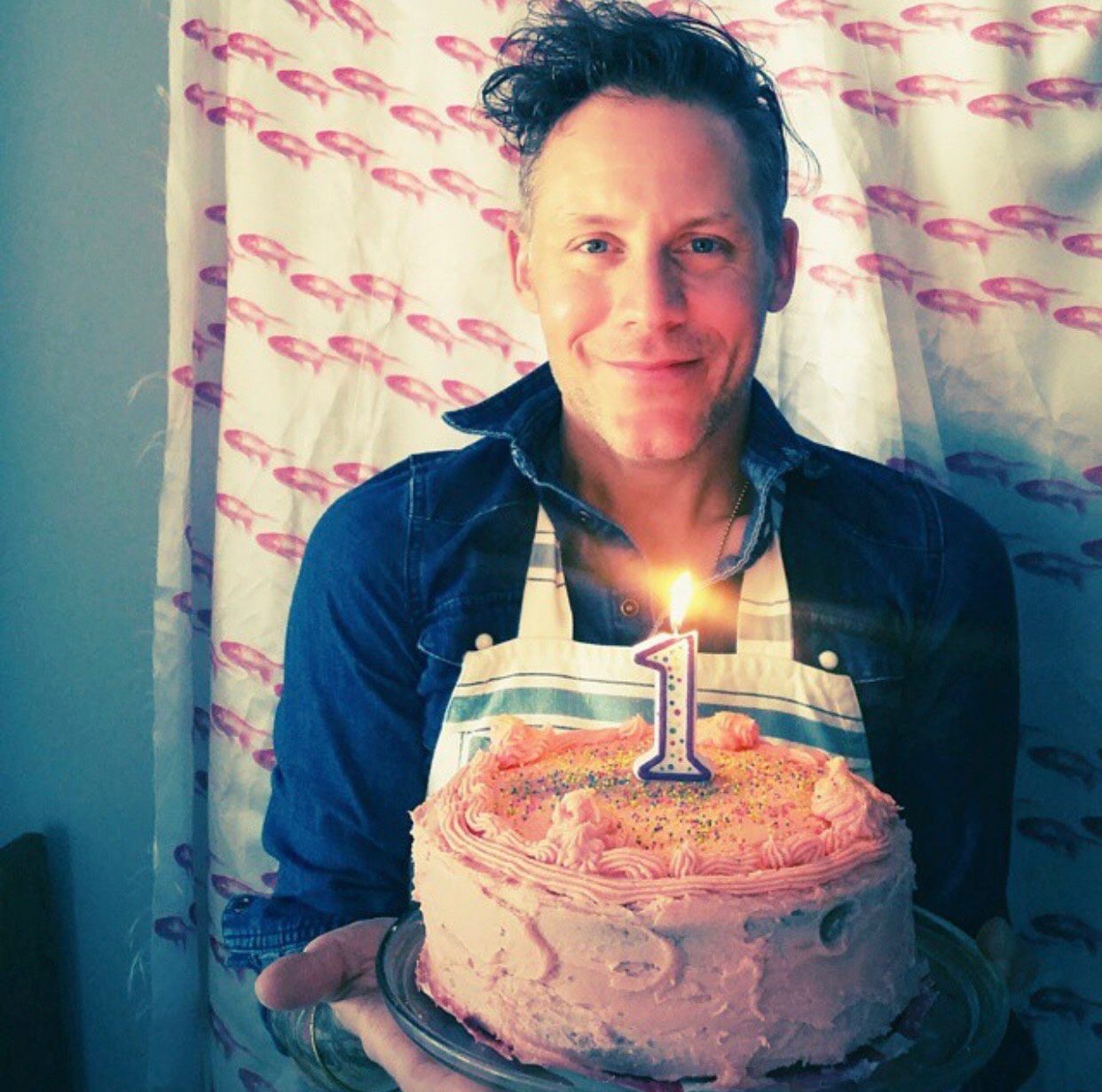 Remolde on his one-year anniversary of sobriety. / Photograph courtesy of Louis Remolde

It helped that I surrounded myself with people in this industry who are hardcore and take it seriously but also have a good time with it. Holly Waters [who runs the gym Fitness Alive partly out of Fitness Works] played a big part. Everything she does is amazing. It’s hard to top her.

Then I got certified as a fitness instructor. It wasn’t on my list, but once I started doing it, people just latched onto my personality and my style, which I call Werrrk. I incorporate resistance bands and weights and kettlebells. The loop bands are the ones that go around your leg. We do squats with them — weighted squats, overhead squats — plank jacks, clams, donkey kicks, hydrants. I think some people don’t know what to do with resistance bands or they think they’re really hard. They are, but they’re also just added resistance. I teach at Fitness Works out of the water, but I’m working on a class for Fitness Alive that’s both in and out of the water.

The way I do things, we get in there and go hard, but you take a rest when you need it. It shouldn’t be pressure to do an exercise. If you’re not feeling something, change weights. In my own fitness, I would rather not be scolded and feel like I’m dealing with a drill sergeant. That works for some people but not for me, so I don’t do that.

It’s been amazing to see the growth of my classes. I started the one class in the morning at 7 a.m. on Wednesday for 45 minutes. Within a month, I had a group of people ask me to do Fridays, and I said, ‘If I do Fridays, you have to come. You have to commit to it.’ The same group of people coming on Wednesday and Friday asked me to do Monday. There’s not a week that goes by that doesn’t have a core following of 12 to 15 people. It’s nice because you get in and get out in 45 minutes and then have your whole day of going to work. I get that some people only have time to work out at night, but for me, it really works in the morning. 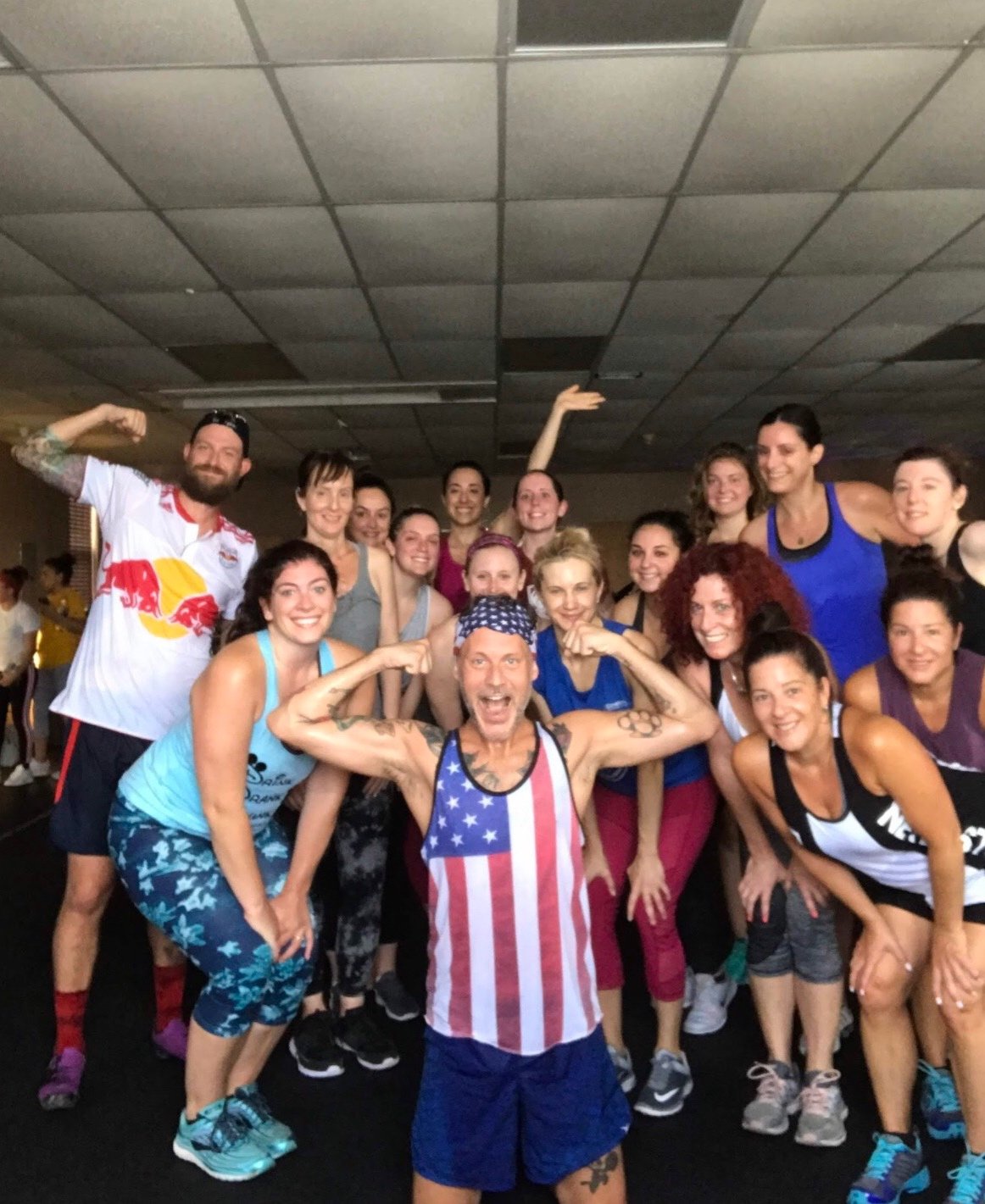 I just passed five years sobriety on April 22nd of this year. It seems like five years isn’t long, but it is really long for someone with alcohol issues. It was really nice to celebrate with my crew. The date that I was sober, I had a class that morning, and it was amazing to thank them for helping me stay sober. It’s great to want to get up in the morning and do something positive and not wake up hungover and go backward and play catch-up. You always have to play catch-up if you overdrink.

I also got into cooking and baking a lot as a way to consume time. I’ve worked in restaurants and bars all my life, so eating out was all the time for me. I decided that if I wanted to do this right, I needed to cut back on eating out three times a week and figure out ways of making my food interesting but also healthy. I decided that every recipe I made had to have five ingredients or less, and I had to know what they mean and how to say them. It sounded corny, but it worked. Everything doesn’t have to be expensive from Whole Foods and organic this and organic that. It just has to be made well.

In 2016, I was on the Food Network on a baking competition called Bakers vs. Fakers. I didn’t win the whole thing, but I won the first round. It was an amazing journey — something that was on my list for a long time. When you put it out into the universe and pray on it, it really works. 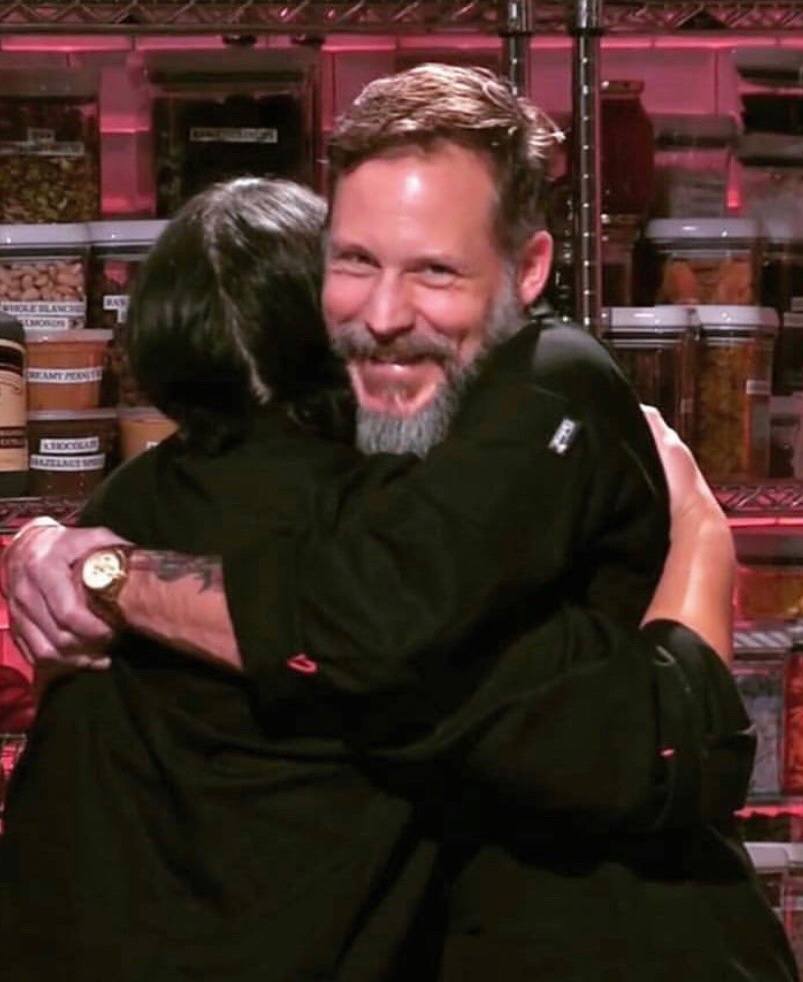 I’m so happy where I am — I’m the happiest I’ve ever been. I have an amazing job where I get to go train people who want to be trained, who want to do the work, who want to get in and have a good time but also want to change their bodies. I don’t personal train a lot for the simple fact that I like my group classes. I think I get more out of it — I like the energy in a group setting. All I see in myself is doing more and more and getting healthier and healthier as time goes on.

I get a lot of feedback from people that say they use my techniques for cooking from my account, @thesinglebaker, on Instagram. Or I’ll post workouts that I do on my personal Instagram story feed, @louisr4ezer. People who don’t go to my gym will send me messages being like, ‘I just did that’ or ‘How do I do that?’ It’s amazing to see that people all over are getting a little bit of Werrrk.

A lot of people have this phobia that it’s taboo to talk about alcohol. But I can tell you, I changed my life around, and it’s possible to do it. You just have to have the courage and the strength and to surround yourself with positive people. If you want to get help, you can get help.”