The Fishtown native collapsed on Valentine's Day, thanks to a rare bleeding condition known as HHT. Now her family's trying to raise awareness around the little-known disease. 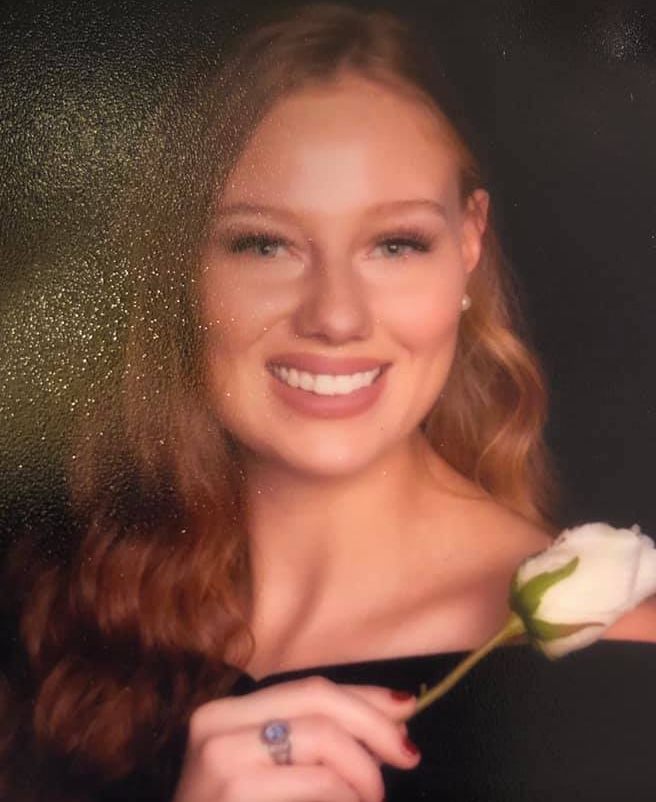 Haley Morris, 20, was studying at West Chester University. On February 14th, she died of complications related to a genetic disorder known as HHT. / Photograph courtesy of Susan Wallace

Every night, Susan Wallace and Haley Morris exchanged the same three phrases: “Good night. God bless you. I love ya.”

To an outsider, these remarks may have seemed detached, a habit you go through the motions of without thinking about. After all, the Philly-bred mother and daughter uttered their well wishes so quickly that the words blurred together into what sounded like one long Russian name: Goodnightgodbleshuiloveya. And yet, Susan and Haley couldn’t go to sleep without them. Even when Haley was off at West Chester University, studying to be a homicide detective, Susan FaceTimed her every night to make sure she was safe in bed. “Good night, god bless you, I love ya,” they repeated day after day, like an incantation that would keep one another safe from harm.

It wasn’t any different the night of February 13th, 2019. Haley had finished her waitressing shift at the South Philly location of the sports bar Chickie’s & Pete’s and taken an Uber to her parents’ Fishtown home. The 20-year-old opened Valentine’s Day gifts and folded laundry while she watched a comedy special with her father, John Wallace, known to family and friends as Wally. At 2:30 a.m., she went upstairs and said, “Good night, god bless you, I love ya,” to her mother. At 2:48 a.m., she hung up the phone with her boyfriend, Austin Kooker. At 3:05 a.m., Haley Morris walked down the hallway to her parents’ room. “Please help me,” she pleaded. “I can’t feel my arms.” Then she collapsed. The charm, it seems, hadn’t worked.

Haley was rushed to a trauma room at Hahnemann University Hospital and stripped to her underwear. It took about four minutes for a nurse to emerge and tell Susan the doctors couldn’t find a pulse. Susan, Wally, and John Patrick, Haley’s 11-year-old brother, opened the door to the trauma room to find about 15 different medical providers. They were shocking her heart, doing chest compressions, ventilating her with a bag to try to get oxygen to her lungs. Screams of Come on, Haley, come on, Haley pierced the room. Susan and John Patrick began to pray. Wally grabbed Haley’s foot and kissed it over and over, shaking her leg and yelling her name.

Then an eerie calmness seeped into Susan’s skin. “It was like she breathed right through me,” Susan says now, from a friend’s living room in Fishtown. “I felt like she literally walked right through me. I looked at my husband and said, ‘She’s gone.’’’

“They called it in front of us,” she continues. “The nurses were crying, and the doctor looked so scared and confused. We called my husband’s parents, and they came, and they looked just as confused as everyone else around me. The doctors came in, and they didn’t even know what to say. No one could really tell us what happened because I don’t really think they understood themselves — how this beautiful, perfectly healthy 20-year-old girl could just collapse like that.” 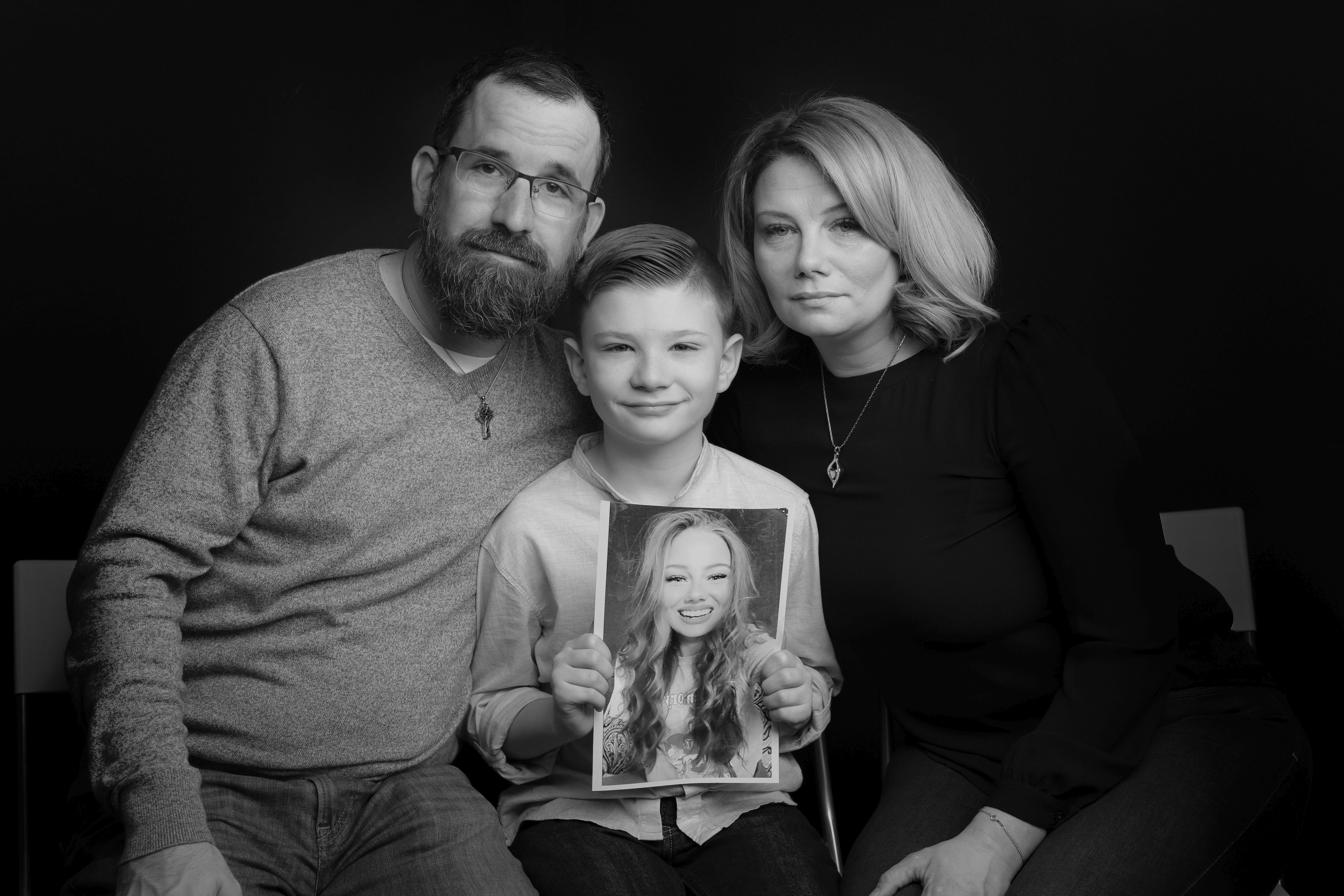 Susan and John Wallace and their son, John Patrick, are trying to raise awareness of the genetic disorder that took their daughter and sister’s life. / Photograph by David Zimand

The culprit, Haley’s family would eventually discover, was hereditary hemorrhagic telangiectasia (HHT), a genetic disorder that sounds more likely to star in a plot line on Grey’s Anatomy than to devastate a real family. Also known as Osler-Weber-Rendu disease, HHT affects the formation of blood vessels — and even though it’s considered rare, researchers estimate that 60,000 Americans live with the condition, whether they know it or not. “It’s the second most common bleeding disorder in the United States,” says Marianne Clancy, a PA native who serves as the executive director of the Maryland-based nonprofit Cure HHT. “But it’s not a problem with the wine. It’s a problem with the bottle.”

Specifically, HHT is a problem with the capillaries, tiny structures that carry blood from the high-pressure arteries to the low-pressure veins. In people with HHT, some arteries connect to veins directly in the lungs, brain, liver, GI tract, or spine. This cluster of blood vessels is called an arteriovenous malformation (AVM), and it causes blood to stay in a high-pressure state for longer, straining the vessels to the point that they stretch, expand — and sometimes break.

That was the case with Haley, who died when an AVM burst and filled her left lung with blood. (When the coroner called Susan to explain what had happened, the woman said, “Cause of death is natural.” Susan said to herself, “There isn’t anything natural about the way my daughter just died.”) It was likely the same heartbreaking story for Haley’s great-grandmother, great-aunt, and great-uncle, all of whom died of brain bleeds before they turned 55. Until now, Susan’s family assumed they had a history of brain aneurysms.

For many people, though, the first sign of HHT is not a tragic death but chronic nosebleeds — episodes that can range in frequency from a couple times a year to four or five times a day. “I remember waking up in the middle of the night with two-hour nosebleeds,” says Clancy, who has HHT herself. “They can vary from being a nuisance to people needing transfusions.”

There’s just one problem: A lot of kids get nosebleeds. As a result, it’s difficult to make the leap from a bloody schnozz to a genetic disorder, especially for medical providers who don’t see very many HHT cases or parents who aren’t aware of the disease.

That’s why Susan and Wally, who have created the Haley Morris Foundation to raise awareness of HHT, would like to give school nurses pamphlets about the disorder. “Who sees more nosebleeds than the nurse, right?” Susan says. “If a nurse sees maybe three nosebleeds a month from a kid, maybe they could pass that pamphlet along to the parents. All I can hope and pray to God is they’ll read that pamphlet and maybe call the doctor and say, ‘Maybe we should look into this a little more.’”

Another classic HHT symptom, says Scott O. Trerotola — the division chief of interventional radiology at Penn Medicine and an HHT expert — are red, pinhead-size spots on the fingers, lips, or tongue. They often turn white when you press on them, like tiny sunburns. A well-trained otolaryngologist (read: an ear, nose, and throat specialist) can typically recognize HHT if they see these spots in combination with nosebleeds.

And, once HHT is diagnosed, Trerotola says, it tends to be easy to treat. Although remedies vary, an outpatient procedure and regular screening is often enough to manage the condition. (Cure HHT is also raising money to fund a 10-center clinical trial for a new HHT drug.) “What’s disappointing is there’s a lot of denial in HHT families, precisely because people aren’t that sick,” Trerotola says. “They say, ‘Oh, it’s just a nosebleed,’ and they don’t go and get things looked for that are going to hurt them. The fact of the matter is, they’re afraid of what they’re going to find. But then something devastating happens, like what happened to Haley.” 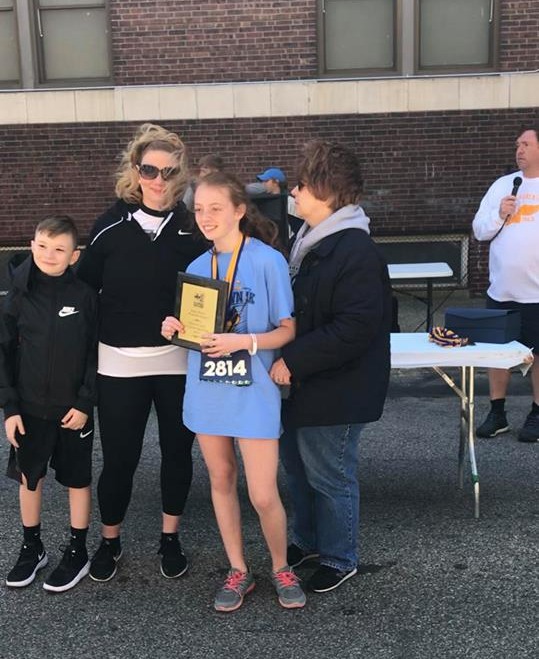 And, boy, did Haley Morris shine. She was funny, humble, down-to-earth, the kind of kid who picks trash up off the sidewalks and invites the girl sitting alone in the cafeteria to join her for lunch. Her nickname was Haley Bug because ladybugs flocked to her. It’d be freezing, the middle of dreary, energy-sucking Philly winter, and three or four of the bright red insects would land right on Haley’s skin. Her mother marveled. Like moths to a flame.

As she grew older, Haley babysat for neighbors and played on the softball and soccer teams for the Fishtown rec league and John W. Hallahan Catholic Girls’ High School. She went to the Philadelphia Flower Show with her mom, a Pearl Jam concert with her dad. The day she graduated from high school, Wally told her she didn’t need to keep curfew anymore. Instead of rolling in as the sun rose, Haley was home by 1:30 a.m., gushing over how grateful she was for the newfound freedom.

In the end, though, Haley didn’t want to go off by herself. Once she headed to college in Chester County, she came back every weekend to spend time with her parents, John Patrick, and her boyfriend, Austin. Garden Logan, a neighbor and close friend of Susan’s, remembers when Haley and Austin, for instance, showed up to the Fishtown Christmas Bazaar. “They looked like a movie star couple coming into a basement bazaar with a bunch of wild kids and old people eating cold hot dogs and pierogis,” she says. “I remember thinking, ‘What is she doing? When I was in college, you’d have to drag me with a rope to get me home.’”

Haley was actually in the process of transferring to Temple University, so she could be closer to her tight-knit support network. “All my friends have girls, and they would say how special and unique Haley’s relationship was with me and that they wished that they had that with their daughters,” Susan says. “Right now, at this time in their life, all they’re doing is bickering and fighting. I always felt so bad for them ‘cuz I couldn’t understand what they were fighting over.”

When Haley died, the community she loved showed up. “When I walked out of that hospital, I was definitely questioning my own faith,” Susan says, “but by the time I got to my front door, it was completely restored.” Hundreds of people were camped outside the family home. Some slept on the floor to keep Susan and Wally company. The cards, the flowers, the food, the phone calls were never-ending.

St. Laurentius Catholic School, which Haley attended for elementary and middle school (her brother still goes there), even created the Haley Morris Award to give to the top student finisher at the 5K race the school holds each spring. “We wanted to keep her memory a part of our school community,” says A.J. Thomson, a longtime Fishtowner and the organizer of the event. “It’s a good way to show support for her family, to honor a girl who this is what you want your daughter to do: go to school, work hard, go to college, work hard there, working as she was going to college, helping to put herself through it.”

“The way she passed away, there’s no answer for it,” he continues. “But we can only hope people might learn about the disorder she had through just hearing her name.”

That’s Susan and Wally’s hope, too. They’ve got big plans for their foundation — creating a scholarship in Haley’s name, potentially establishing an HHT walk. They’re already the faces of a new Cure HHT campaign that’s designed to raise awareness for the disease, especially around Global HHT Awareness Day on June 23rd.

As if to tell them they’re following the right path, ladybugs keep appearing in the Wallace orbit. Aunts, cousins, and other family members have sent Susan pictures of red insects crawling on their arms. Recently, Haley’s cousin Malinda was in therapy, and a ladybug came to rest on her. There weren’t any windows in the office. Malinda burst into tears. The therapist looked at the ladybug. Energy never dies, he said. It just evolves.