HipCityVeg Will Open Its First Location in the ’Burbs This Weekend 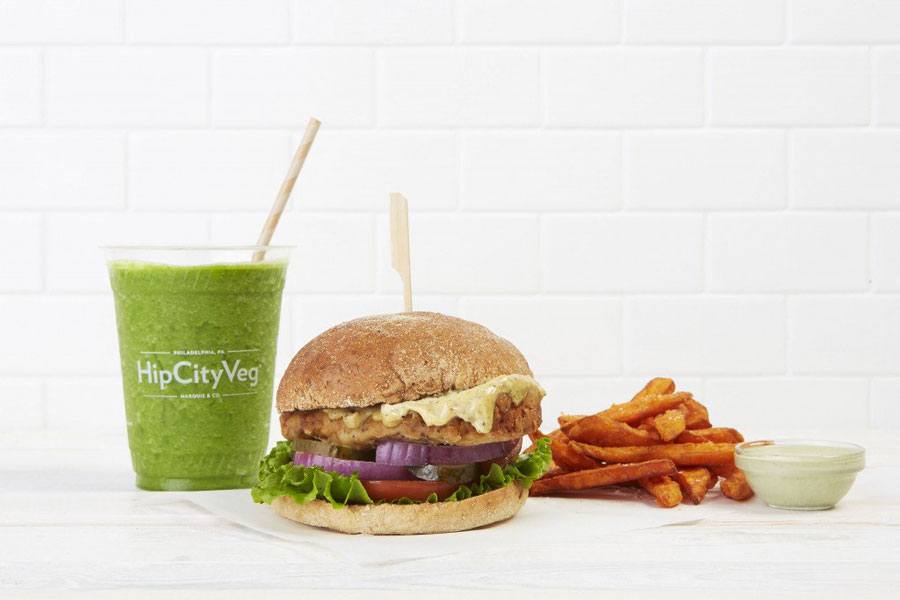 HipCityVeg will start serving the Main Line for the first time on Saturday, June 8th in Ardmore. / Photograph courtesy HipCityVeg.

A main feature of HipCityVeg’s identity—other than dishing up 100-percent plant-based fare—is that it’s metropolitan to its core. It’s called HipCityVeg, after all.

HipCityVeg has its roots in Philadelphia. Founder and owner Nicole Marquis (who also owns Charlie Was a Sinner and Bar Bombon) opened the first location in Rittenhouse in 2012 shortly after becoming a vegan herself and helping her father adopt a plant-based diet to help with his Type 2 diabetes. Since then, HipCityVeg has fed three other Philly areas—Center City, University City, and Penn’s Landing (in Spruce Street Harbor Park)—as well one D.C. neighborhood (with a second forthcoming).

This weekend, the vegan, fast-casual foodery is expanding once again, this time outside its city-centric comfort zone. On Saturday, June 8th, HipCityVeg officially opens its doors in Ardmore.

The new (and first) Main Line location has its home in Suburban Square, a few doors down from Sweetgreen. At the grand opening celebration, which runs from 11 a.m. to 1 p.m., you’ll get to enjoy complimentary banana whip sundaes, HipCityVeg’s guilt-free version of ice cream. There will also be fun for the entire family, including balloon animals, face painting, and a photo booth. One hundred percent of the day’s proceeds will be donated to Children’s Hospital of Philadelphia.

As if you Main Liners weren’t psyched enough already, a Radnor location is also currently in the works. No set opening date has been released, so for now, chow down on some delicious, feel-good food in Ardmore.