The newest Philly location of F45 Training will officially open on May 11th. 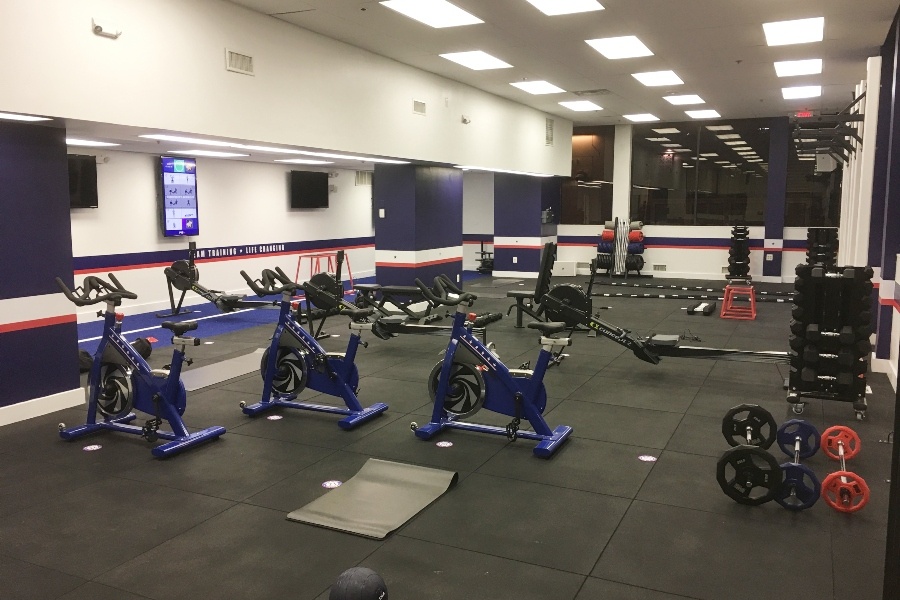 “To go solo or not to go solo, that is the question” — of the fitness world, of course. Each of us has our workout preferences: Some like to kick it alone while others crave communal vibes. Although there’s nothing wrong with quality “me” time, a recent study showed exercising with others can be more effective to reduce stress and improve our mental and emotional states. That’s because crushing your goals alongside other people (who are also crushing their goals) increases accountability and builds a sense of community for everyone.

F45 Training, which just arrived in Center City, has this group fitness mentality. F45, which started seven years ago in Australia, is a team-based, functional training regimen that incorporates High-Intensity Interval Training (HIIT), functional movements, and resistance- and cardio-based exercises into one setting. With 31 different sweat sessions whose programs and orders consistently change, you’ll never get the same workout twice. 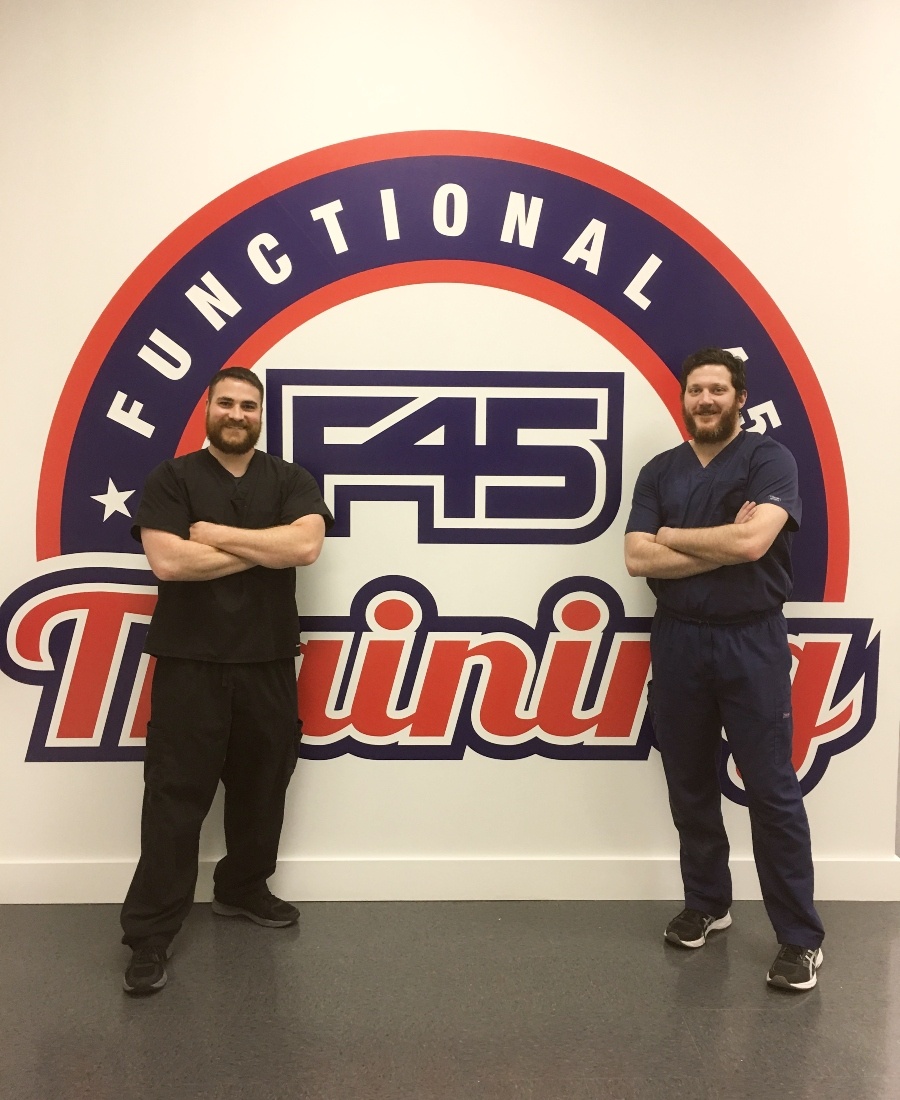 The new Center City location, set to officially open on May 11th, is helmed by two local physical therapists. Joe Swoyer and Dan Vizak grew up in Northeast Philadelphia together and later reconnected during Arcadia University’s physical therapy program. While at a 76ers game, Vizak came across a flyer advertising the F45 workout, likely because center Joel Embiid was an F45 ambassador at the time. The duo then headed to the closest F45 studio (nearly four hours away in Maryland) and took the Hollywood circuit class. Captivated by the workout’s focus on strength, endurance, and community, Swoyer and Vizak decided to bring this intense form of training to Philly.

F45 Center City has its 4,000 square-foot home at 1900 John F. Kennedy Boulevard (on the 20th Street corner of the Penn Center House). It’s a split studio, with workouts taking place in the lower level and amenities like showers and lockers in the mezzanine. Televisions are placed around the exercise space, allowing the two trainers per session to keep each demoed move on a loop. At the Center City location, you get the extra perk of having two licensed and practicing physical therapists lead you safely through your workout.

At F45 Center City’s grand opening on the 11th, you can expect at least two Hollywood classes — the current schedule lists 9:30 a.m. and 11 a.m. sessions, but Swoyer and Vizak may add a third — as well as wellness vendors (think: Endeavor Athletic, green juices, cryotherapy), giveaways, and a live DJ. The classes will be capped at 27 participants.

If you can’t wait until the grand opening (we can’t either!), the studio is already in the middle of its two-week soft opening, and you can sign up here or here to take 14 days’ worth of free classes right now. The introductory schedule offers about five classes during the week and two on Saturdays, including three F45 favorites: