Fuel your training with these long run breakfasts of champions. 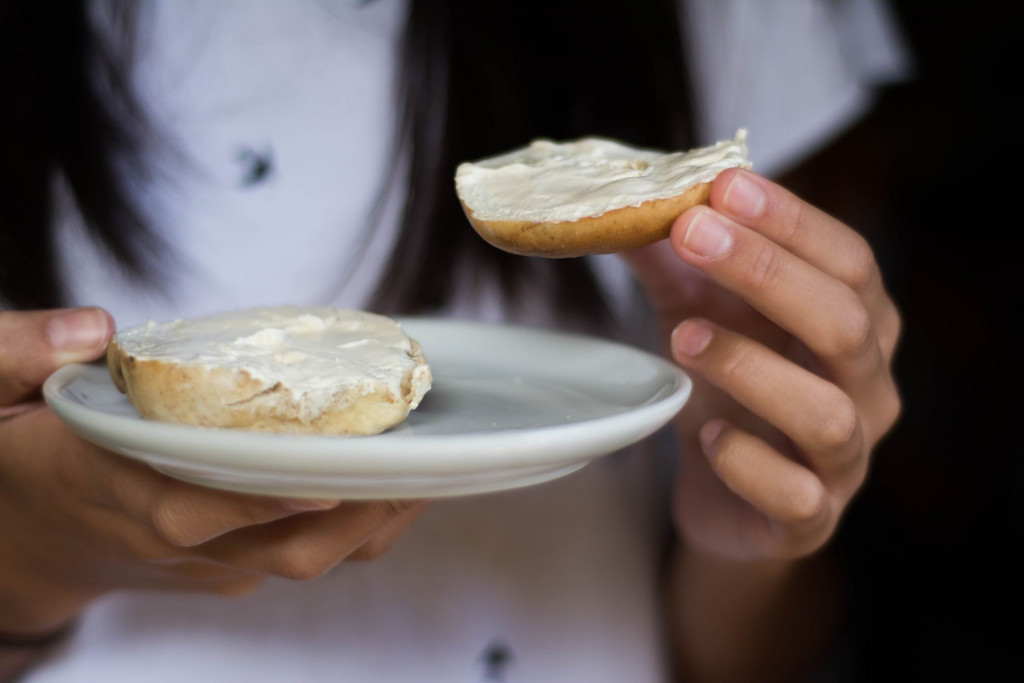 Bagels make the list of long run breakfasts of champions. Photograph by iStock/Nanulaitta.

Probably the only thing runners think about more than running is food — what kinds of food they’re going to eat the night before, the morning of, during, and after long runs can make a pretty big difference in how the body functions several miles in. While everyone is different — some people can’t handle running with anything in their stomachs, while others absolutely have to have eaten — we asked local Philly runners what they eat for their long run breakfasts.

Below, find a few suggestions for what — and when — these pro runners fuel before clocking their miles, then go ahead try some of these long run breakfasts yourself. Who knows, you may just find your new fave!

“What I eat before a long run depends on how how early I’m eating and running. If I wake up and only have an hour to get ready before a morning long run, I’ll eat a piece of toast with peanut butter or hummus. If I’m running a half marathon, I usually wake up a little earlier (maybe two to three hours before) and I’ll have tofu scramble with spinach, peppers, and toast. No matter how early I wake up, I always have water to make sure I’m properly hydrated.” — Takia McClendon, co-founder of City Fit Girls

“I tend to stick within the 400 to 600 calorie range before a run longer than 10 miles. Before a marathon, I am most DEFINITELY getting in those 600 calories. I’ll usually time my meal within a 400 to 500 calorie range three to four hours before the race, and then slam another 100 to 150 calories an hour before. My go-to breakfast is a bagel with vegan scallion spread (holla to South Street Philly Bagels a.k.a. my morning angels), a handful of raisins, and a little almond milk and banana smoothie.

“For snacks, I stick with a ziplock bag of granola. Nothing tops homemade granola, but I’m also a big fan of KIND Snacks, Trish Moves, and Go Macro bars.” — Jon Lyons, founder of Run215

“I like to keep it simple, straightforward and do what I know works for ME. I stick to a paleo diet, so my go-to is a sweet potato and one to two hard boiled eggs before, let’s say, a run that is over 10 miles. Sometimes I throw in a quarter to half an avocado for some healthy fats.” — Ali Cook Jackson, triathlete and owner of Never Give Up Training

Overnight Oats and a NoCow Bar

“If I am running first thing in the morning (before 7 a.m.) I will do it fasted. It is too early to have anything in my system. If [my run] has to be mid-morning or afternoon, I will make sure I have breakfast, which consists of overnight oats that I prepare the night before, and then a bar. I make sure I have that bar in me at least one full hour before my run. My favorite bar right now is a No Cow bar — vegan protein and one gram of sugar. You really can’t beat that.” — Angelena Minniti, hgAthletics ambassador and run leader

“When I get into the long runs, I try to keep it very simple with water and carbs in the morning — usually a bagel (no cream cheese or anything) or a granola bar.” — Carl Ewald, executive director of Run Fest

“I’m a morning runner, so I don’t typically eat a very large breakfast before I head out the door. Instead, I always make sure to have a hardy dinner. For runs that are 10 miles or less, I’ll have a piece of toast with peanut or almond butter, or a granola bar. For runs over 10 miles, I’ll have something a bit more robust. I buy the packets of plain rolled oats and I’ll add maple syrup or honey and cinnamon for some flavor, or two pieces of toast with peanut or almond butter and a banana. I’ll make an egg scramble or protein smoothie when I get back from my run — who can say no to a second breakfast!?” Jessica Wayashe, long-distance charity runner and corporate partnerships at City Fitness