Pig Yoga Is a Thing in Philly, And Oh My Gosh Does It Look Wonderful 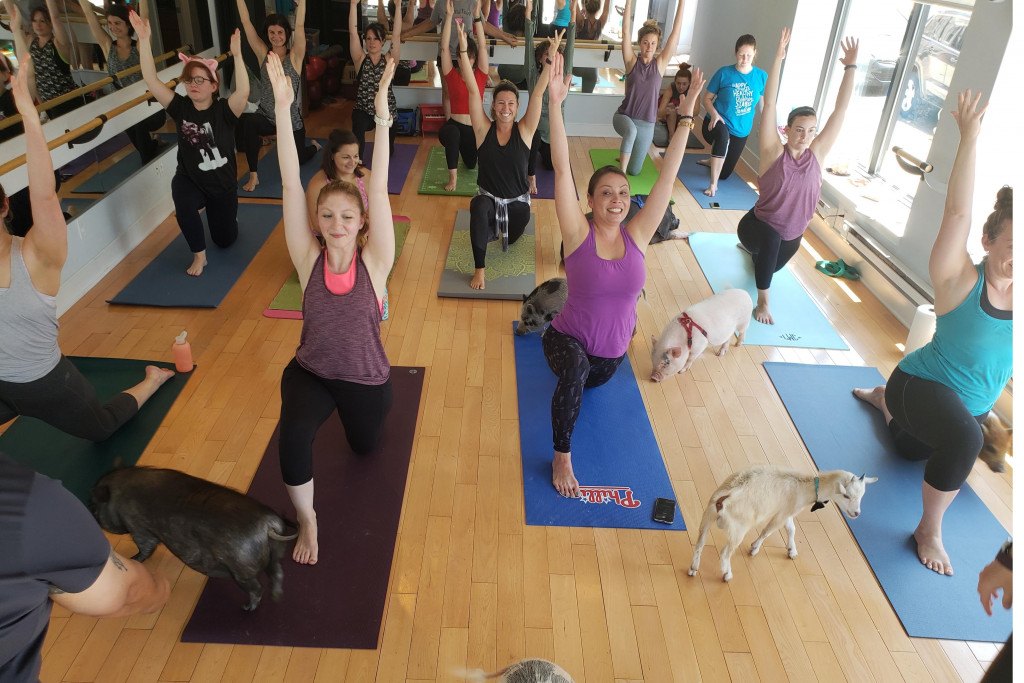 I’ll be the first to admit that I thought we’d seen peak cute-animals-with-yoga when puppy yoga became a thing. I mean, all I ever want to do is snuggle puppies. How could anything possibly top that?

Then I discovered pig yoga.

It’s exactly what it sounds like: a yoga class, with pigs. (Like in puppy yoga, the pigs are just there, being their fat, roly-poly selves. They don’t actually do any yoga.) While you will probably do considerable less yoga during a pig yoga class, you will do considerably more hanging out with piggies. 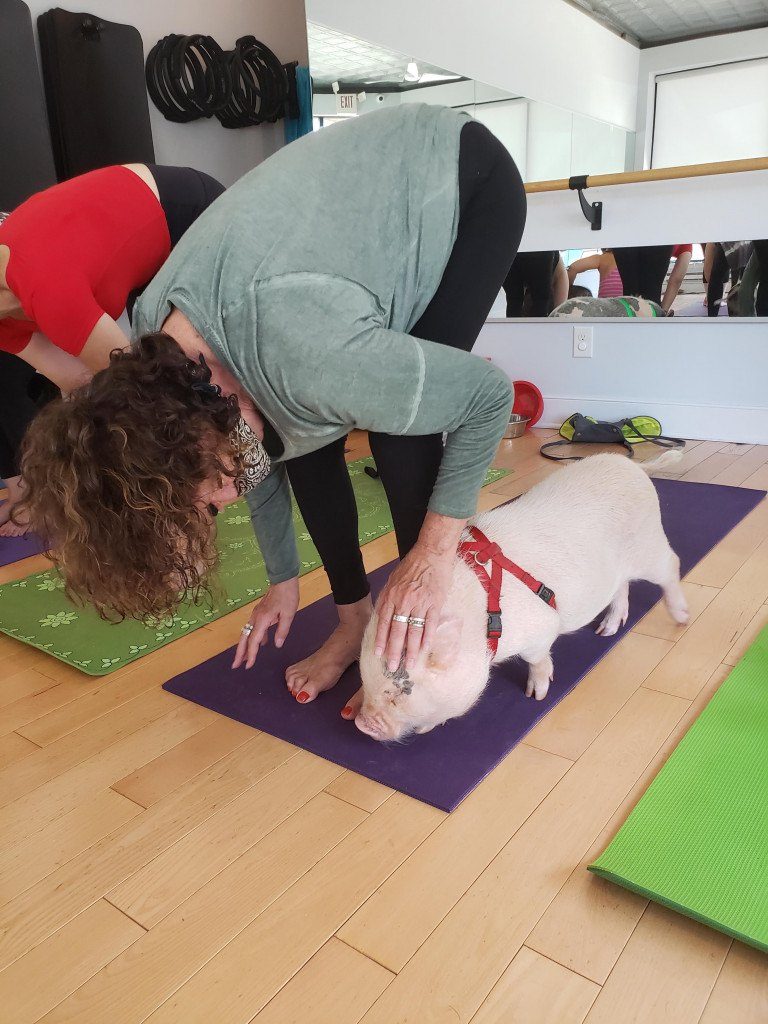 Tuck Barre & Yoga recently brought this unique practice to life at their Point Breeze studio, thanks to some special guests from FairyTail Acres, a pig rescue organization based in Denver, Pennsylvania. The class included six rescue pigs and one bow-tie-wearing goat, named Squeaks.

Unsurprisingly, the pig yoga class was pretty popular. After posting the classes online, all the spots sold out in an hour, says Callie Kim, Tuck Barre & Yoga’s owner. Kim was thrilled at the response. She hopped that the pig yoga classes — which benefitted FairyTail Acres — would not only be a fun activity, but would help people to learn more about the animals.

“Studies show that pigs are smarter than dogs, but many people see pigs only as ‘pork,'” says Kim. “I wanted to give people an opportunity to interact with pigs so maybe they will view them in a different light. What better place than in a yoga class!” 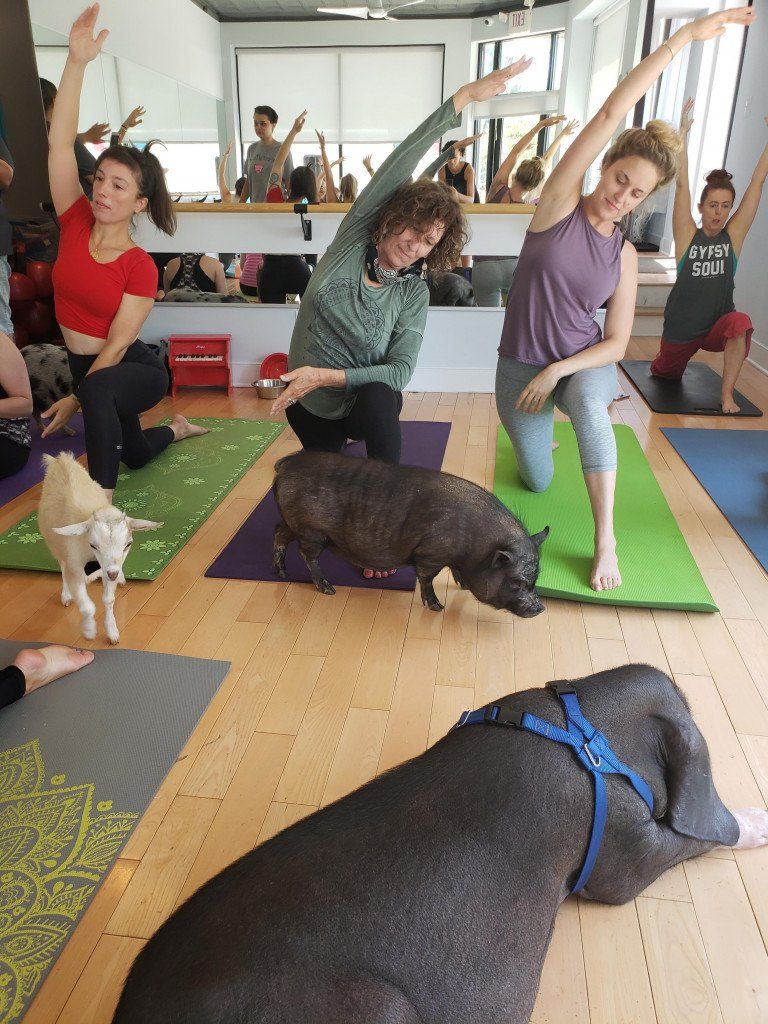 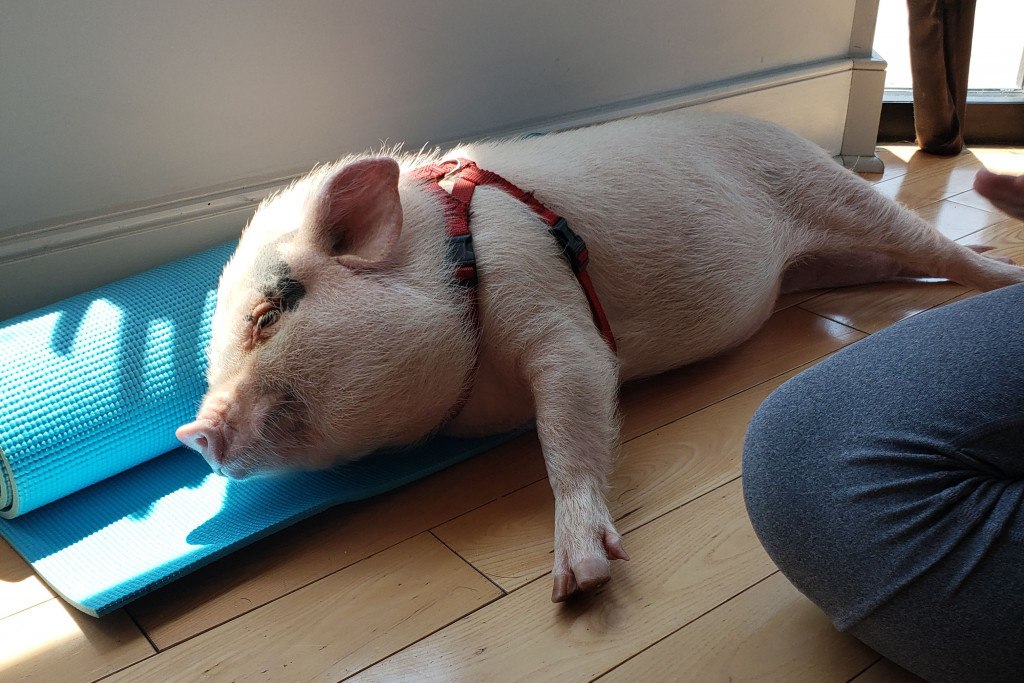 Chris Hainley, the owner of FairyTale Acres, says that the classes are great for the pigs too, as they love the belly rubs, snacks, and chance to socialize. The proceeds from the classes went to paying off vet bills and buying new blankets and water troughs for the pigs. 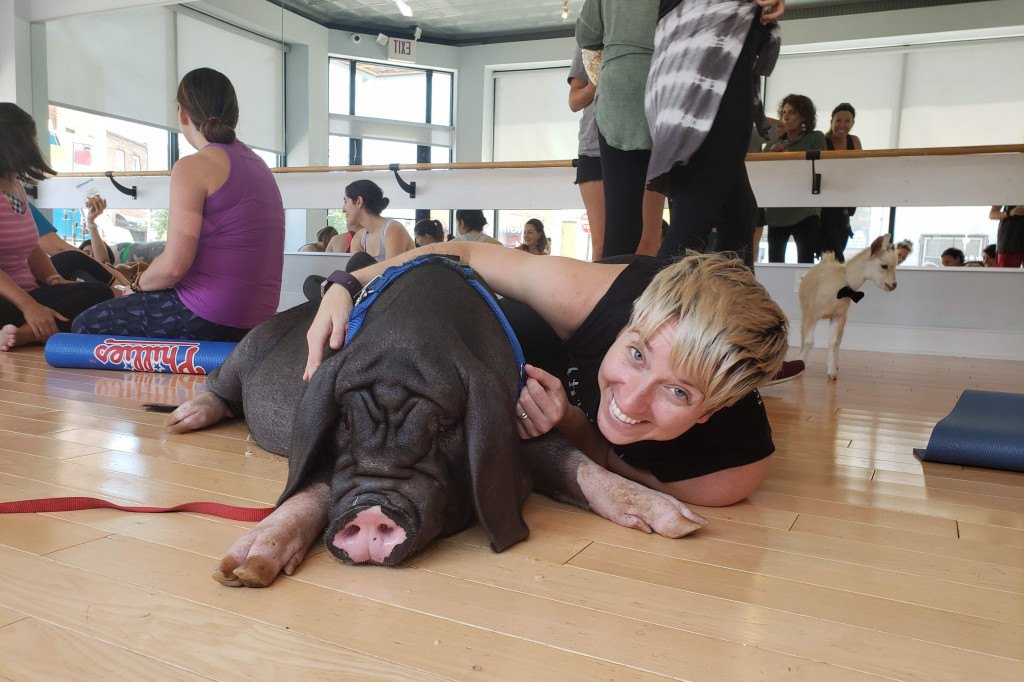 The class was enough of a hit that Kim says they already have another session in the works for Saturday, September 15. Kim plans to host two classes — a vinyasa class with the pigs at 12:30 p.m., followed by a “pig yin” class at 1:45 p.m. Tickets will be available soon, so keep an eye on Tuck Barre & Yoga’s schedule and Facebook page to nab a spot.