Philly’s New Swedish Workout is 30 Minutes, Crazy Hard, and Unlike Anything You’ve Tried Before 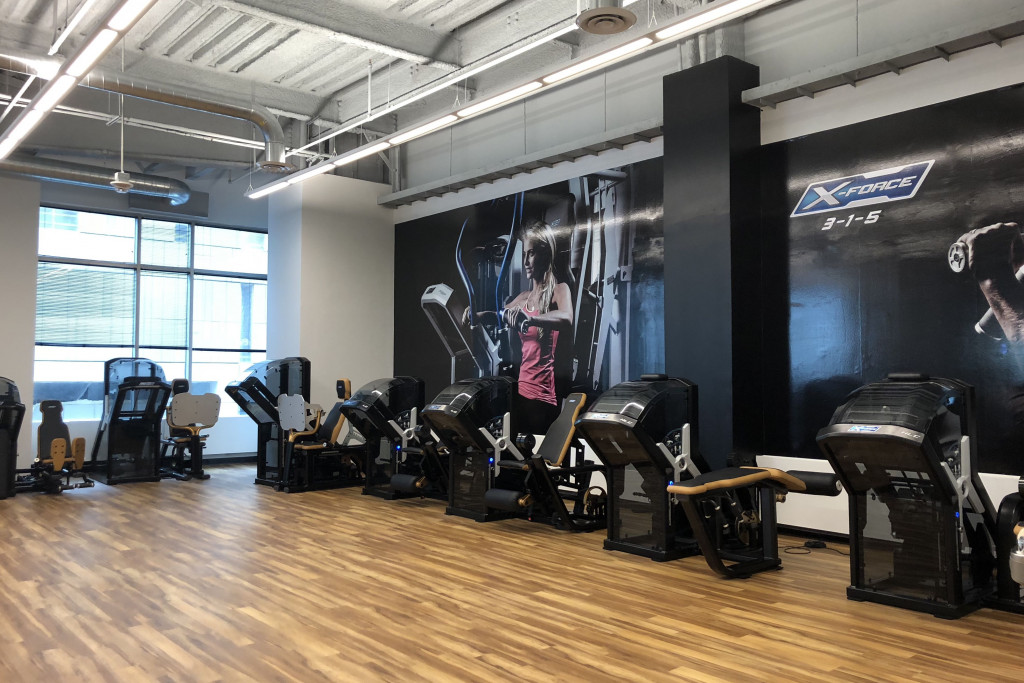 Thirty minutes of strength training once a week sounds like nothing, right? Well, what if we told you that was all the strength training you needed in a week? That’s the promise at Center City’s new gym, X Force, a Swedish workout concept that’s here to give Philadelphians the hardest workout of their lives — all in a quick half-hour session.

While I’m sure you’re a little skeptical reading that — what gym hasn’t promised to be the hardest? — so was I. But then I tried it, and let me be the first to say: After spending 30 minutes with X Force trainers, lifting a fork to my mouth is practically an Olympic feat. 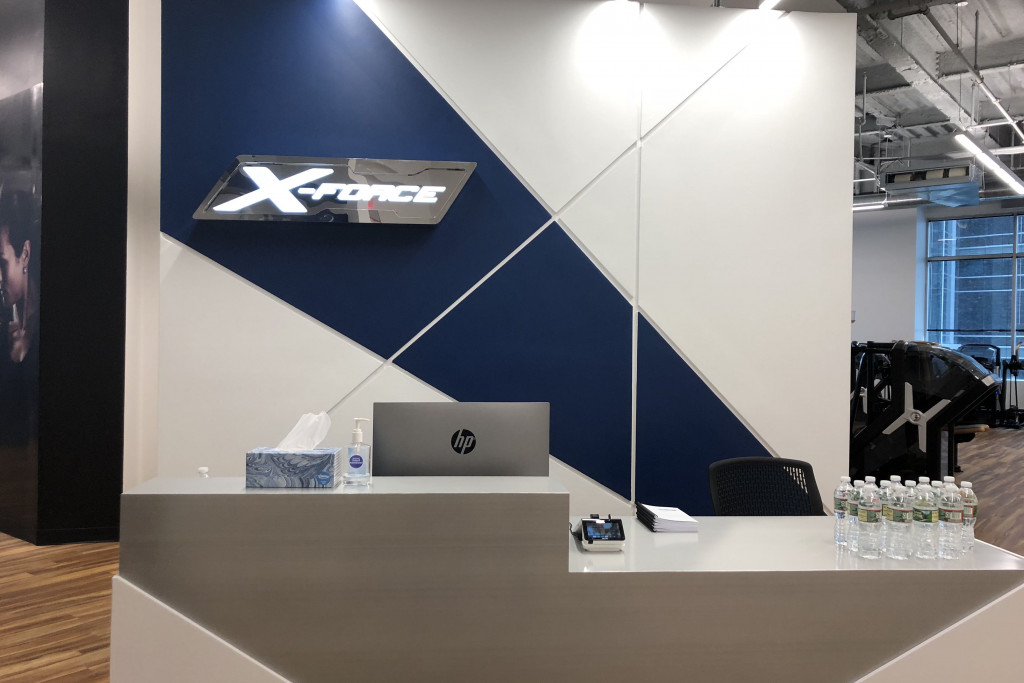 X Force is located on the second floor of the Graham Building. Photograph by Caroline Cunningham.

So what makes it so challenging? The whole concept of X Force is based on “negative accentuated training.” And what the heck is negative accentuated training? Essentially, it’s the part of weight lifting when you’re bringing the weight back down. Rather than just focusing on throwing a weight up overhead, negative training works the muscles even more as the weight is lowered — as in 40 percent more.

Since it’d be pretty awkward, not to mention dangerous, to throw on extra weights when you’re at the top of a lift, X Force uses specially manufactured machines from Sweden, where X Force’s method and equipment was invented. The weight stacks — just like you’d see on any other machine — start off tilted forward, which makes the resistance lighter. Once you’ve fully extended on the machine, however, the X Force machines use electricity to flip the weight stack vertical, increasing the resistance by 40 percent as you bring the weight back down. 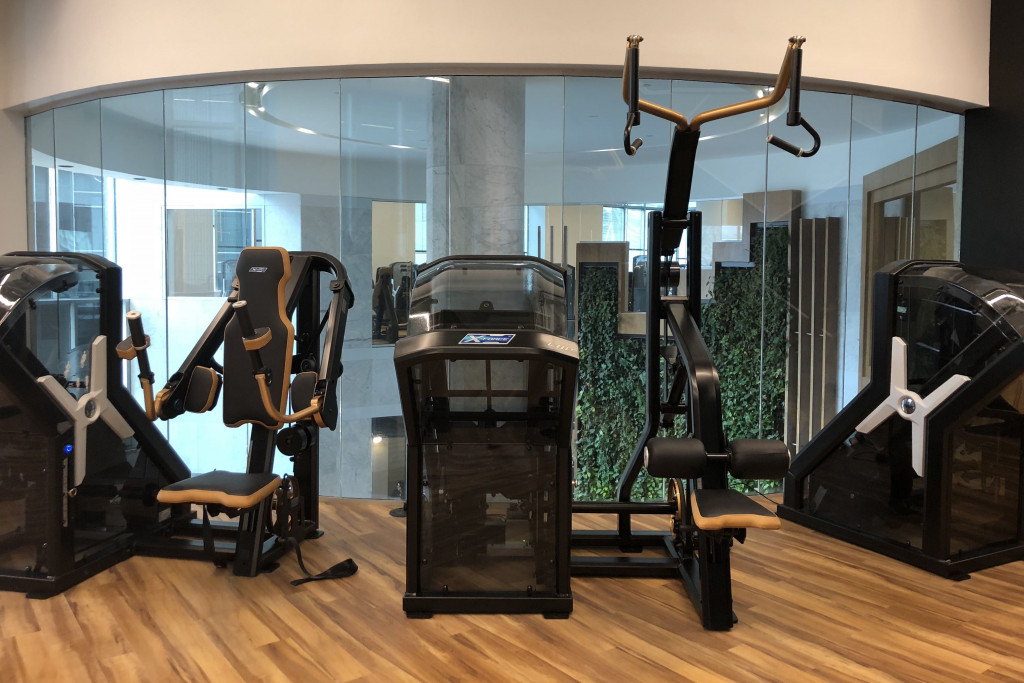 In order to do use an X Force machine properly, you can’t move too quickly. The X Force trainers really want you to feel the burn coming back down, which is why they follow a 3-1-5 model: three seconds pushing the weights up or out, one second hold, then five seconds bringing the weights back down.

When I had a first go at an X Force chest press machine, I couldn’t help but utter an “oh wow” as I slowly brought the handles back towards me. Feeling the sudden increase of weight burned in a way I hadn’t felt before. By eight reps in, my arms and chest were on fire.

Using the machines, you can tell right away they’re high end; the owners spent between $11,000 and $15,000 per machine. The weights move smoothly, and they move more naturally with your body — without putting unnecessary strain on your joints — to help avoid injury. For this reason, they’re really intended for anybody, no matter age or fitness level. 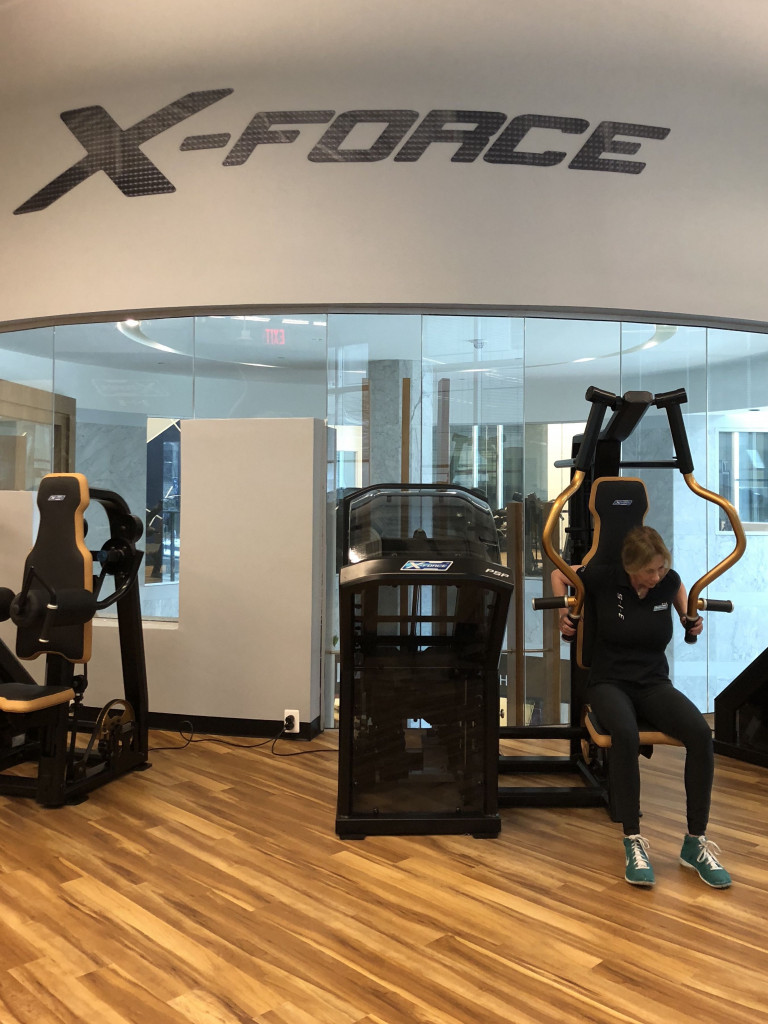 X Force Philadelphia has 22 machines, all of which work a different muscle group. In a typical session, you’ll work one-on-one with a trainer (X Force only does private training — no group classes) at a machine, working to complete six to twelve repetitions. Once you’ve maxed out — a.k.a. can’t possibly complete another rep — you move right on to the next machine, using around 12 machines per session. 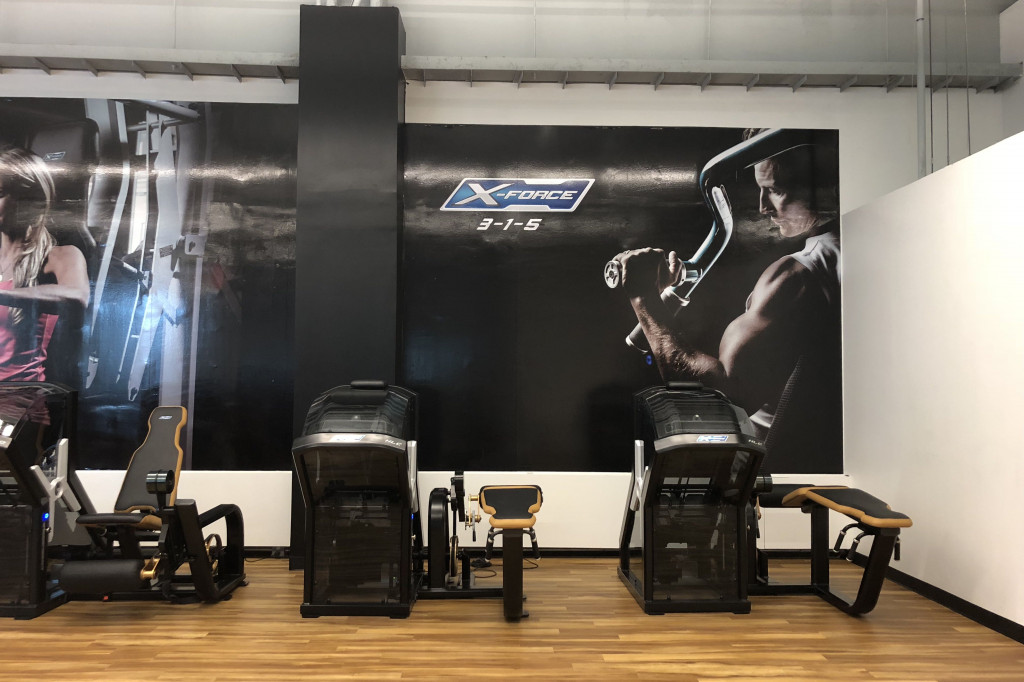 X Force is home to 22 of the Swedish-designed machines. Photograph by Caroline Cunningham.

There’s no chit chatting or idle time at X Force; you’ve only got 30 minutes to train, and you’d better believe you’re making the most of it. And because you’re moving from machine to machine the entire time, your heart rate will remain elevated throughout — which means you’re getting a little cardio in with your strength training. 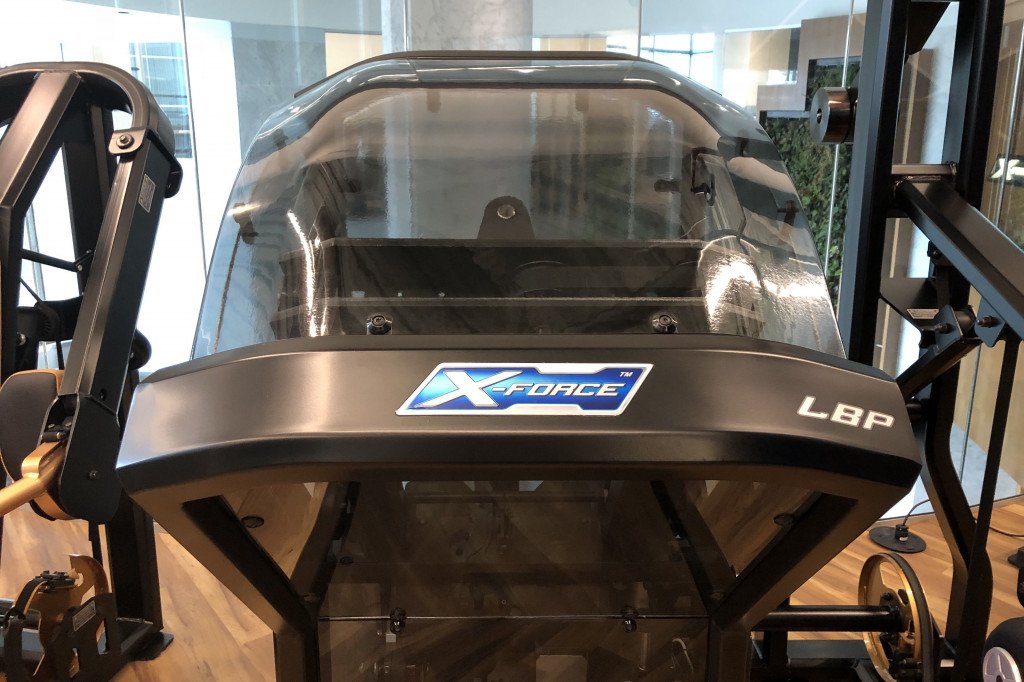 A look at the weight stacks on an X Force machine. Photograph by Caroline Cunningham.

The owners of the gym, Roger and Elanna Schwab, first introduced Philadelphia to X Force training in 2012, when they brought around a dozen of the machines to their Bryn Mawr gym, Main Line Health & Fitness. In 2015, the pair decided to retire and sold their Main Line gym. Just three years later, they’re out of retirement, have moved downtown — right across the street from their gym, in fact — and opened X Force on January 2.

“Retirement didn’t work for us,” says Roger. “We decided we really wanted to do something that would give back to the community.”