Here, 10 killer Groupon deals on fitness and food in the Philly area. 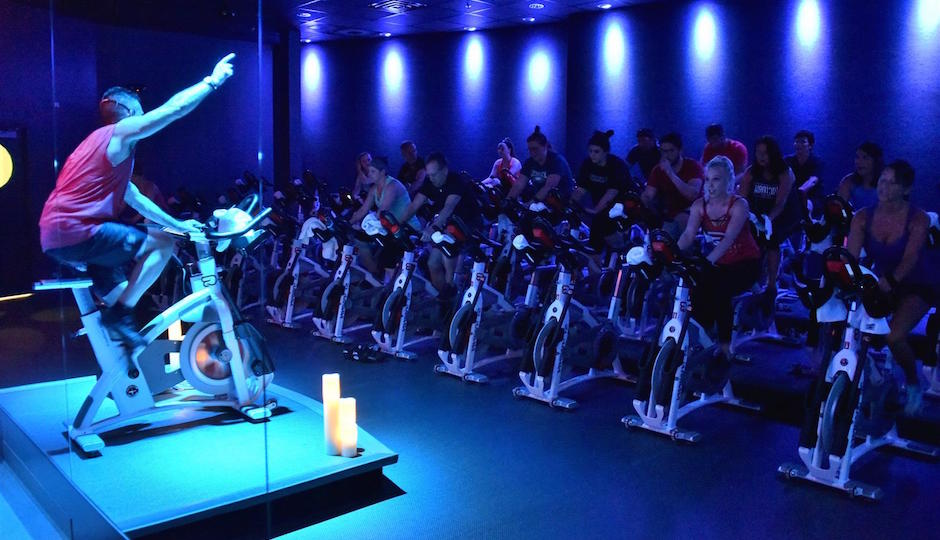 I don’t know about you guys, but I certainly don’t utilize Groupon enough (okay, ever), but that’s all about to change — the deals are pretty unbeatable. Admittedly, it can be a little tedious to navigate through all of Groupon’s deals (first world problems, am I right?), so to make it easier for you, our beloved readers, we gathered up 10 local deals on fitness classes (think: CycleBar, CorePower Yoga, SWEAT Fitness and more) and food (hey, MOM’s Organic Market), that will help you get your sweat on and refuel without breaking the bank. Happy sweating!

Holy cow, right? The major stipulation is that you have to be new to the studio or have been inactive there for the past year. There’s a limit of one per person, but you can buy one as a gift for both deals, which expire 90 days after your purchase. The deal is only valid for hot yoga classes and can’t be used for the donation-based Philly Yoga Factory classes.

Yep: That’s a whopping 54 percent off of your cycling classes. Now that’s a darn good deal. It’s only available to new clients who have never worked out at the Plymouth Meeting studio before. The deal expires six months after your purchase it, so you’ll have plenty of time to get to spinning. With your purchase, you still have to abide by the studio’s policies for reservations and cancellations.

You can’t deny it: $5.60 for a yoga class is a darn good deal, and that’s what you’ll get for this Groupon. Keep in mind that this is for new customers only (sorry, studio rats) and only one can be purchased per person, though you can pick one up as a gift so you can have sweaty hangs with your BFF. Just keep your eyes on the calendar because this package will expire four months after your purchase.

The deal: $79 for one month of unlimited yoga
Where: CorePower Yoga, 1616 Walnut Street, Rittenhouse and 1460 Bethlehem Pike, North Wales.

Start planning early for Christmas for all of your yogi friends and loved ones: You can only purchase one pass for yourself but you can buy up to five as gifts and you have until December 15th to grab ’em. The deal is only available to new clients or folks that haven’t visited the studio since March. Bonus: Newbies will also receive one week of additional free classes.

This is a great deal if you’re looking to hit the gym or jump in on a fitness class. You must be a new client to the gym to redeem any of these deals and it will expire four months after your purchase. You can buy only one for yourself and one as a gift for your favorite gym buddy.

The deal: Three months of unlimited yoga for $85 or one month for $32
Where: Raja Yoga, 724 South 2oth Street, Fitler Square.

No matter the option you choose, you’ll get a good workout and stretch at Raja. You do have to be a new member to purchase the voucher, which is limited to one per person with the option to buy one as a gift as well. The deal expires four months after your purchase and it cannot be used for meditation classes.

The deal: One month of unlimited yoga for $40 or five yoga classes for $33
Where: Sanctuary Yoga and Mindfulness, 1233 Locust Street, Washington Square West

Obviously, the month of unlimited yoga is the better deal, but for whatever option you choose, you must be new to the studio or have been inactive for a year. The deal will expire four months after your purchase and you have to activate it by the expiration date on the voucher (mark it on your calendar, friends!). You can only purchase one for yourself and an additional one that may be used as a gift.

In case you haven’t heard P’unk Burger is bomb. They have a whole slew of vegan and vegetarian-friendly menu items, including vegan milkshakes. Say it with us: YASSS. This deal expires four months after your purchase and can be redeemed in-store only, meaning that it is not valid for take out or delivery. Also keep in mind that this is a cash-only joint.

The deal: $12 for $20 worth of organic pizza, salad and drinks
Where: SliCe Fishtown, 431 East Girard Avenue, Fishtown.

Unfortunately, this deal is only available at SliCe Fishtown but it’s worth traveling for the unique and delicious pizza this joint is slinging. And not every gluten-free pizza is trust-worthy, but Be Well editor Adjua vouches for this one. The deal expires four months after your purchase and it’s important to note that SliCe is cash-only and the deal is only valid for dine-in, not takeout or delivery purchases.

Remember a few weeks ago when we told you that the newly opened Center City MOM’s Organic location was offering a $30 worth of groceries for $15? Well, fortunately for us, the deal is still going strong. Just remember, the deal is only good at the new Center City location. You have to redeem the deal by December 5th and there’s a limit of one per person.