Study: This Is Exactly How Often You Should Be Moving If You Sit All Day

Here, your excuse to take more breaks during the workday. 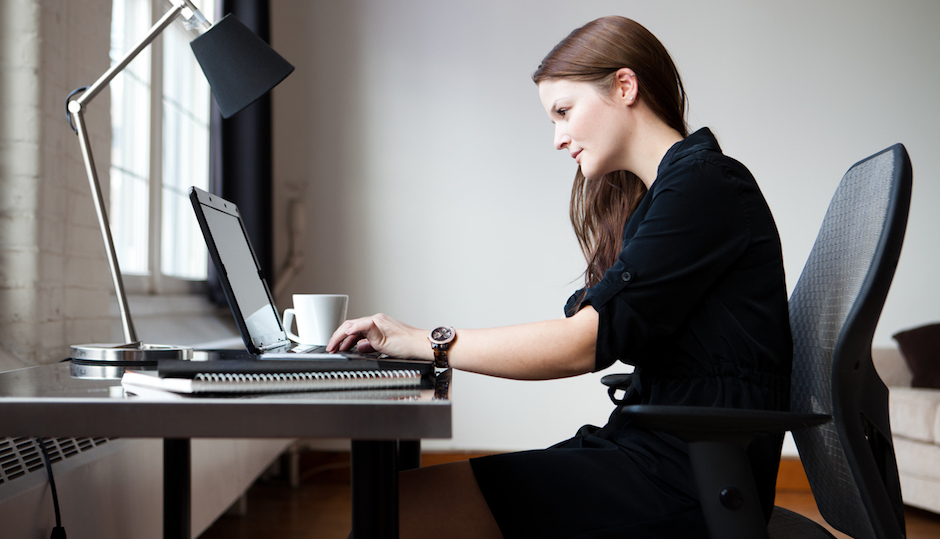 For years, we’ve been berated for sitting. It’s ingrained in our temporal lobes that sitting at home, at our jobs, and even on the plane is, long story short, killing us — along with making us gain weight, making us more prone to brain fog, giving us poor posture, and putting us at higher risk for heart disease. But what do most of us do? We read about the studies while sitting at our desks, feeling slightly guilty but probably not enough to, um, actually walk around the office. And no, your after-work barre class isn’t actually working against all the negative effects that come along with a full day spent in your desk chair — but a 30-minute alarm could, says as new study published in the Annals of Internal Medicine.

As the New York Times reports, the study found that a sedentary lifestyle was linked to higher risk of early death. But that’s not really news. (Again: You’ve been told that before.) What is news is that they found a way to lessen the damage your desk chair is inflicting on your health. For the study, doctors from Columbia University, the University of South Carolina and other institutions tested around 8,000 adults aged 45 years or older. Throughout the study, each of the participants wore an accelerometer and their movements — including how much time they spent sitting, taking breaks and moving — were tracked over the course of four years. In the end, the results indicated that “the total volume of sedentary time and its accrual in prolonged, uninterrupted bouts are associated with all-cause mortality, suggestive that physical activity guidelines should target reducing and interrupting sedentary time to reduce risk for death.” In regular human speak: The people who were sedentary most of the day had the highest risk of an early death — even when they exercised regularly. So yes, your barre habit is great, but it’s not going to do much good if you’re sitting the rest of the day.

But here’s where it gets interesting. Per the New York Times, “People whose time spent sitting usually lasted for less than 30 minutes at a stretch were less likely to have died than those whose sitting was more prolonged, even if the total hours of sitting time were the same.” These breaks always consisted of more movement than just standing up (so, walking to the kitchen to refill your coffee cup, for instance). The point? The study’s results suggest that moving around every 30 minutes could help you steer clear of some of the health woes that come with sitting all day.

So, what does that mean for those of us bound to our office chairs and eternally glued to our computer screens? Well, the study’s results suggest that moving every 30 minutes can keep some of the negative effects of a more sedentary lifestyle (or, you know, having an office job) at bay. All you need to do is set your phone alarm, Apple Watch or Fitbit to alert yourself to get up and move every 30 minutes. Read: You now have a perfectly acceptable health-related excuse to take more breaks.