They're not wrong, though. 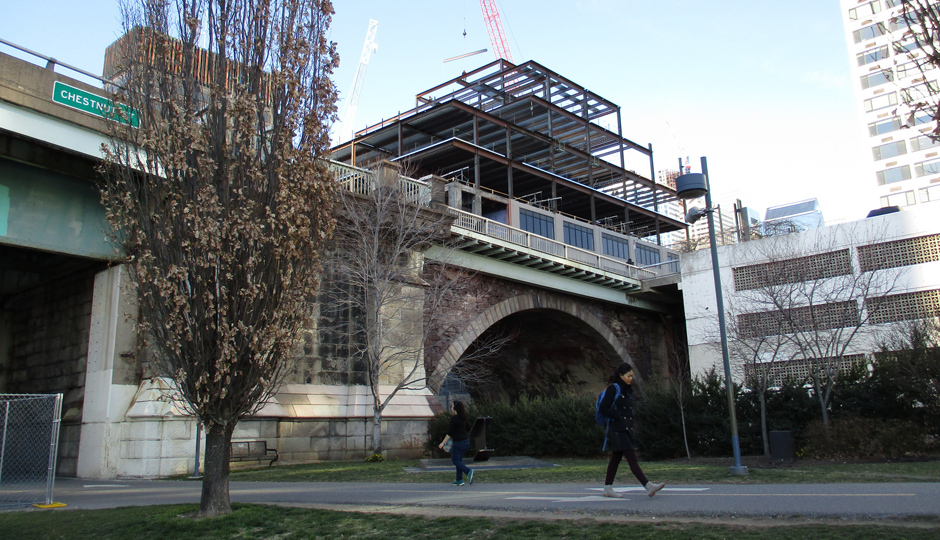 There’s a sinkhole on the Schuylkill River Trail by the Chestnut Street Bridge that’s been fenced off for a good chunk of time now. This is annoying for a number of reasons, but mostly because it limits the trail available to runners, cyclists and walkers, causing congestion. And yesterday, a photo of a disgruntled trail user’s efforts to call out the claims that the hole is “under construction” and will be fixed, well, anytime soon, appeared on Reddit. It is impressively passive aggressive and also kind of hilarious.

As you can see above, the sign says (sarcastically), “We could argue that at least this obstruction is located in an area that doesn’t have a blind corner or becomes a bottleneck for runners and bikers. OH WAIT. JK. Ya know, it really isn’t thaaat big of a deal (I just needed to vent in the form of an expensive sign), but just don’t tell us it’s going to be fixed soon. K thx!” There’s also a photo of a corpse with the text, “Me waiting for this hole to be fixed.” Who knew trail construction drama could be so entertaining?

Mark Dent of Billy Penn looked into why the heck the hole has yet to be fixed, and turns out, it’s because the sinkhole is a really expensive problem to remedy. As in, it will cost $1 million dollars to repair, and the Schuylkill River Development Corporation doesn’t have that kind of cash lying around. The idea is to have PennDOT repair it when they are working on the Chestnut Street Bridge, sometime in the winter of 2017 or 2018.

So yeah, it won’t actually be under construction for … a while. Still, the sign saying, “NOT ACTUALLY UNDER CONSTRUCTION” is gone, Billy Penn notes.