As strange as it sounds, it's actually a good thing. A Finnish tradition is making its way to Philly by way of Temple University Hospital. What’s the tradition, you ask? That would be baby boxes: Free cardboard boxes (sturdy cardboard boxes, I should say) given to all new mothers, filled with all sorts of useful items that someone who just gave birth to a tiny human might be a little too overwhelmed to go to the store and buy. Think: onesies, baby books, diapers, a thermometer, baby wash, booties, and more. Oh! And did we mention, the box also serves as a bassinet? Complete with mattress, tight-fitting sheet, and all.

I know, I know: Putting your newborn baby to bed in a cardboard box sounds a little strange, but the idea is that giving new parents these baby boxes — which they can keep right next to their beds —  will reduce risky behavior associated with infant mortality, especially co-sleeping.

If you’re skeptically tilting your head, know: Research seems to show the baby boxes work wonders. Finland introduced their government-funded baby boxes in 1938, when almost 10 percent of Finnish children died before their first birthday. Since introducing the boxes over 70 years ago, the country’s rate of infant deaths has steadily dropped, with Finland now boasting the lowest rate of infant mortality of all the 27 wealthiest countries in the world, according to a 2014 report from the CDC. Spoiler: the United States comes in on the opposite end of that list, with the highest infant mortality rate of the 27 wealthiest countries.

Temple’s baby box program, the largest of its kind in the US, with the boxes given out universally and not based on need, is part of the hospital’s Sleep Awareness Family Education at Temple program, which consists of three phases, the first two being primarily education based, with new moms being schooled on safe sleep practices before leaving the hospital. Phase three, which starts now, combines safe sleep education with the baby boxes.

As Dr. Megan Heere, medical director of the Well Baby Nursery at Temple University Hospital, and Jennifer Rodriguez, director of Nursing Services at Temple, tell me, the boxes — along with all their contents — are designed to reduce behavior associated with infant mortality, on a variety of levels. For instance, they explain, mothers who are having trouble feeding their newborns often co-sleep with them, a risky behavior associated with infant mortality. So to help avoid this, the box contains answers to frequently asked questions related to both formula feeding and breastfeeding. And they can also keep the box right next to their bed instead of keeping the baby in bed with them. The boxes also include information on how to get free cribs in the city, for when the baby grows out of the box at around two to three months. And when it comes to the box serving as a bassinet, it’s designed with a tight-fitting sheet and a hard mattress, both of which are recommended for newborns.

Temple currently has enough funding for 3,000 baby boxes, manufactured by Baby Box Co., the first of which they gave out on Tuesday. Phase three of the SAFE-T program will run for a year (the hospital sees around 3,000 births in a year, Dr. Heere says), and once it’s over, Temple will analyze data from the program to see how the increased sleep-safety education, along with the baby boxes, impacted the high-risk behaviors associated with sudden unexplained infant death. Who knows? This could just be the start of a new tradition in Philly. After all, as Dr. Heere says, in Finland the boxes have become “a maternal rite of passage.”

Now, let’s get to the cute photos of a baby snoozin’ in their new baby box, shall we? 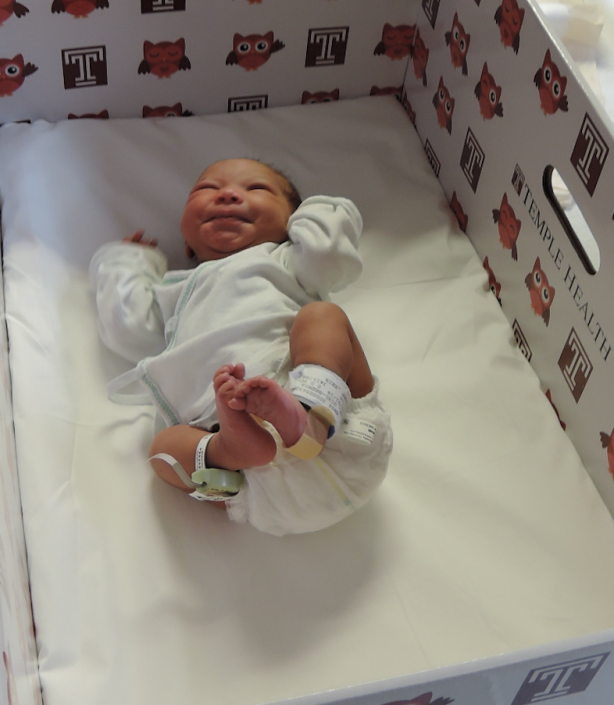 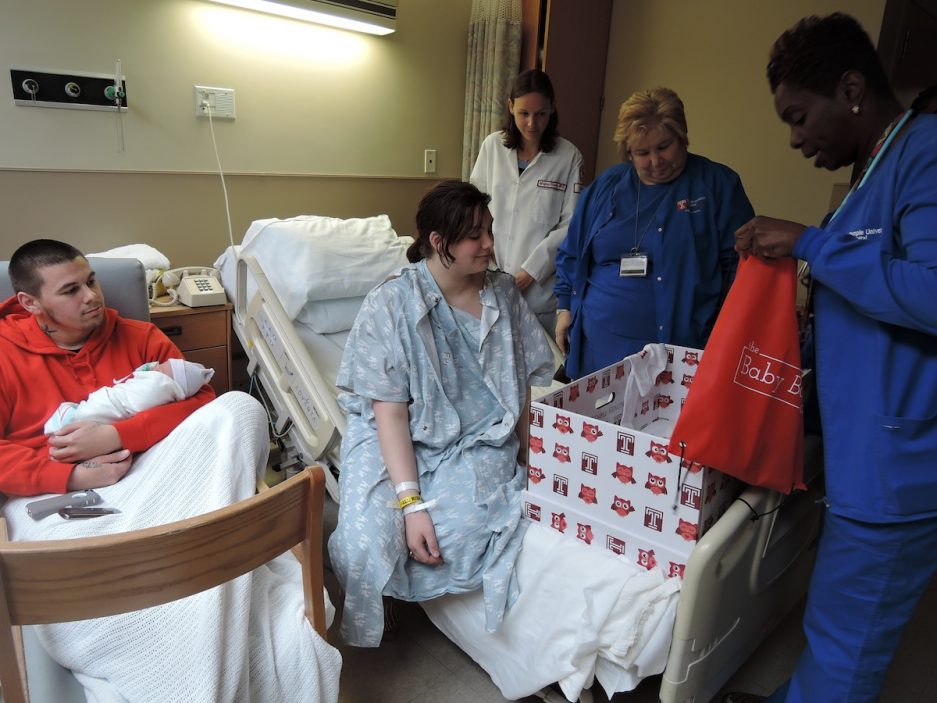 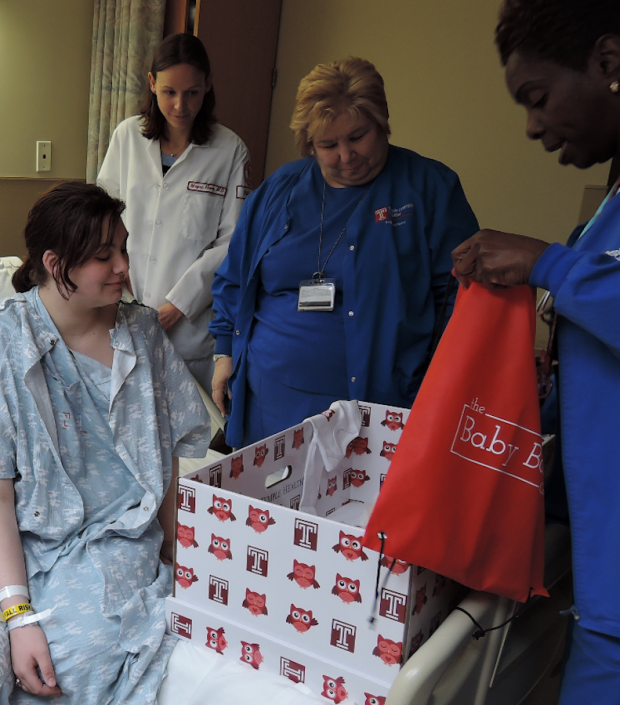