Lululemon CFO: “We’ve Had Lots of PR Issues This Year” 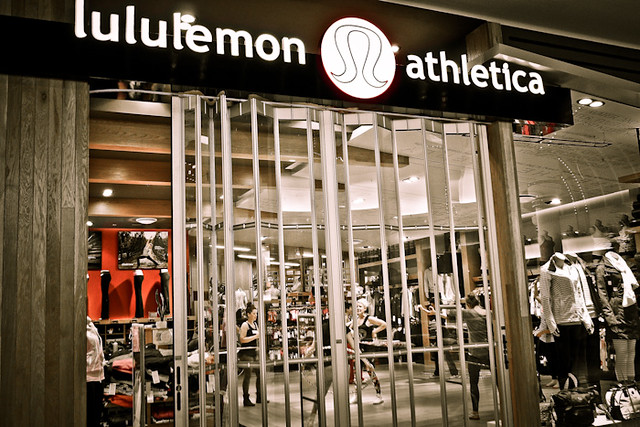 Yogawear company Lululemon is having a rough week. On Tuesday the company announced that co-founder and chairman, Chip Wilson, would be stepping down. And yesterday, according to the New York Times, despite announcing relatively decent third-quarter sales, which were up slightly compared to last year, the company predicted a less-than-stellar yearly-earnings forecast, causing the company’s stock to take a 12 percent tumble.

So why such lackluster fourth-quarter sales predictions? Because with all of the negative publicity surrounding the infamous see-through Luon pants scandal paired with Wilson’s alienating comments (you know, where he claimed that some women’s bodies “just actually don’t work” in yoga pants), the company doubts they’ll be seeing too many holiday shoppers this year.

According to a piece published in the Financial Post yesterday, chief financial officer John Currie told analysts, “Let’s face it, we’ve had lots of PR issues this year …and there is undoubtedly some impact on traffic, and therefore the business.”

And as soon-to-be-replaced CEO Christine Day explained in a statement, according to the New York Times: “…While our outlook for the fourth quarter is being impacted by both macro and execution issues, I believe that investments we are making in the business combined with the team in place create a strain platform for growth in the years ahead.”

When she says “investments,” I assume she’s referring to the incoming CEO Laurent Potdevin, current president of TOMS, and Michael Casey, Wilson’s replacement. So, here’s to hoping these guys can revamp Lululemon’s floundering image—because it looks like it might be a tough gig. Also, am I the only person wondering where the heck their crisis-management team has been during this slew of embarrassing disasters?