TIME’s Breastfeeding Cover Mom Is At It Again

Wait, haven't we been there, done that? No, you’re not seeing double. TIME Magazine’s infamous breastfeeding cover mom, Jamie Grumet, is at it again, this time posing for a nonprofit magazine called Pathways to Family Wellness, which promotes holistic parenting practices. In similar TIME fashion, the new cover shows her breastfeeding her now four-year-old son, Aram. (Although some mommy bloggers are saying this is a much more tasteful picture than the TIME cover. Agree?)

According to a press release, Grumet opens up in the Pathways cover story about “why she posed for the TIME cover, her disappointment in being used as a pawn in the media-invented mommy wars, and how she and her family survived the firestorm to continue their conscious parenting advocacy in the U.S.”

Hmmm. Call me a skeptic, but somehow I think posing with your four-year-old attached to your nipple for yet another magazine cover is probably not the way to avoid a so-called firestorm. I honestly couldn’t care less if Grumet wants to breastfeed her kid until he’s 25—that’s totally her call. But to me, this feels a bit like someone trying to extend her fame an extra 15 minutes. I mean, if there’s one thing I know about the Internet, it’s that it has the attention span of a fruit fly. Which means that most of us had probably completely forgotten about the TIME cover already. So bringing it up again months later and posing for another magazine cover, ostensibly to defend yourself—what, exactly, does that accomplish? 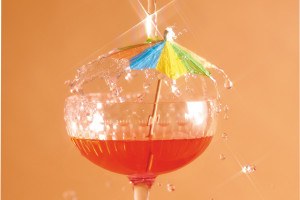