One major challenge of parenting around these parts? January through March. But with a little creativity and planning, winter can be as fun as summer. 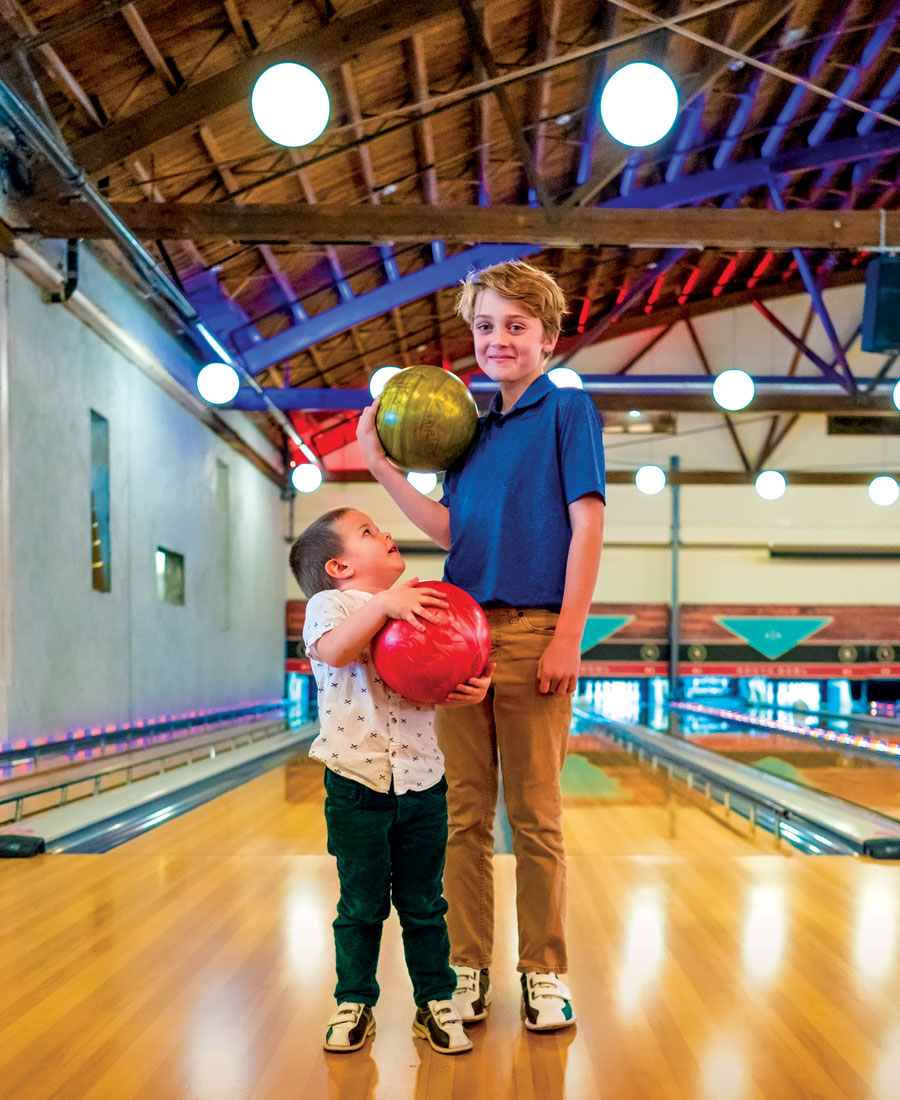 Bowling at South Bowl in South Philly are just one of our ideas for things to do with kids in winter. Photograph by Jeff Fusco

One major challenge of parenting around these parts? January through March. But with a little creativity and planning, winter can be as fun as summer. Here, 31 ways to crush the cold.

Trust us — you haven’t done it all.

Visit a Museum You Haven’t Been to Before 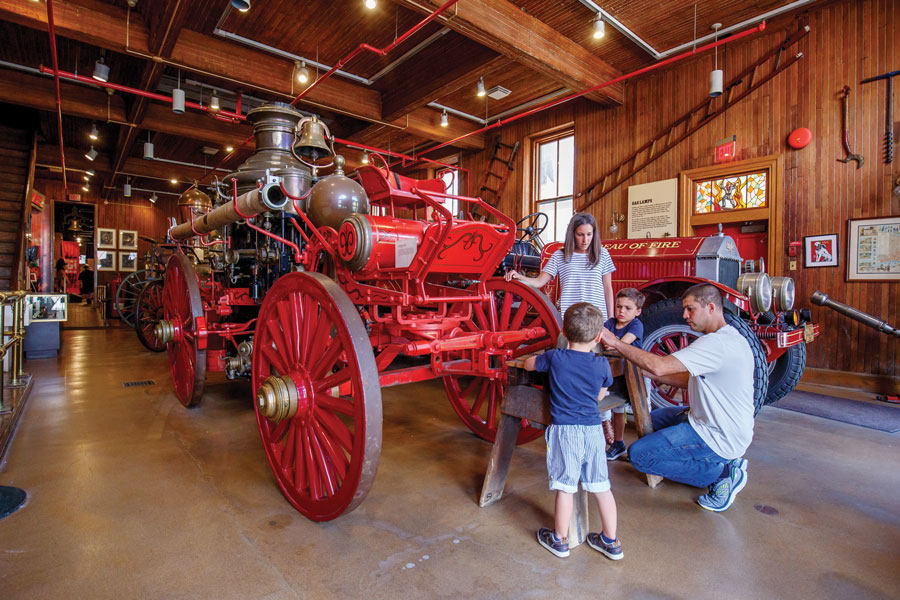 Wagner Free Institute of Science
This Victorian-era science museum is a treasure trove of more than 100,000 specimens, including seashells, insects and fossils. Check out the complete draft horse skeleton and bones from the first American saber-toothed tiger ever found. 1700 West Montgomery Avenue, North Philly.

Penn Museum
The archaeology and anthropology museum reopened in 2019 after a multi-million dollar renovation, with all new Middle East and Africa galleries. But don’t miss the Egypt area, where you’ll find the largest sphinx in the Western Hemisphere. Also on view until June 12th, The Stories We Wear is a look into 2,500 years of the clothing and accessories people have worn, and the meaning behind them. Kids will love pieces like a Buddhist priest’s brass headdress and warrior armor woven from coconut husks. 3260 South Street, University City.

African American Museum in Philadelphia
With four exhibition galleries, you and your kiddos will feel like time has slipped away from all the learning and art-gazing you’re doing. The museum has a slew of Black History Month programs throughout February, including a music and dance performance on the 20th and a Harriet Tubman-themed art-making workshop on the 26th. Beyond February, there’s Family Fun Days on the second Saturday of every month, replete with kid-centered hands-on activities.

American Swedish Historical Museum
This under-the-radar museum showcases Viking history and has an entire room dedicated to Pippi Longstocking where kids can play dress-up or grab a map and embark on a gallery hunt. Bonus: a gift shop with sweet Scandinavian toys, textiles and snacks. 1900 Pattison Avenue, South Philly.

American Helicopter Museum
For budding aviators who can tell an Osprey from an Osage, as well as toddlers who point to the sky anytime a chopper zips by. Dozens of rotary-wing aircraft are on display, and many can be boarded. 1220 American Boulevard, West Chester.

National Constitution Center
The museum unveiled The 19th Amendment: How Women Won the Vote in August 2020, in conjunction for the 100th anniversary of the ratification of the amendment. The permanent exhibit highlights the women who propelled the movement with artifacts like Pennsylvania’s ratification copy of the amendment, plus a slew of other interactive elements that bring the topic to life for school-aged kids. 525 Arch Street, Old City.

Or See Another Side of Your Favorite Museum

The Franklin Institute
Kicking off on February 18th, the science museum is unveiling its long-awaited Harry Potter exhibition. Spanning 20,000-square feet, fans can get an up-close look at movie props and costumes, and explore areas intricately designed to conjure the Great Hall, the Forbidden Forest, and more. It’s pure magic for Gryffindors and Slytherins alike. 222 North 20th Street, Logan Circle.

Independence Hall
Sure, they’ve seen where the Declaration was signed, but are the kids official Junior Rangers? Download the free Independence Junior Ranger app, pick up the activity book at the visitors’ center, and complete activities to earn a badge and certificate. There’s even an induction ceremony. 520 Chestnut Street, Old City.

Please Touch Museum
From now until May 8th, experience Rube Goldberg: The World of Hilarious Invention exhibition at the all-star kids’ museum. Inspired by the engineer and inventor’s drawings, kids will go bananas for the kooky contraptions, which they can, of course, try for themselves. 4231 Avenue of the Republic, West Philly.

10 free (or nearly free) fantastic things to do around Philly. 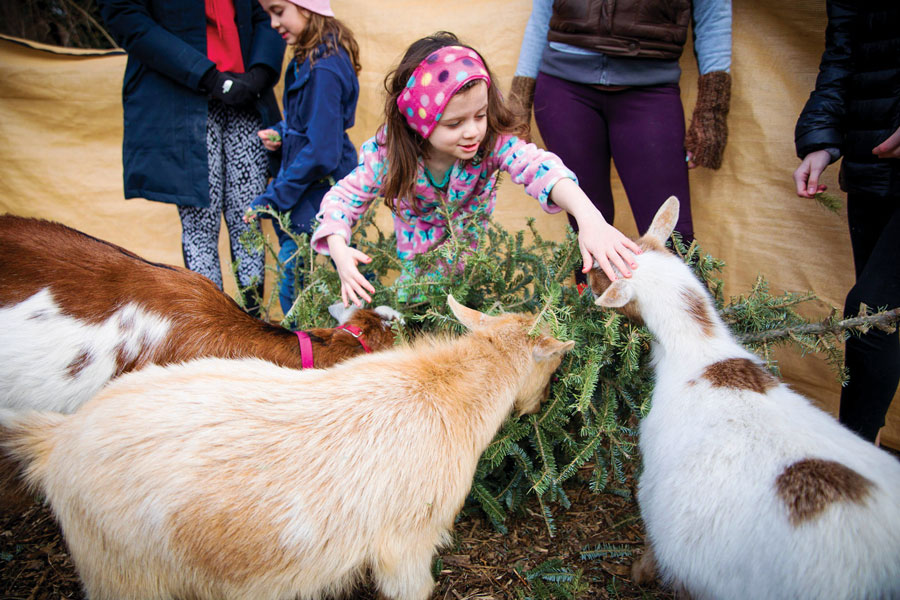 1. Warm up in a giant greenhouse. Ott’s Exotic Plants, an unassuming garden center, is Longwood-ish — but gratis. The greenhouse is packed with plants, a waterfall, a pond with koi, and friendly cats that follow you around. Leave the coats in the car. 861 Gravel Pike, Schwenksville.

2. Get a bird’s-eye view of the city. Make like Willy Wonka and take the glass-walled elevator up to the 60th floor of the new Four Seasons for an unparalleled view of our town. 1 North 19th Street, Logan Circle.

3. Explore an arboretum. Take a self-guided tour of Awbury Arboretum, where you may also run into a herd of goats (part of the Philly Goat Project). It’s open daily all year. 1 Awbury Road, North Philly.

4. Hit up free museum days. Nearly all the big ones have them, including the Barnes and PMA — both on the first Sundays.

5. Play at the library. Besides the story times and, you know, free books, don’t miss a steady offering of extra fun, like take and make crafts and I Spy activities. Various locations.

6. Enjoy the open air. Let them loose on over 30,000 square feet of rooftop park at Cira Green. In warmer months, the urban green space has events, lawn games and snacks for sale, but even in the colder months, the views (and wide open space) are unbeatable. 129 South 30th Street, University City.

7. Do a doughnut tour. Round (ha!) up your gang and plot a course to sample the best doughnuts Philly has to offer. To get you started: Frangelli’s, Beiler’s, Hello Donuts, Federal Donuts, Suraya, Okie Dokie Donuts.

8. Be a playground tester. For a few bucks, kids can “road-test” the for-sale wooden swing sets, trampolines, basketball hoops, and other playground equipment — all indoors! — at Superior Play Systems. 2554 Industry Lane, Norristown.

Get Some Energy Out 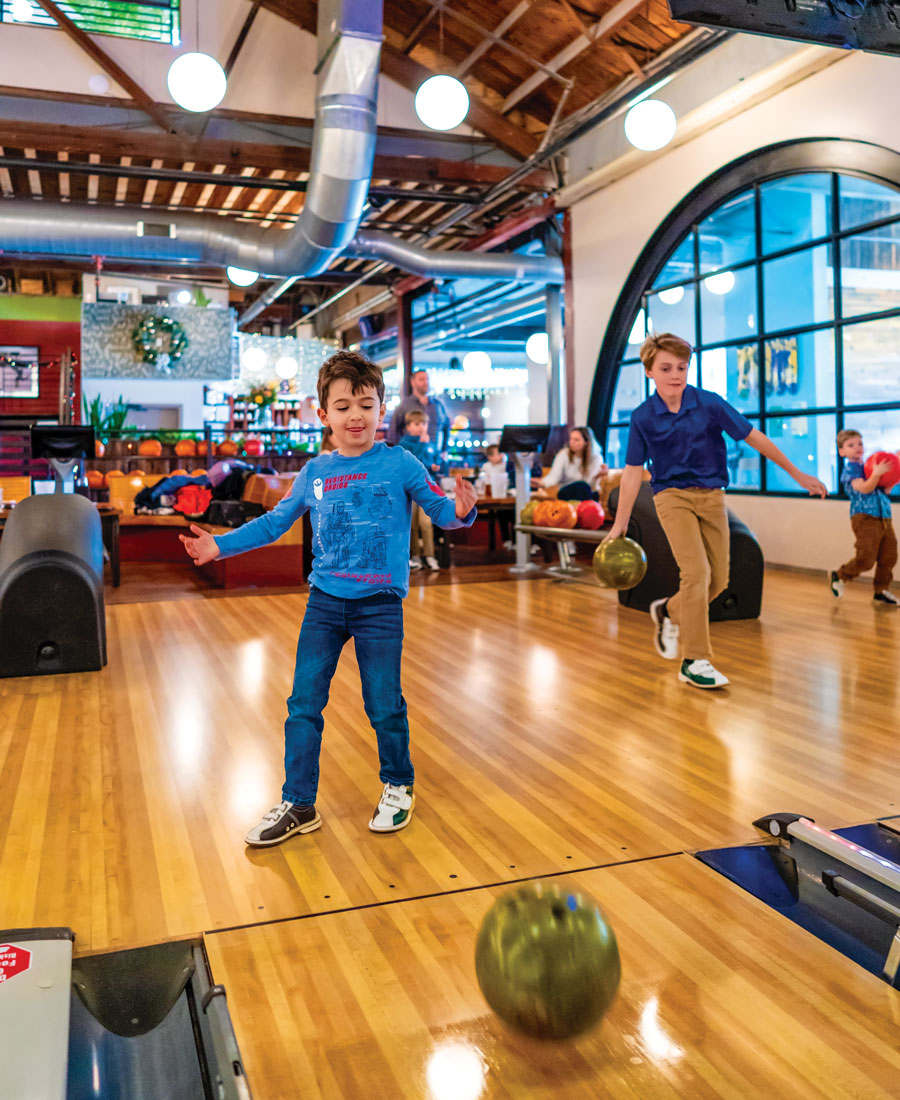 Toddlers
With a giant indoor play structure, ball pits, and cars to push and ride, it’s nearly impossible to get the tykes to leave Kids at Play (3502 Scotts Lane, suite 711, East Falls). At Phield House (814 Spring Garden Street, Callowhill), five-and-unders can play with hula hoops, balls and parachutes during the Little Jawn open-gym time. As a bonus, coffee is flowing for mom and dad.

Big Kids
Find trampolines, obstacle courses and playgrounds as far as the eye can see at Urban Air (various locations); daredevils can try the Sky Rider indoor coaster to fly over it all. Philadelphia Rock Gym (various locations) hosts Kids Bouldering Club, where coaches are on hand to give lessons to all levels of climber.

All Ages
Rothman Orthopaedics Ice Rink is sticking around a little longer this year — twirl your heart out in Dilworth Park until February 27th. Penguin skate-aids are available to rent to steady little skaters. Weekends get crowded, so make a reservation in advance. 1 South 15th Street, Center City.

Three events worth building a weekend around. 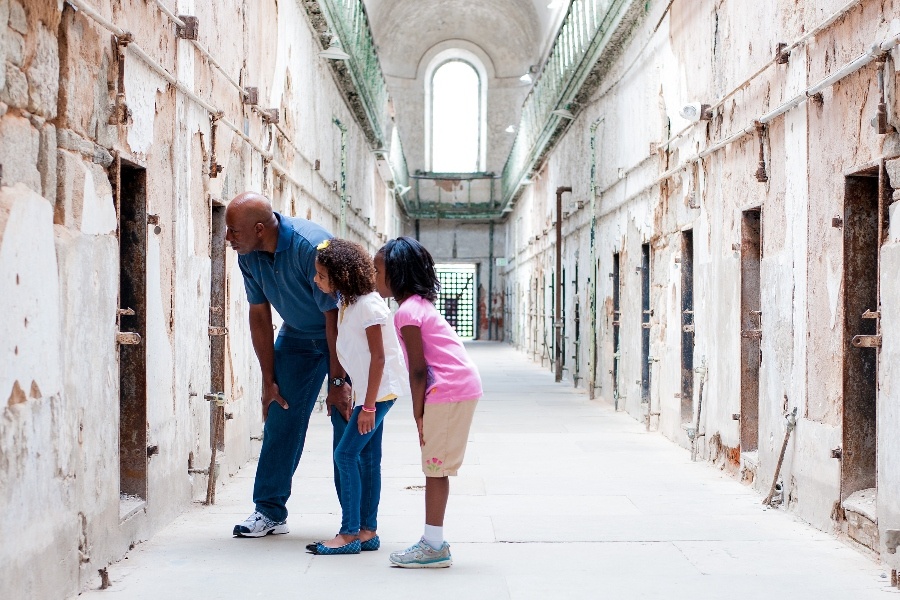 1. The Jungle Book
Tap your toes along with Mowgli, Baloo and the rest of the animal kingdom in this Disney classic. Through February 27th at the Media Theatre. 104 East State Street, Media.

3. Eastern State Penitentiary Family Field Trip
Take a family friendly behind-the-scenes tour of the former prison. The 45-minute program includes an interactive activity and is best for kids ages 8-13, though all are welcome. March 13th, starting at 11:30am. 2027 Fairmount Avenue, Fairmount.

Great Wolf Lodge
Stay in newly renovated rooms (some have bunkbeds) at this Poconos resort, and get two days of zipping down waterslides and lolling in the lazy river in the 84-degree indoor water park. At night, kids get in their PJs and listen to story time by the fire. 1 Great Wolf Drive, Scotrun.

Bucks County
Kids can hit the arcade or climb through a three-story indoor obstacle course at Giggleberry Fair; ride the historic New Hope Railroad; and hike through Ringing Rocks. The Golden Plough Inn in Peddler’s Village makes a perfect home base, with two-story suites and close proximity to Skip’s Candy Corner.

Atlantic City
Check into the Ocean Casino Resort, which has an indoor pool and sweeping views of the Atlantic. Activities that don’t involve gambling: pelting fake zombies with balls at Topgolf Swing Suite; scoring milkshakes and burgers at Walhburgers; shopping for retro candy at Rocket Fizz; and visiting the nearby Absecon Lighthouse.

Published as “Out of the Cold” in the January 2020 issue of Philadelphia magazine.