Where to Go Dancing in Philadelphia: The Ultimate Guide

From morning dance sessions to late-night clubbing, there’s a party for you. 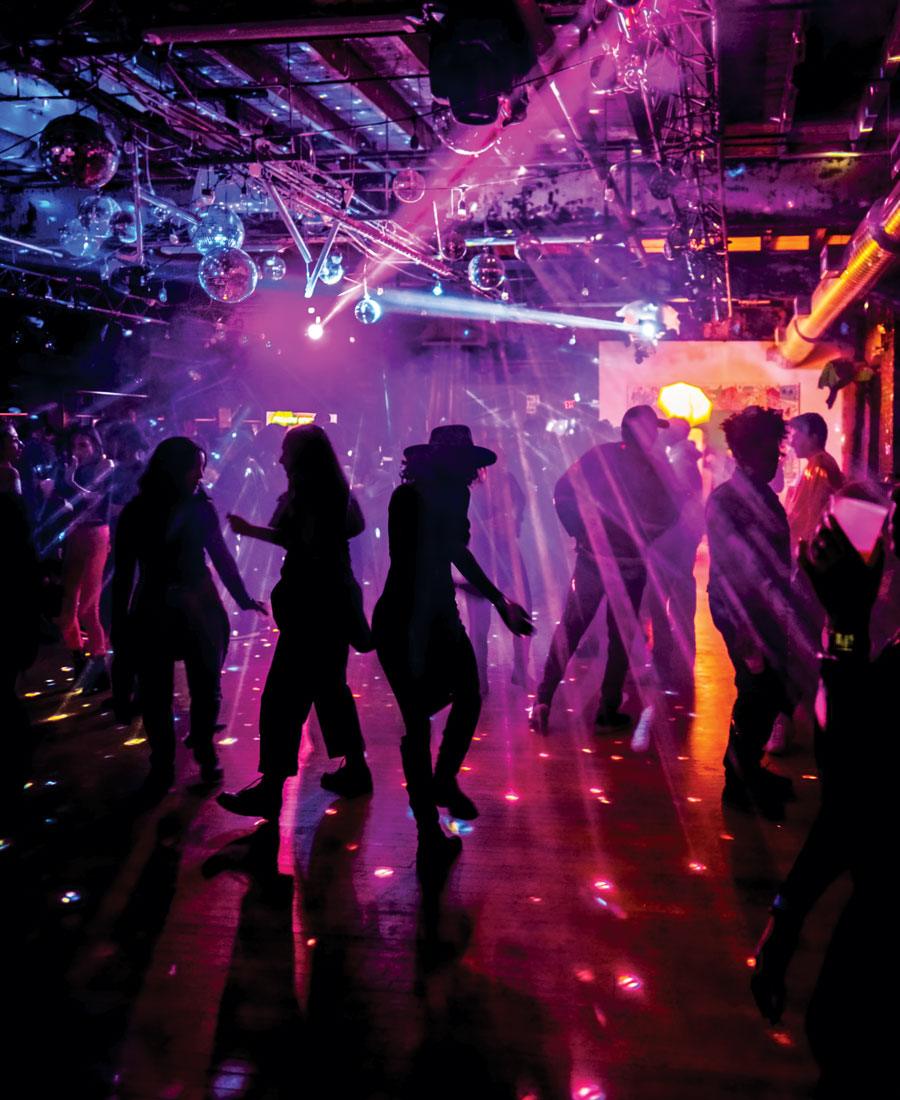 You can go dancing at Friends & Fam at Warehouse on Watts in North Philly. Photograph by Jeff Fusco

In case you missed it: Philly’s an awesome town in which to boogie down. Here’s how to get moving.

For all kinds of music … Concourse Dance Bar

There are four things you need to know about Concourse: The cover fee is always $5; the vibe in the two-story subterranean space is never snobby or stuffy; you’ll find ’80s, ’90s and early 2000s hits on the main dance floor; and the ball pit is always open. 1635 Market Street (back entrance), Center City.

For a blowout party … Drake Night at the Fillmore

Once a month, this Fishtown music venue plays tribute to the Grammy-winning chart topper with a nonstop dance party. Relevant rap (think: the kind of stuff Pandora would put on a “Drake” channel) plays until midnight; after that, it’s all the man of honor for the rest of the night. 29 East Allen Street, Northern Liberties. 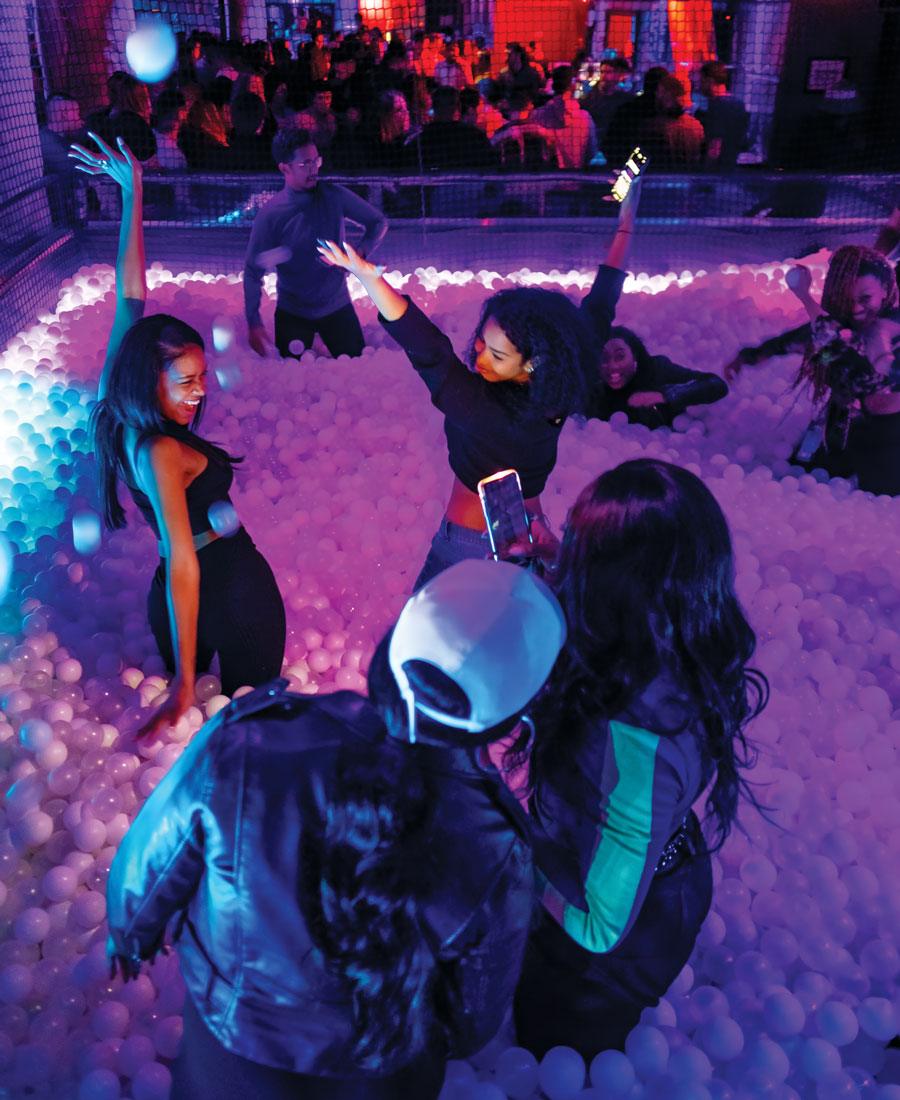 The ball pit at Concourse. Photograph by Jeff Fusco

For a smaller (but still mighty) party … The Dolphin Tavern

The perfect union of dive bar and nightclub, this intimate South Philly spot offers an eclectic mix of tunes depending on the night. Expect everything from throwback parties (remember when Fat Joe made us all “Lean Back”?) to an impressive roster of local and international drop-in acts. Note: This place gets packed — in the best way possible. 1539 South Broad Street, South Philly.

At 11 p.m. on Fridays and Saturdays, this Cuban-themed restaurant heats up. The bachata, salsa and merengue dancing is fueled by live music, moody lighting and entertainers. Best part? You’ll forget — at least for a few hours — that you’re only in Old City. 10 South 2nd Street, Old City.

For the late-night after-party … Recess

It’s two a.m. and you’re just getting started? Uber over to Recess. This after-hours spot has a traditional club vibe, with the latest hip-hop, a spinning disco ball and bottle service until 3:30 in the morning. 125 South 2nd Street, Old City. 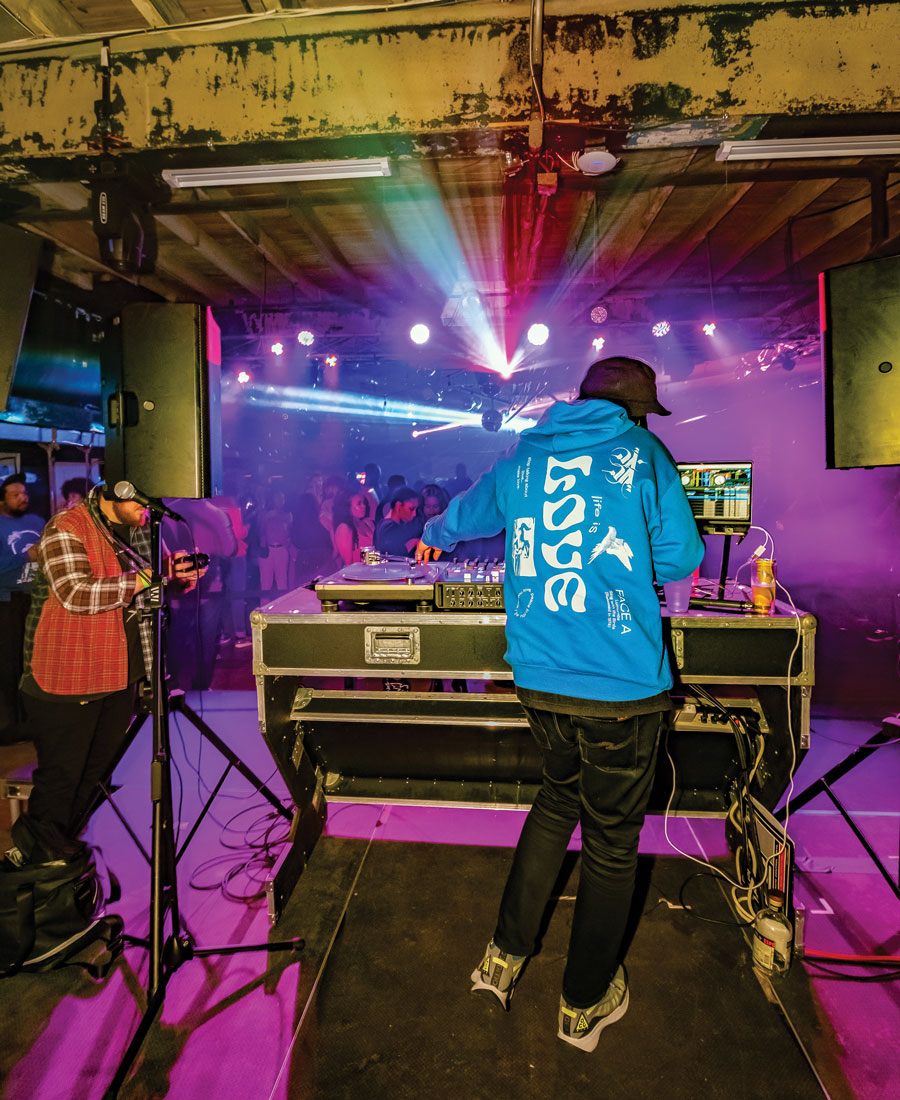 There’s a refreshing lack of creeps at these monthly pop-up parties hosted by West Philly DJ Matthew Law. The music ranges from old-school to new-school; the genius is in how it’s put together. Other bonuses: cheap drinks and a photo booth. Keep tabs on the schedule at Fnfparty.com. 923-929 North Watts Street, North Philly.

This unassuming two-story neighborhood bar spins a good mix of pop, hip-hop, and everything in between at its Tuesday Night Hang Out parties. There are lots of string lights, mirrored walls, and a cash-only bar with good beer. 102 West Girard Avenue, Northern Liberties.

For eating and dancing … Silk City

Need to fuel up before you get down? Silk City still has great diner food in one room and dancing (with some of the city’s best DJs) in the next. The situation only gets better when the garden opens during warmer months. 435 Spring Garden Street, Northern Liberties. 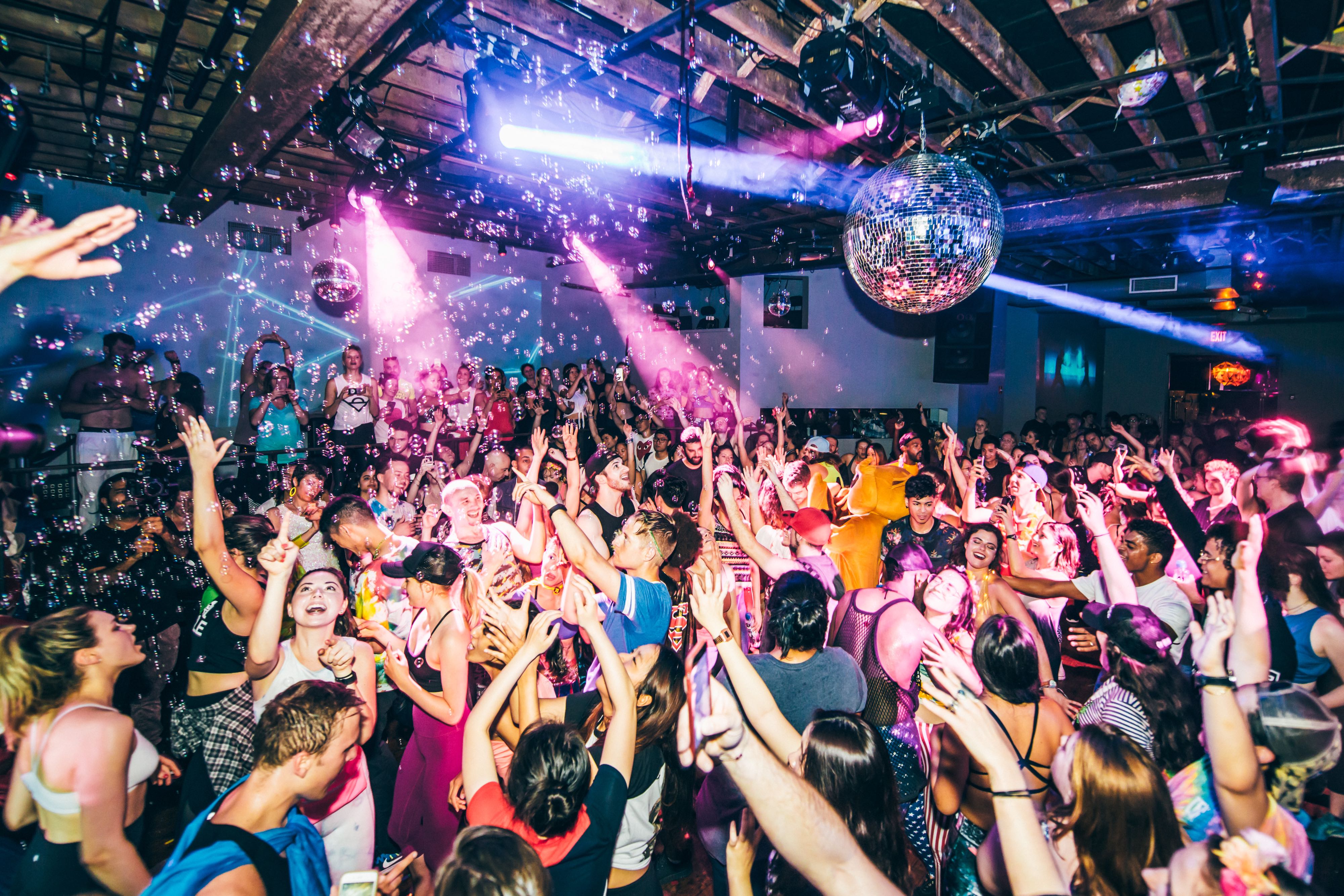 For a morning party … Daybreaker

Every six weeks or so, Daybreaker sets up shop in a different city location (Cherry Street Pier, One Liberty, FringeArts) and hosts an early-morning yoga session followed by a sober dance party with a DJ, snacks and kombucha. Yoga pants welcome. Head to Daybreaker.com for the schedule and tickets.

For something a little different … Making Time Is Rad

DJ “Dave P” Pianka uses sounds, lights and music (from different DJs and bands) to throw killer loud, groove-it-out dance parties in venues like Union Transfer and the Barbary. He’s been doing it for nearly 20 years, and he just gets better and better. Find out when he’s playing next @makingtimeisrad on Facebook. 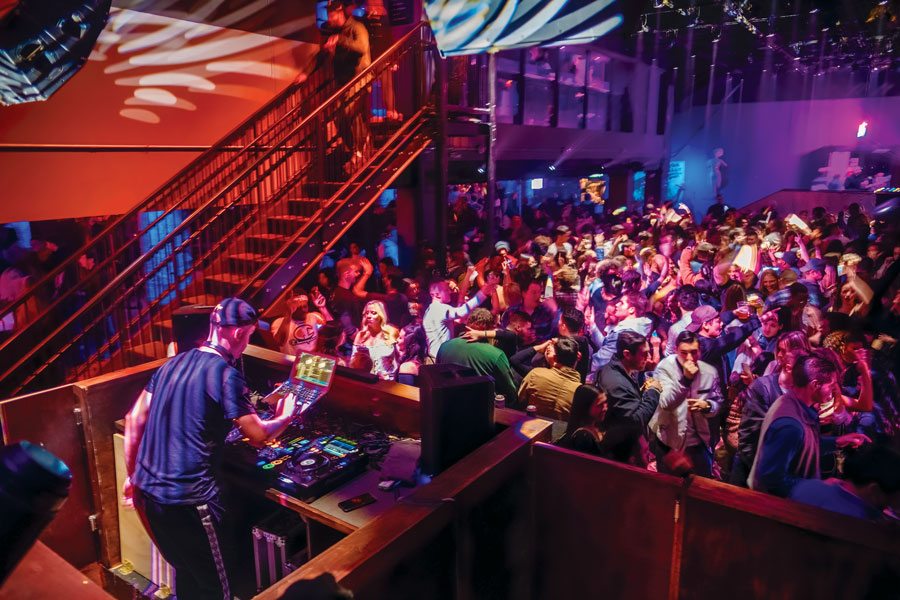 The dance floor at Concourse. Photograph by Jeff Fusco

For the kids … Ardmore Music Hall

The Rock and Roll Playhouse band does concert covers of classic groups and artists (Prince, Grateful Dead, Queen) at 11 a.m. on Sunday mornings. Also expect glow sticks, games, a lower volume (amen), a full bar, and an activity that everyone can enjoy. 23 East Lancaster Avenue, Ardmore.

Published as “In The Swing” in the March 2020 issue of Philadelphia magazine.