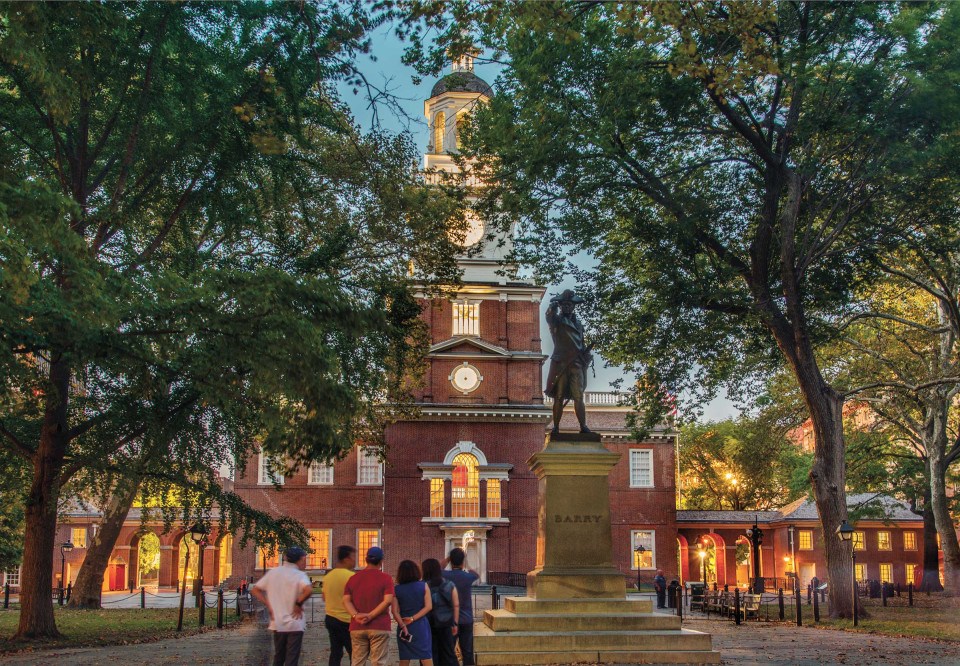 The past two years have created a disconnect between many of us and the place we call home — which is why there’s never been a better time to get back out there and rediscover the greatest city on earth. And here, we’ve got your guide: the most beautiful views you haven’t seen, a tour for every kind of Philadelphian, food secrets from Reading Terminal Market … and dozens more ways to tackle Philly with fresh eyes. —Edited by Christine Speer Lejeune

The Case for Being a Tourist in Your Own Hometown

And why this is the summer to do it

I barely knew Philadelphia when I moved here in 2007, but within weeks of settling in, I was inviting everyone I knew from my past lives in other places to come see it. You’re from Chicago? Denver? Austin? Atlanta? Well, wait till you see this place, I’d say. There’s just nothing like it.

I didn’t realize then how true that sentiment was — how Philly could only ever be Philly, for better and for worse. Keep reading … 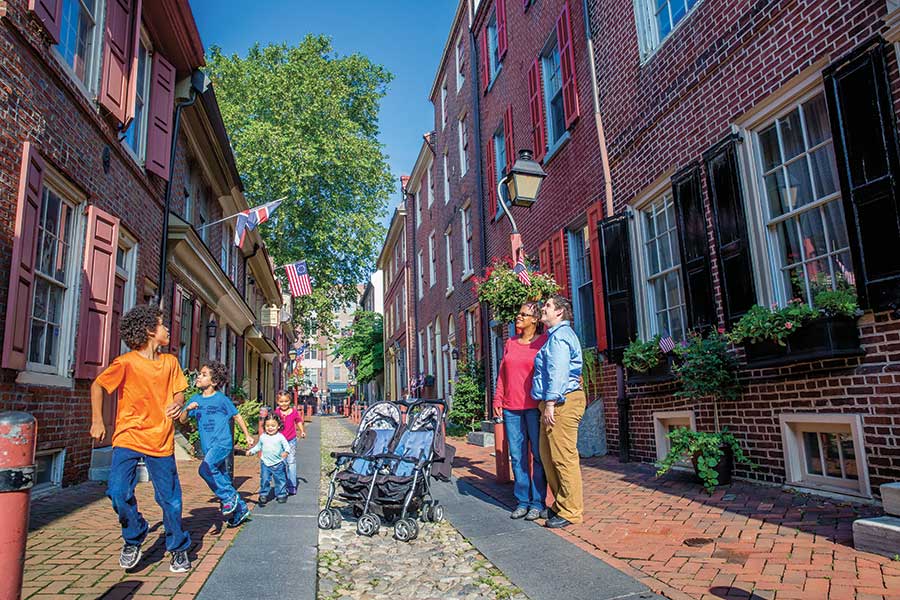 “One thing I’ve done that is fantastic is a foot tour in South Philadelphia on South 9th Street close to the Italian Market, just a little below it. There are lots of immigrant-owned Latino restaurants, and you can spend an afternoon — a day — going down 9th Street and having breakfast and lunch and dinner. There’s Casa Mexico, Barbacoa, Blue Corn, Amigos Bakery, Tortilla San Roman, Mole Poblano, Adelita Taqueria … And then you also have Mexican-owned stores that have all sorts of merchandise and jewelry, things you just can’t find other places.”

Beyond the Usual Suspects: 5 Hidden Gems to Visit in Philly

Been there, done that? Try these lesser-known, but in no way lesser, Philly attractions.

What do you do when you’ve done it all? These lesser-known spots will become your go-to’s. Keep reading … 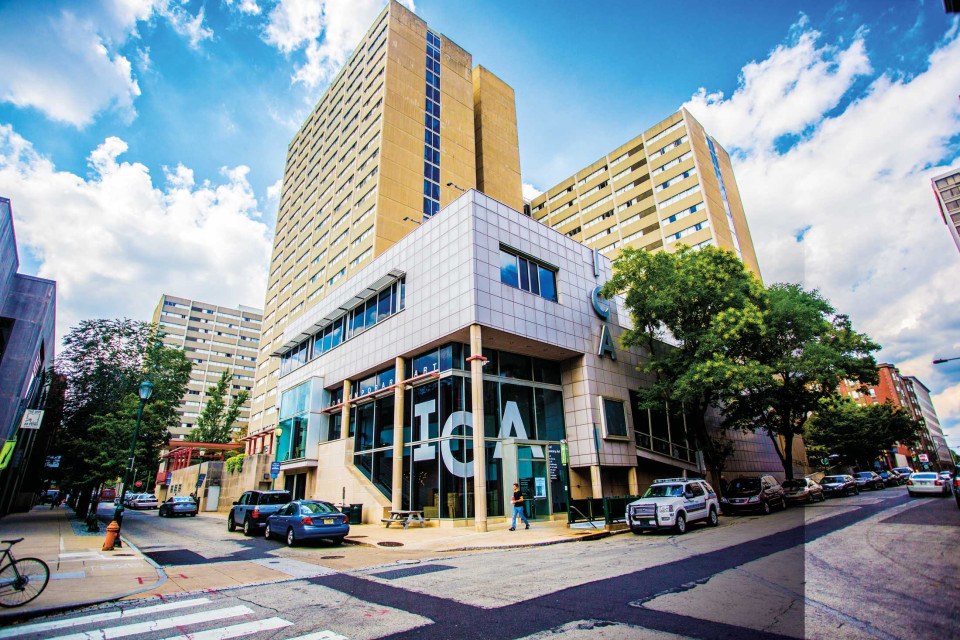 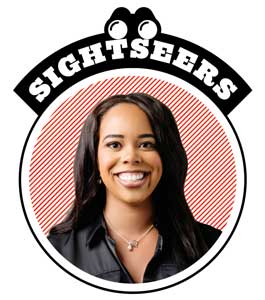 “I find that the beauty of Philadelphia lies in its diverse history and cultural attractions. While I love exploring the fan favorites, such as the African American Museum or the Shofuso Japanese House, I also love getting lost among the hidden gems, like the Colored Girls Museum in Germantown, a three-story Victorian home that serves as a museum dedicated to original art by Black women and girls. And if you’re looking to cool down after a day of exploring, I highly recommend heading over to Siddiq’s Water Ice, a Philly favorite. Try the cantaloupe flavor!”

Been there, ate that? Try this.

So you’ve eaten your way through all the classics at Reading Terminal Market. Here’s a guide to what to order next time. Keep reading … 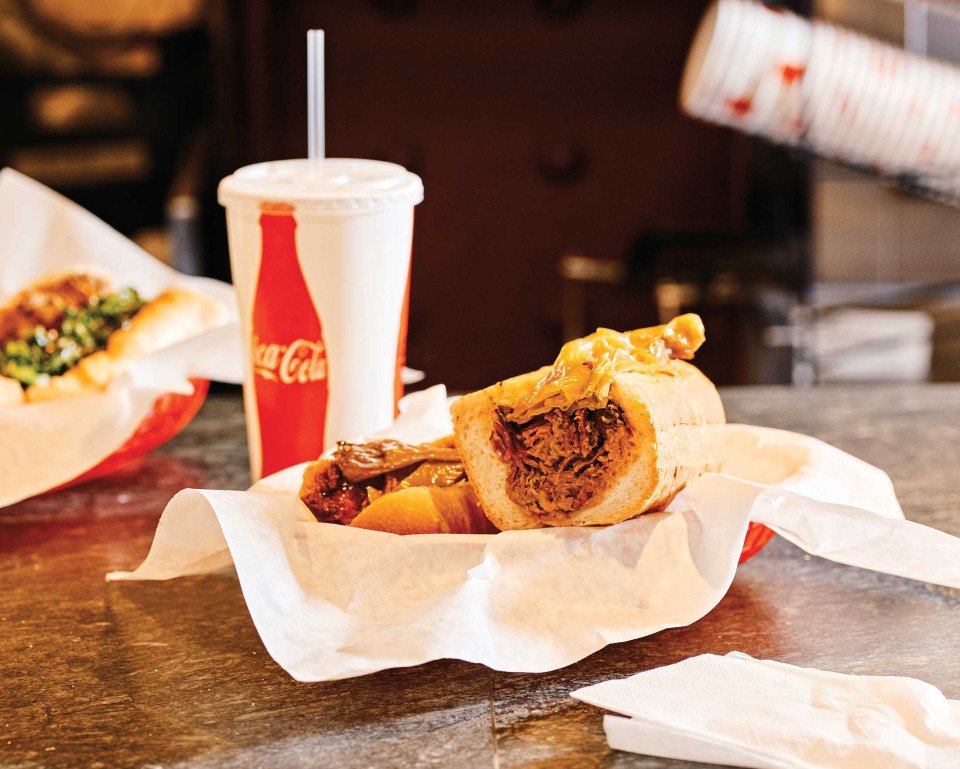 Philly Photographer Trev Adams (@trev.takes.photos) on Seeing Philly From the Inside

“Philly is filled with insanely beautiful interior architecture and design, and so many places are open to the public. Go inside! I like the Curtis Atrium; the Cathedral Basilica of Saints Peter and Paul; the huge domed entrance of the Franklin Institute, with the giant Ben Franklin National Memorial; the bas-relief sculpture inside 30th Street Station, The Spirit of Transportation, which is the only thing that’s left from the old Broad Street Station. There’s also the Masonic Temple [pictured]. That one might be something you have to schedule — they offer tours — but it’s beautiful. Ornate, decked out in color and detail. People are mind-blown when they see it.” 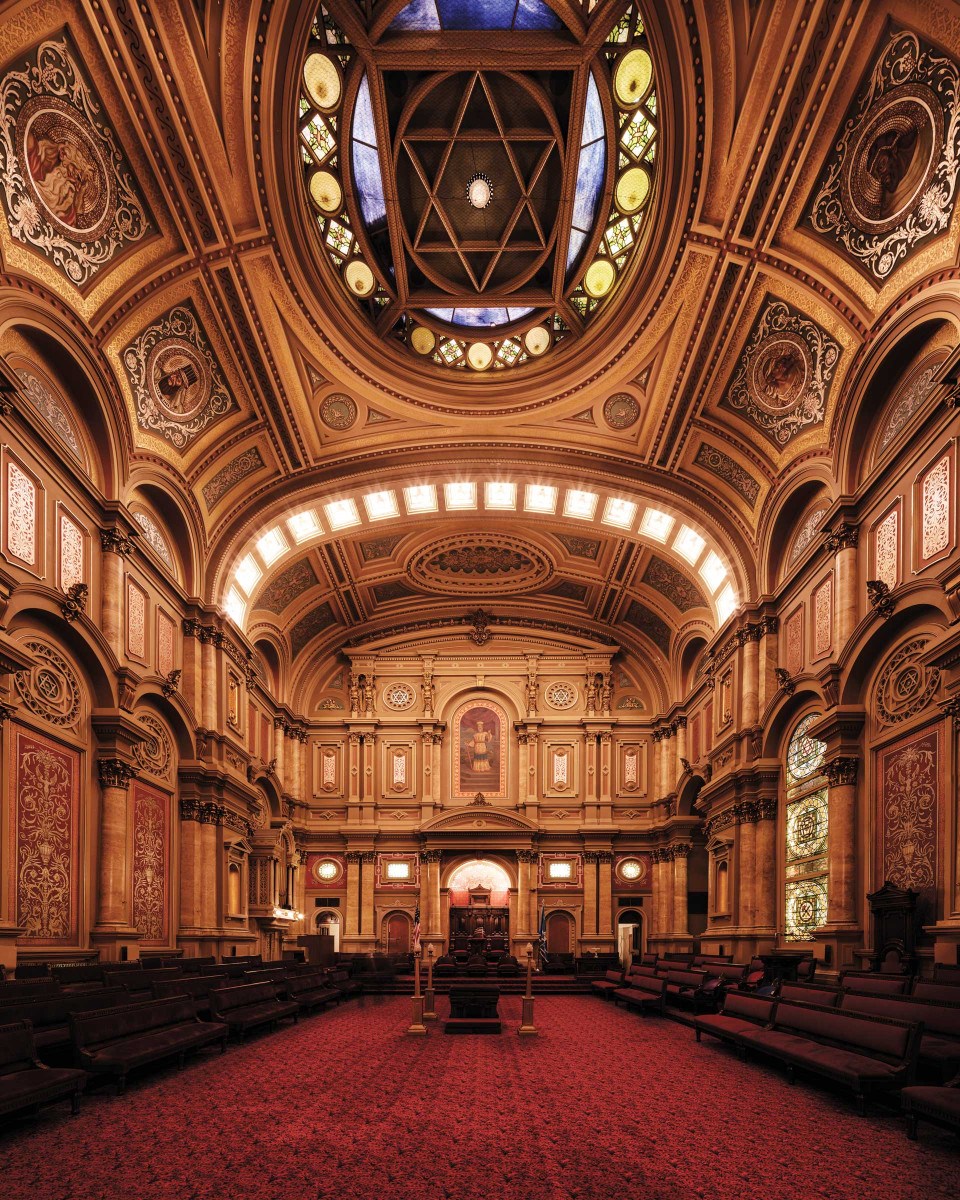 Nights at the Museum

Hit up these spots when the sun goes down.

Bypass the crowds of tourists and see your favorite exhibits in an entirely new light (moonlight!) Keep reading … 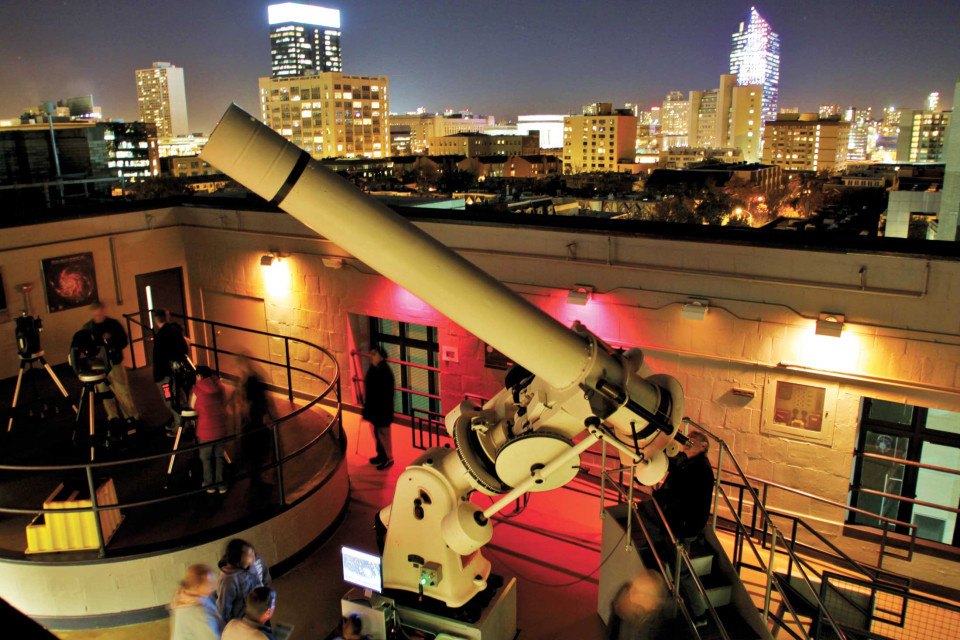 Photograph courtesy of the Franklin Institute 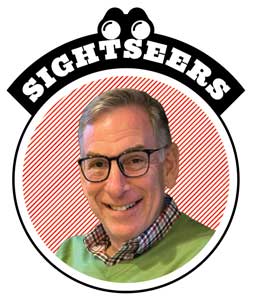 “Proprietor William Penn carved out multiple 10,000-acre chunks of real estate for his family when Charles II repaid the Crown’s debt to his admiral father. The only manor now remaining, 340 years later, is in Bucks County: Pennsbury Manor, located on the Delaware, housed the Penn family and their enslaved Africans. Today, it is pound-for-pound the best museum, historical home, library and farm that interprets and exhibits Philadelphia’s founder and the 17th-century story of Penn and his colony. Though a challenge to find (thank you, GPS), it’s well worth the effort. Along the river, the site feels like time stopped. Go visit. You won’t be disappointed!”

Who says souvenirs are just for tourists? These are the Philly-themed jawns to put on your shopping list.

Whether you want to celebrate your Philly pride or just send a little piece of home to friends who relocated (those fools), pick up these jawns instead. Keep reading … 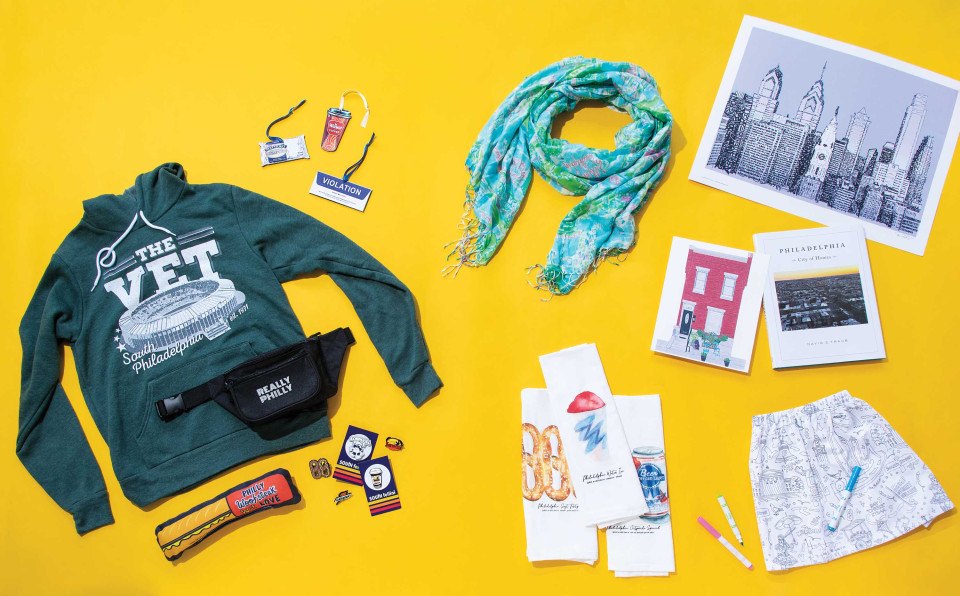 “On 63rd Street, westbound on the El, there’s a platform from which you see the whole city skyline. It’s such a great view that it’s been popularized now; people actually just go to that platform, pay to get in, and use a telephoto to take a picture through the gate. But here’s what you should do: Actually ride the El there, and you’ll get the chance to see ‘A Love Letter for You,’ the Steve Powers mural series, and then you get to experience that view. That’s how to do it right.” 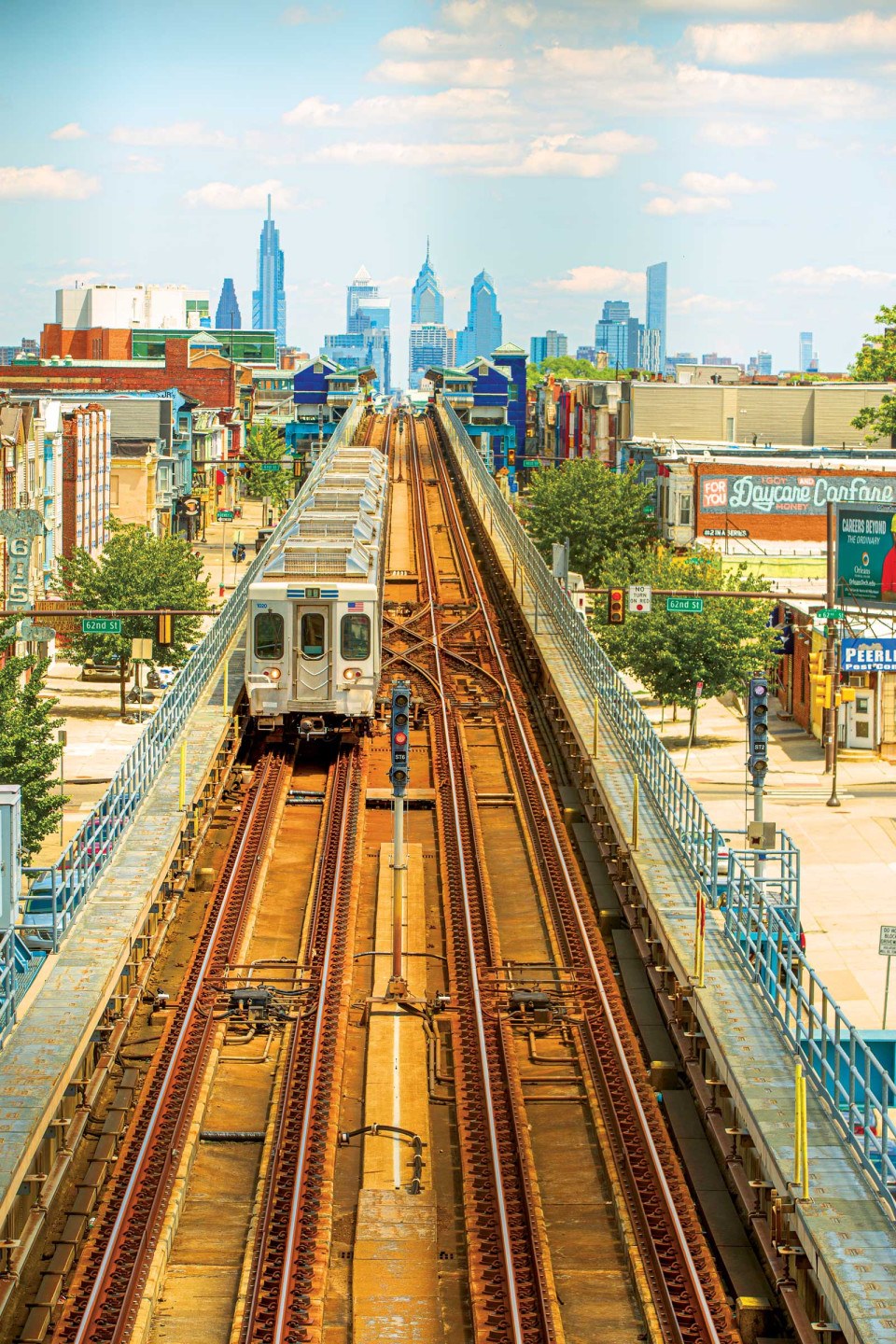 Five ways to take in five different parts of town.

When was the last time you went exploring in a neighborhood that wasn’t your own? Keep reading … 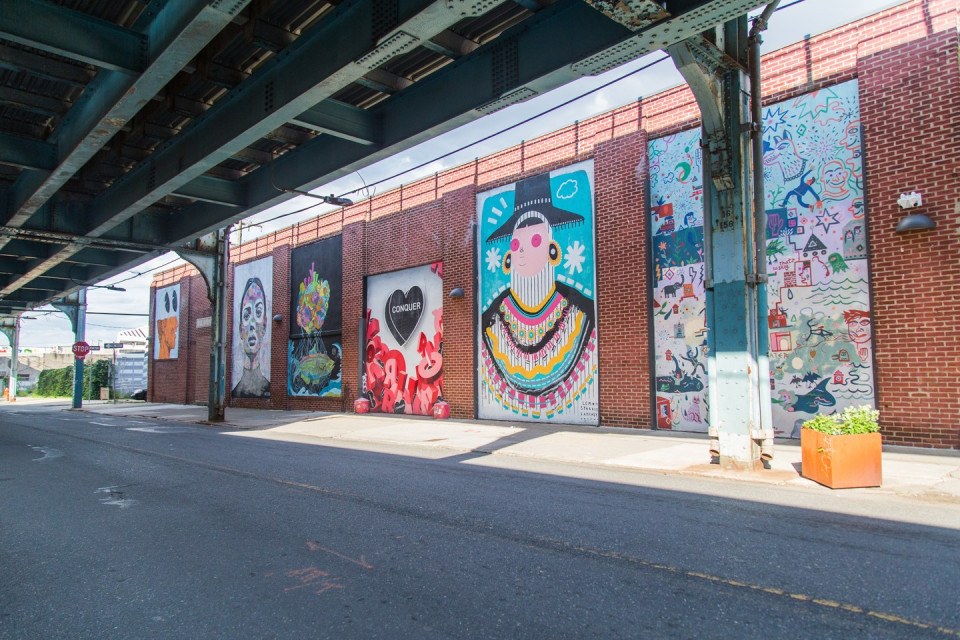 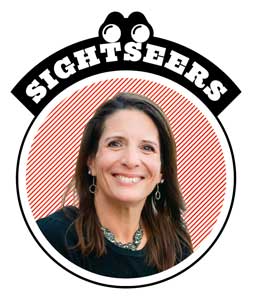 “One of my favorite places in the city is Washington Avenue Green. When I’m throwing breadcrumbs to the birds and turtles, walking on the elevated boardwalk, or relaxing on a bench, looking at the river, it doesn’t seem like I’m footsteps away from major thoroughfares and a bustling shopping center. All of the ‘city things’ are gone; the park’s trees block the buildings and concrete, and the rush of the Delaware mutes the traffic. This pier once housed the city’s first immigrant processing facility; more than one million European immigrants passed through until the building closed in 1915. With that history in mind, I like to climb to the top of the spiral staircase near the water’s edge and imagine what it must have felt like when, after weeks at sea, you were finally home.”

Steals, splurges, and everything in between for a unique Philly sleepover.

When you want to make a night of it, Philly has plenty of options. Whether you’re looking for a luxurious couple’s getaway or a fun family vacay without the travel, here are some standout experiences. Keep reading … 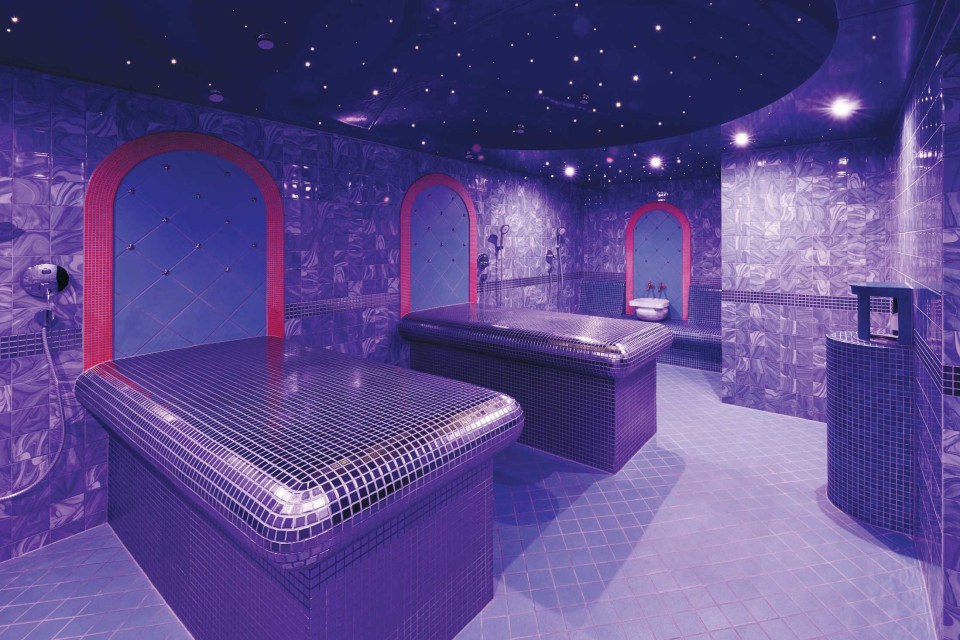 “On Kelly Drive, if you look northwest under the Girard Street Bridge at the right time, you can see the sun set right under the bridge. You also see how the river curves there, and in the spring, the cherry blossoms.” 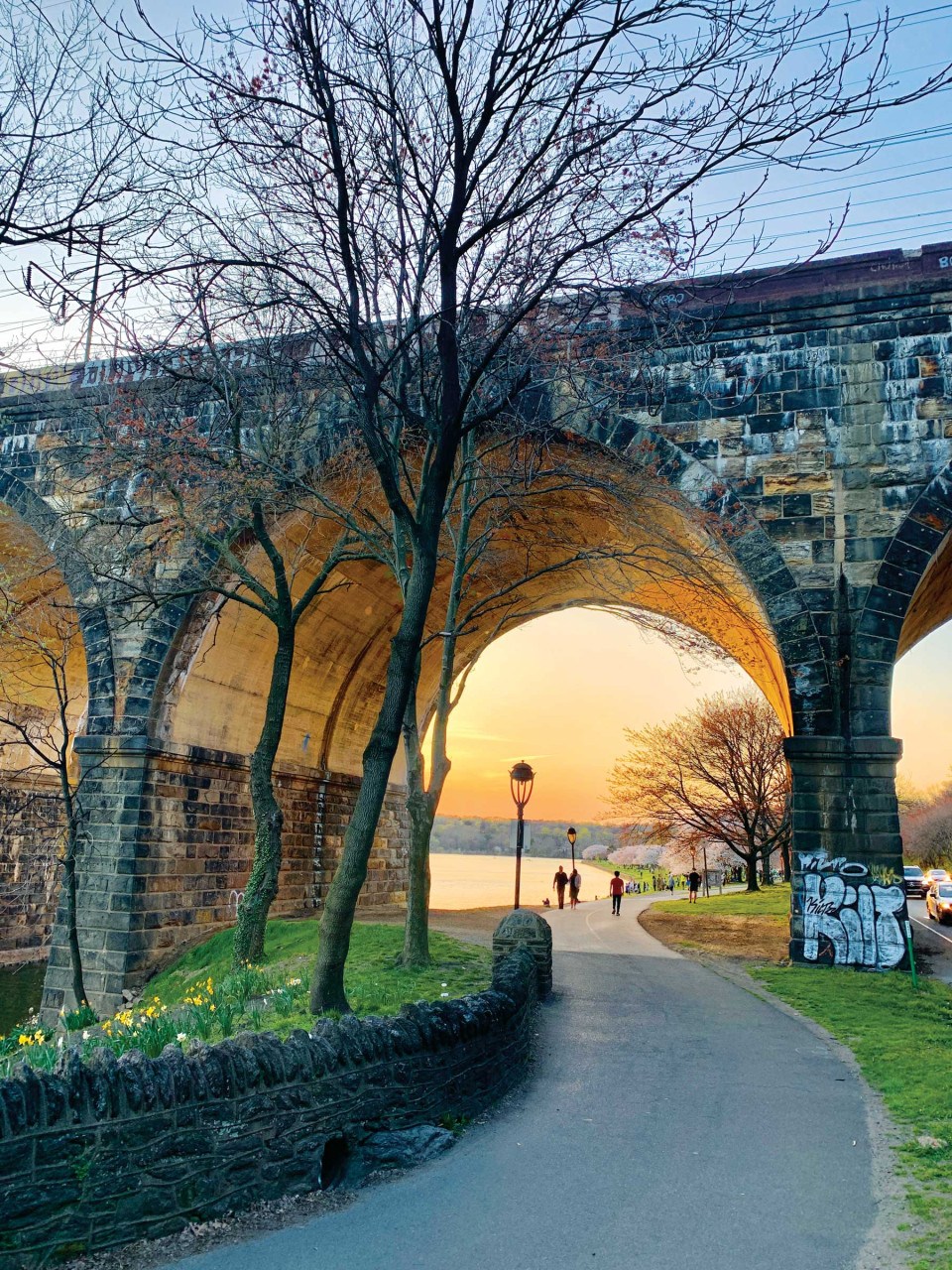 Look, everybody loves a double-decker bus tour, and why not? It’s the greatest-hits album of the city: easy, breezy, covering all the biggies. But as any true fan can tell you, the lasting love comes from a deeper cut. Keep reading … 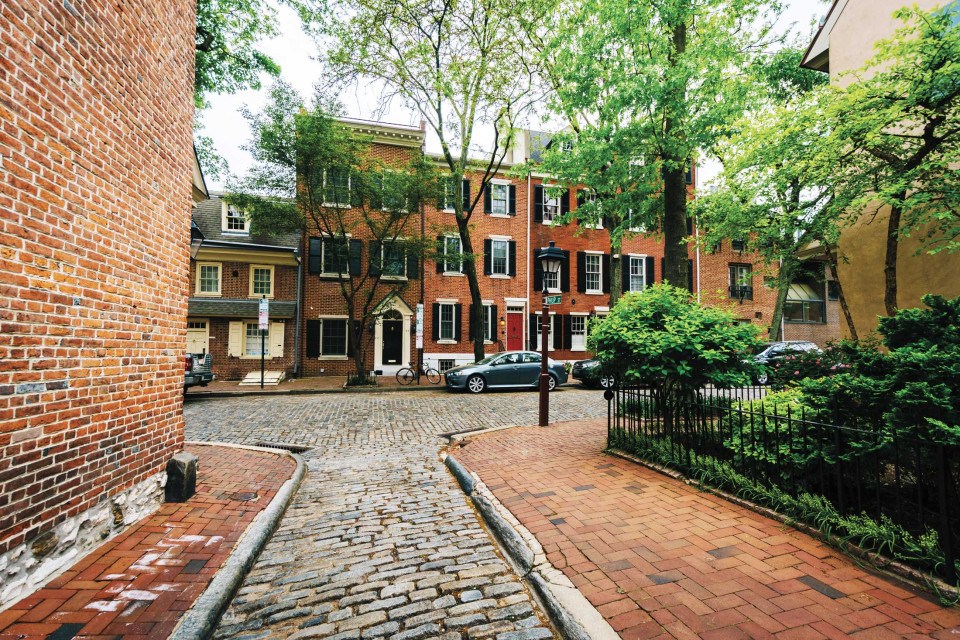 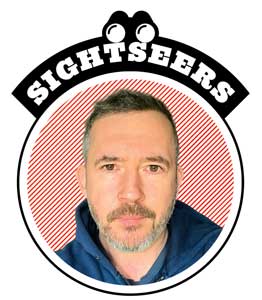 “I think people might not realize how remarkable the Wanamaker Organ is. It’s not just a musical instrument. It’s a place — a place with rooms, a place you can visit, on a tour. There are more than 28,000 pipes. And it’s played by someone with immense musical knowledge who has to control six separate keyboards and what looks like the control room of a nuclear plant. It’s not the largest organ ever built — bizarrely, that one is in Atlantic City, though it hasn’t been played as a full organ since 1944. But for a few brief breaks, the Wanamaker Organ has played continuously since 1911. For 100 years, Philly’s had this soundtrack to its life. And anyone can see the public performances … for free!”

Our in-house experts — a.k.a. Philly Mag writers and editors — on their favorite ways to explore the city with kids. 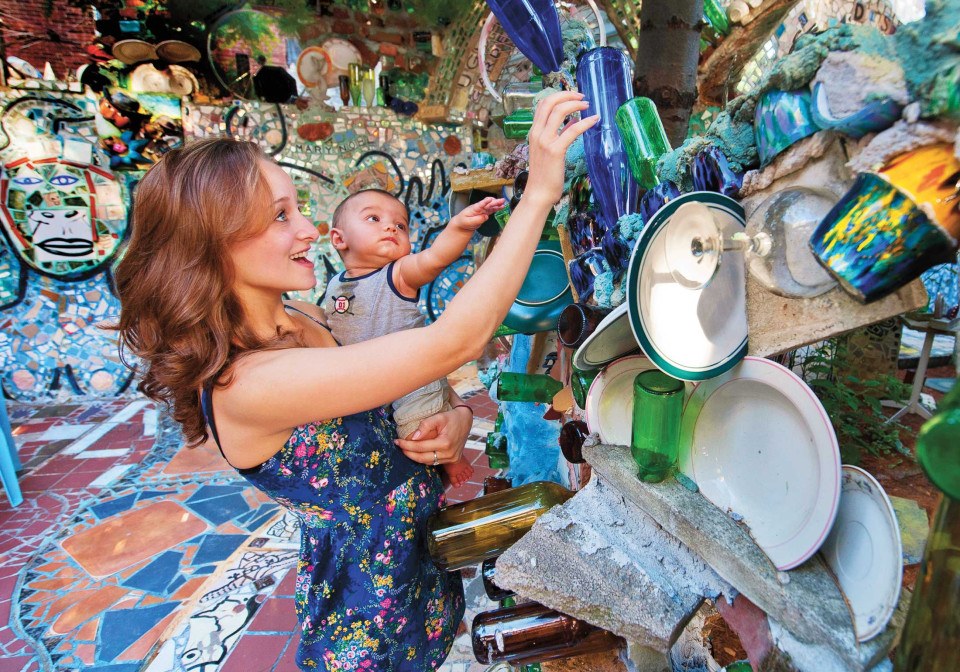 “My wife recently took our daughters on a whirlwind tour of the spraygrounds in the city. Out of eight stops, the splash parks our girls recommend most highly include our local go-to, Herron Playground in South Philly (the water jets shoot up, a key factor), and particularly the Children’s Discovery Garden at Sister Cities Park at 18th and the Parkway, smack-dab in the middle of everything.”

“We pick up lunch at High Street at 9th and Chestnut and then picnic at Independence Mall. There’s plenty to do afterwards — the Constitution Center is right there, the Weitzman National Museum of American Jewish History just reopened, and you can watch for the line at the Liberty Bell to get short. Then again, you can also see the bell through the window on Chestnut Street — no line! And even just playing soccer there, in the shadow of Independence Hall, is pretty special. Pro tip: There are bathrooms inside Independence Visitor Center.”

“This is less an activity than a mantra, but we live in Pennsport and our daycare is in Center City, which means that every day, we have a 25-minute walk to and from. And every day, we walk a different route. Some days, we stop at Robert Morris’s statue and offer him a drink of water; others, we rumble the stroller over the cobblestones behind Society Hill Synagogue. When the intersection of 6th and Bainbridge imploded last year, staring into the gaping maw of 200 years of slapdash city infrastructure became a new point of interest. Since much of the city’s a grid, there are literally endless combinations of streets to explore. Don’t fact-check that math.”

— Bradford Pearson, whose kids are 5 and 2

“Two things should be on your radar: First, if you grab a kids’ scavenger-hunt card when you check into Magic Gardens, you can spend your visit searching for hidden animals among the mosaic tunnels. Our favorite is the ‘silly dog.’ Second: We love free first Sunday family festivals at the PMA and the Barnes. Reservations for the latter open the Thursday before, so be ready! But don’t sleep on the fact that both museums are always free for kids.”

— Laura Swartz, whose kid is 8

“We like to do a Tour De Donut. Or ice cream. Or fries. Basically, we spend a day visiting contenders all over the city and formally judging amongst ourselves. Besides tasting our way through some of the city’s best foods, it lets us explore neighborhoods we otherwise wouldn’t get to. You have to be careful not to let everyone go into a sugar coma, but there are rules to avoid that: We order one or two things and share. And we walk as much as we can from stop to stop.”

“I love taking the Big Bus tour with children. Seriously! Sitting on top of an open-air bus is an adventure in itself for a kid, and it’s such a gloriously easy way to show them a lot of the city. Hop off for food, hop back on with a snack, hop off again to hit a playground, and wash, rinse, repeat. You can easily spend the better part of a day on and off the bus.”

— Christine Speer Lejeune, whose kids are 8 and 4

Published as “150 Ways to Do Philly Like a Tourist” in the July 2022 issue of Philadelphia magazine.