We’ve got all the details: the official route, road closures, parking restrictions, and more. 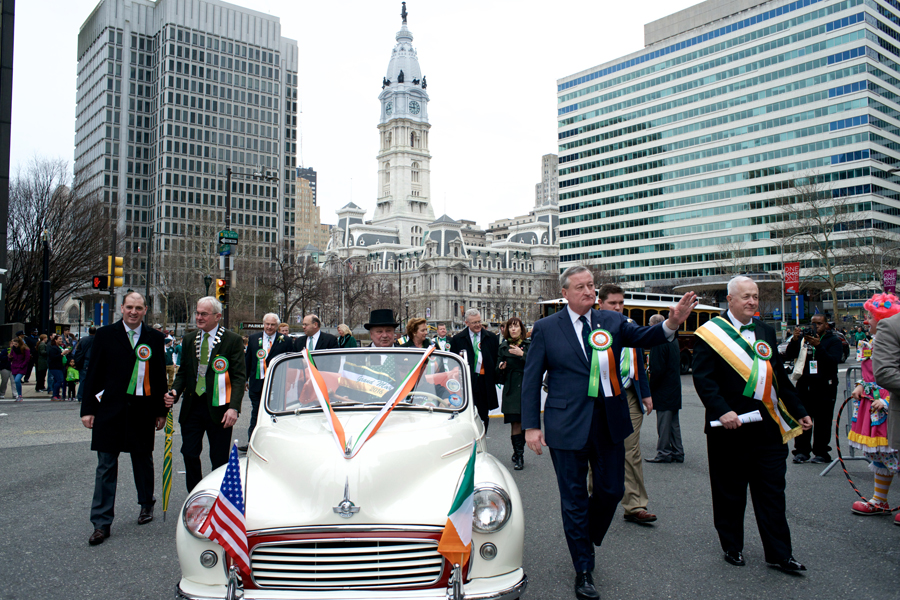 Philadelphia’s 248th annual St. Patrick’s Day Parade kicks off this Sunday, March 11th, at 11:15 a.m. sharp, rain or shine. The grand marshal is Sister Mary Scullion, a Catholic nun who was named one of Time’s 100 Most Influential People in 2009. Keeping with tradition, a commemorative parade Mass will be held at Saint Patrick’s Church (20th and Locust streets) at 9:15 a.m. to start the celebration in a way that only the Irish would. 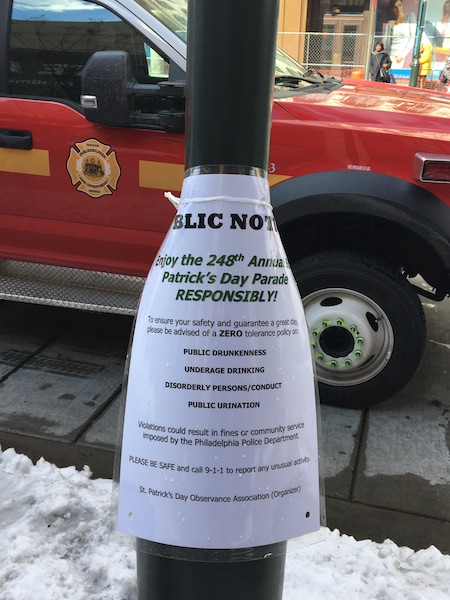 Other than that, here’s a handy little guide to everything else you’ll need to know to get your Irish up this weekend:

This year’s parade route begins at the staging area on 16th and JFK. The procession will head east down Market Street through Independence Mall before finishing at Penn’s Landing. The performing area and main grandstand is located at 5th and Market.

The following streets will be closed starting at 5:30 a.m until approximately 4:00 p.m.:

The following streets will be closed starting at 9:00 a.m. until approximately 3:30 p.m.:

The following streets will be closed starting at 10:00 a.m. (or earlier, depending on traffic conditions) until approximately 3:30 a.m.:

The following streets will be posted as “Temporary No Parking” zones during the course of the parade:

To see all of the participants in this year’s parade and the order in which they will march, click here.

A full list of the awards that will be given out at the parade and their descriptions can be found here.

“St. Patrick, Bless Those Who Respond to the Call of the Needy.”

Fox29 will broadcast the parade from noon to 3 p.m. if you feel like staying home on Sunday.

The National Weather Service forecast is a high of 45 degrees and mostly sunny.