The Hit List: The 10 Best Shows in Philly in February

From Mary J. Blige to First Aid Kit to Written on Skin, here are the month’s hot tickets. 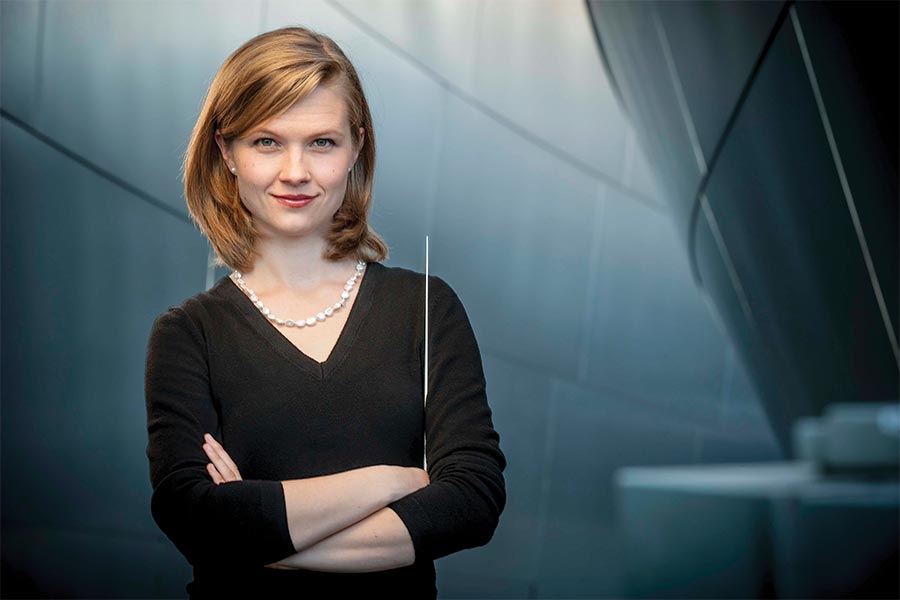 1. “A New Generation on the Podium”
The Philadelphia Orchestra showcases rising-star conductor Mirga Gražinyte-Tyla, who was just 29 when she became musical director of Britain’s Birmingham Symphony last year. She’ll be joined by 94-year-old pianist Menahem Pressler, who escaped Nazi Germany and played with the Philadelphia Orchestra way back when Eugene Ormandy was in charge. February 8th through 10th at the Kimmel Center

2. Shen Yun
Celebrate Chinese New Year — it’s the Year of the Dog, if you’re wondering — with this company dedicated to keeping classical Chinese dance and music alive. Cate Blanchett is a big fan of their enchanting, mesmerizing performances. February 24th through March 11th at Merriam Theater

4. First Aid Kit
I’m sick and tired of hearing people lament that there’s no good music coming out today. If that’s you, cue up just-released album Ruins from Swedish sisters Klara and Johanna Söderberg. Folksy, sweet and sad, all at the same time. February 10th at Union Transfer

5. Cornel West
Twenty-five years after his seminal Race Matters, the activist and professor comes to town to talk about where we’ve come since then and where we’re headed. February 10th at the Central Library

6. “Design in Revolution: A 1960s Odyssey”
Love those vintage psychedelic rock posters? This is the exhibit for you. February 3rd through September 9th at Philadelphia Museum of Art

7. Clock That Mug or Dusted
Drag like you’ve never seen before, from wild Seattle-based performer Cherdonna Shinatra, who is actually played by a woman. February 3rd through September 9th at FringeArts

8. Piff the Magic Dragon
Last year, on a lark, I caught this British magician’s show in Atlantic City, shortly after he made it to the finals on America’s Got Talent. I was blown away. He turns the form on its head and may just be the funniest magician alive today. February 10th at the Borgata

9. Lydie Breeze Trilogy
It took Tony-winning playwright John Guare (Six Degrees of Separation) three decades to complete his American epic tracing a fictional family from the late 1700s into the early 20th century. In what is perhaps its most ambitious production yet, EgoPo Classic Theater tackles the trilogy, showing one part each month and culminating in marathon three-day runs in late April and early May. January 31st through May 6th at Christ Church Neighborhood House

10. Written on Skin
The premiere of the first full-length opera from composer George Benjamin. Opera Philadelphia’s production is full of lust, murder and … cannibalism?! The Magic Flute this is not. February 9th through 18 at the Academy of Music

Published in the February 2018 issue of Philadelphia magazine.