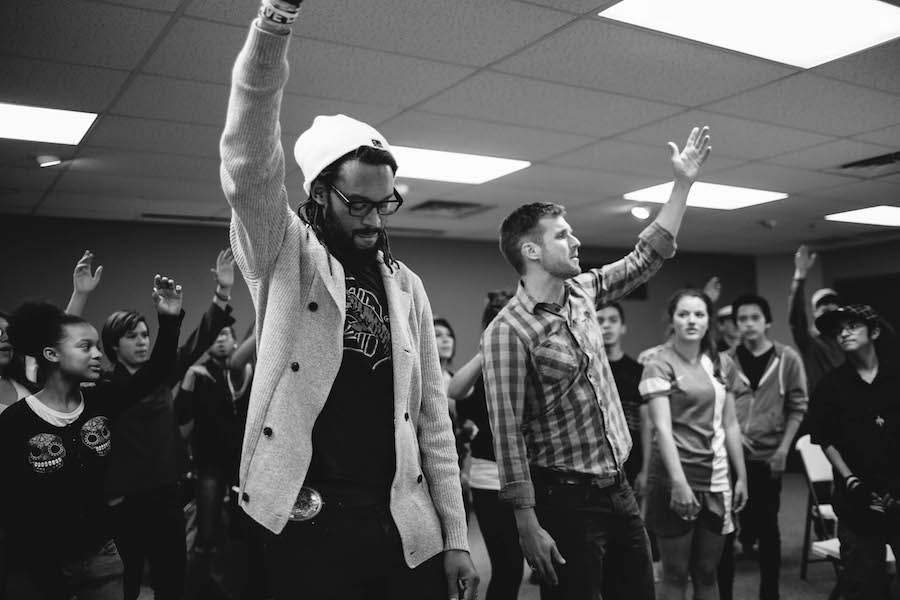 Karl Blau @ World Cafe Live | Wednesday, January 17
Singer-songwriter Karl Blau — who hails from the same tiny island off the coast of Washington State as the Microphones and Knw-Yr-Own records — is known among indie collectors and fans of the Pacific Northwest music scene. Blau’s sound is generally gentle and folky, but he does to mix it up here and there with electronic and experimental touches. A man with a four-track mind, Blau has released more than 30 discs of music 2003 via his Kelp Lunacy Advanced Plagiarism Society series. His most recent record is Out Her Space, was released in November. P.S. Make sure you get to this show in time to catch the always wonderful Birdie Busch.

Majid Jordan @ Fillmore | Friday, January 19
This Toronto R&B duo specializes in groovy gettin’-it-on music, with simple production and smooth vocal hooks. When I first heard Majid Jordan I thought, “Damn, Q102 woulda been all over these guys back in 1989.” Turns out Q102 digs them today. Nice.

Flobots @ Coda | Saturday, January 20
I’d like to think Denver rock/hip-hop act Flobots are hitting the road to reclaim “Handlebars” after YouTube cadaver dog Logan Paul swiped the melody for his (other) impossibly nauseating video. (Don’t click on it.) And it’s true, Flobots singer Jonny 5 did take Paul to task for it. But, though those Flobots people seems like genuinely good dudes, it’s hard not to be cynical. Jonny 5’s surely getting paid something for it, so a little controversy can only help. Anyway, here’s another one of their upbeat, complain-about-the-machine anthems.

Lana Del Rey @ Wells Fargo Center | Sunday, January 21
That thing about Radiohead suing Lana Del Rey because of how much “Born to Die” sounds like “Creep”? It’s apparently not true. And also it’s weird, since Radiohead was sued by the Hollies because of how much “Creep” sounds like their song “The Air That I Breathe.” Anyway, this mash-up — from 2014, mind you — is pretty excellent.