One might assume a holiday like St. Patrick’s Day would hinder a band’s drawing power in a city as infamously Irish as Philly. But for Arcade Fire last night, all it really did was throw a emerald hue over a crowd of thousands — many of whom showed up honoring the band’s “formal & costume” dress code in some obnoxious green get-up or another.

At 8:45 p.m. sharp, the band emerged on a small, dimly lit stage toward the center of the arena, plodding through an abbreviated “My Body Is A Cage” before sprinting to the main stage of shimmering lights and mirrors for the proper opener, “Reflektor.”

While the night considerably favored tracks from their latest record, the band hardly shied away from old favorites like “Neighborhood #1,” “No Cars Go,” and the beloved finale, “Wake Up.” 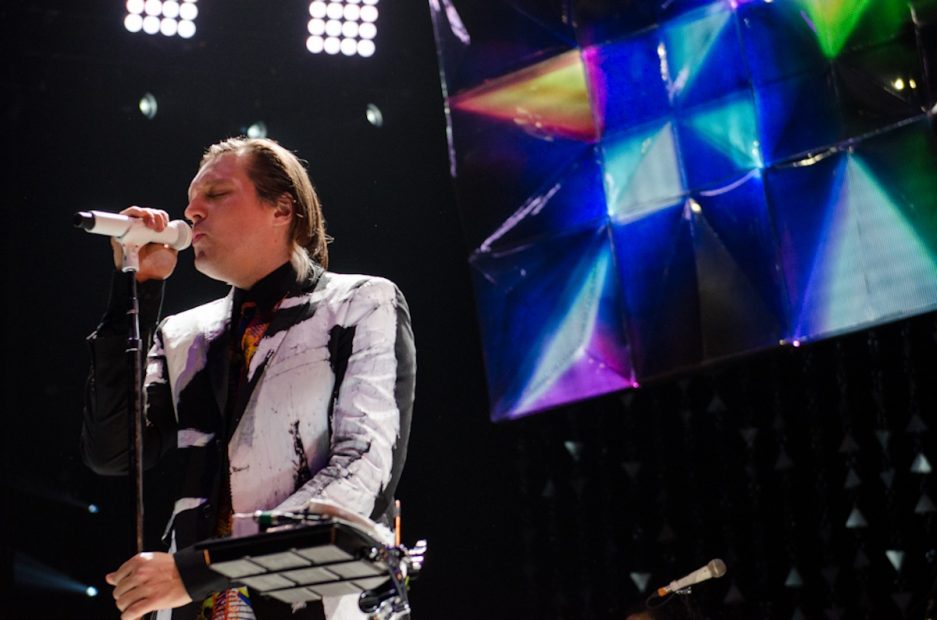 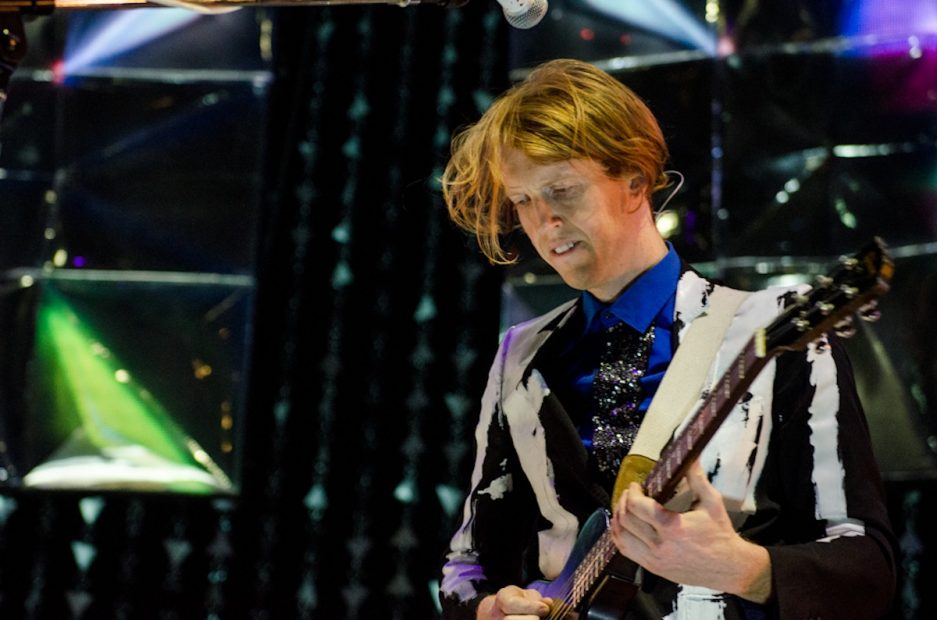 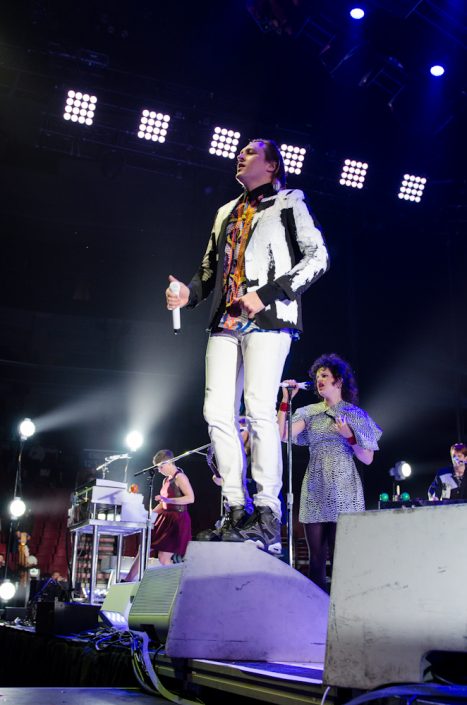 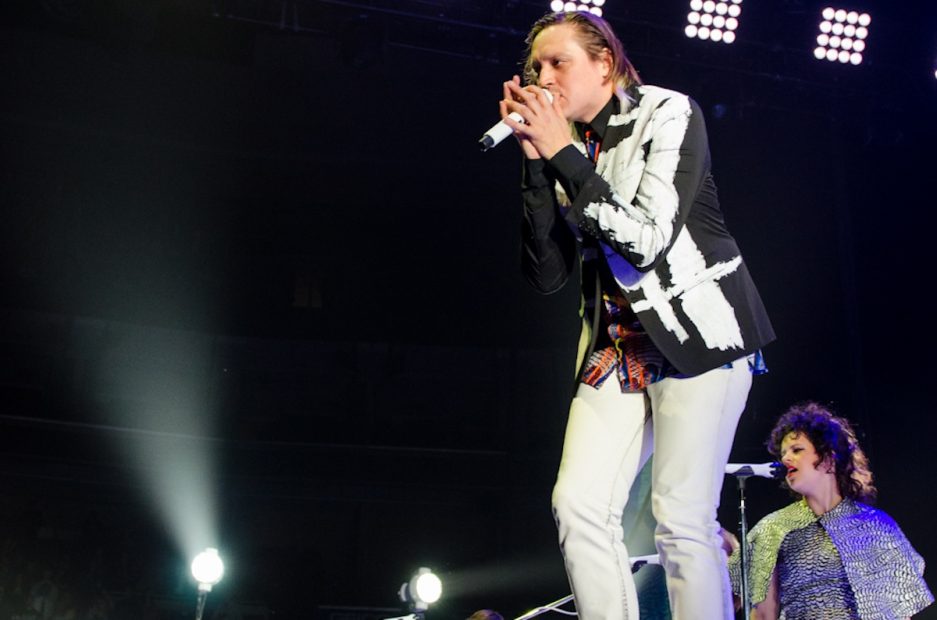 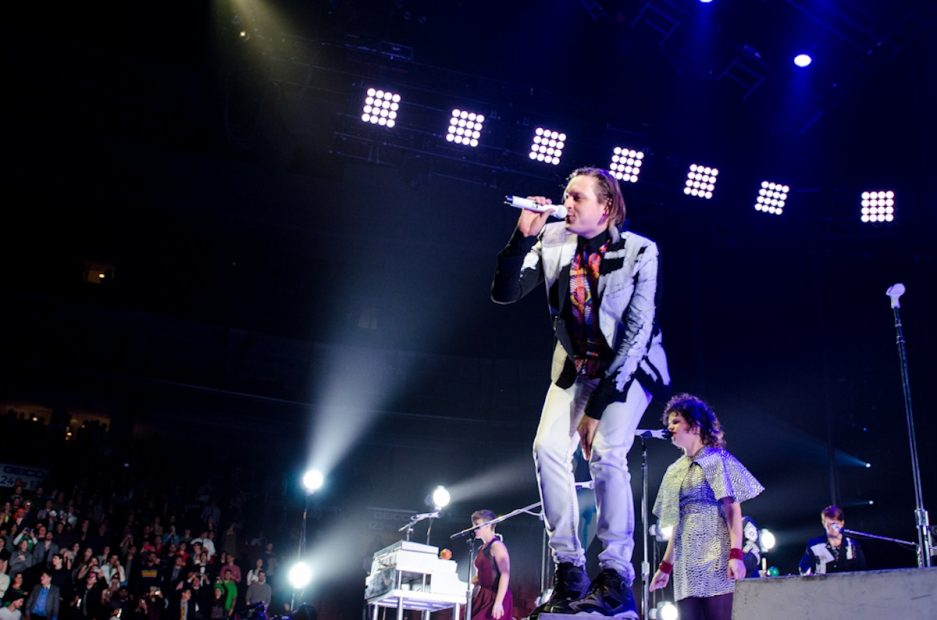 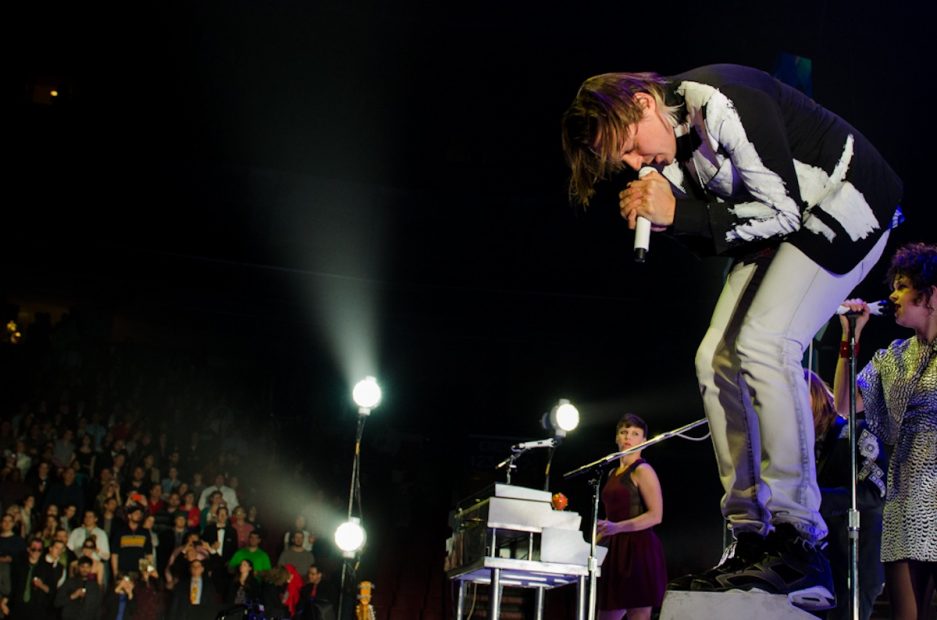 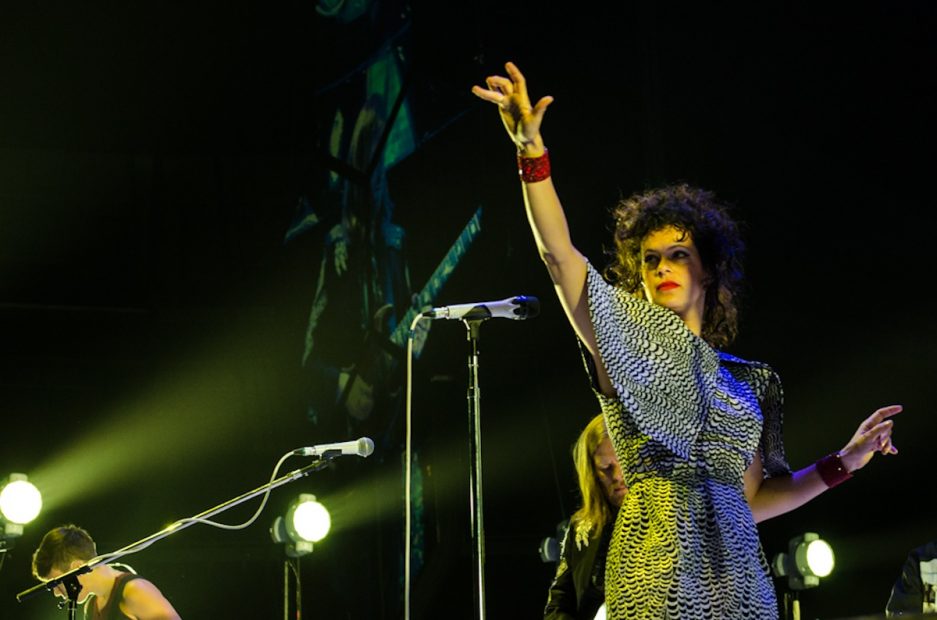 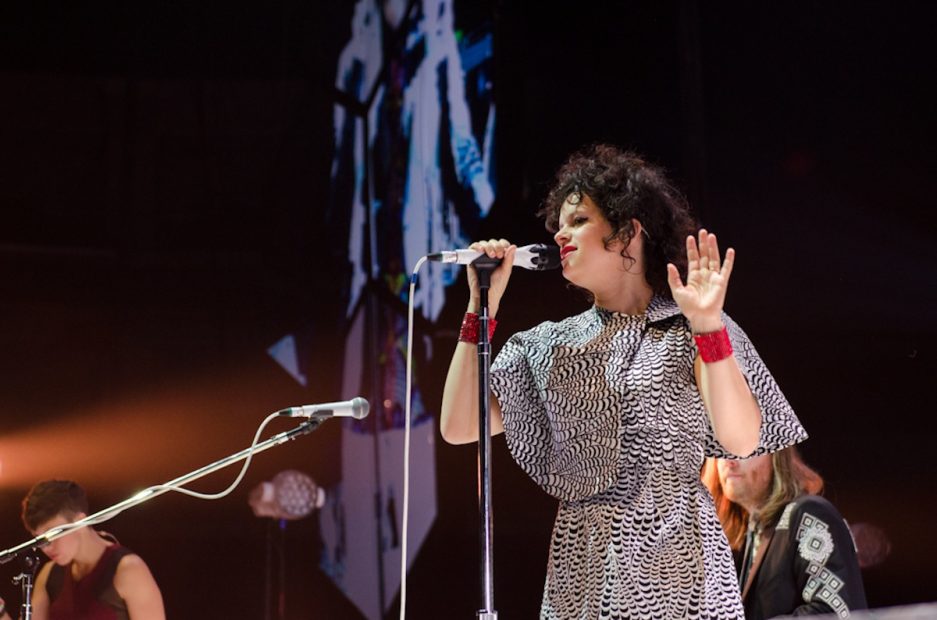 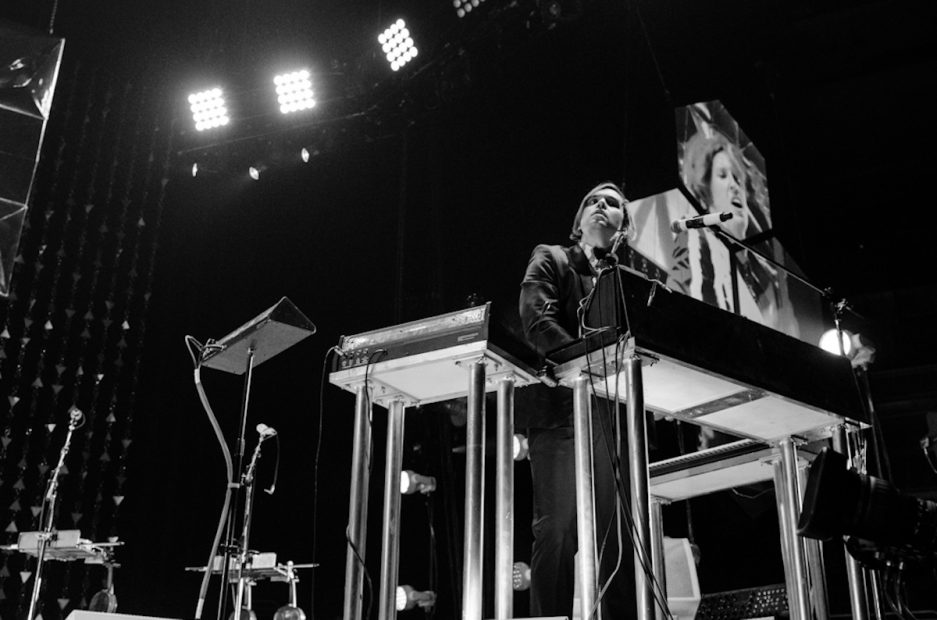 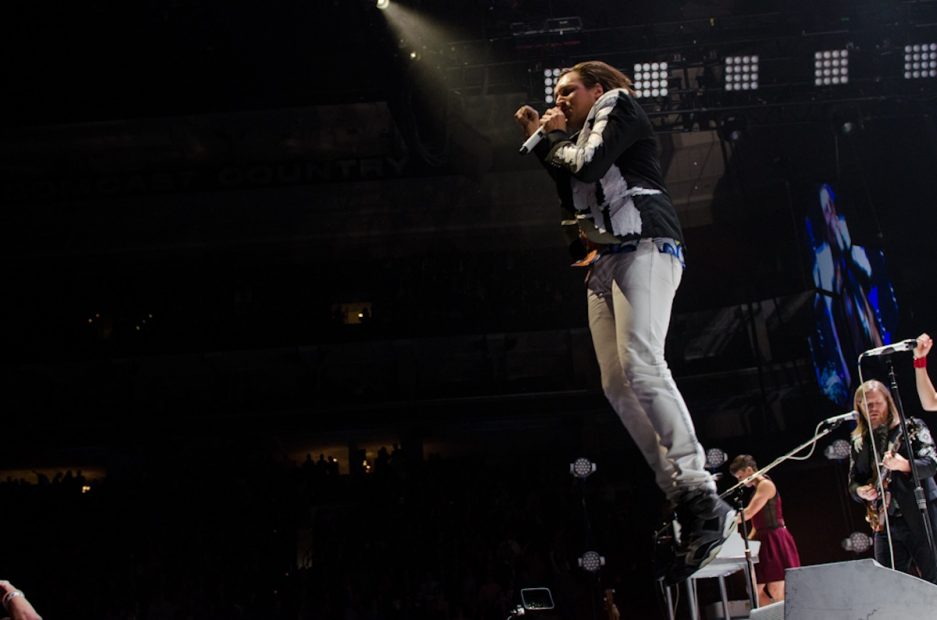 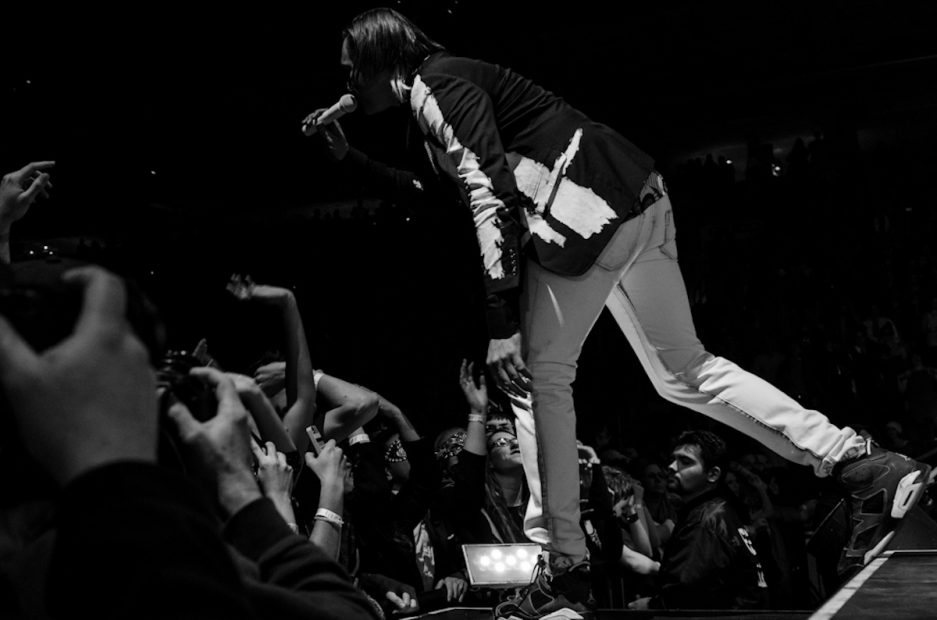 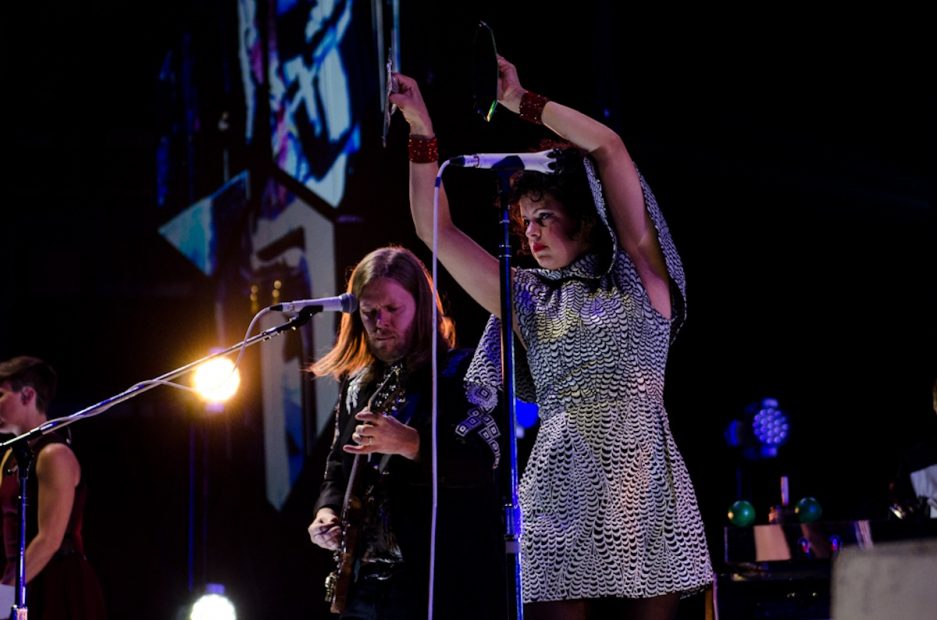 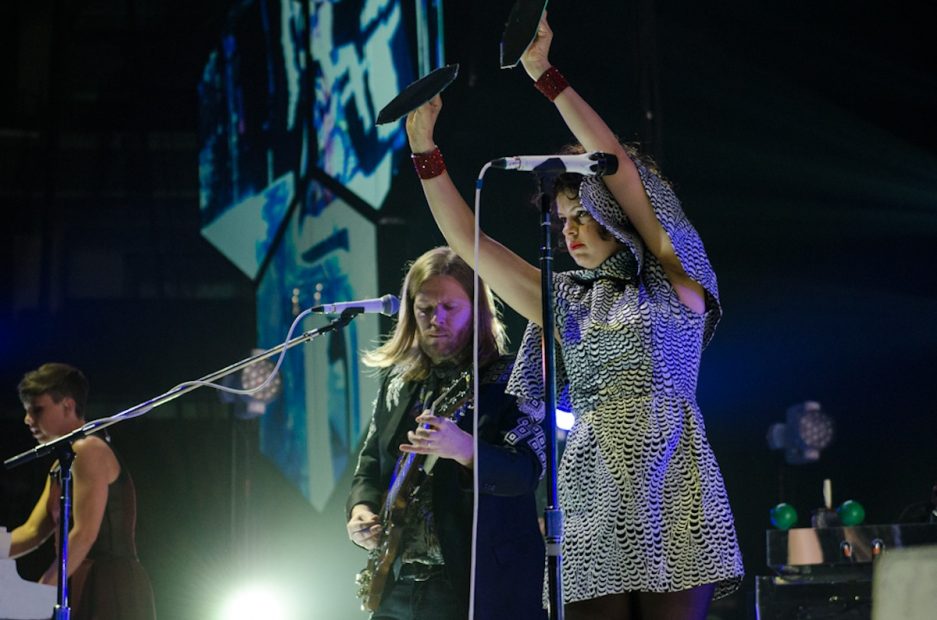 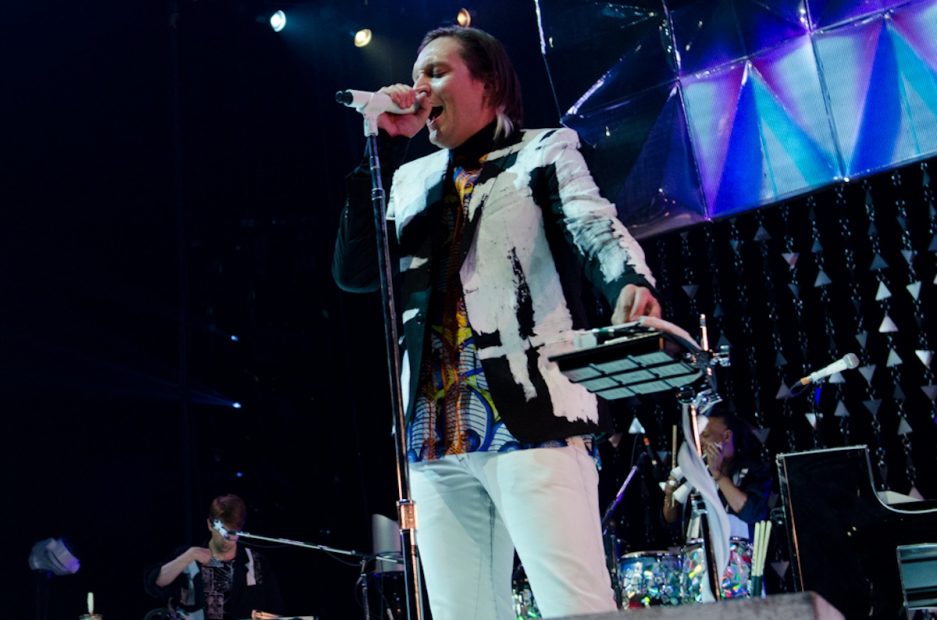 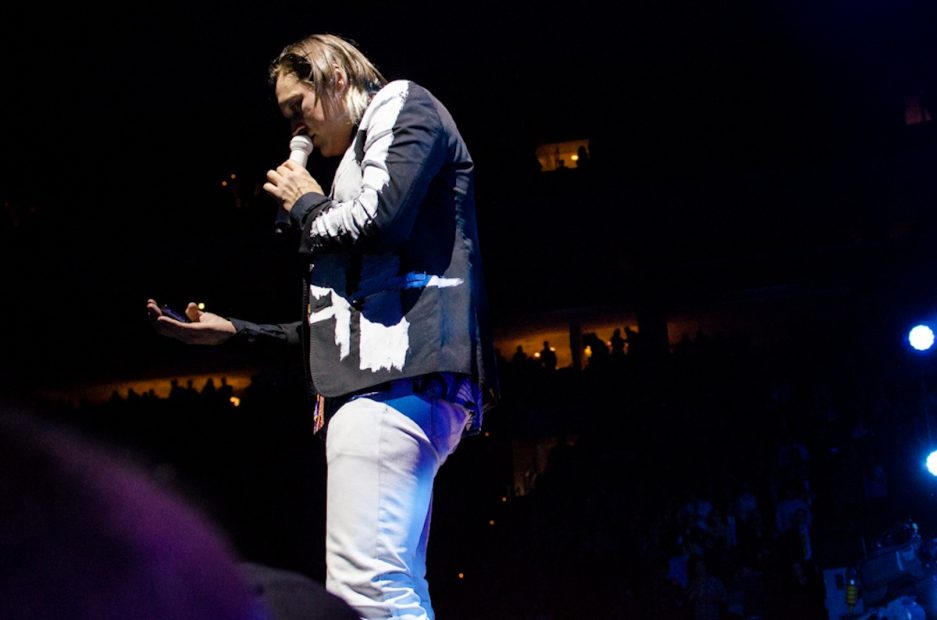 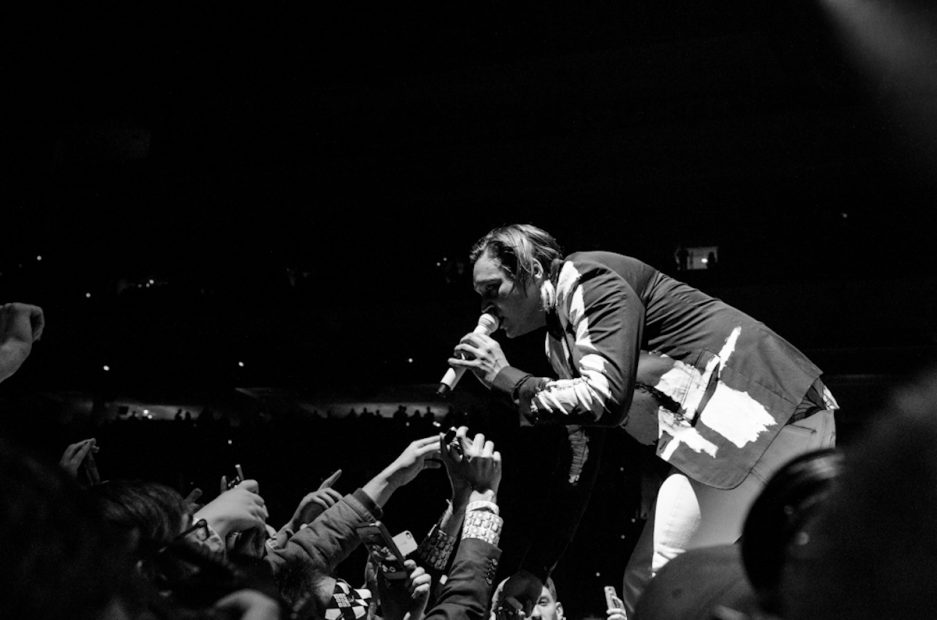 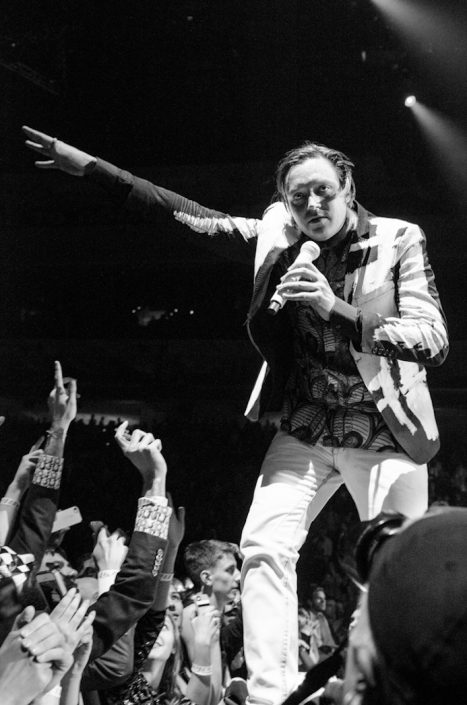 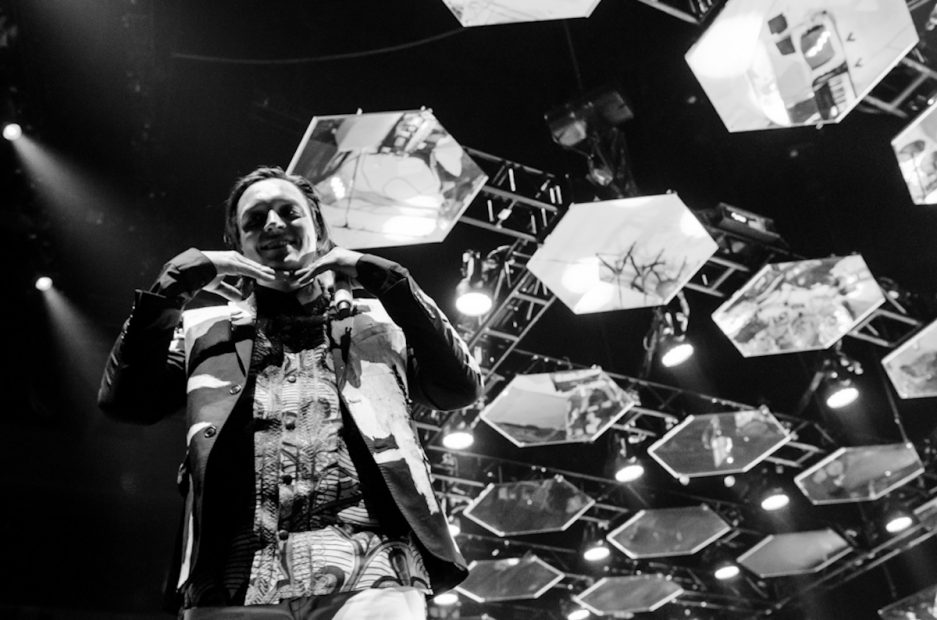 Elaborate costumes, coruscating rotating backdrops and the group’s visceral delivery were more than enough to make up for frontman Win Butler’s occasional fumbling through his own lyrics — (“Ready To Start” started, ironically, with the wrong verse, but a sheepish grin on Butler’s part was all it took to render the flub endearing.)

Though an unsung highlight of the night might’ve been during the encore, when the band took to their trend of city-representative covers in the silliest (yet simultaneously most satisfying) way possible — with a brazenly delivered version of “Motownphilly” by Boyz II Men. I guess we can all ultimately breathe a sigh of relief that the Canadian Baroque Rockers didn’t take the “Getin’ Jiggy With It” route.