No Dog Gets Left Behind Gala

The organization reunites stray animals and the soldiers they bonded with at war. On Saturday night the 5th annual No Dog Gets Left Behind organization held its annual gala at Penns Landing Caterers. NDGLB is an amazing organization that rescues war dogs from overseas and unites them with the soldiers that bonded with them at war. The organization was founded by Trish Gohl, after her nephew, Chris, who was stationed overseas, bonded with a dog that he wanted to bring back to the states.

The night began with a cocktail hour, where guests posed for photos and bid on silent auction items, as well as bought raffle tickets for additional great items. Then a lite dinner was served as Trish talked about the organization and where the proceeds from the evenings event would go — to reunite Lucy and Daisy with their soldier daddies. Afterward, guests enjoyed dancing to the tunes of Spruce Street Harbor Park’s resident spinner, DJ Patty Pat. 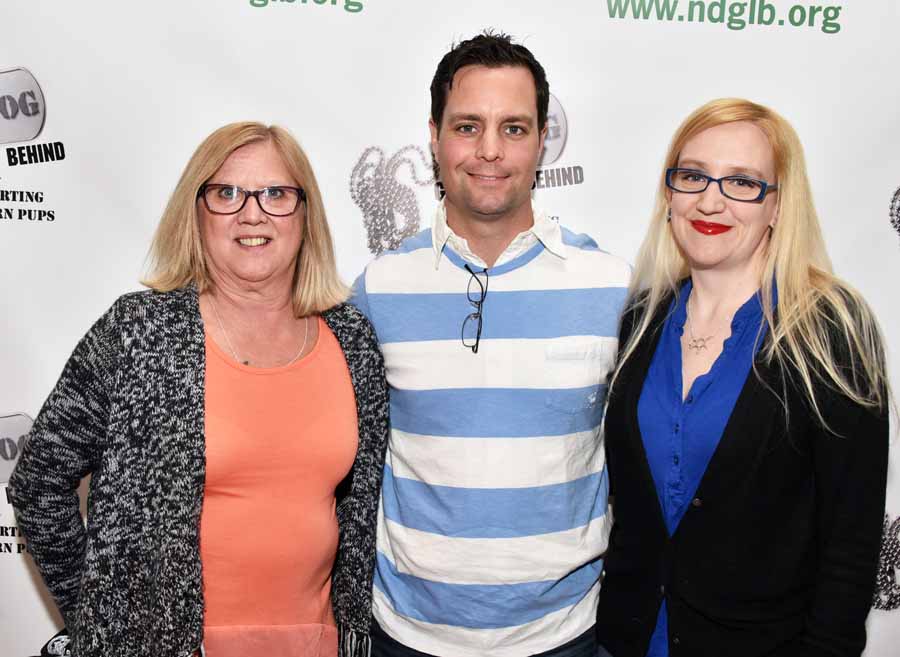 Donna Newrock, Brian Wodzinski and Nicole Wodzinski - All these names come up if you search their name and NJ 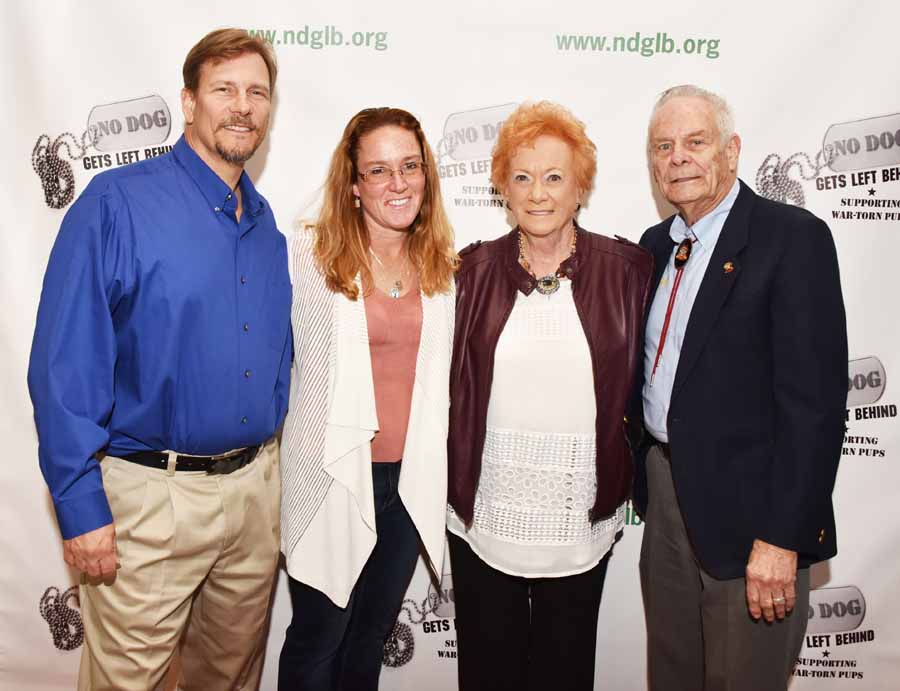 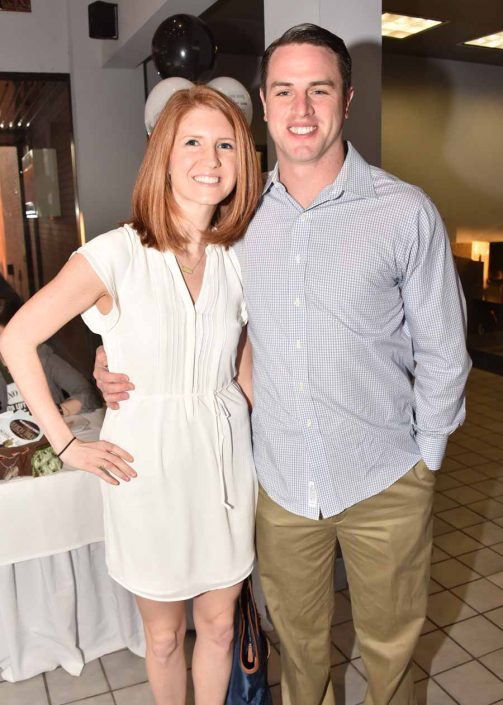 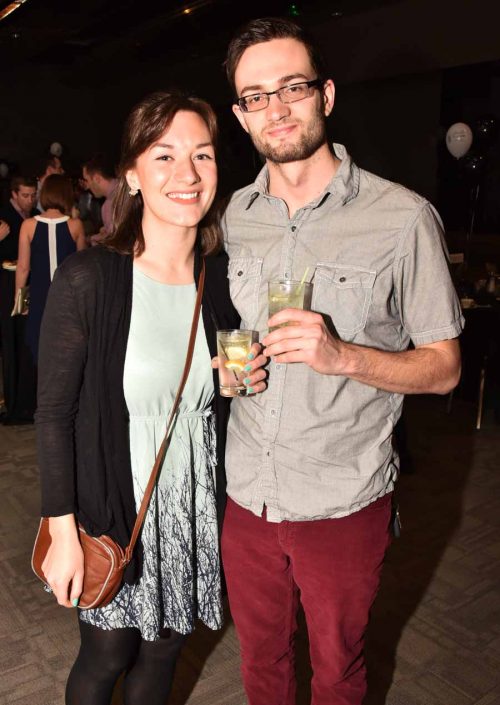 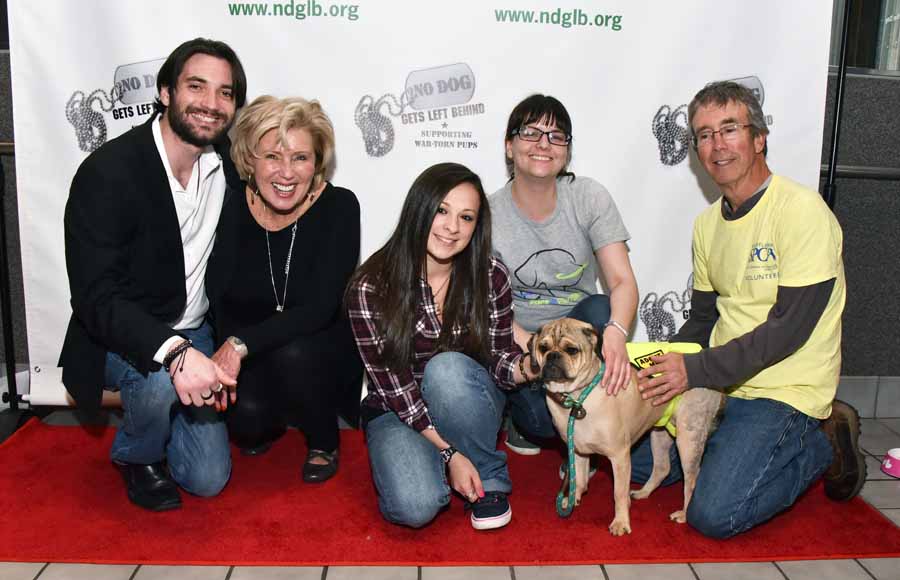 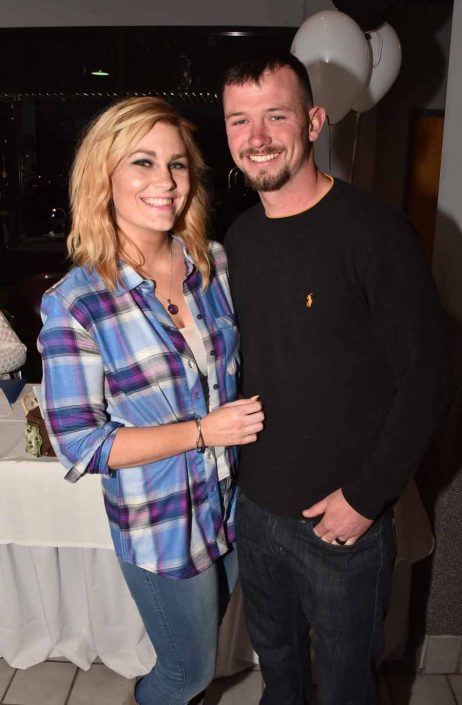 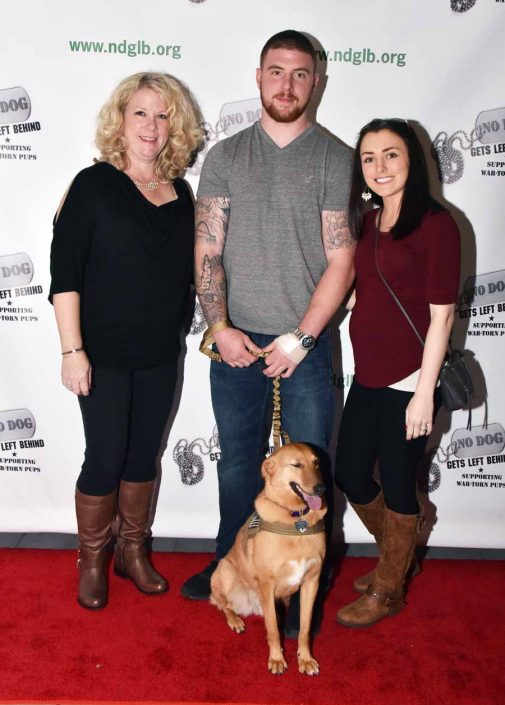 Susan Wildsmith with son Mark Wildsmith and wife Kristina Wildsmith and Kimo. Mark was stationed in Afghanistan where he met Kimo, a dog that ran wild in the dessert, but was soon keeping company with the soldiers stationed at his camp. The No Dogs Left Behind organization was able to get Kimo home so that Mark could keep his buddy that kept him company during war, forever. 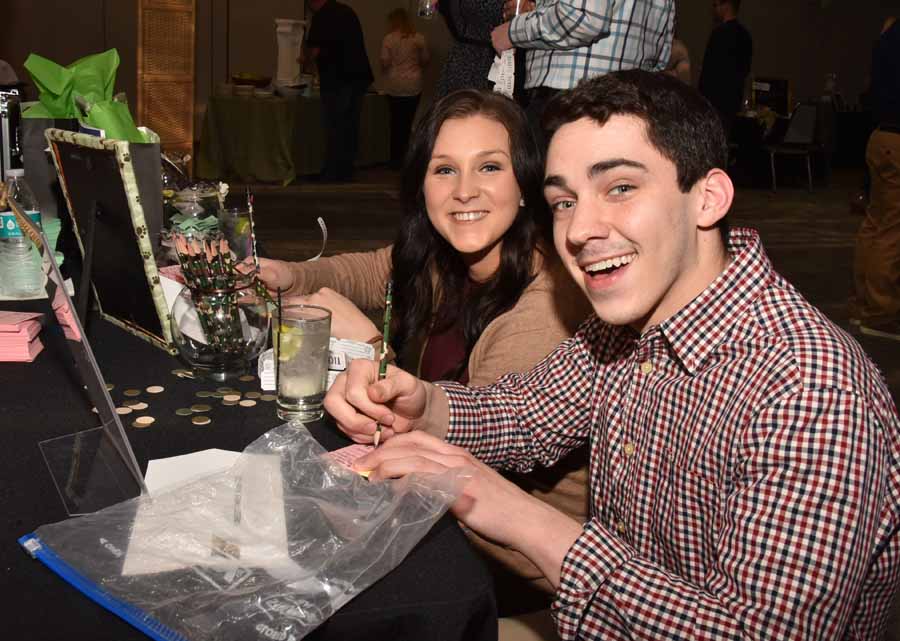 Kristina Toner and Alex Valentino fill out raffle tickets in hopes of winning a trip to Florida's Treasure Cay. 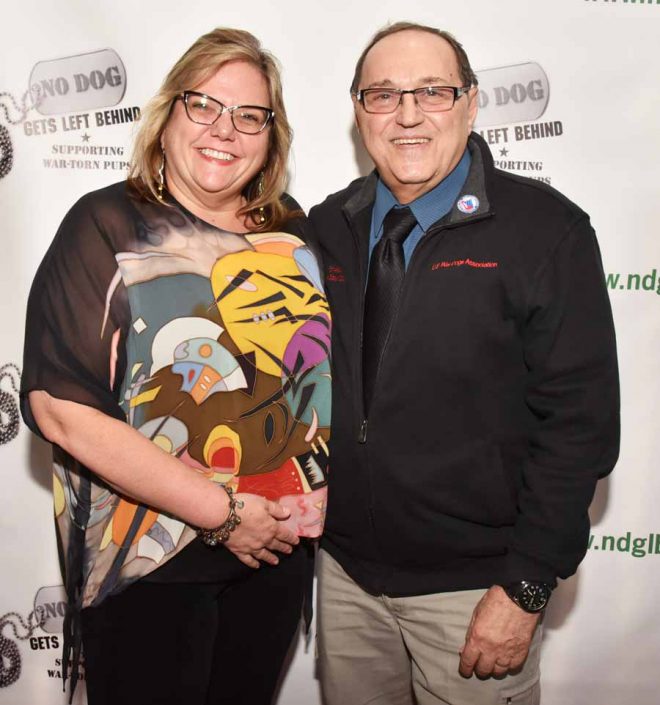 Janet Zukowski, Travel and Media Wrangler Manager at NFL FILMS, and Ron Aiello, United States War Dogs Association, Inc. His organization establishes War Dog Memorials and educates the public about the invaluable service of these canines to our country. 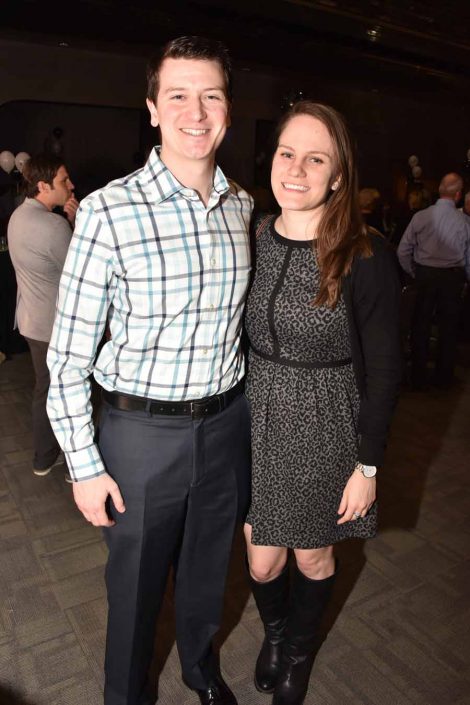 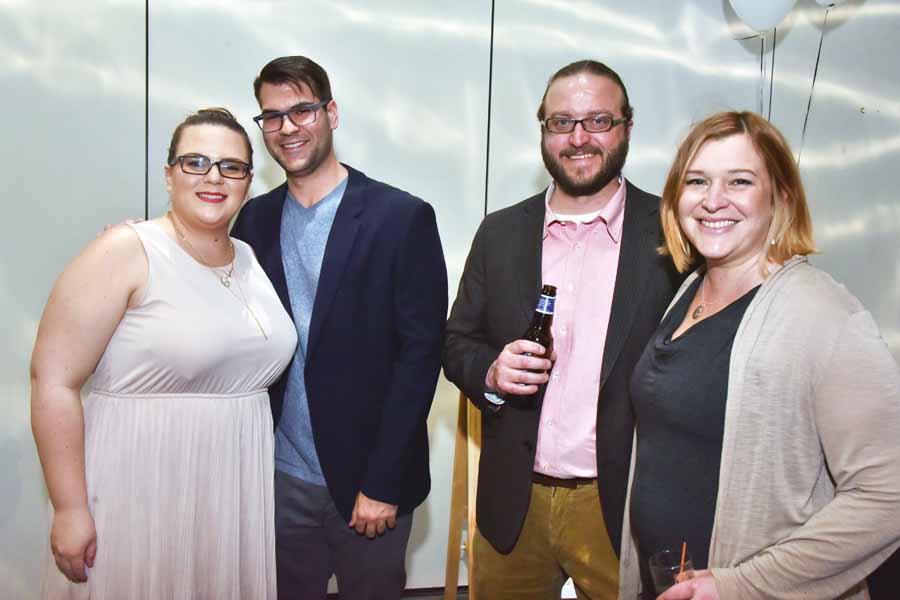 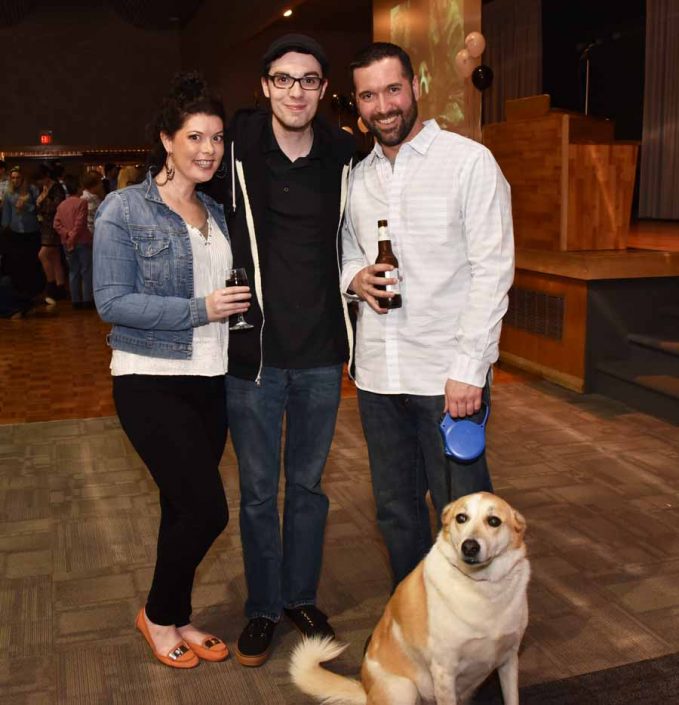 Colleen Martin, Ryan Martin with Andrew Clark and his dog Stinky, who he met in Iraq. Andrew and his mates who were at war in Iraq met Stinky as a pup, one of the many dogs that would run wild at the campsite. When he got his discharge orders he contacted the International SPCA, who contacted No Dog Gets Left Behind and was able to have Stinky brought to the US.