In a no-holds-barred night, everything was on the table: marriages, baby mamas (four), salaries, tights, his big ego and even, shockingly, suicide attempts. Proceeds from the evening went to firefighters support organization All Hands Working.

A couple of the zingers at the event: “Former Eagles defensive tackle Hollis Thomas is here tonight. Look at that guy. Hollis, are you OK? You’re sweating profusely. I haven’t seen someone sweat this much since Freddie Mitchell’s tax audit.” And: “Joe Conklin, Man of 1,000 voices, and he can’t get laid in any of them.” 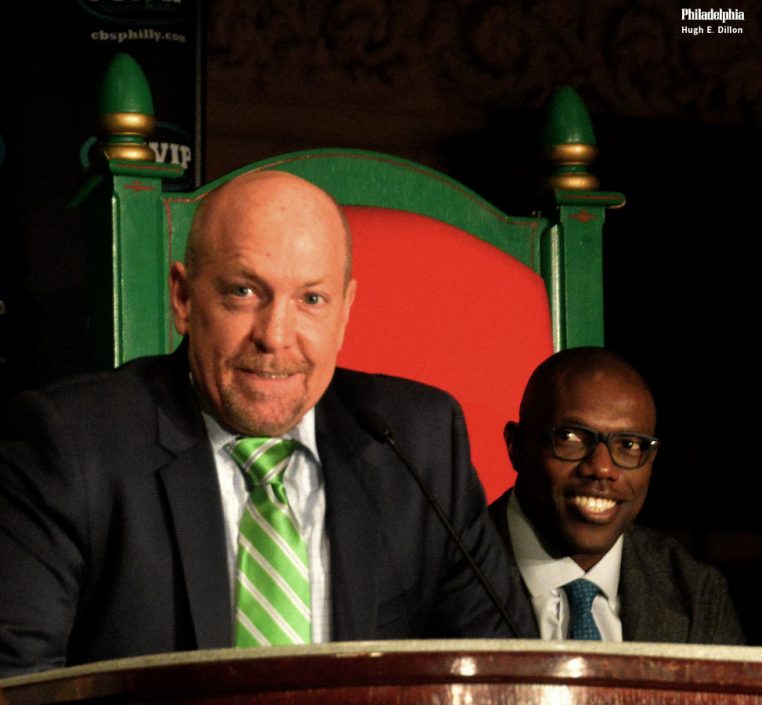 Joe Conklin with Terrell Owens on his throne. According to Conklin, "T.O. makes bad business decisions. He pays $50,000 in child support a month for four kids, by four different women, and only saved $7 in condom purchases." 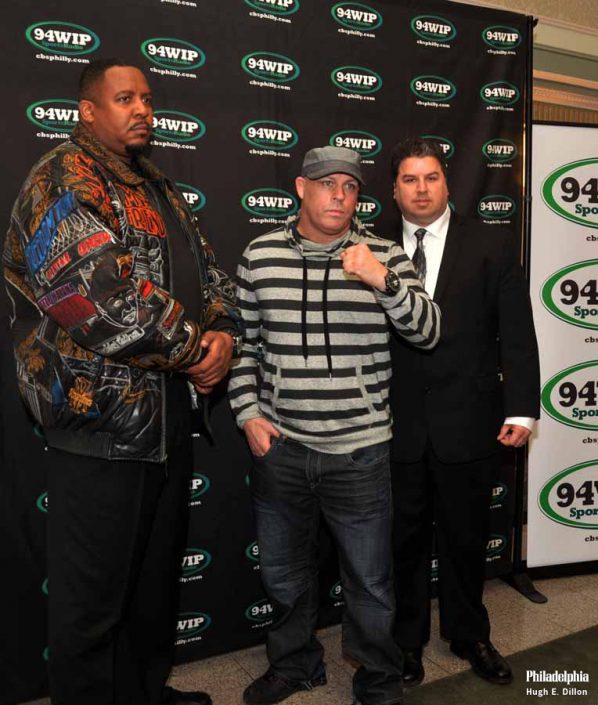 Celebrity boxing promoter Damon Feldman (center) on the red carpet with his huge bodyguard and limo driver. When Feldman approached the podium to roast T.O., both former Governor Ed Rendell and Stu Bykofsky covered their heads with their hands, apparently wishing they were somewhere else. 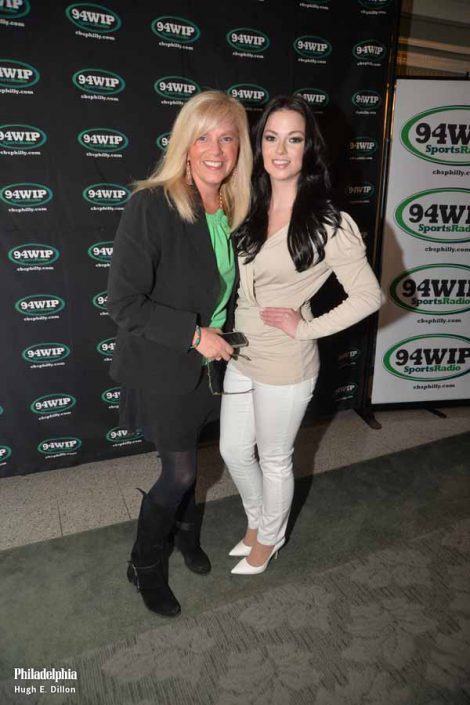 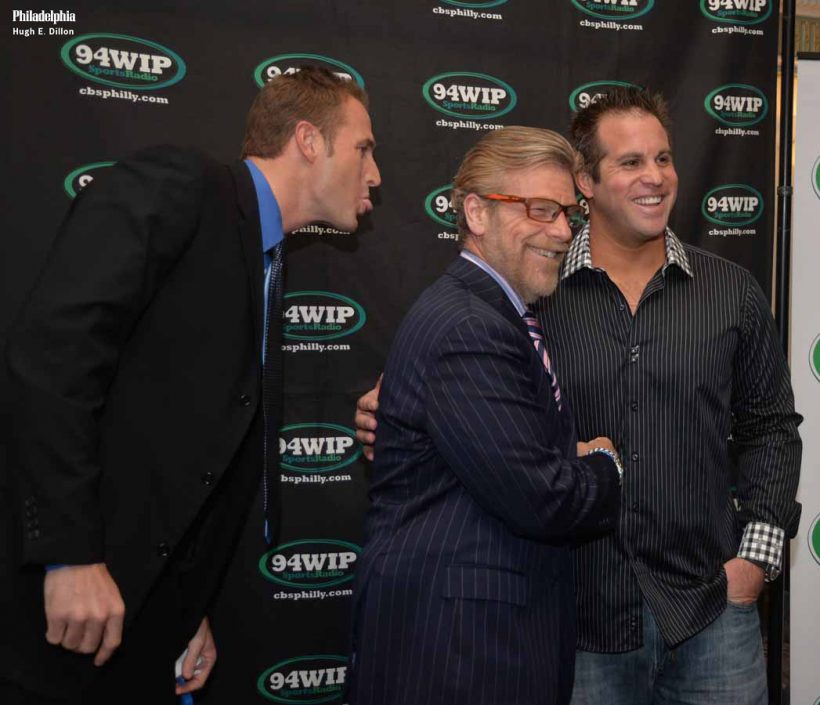 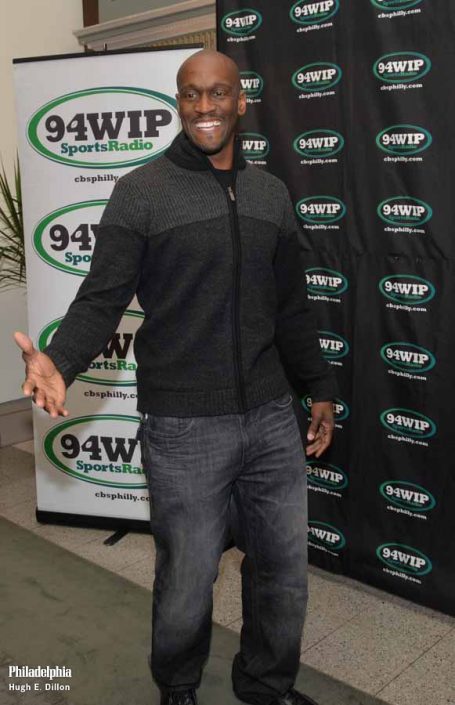 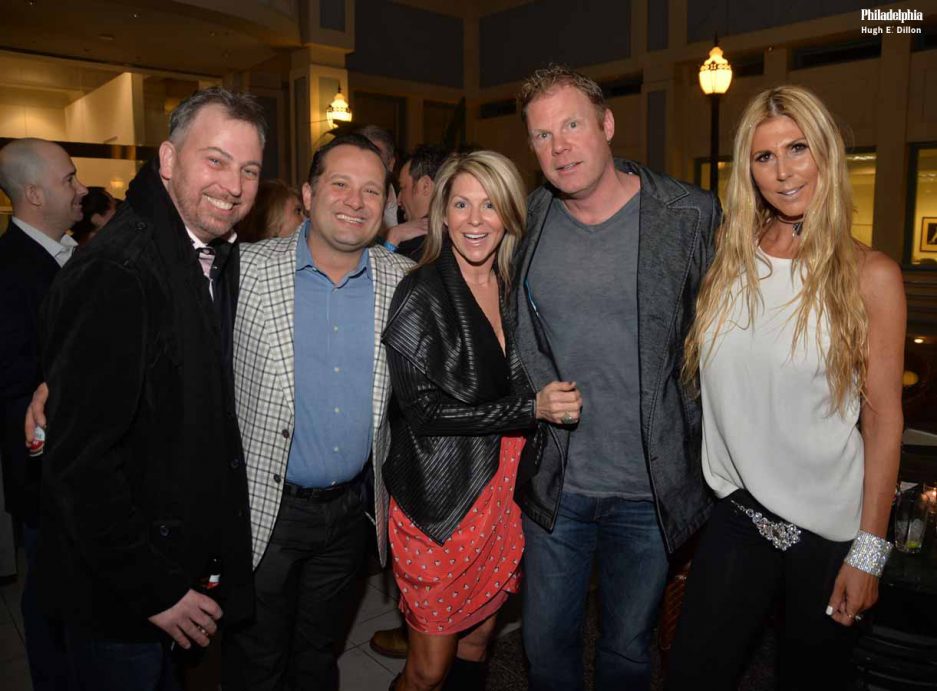 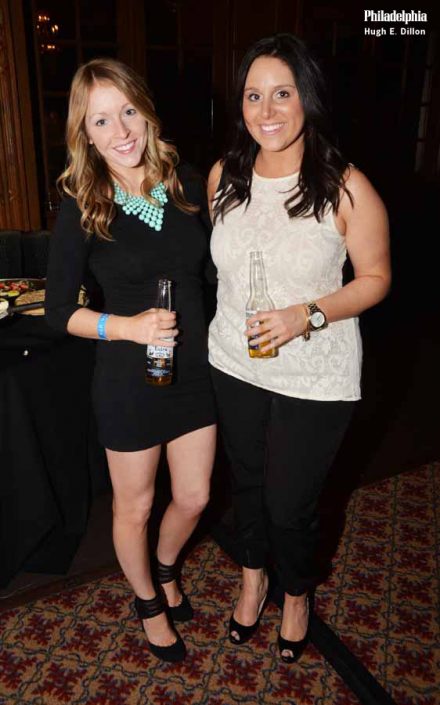 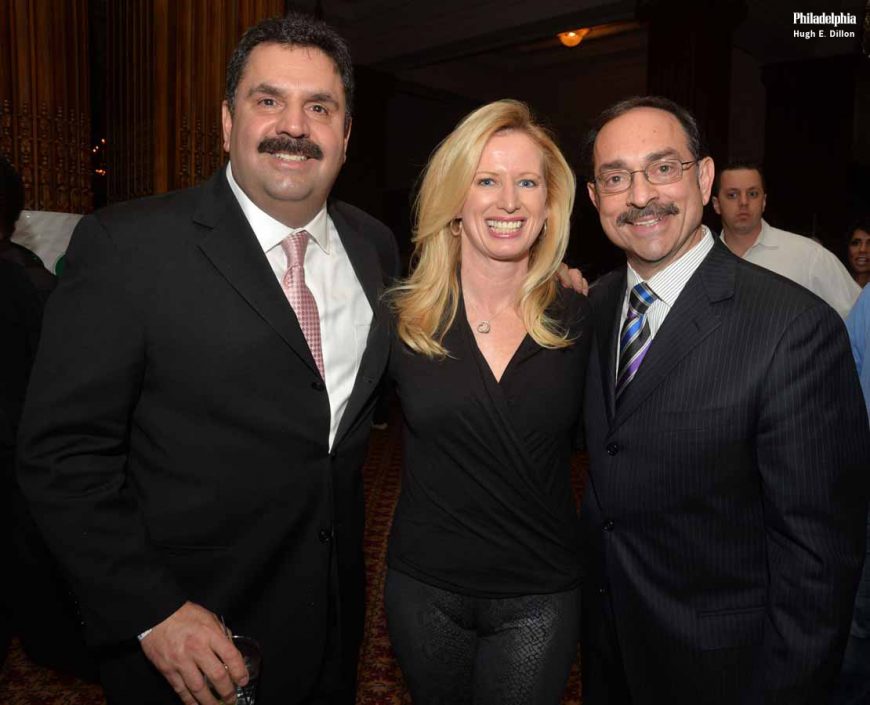 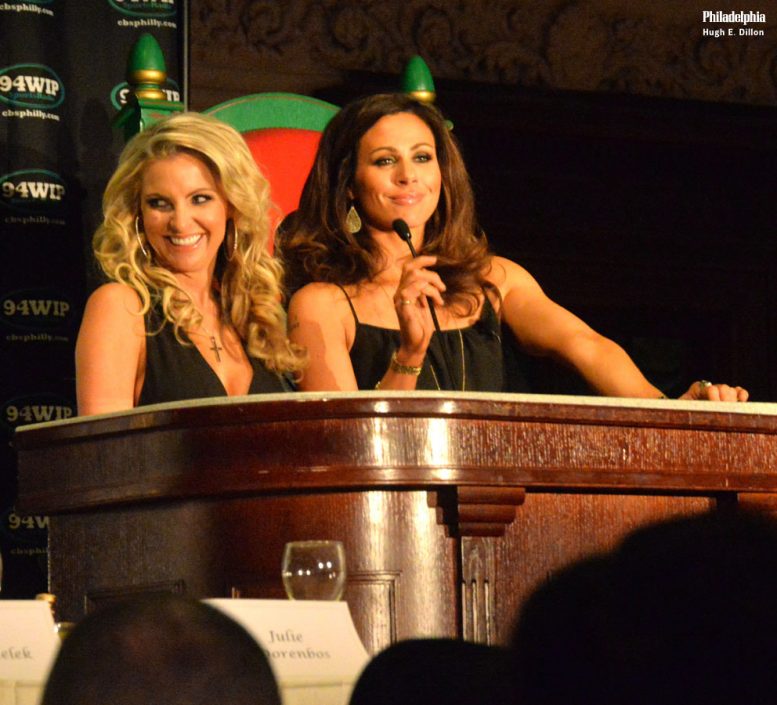 From left: Julie Dorenbos and Susie Celek were emcees for the evening and had some of the best lines. Julie greeted the guests and said “Tonight’s about T.O.’s unfinished business,” and without missing a beat, Susie said, “We all have unfinished business. Clearly Julie’s unfinished getting dressed. Her breasts are like her grades in college: D’s.” 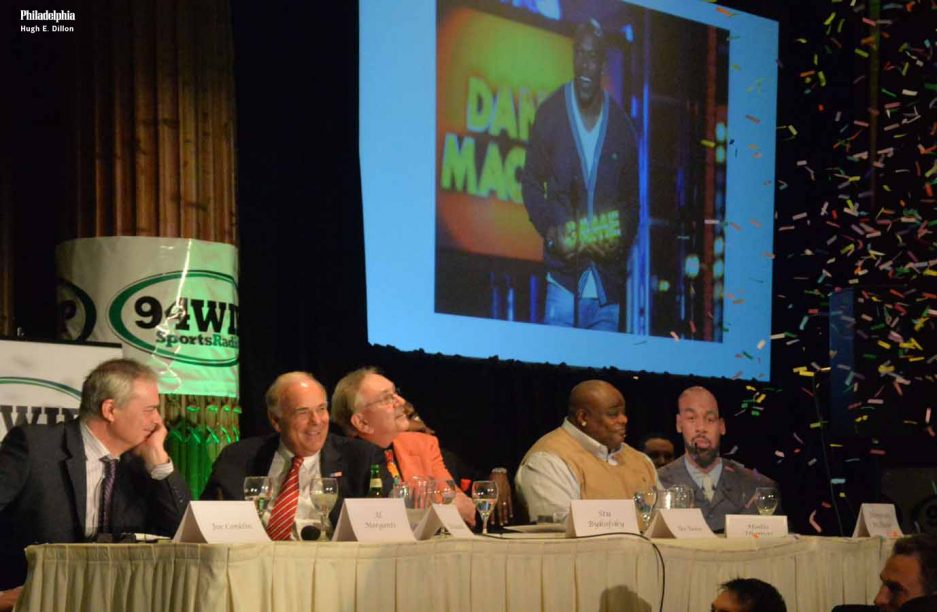 When the guest panel wasn’t crushing on T.O., they were sending up a life-sized cut-out of Donovan McNabb, which occasionally spit out confetti. 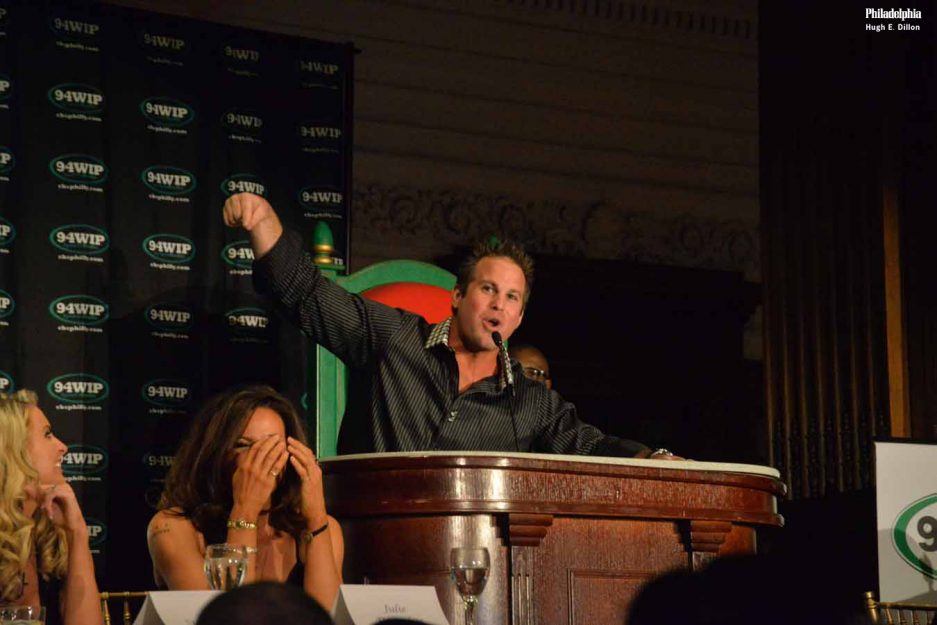 Jon Dorenbos and Susie Celek. A roaster said about Jon: “Some people think Jon is just a beard for Julie Dorenbos, as she’s really married to Susie Celek.” 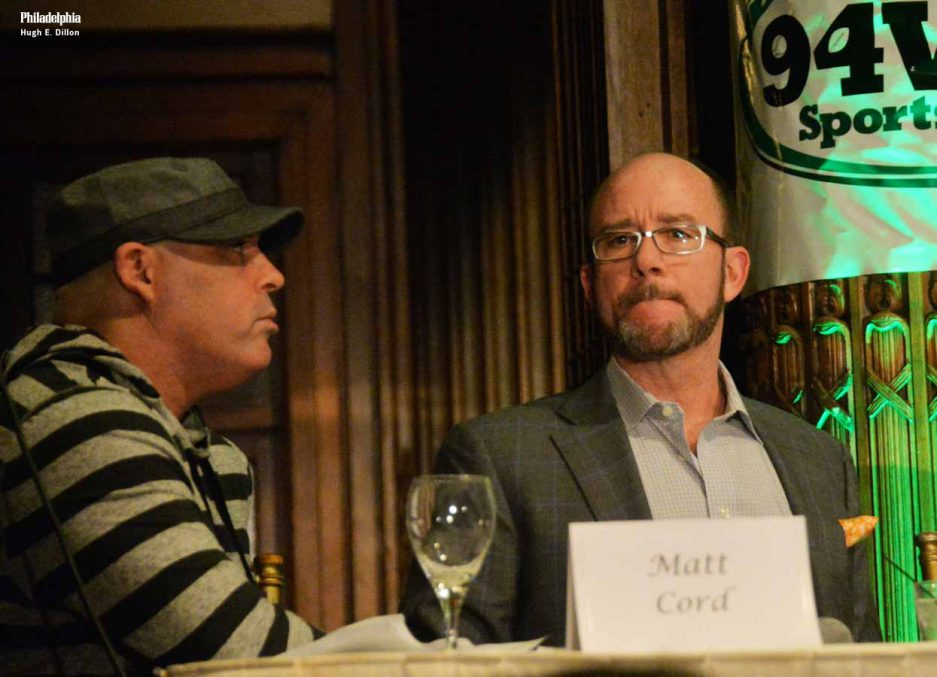 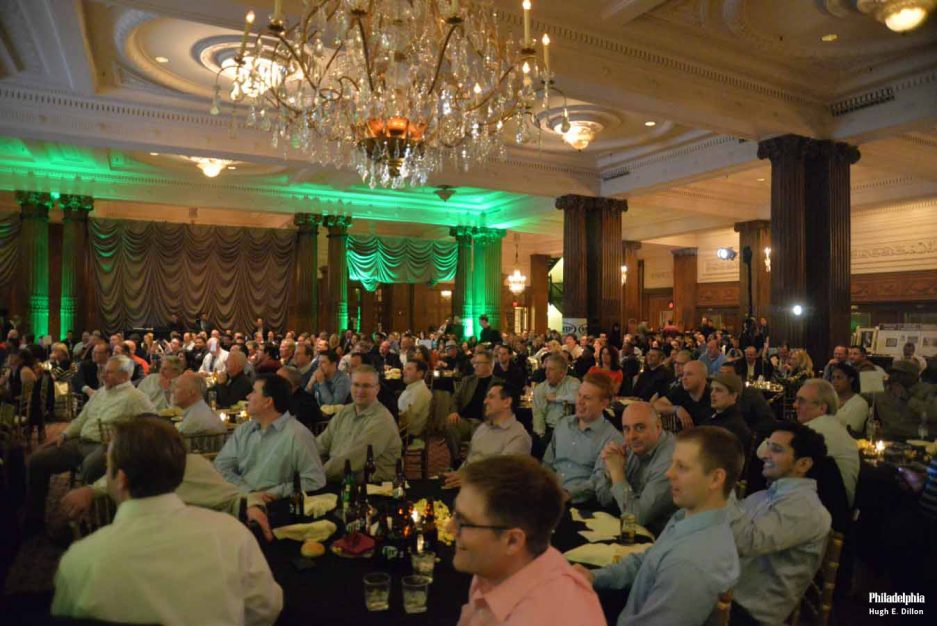 The sold out crowd at the Crystal Tea Room for the Philadelphia Sports Roast. One of my favorite lines of the night: “Joe Conklin’s act is so old, Ruben Amaro just signed it.” 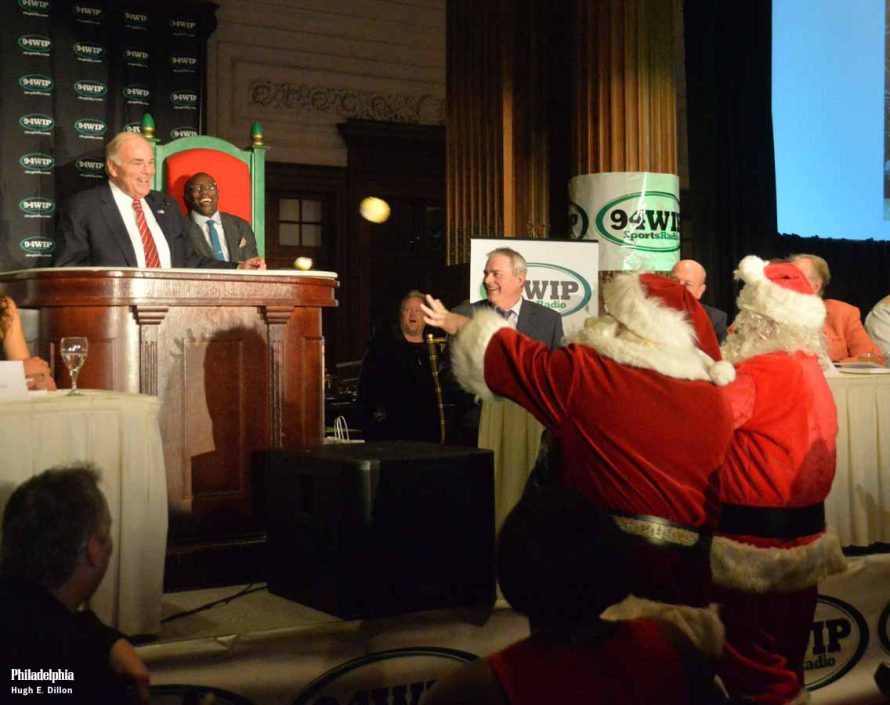 Former Governor Ed Rendell looked up and down at the panel, stopping at Damon Feldman and Stu Bykofsky, then said, “I never thought my stellar career would end like this, at an event that makes the Wing Bowl look classy.”

D.A. Seth Williams took part in the night’s event. At one point Damon Feldman approached Williams as he was delivering his spiel and attempted to grab the mike. I thought to myself, “Is this a Kanye West moment: ‘D.A., you’re great and imma let you finish but Lynne Abraham was one of the best D.A.s of all time?”. Feldman told me he was just going to tell Williams how much he admired him, and that he should run for governor. (I guess Damon thought that was a good time to tell him: Seize the moment, Damon.) 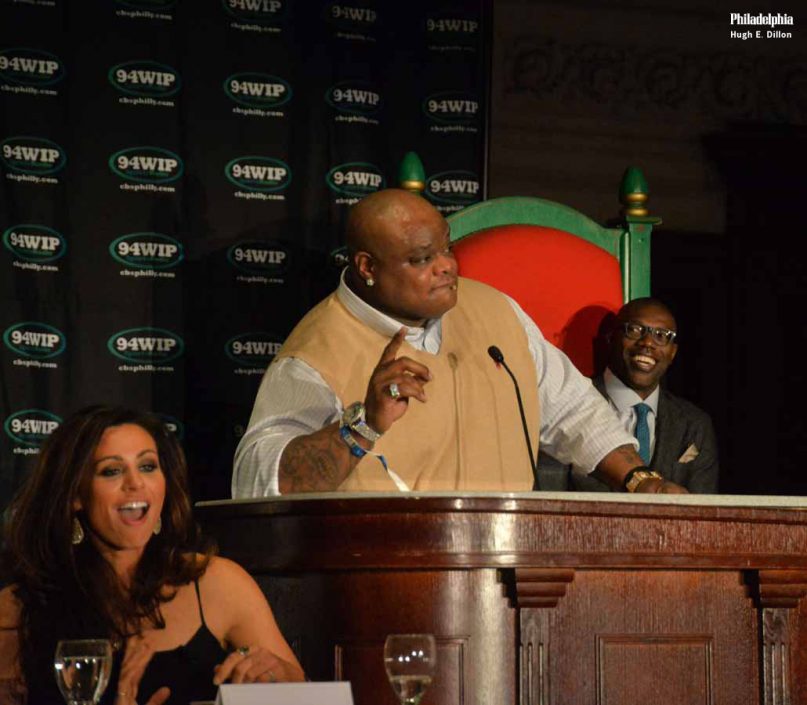 Hollis Thomas told stories about T.O.’s workouts and leotards. He’d often say to T.O. “WTF” to what he was wearing, doing, saying. 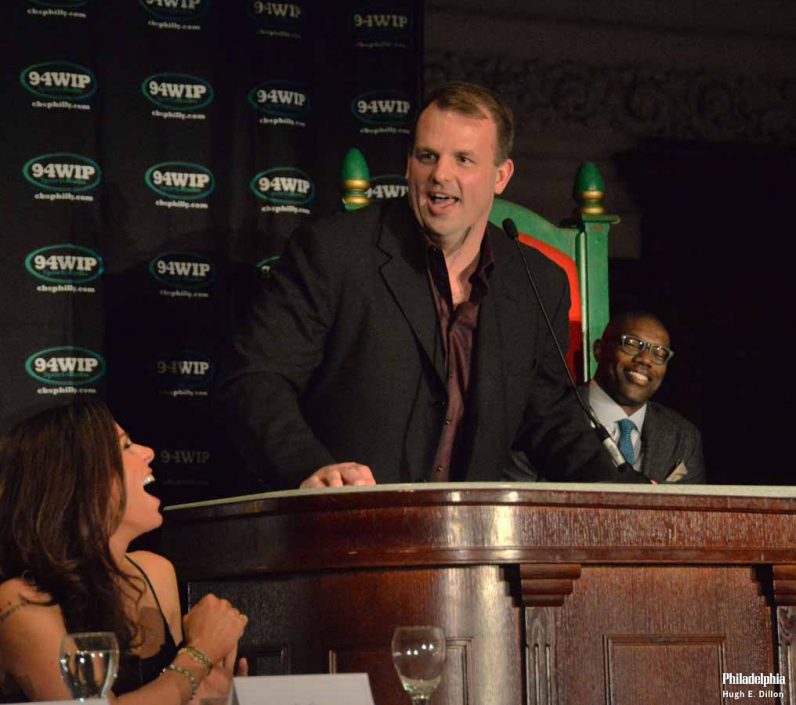 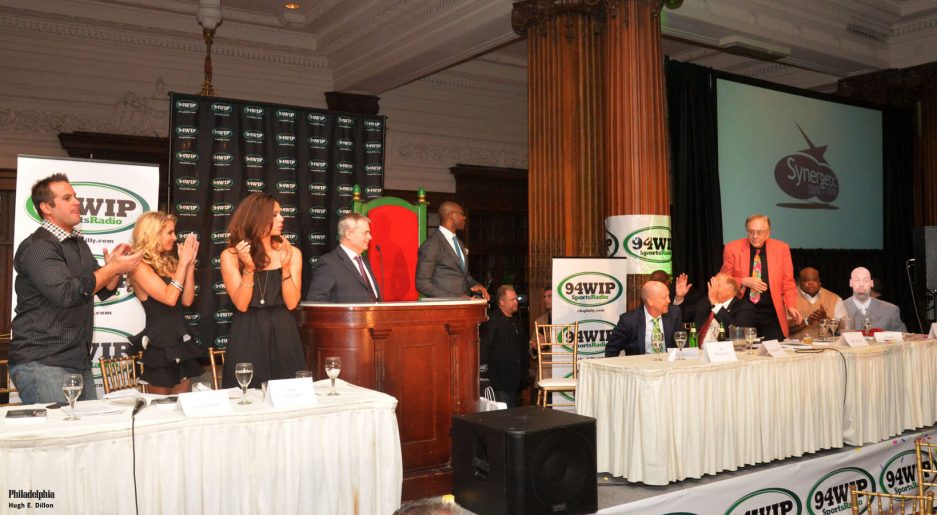 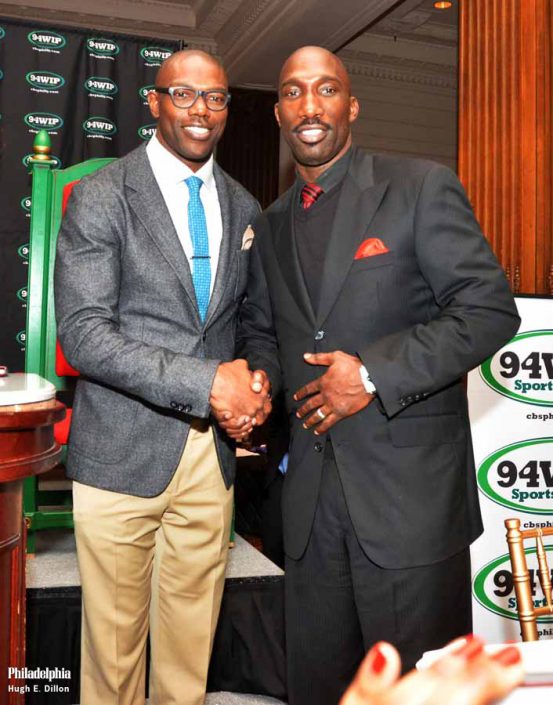 Terrell Owens and Ike Reese. As T.O. approached the podium to make remarks, the crowd was on their feet as T.O., singing the T.O. song, then went right into the Eagles fight song. It was a fun evening, and I look forward to next year’s Philly Sports Roast.