Guests gathered to raise money for the fight against childhood cancer. Alex’s Lemonade Stand Foundation (ALSF), a nonprofit dedicated to finding cures for all kids with cancer, hosted the Eighth Annual Lemon Ball, presented by Northwestern Mutual, Toys R Us and Volvo on Saturday, January 11, 2014, at the Philadelphia Marriott Downtown.

The event, took place nearly 10 years after Alex Scott set a goal to raise $1 million through her front-yard lemonade stand, and every year in just one night raises nearly a $1 million for the fight against childhood cancer.

The evening started  with a cocktail party and a very extensive silent auction covering sports, restaurant meals and experiences.Then the party moved upstairs for dinner, an awards ceremony and dancing. Liz and Jay Scott, the parents of the late Alex,  co-chaired the gala with longtime foundation supporters Susie and John McCaughey. The evening also featured the presentation of the Alex Scott Crystal Cup to Jocelyn Hillman, who has supported the foundation since its inception and first learned of the foundation’s mission when her daughter, Carly, fought cancer alongside Alex . Jocelyn has served on the Foundation’s Board for several years and currently holds the position of Vice Chair. 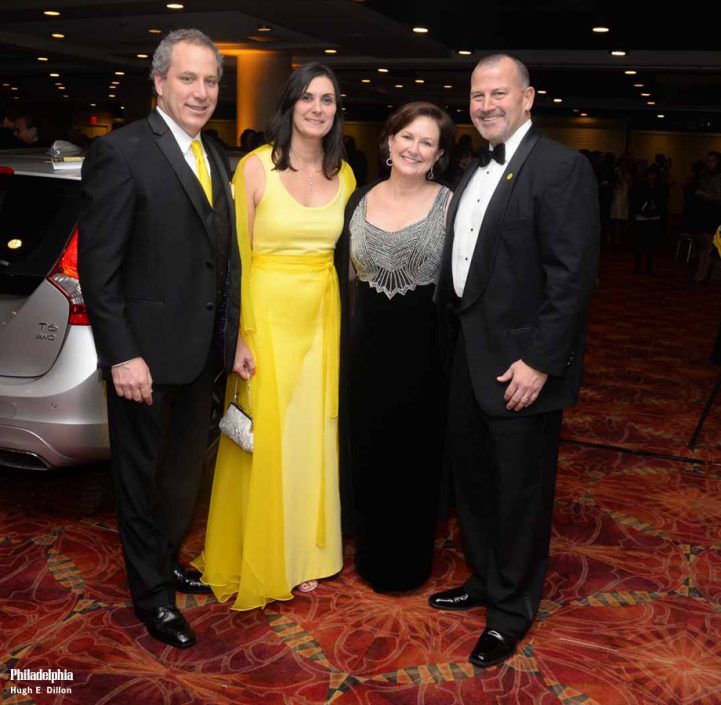 From left: Liz and Jay Scott with Bill and Wendy Dunn at the Lemon Ball Saturday night at the Marriott Downtown on January 11, 2014. 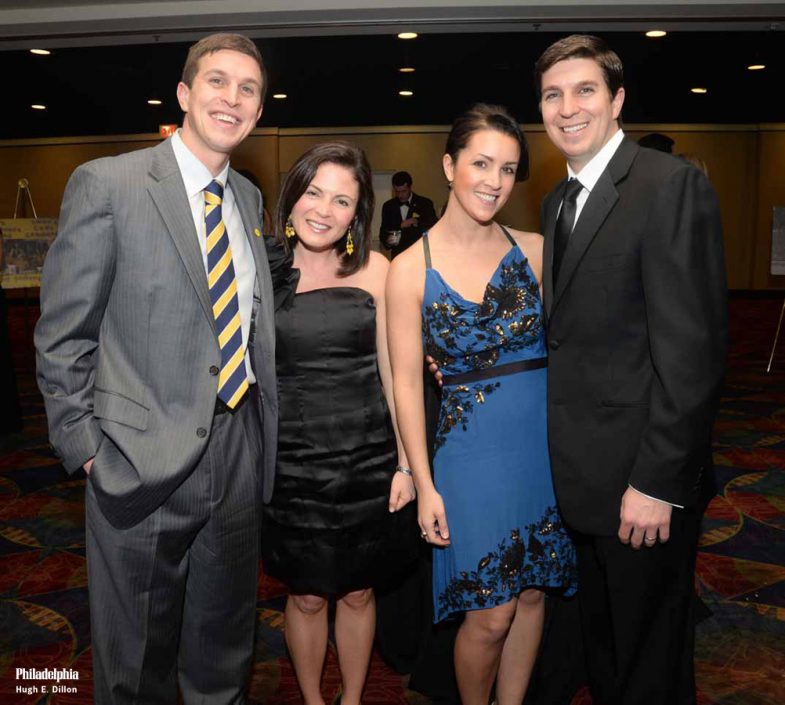 From left: Christopher and Kristen Salvitti with Sheila and Michael Salvitti. 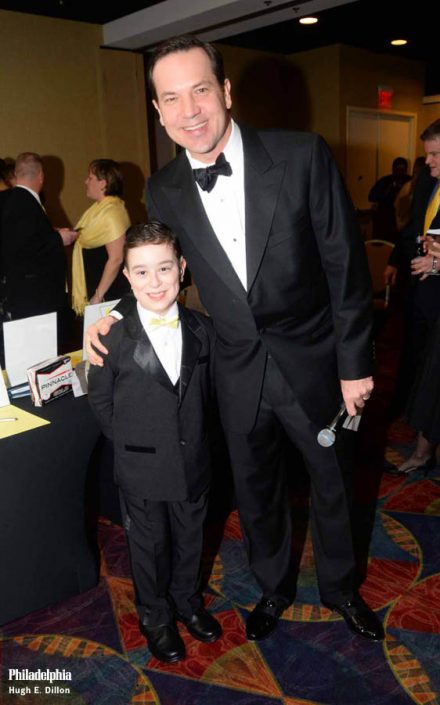 Cole Fitzgerald, a 9-year-old who is very grateful for all the help he recived from Alex's Lemonade Foundation when he was recovering from cancer. He's here with Chris May, co-anchor of CBS3 Philly who, with co-anchor Jessica Dean, acted as emcee for the evening. 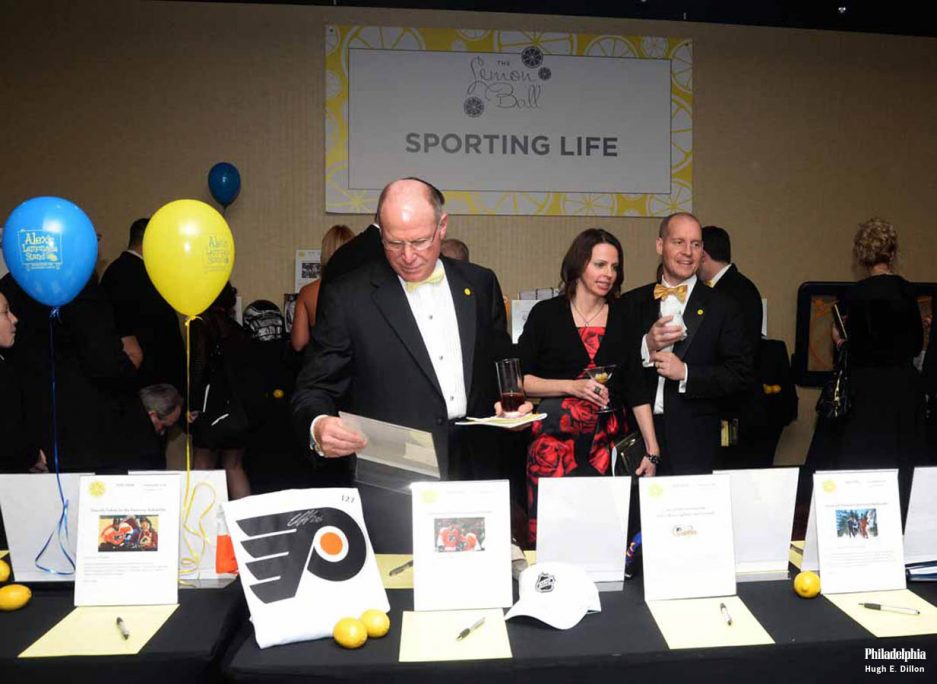 There was an extensive silent auction. 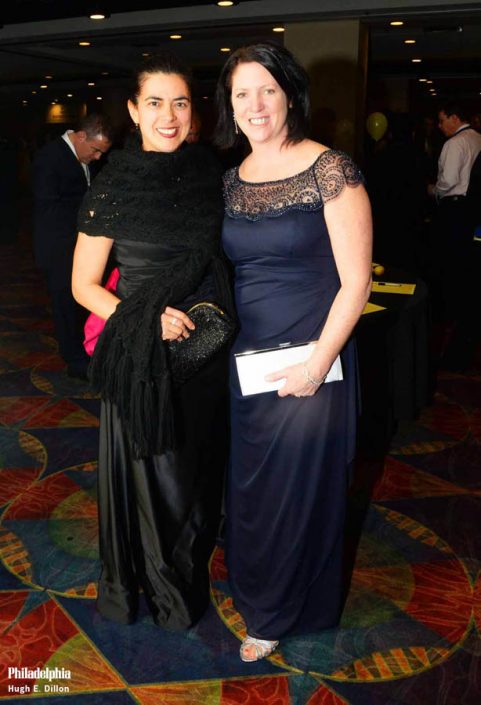 Marie Bruner and Maureen Simpson were looking for their husbands who were bidding up a storm in the sports section of the silent auction. They wanted them to check out all the great trips which were listed in the "experiences" section. 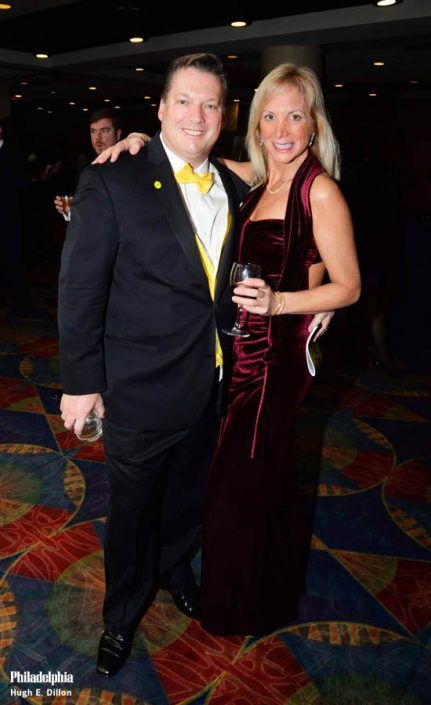 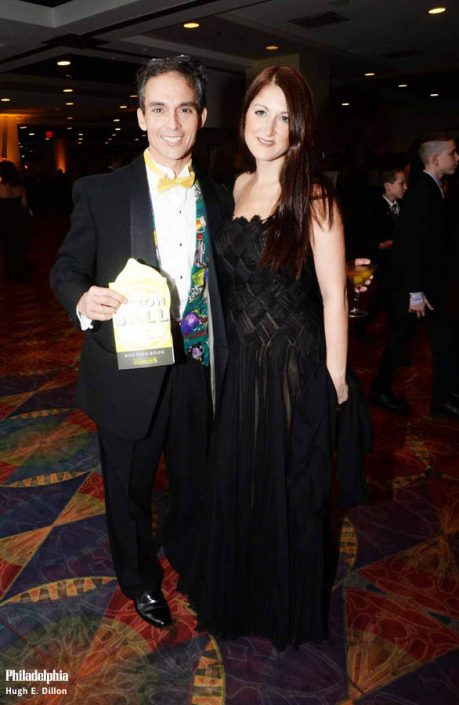 Nace and Regina Mullen were excited to attend another Lemon Ball, especially since it was their first night out after becoming parents to Nace Jr. two months ago. 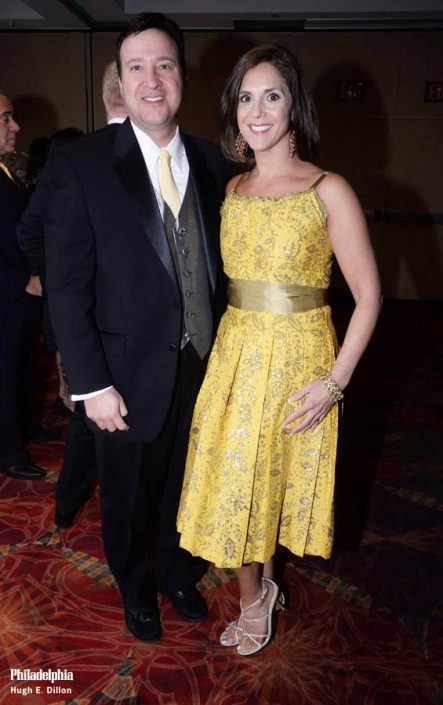 Terry Buckman and Amy Buckman, 6ABC, come to The Lemon Ball every year. I loved Amy's vintage dress, which she tells me was a "A Saving With 6ABC" find. 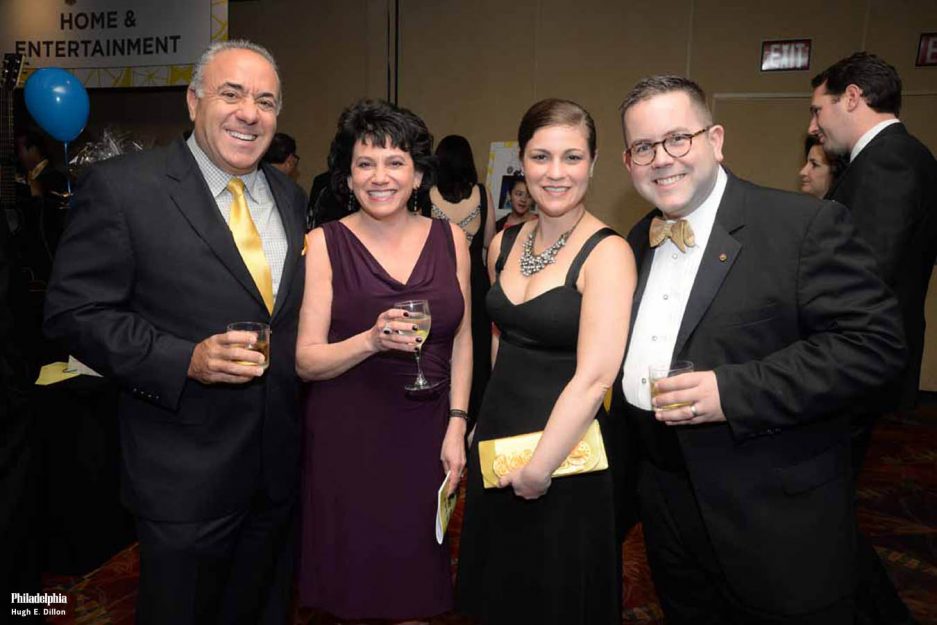 From left: Kurt and MariAnne Titchenell. Kurt is the owner of BVTLive! and the bandleader of Jellyroll. They're with Megan and Billy Handy, executive entertainment sales consultant at BVTLive. They donated the services of the band Strangers last night. This was their sixth year being involved. 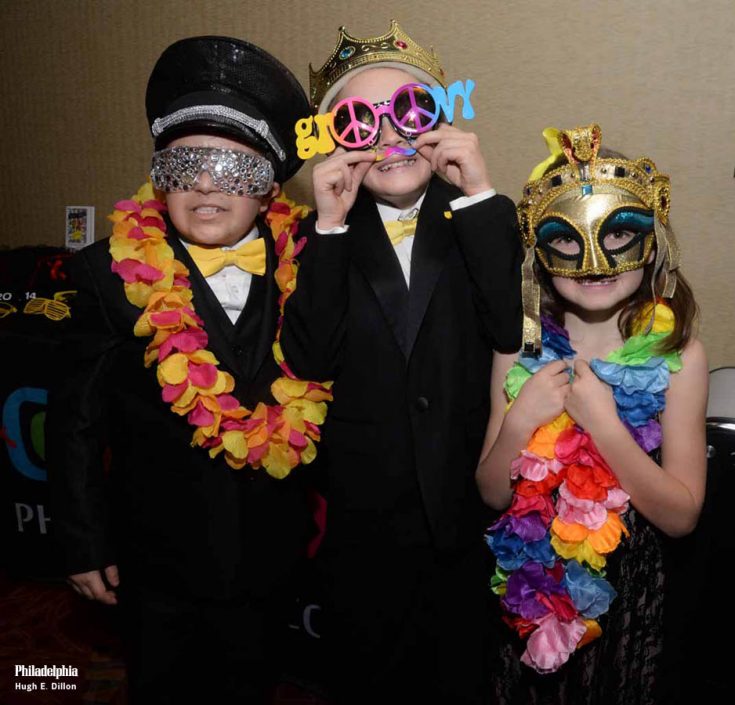 Adorable kids Mario Carpino, Luke Taggart and his sister Kate Taggart get ready for their close-up in the Cool Pix photo booth. 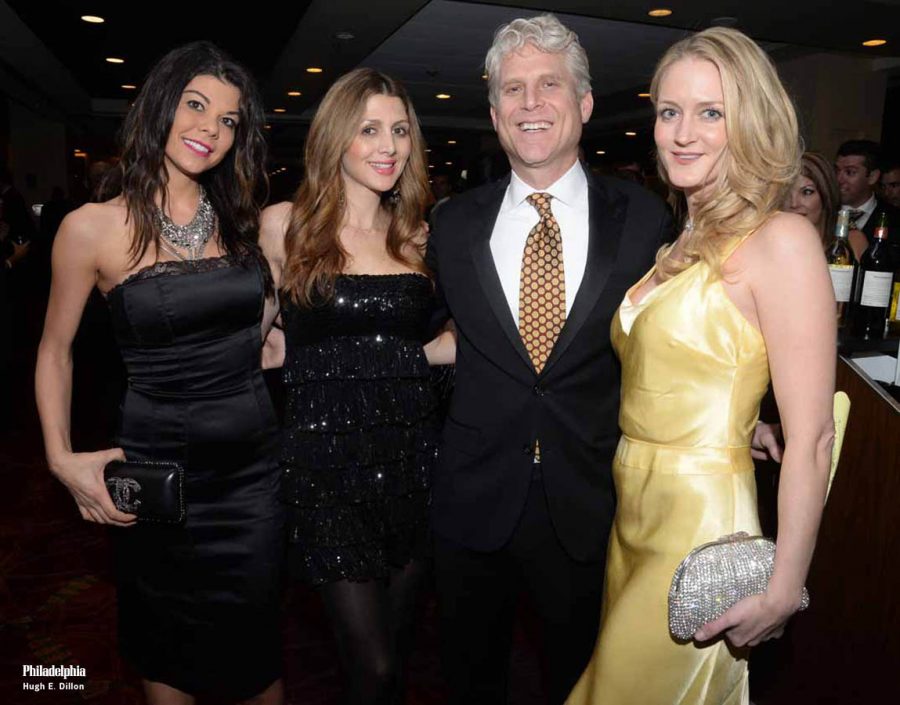 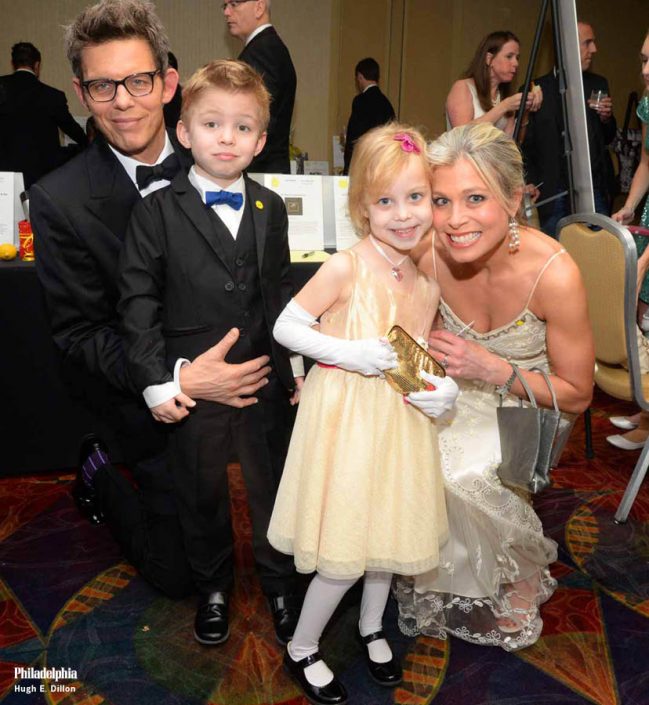 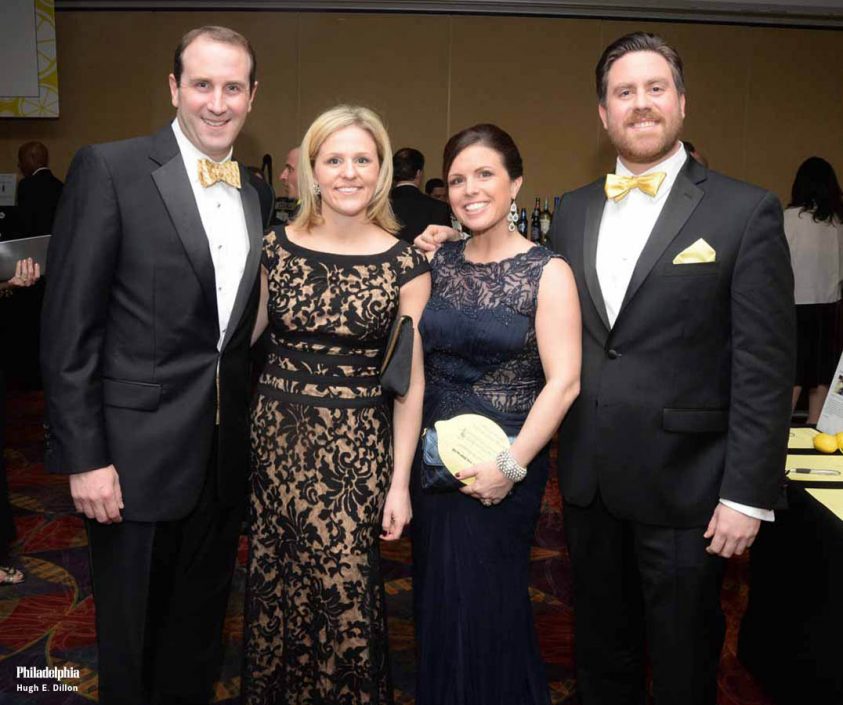 From left: Matt and Julie Shevlin with Megan McDonald and Vin O'Neil. Both girls are wearing Tadashi Shoji from Nordstroms. 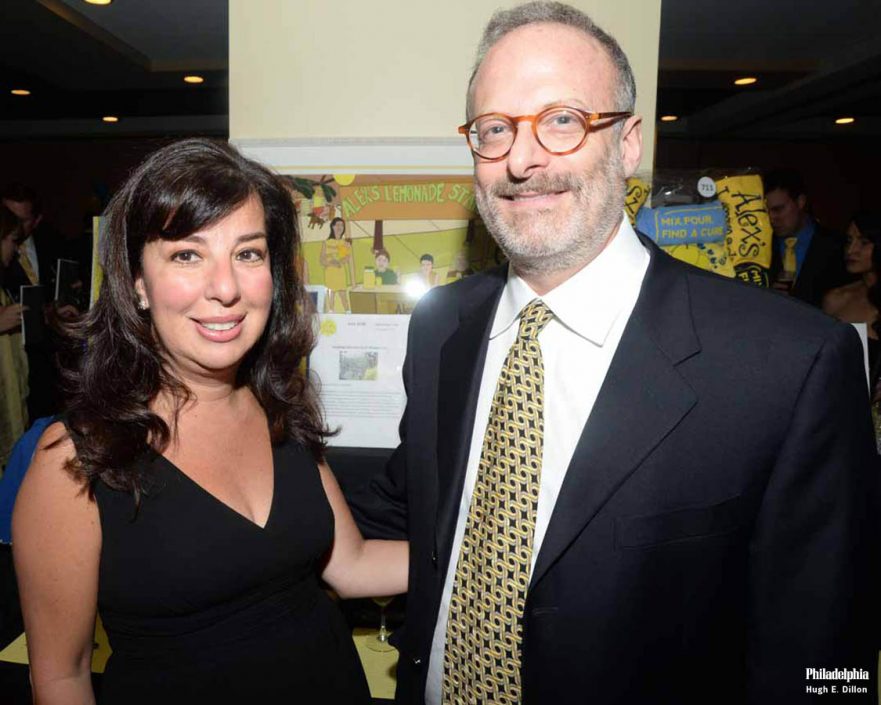 Monica and Jonathan Mandell. Jonathan Mandell is a fine art tile artist living in Bala Cynwyd who created a tile mosiac that was auctioned off at The Lemon Ball. A photo of it is behind them. 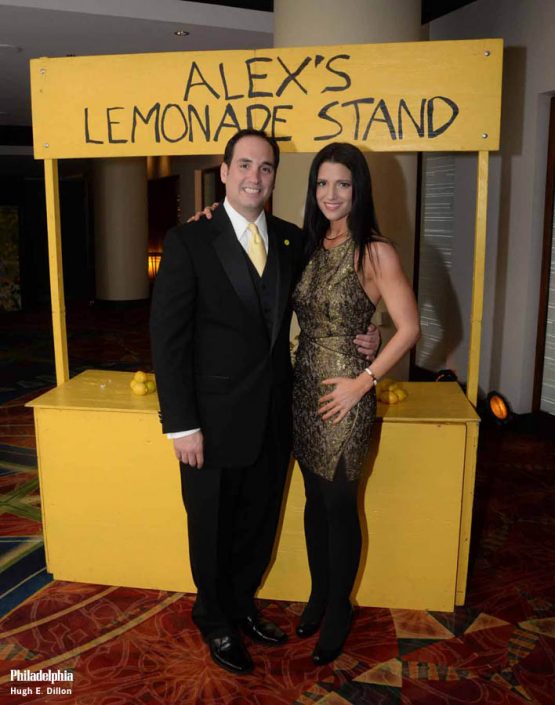 Brett Rosenbloom of Multiflow Industries and Jen Green bought a few of the Govberg keys for $50, which gave them a chance to open a treasure box that could contain a $14,000 tennis bracelet or a $1,000 butterfly brooch. 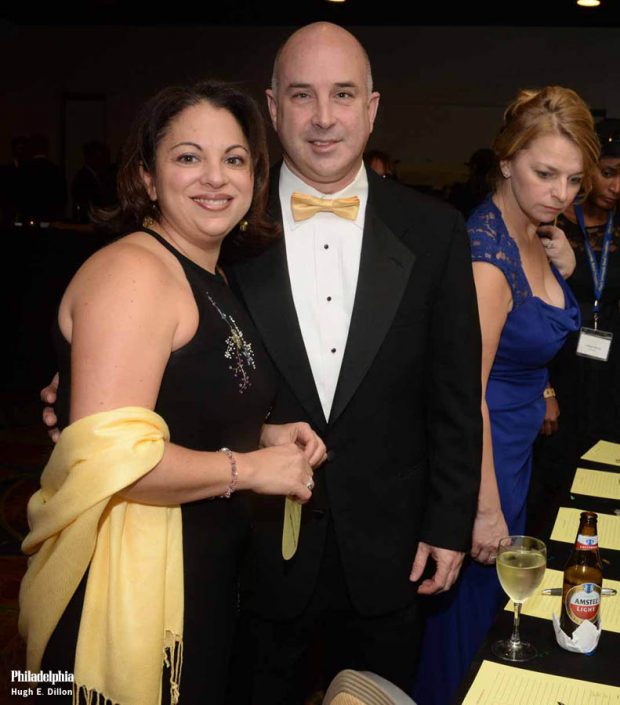 Fran and Bill McElwee are betting they'd win the Devon Horse Show tickets and a dinner at Seasons 52, even though Christele Seal was coming from behind to place her wager. 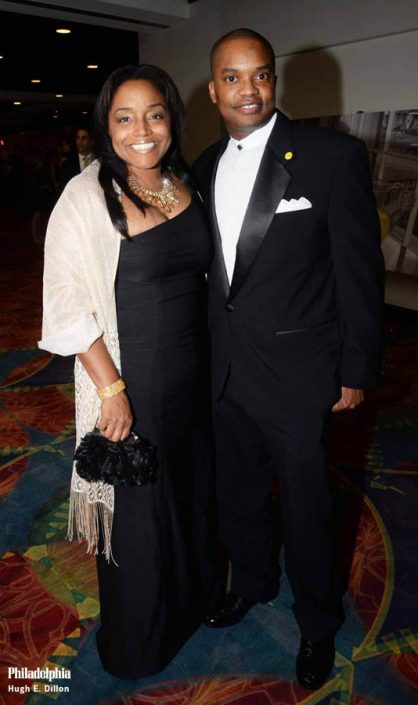 Aubrecia and Donald Houston of Bethlehem-based candy company Just Born, which was one of the evening's sponsors. Just Born is most famous for making Peeps. 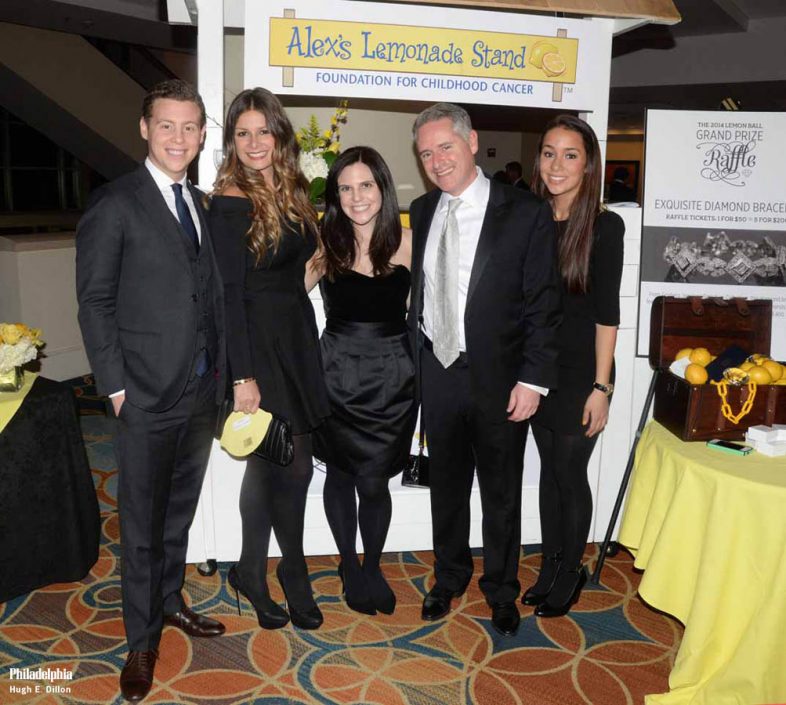 Brian Govberg, Chelsea Wurzak, Caroline Joffe, Keith Joffe and Ali Levy, of Govbergs Jewelers, tell me that they sold out of the 300 keys in the running for the tennis bracelet and broach I spoke about earlier.